3 079 m
Elevation
Elevation is the altitude of a place
above sea level.

1 335 m
Prominence
Peak’s prominence is the least
vertical to be covered to get from the
summit to any other higher terrain.

Proportional Prominence 2 079 m
Location
48.943823 N  -114.171617 W
Kintla Peak (10,106 ft (3,080 m)) is located in the Livingston Range, Glacier National Park in the U.S. state of Montana. Kintla Peak is the tallest mountain in the Livingston Range and the third tallest in Glacier National Park. The mountain is in the remote northwest corner of the park and requires a hike of almost 15 miles (24 km) from the nearest road just to reach the base of the mountain. The Agassiz Glacier lies below the mountain to the southeast.

Kintla Peak is named after the Kintla Lakes where Kintla originates from the Kootenai word for "sack". Kootenai legend states that a man had apparently drowned in one of the lakes which likened the lake to a sack where "once you got in, you couldn't get out". 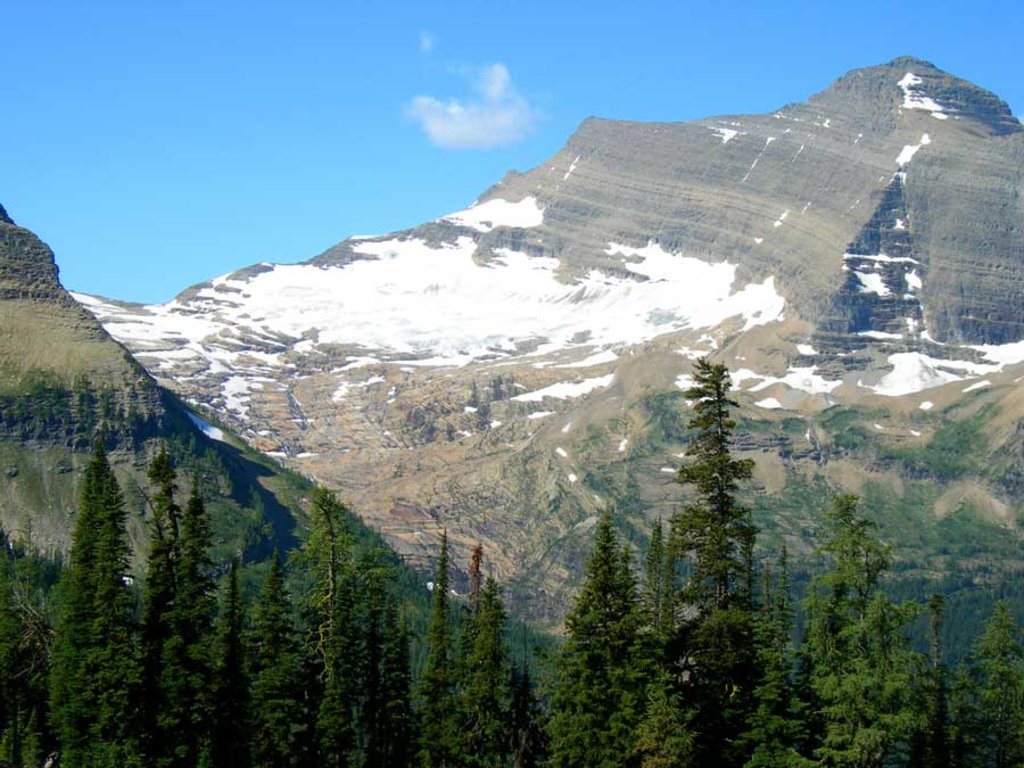