3 036 m
Elevation
Elevation is the altitude of a place
above sea level.

459 m
Prominence
Peak’s prominence is the least
vertical to be covered to get from the
summit to any other higher terrain.

Location
48.956111 N  -114.165801 W
Kinnerly Peak (9,949 ft (3,032 m)) is located in the Livingston Range, Glacier National Park in the U.S. state of Montana. It is approximately 1 mile (1.6 km) north of Kintla Peak, the highest peak in the Livingston Range, and 3 miles (4.8 km) south of the Canada–United States border. Both peaks are in the remote northwest corner of the park. Kinnerly Peak is the eighth tallest peak in Glacier National Park.

Kinnerly Peak is notable for its huge north face, which rises steeply from Upper Kintla Lake. From the lake to the summit is an elevation gain of 5,573 feet (1,699 m) in approximately a horizontal 1 mile (1.6 km). 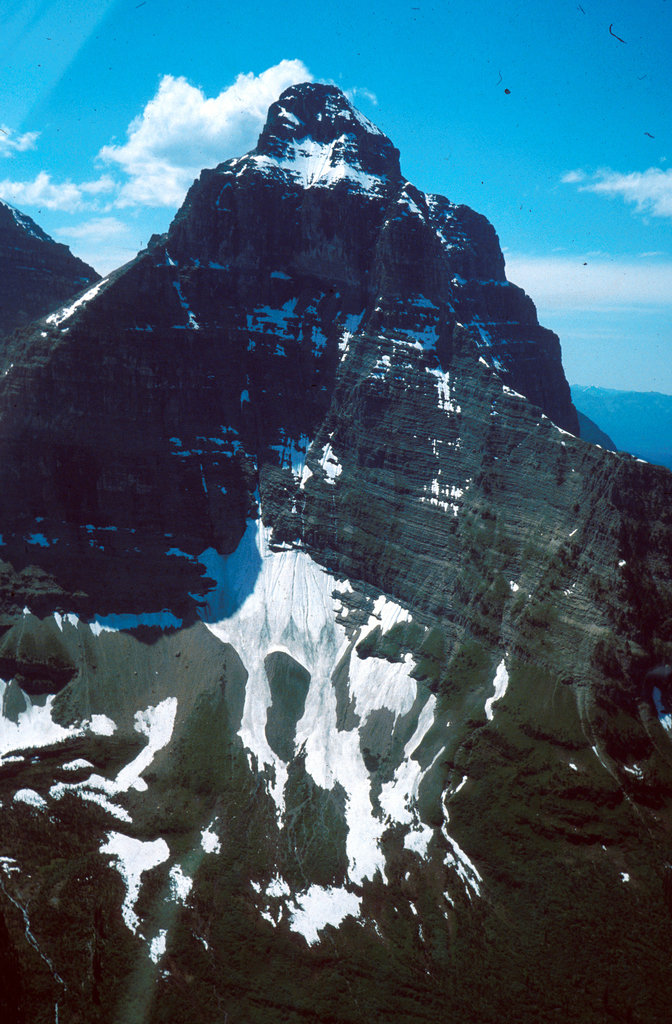 3D View
Kinnerly Peak model
Ranges
Parks
Check out a downloadable 3D model of Kinnerly Peak area. A higher resolution model can be found in the PeakVisor mobile app.
Do you have photos of Kinnerly Peak or know something about it? Please let us know!