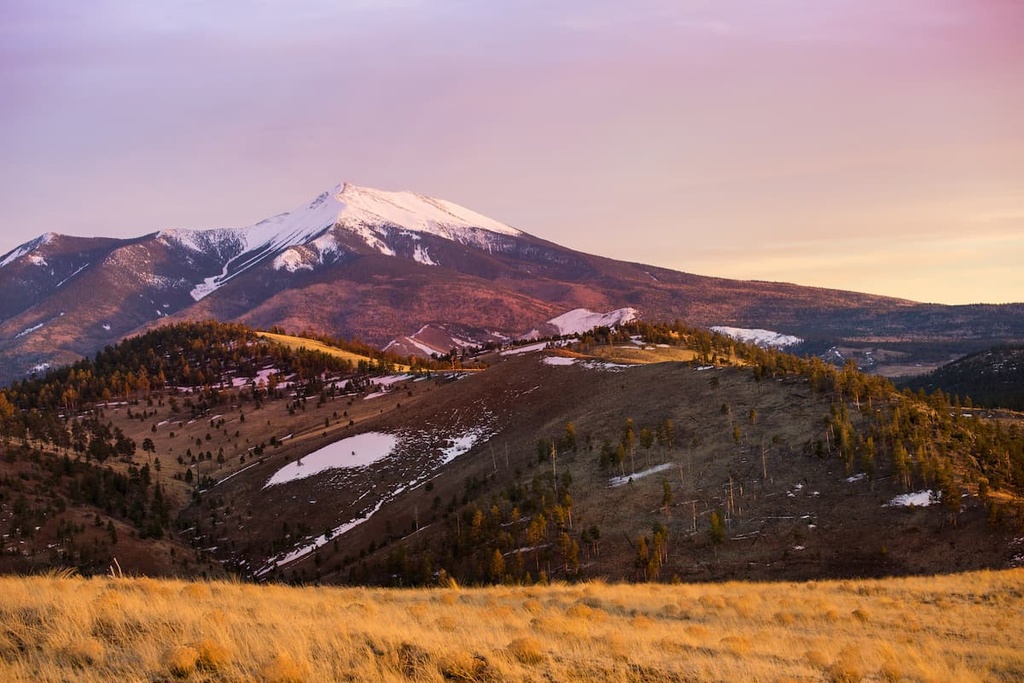 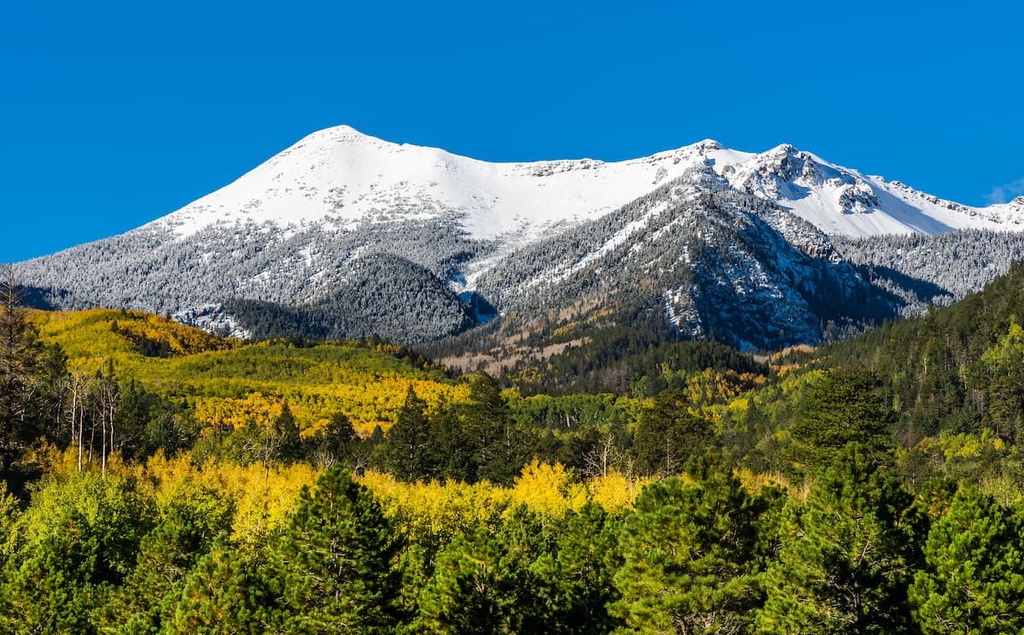 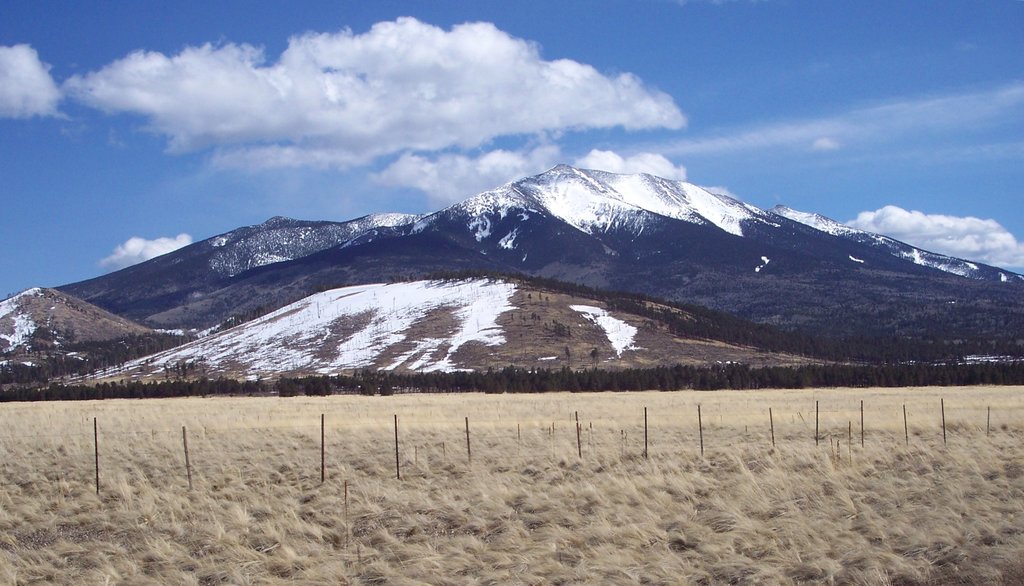 Show 1 photos
Add photo
3 851 m
Elevation
Elevation is the altitude of a place
above sea level.

1 840 m
Prominence
Peak’s prominence is the least
vertical to be covered to get from the
summit to any other higher terrain.

Humphreys Peak (Hopi: Aaloosaktukwi, Navajo: Dookʼoʼoosłííd) is the highest natural point in the U.S. state of Arizona, with an elevation of 12,633 feet (3,851 m) and is located within the Kachina Peaks Wilderness in the Coconino National Forest, about 11 miles (17.7 km) north of Flagstaff, Arizona. Humphreys Peak is the highest of a group of extinct volcanic peaks known as the San Francisco Peaks.

The summit can be most easily reached by hiking the 4.8 miles (7.7 km) long Humphreys Summit Trail that begins at the Arizona Snowbowl ski resort in the Coconino National Forest.

Humphreys Peak was named in about 1870 for General Andrew A. Humphreys, a U.S. Army officer who was a Union general during the American Civil War, and who later became Chief of Engineers of the United States Army Corps of Engineers. However, a General Land Office map from 1903 showed the name San Francisco Peak applied to this feature (apparently borrowed from San Francisco Mountain on which the peak stands). Thus the United States Board on Geographic Names approved the variant name in 1911. In 1933, the application of the names was rectified.
There's a trail called Humpherys Peak Trail leading to the summit. Humphreys Peak is one of the 2 peaks along the Humphreys Summit Trail #151.