Hawksbill map
Go to camera
Teleport
Zoom in
Zoom out

1 232 m
Elevation
Elevation is the altitude of a place
above sea level.

658 m
Prominence
Peak’s prominence is the least
vertical to be covered to get from the
summit to any other higher terrain.

Proportional Prominence 880 m
Location
38.555226 N  -78.395174 W
Hawksbill Mountain is a mountain with an elevation of 4,050 feet (1,230 m). Marking the border between Madison County and Page County in Virginia, the summit of Hawksbill Mountain is the highest point in Shenandoah National Park, as well as the highest point in both Madison and Page counties.

The north face of Hawksbill Peak is a 2,500-foot (760 m) drop into Timber Hollow, which is the largest elevation change in the park. The summit is one of the few places in Shenandoah National Park where one can find balsam fir, a tree more typical of northern New England and southeast Canada. Red spruce was once found near the summit but the last of the trees died out over 20 years ago.

The National Park Service has constructed a stone observation platform at the summit. Byrd's Nest No. 2, one of a series of shelters built in the park by Senator Harry Byrd, is nearby. Hawskbill peak is also the site of a peregrine falcon restoration project. The summit of Hawksbill Mountain can be reached by a short hike from a trailhead located at the Upper Hawksbill parking area, just off of Skyline Drive in Shenandoah National Park. A number of other hiking trails lead to the summit of Hawksbill, while the Appalachian Trail goes around and about 500 ft (150 m) in elevation below the summit.
There's a hiking trail (T2) called Hawksbill Trail/Byrds Nest #2 Road leading to the summit. Hawksbill is one of the 1 peaks along the Hawksbill Fire Road. 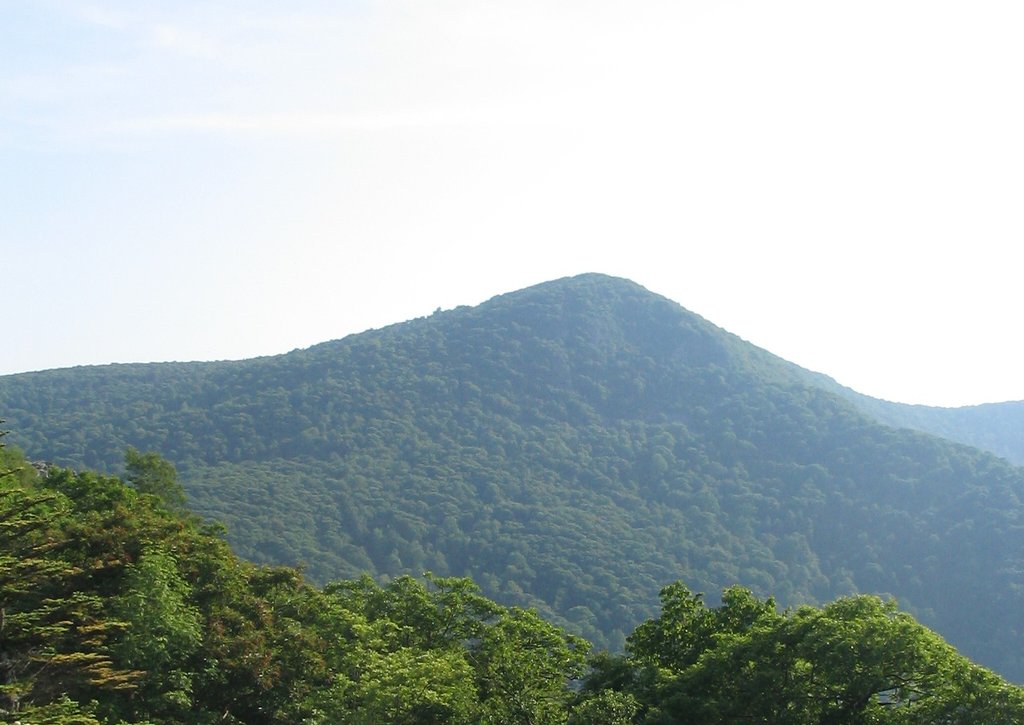