2 805 m
Elevation
Elevation is the altitude of a place
above sea level.

1 456 m
Prominence
Peak’s prominence is the least
vertical to be covered to get from the
summit to any other higher terrain.

Proportional Prominence 2 000 m
Location
46.899748 N  9.467378 E
The Calanda is a mountain in the Glarus Alps with two main peaks Haldensteiner Calanda (highest) and Felsberger Calanda (2697 m), both located on the border between the cantons of St. Gallen and Graubünden in eastern Switzerland. It looms over Chur, the capital city of Graubünden.

Although other peaks with 286 metres Topographic prominence (for the Felsberger Calanda) would claim to be called mountain on their own, within this massive it is commonly spoken of only one mountain with different peaks due to its sole position - cut off by an old route of the Rhine river through Tamina Valley to its northwestern face and the actual Rhine Valley to the south and east.

The name Calanda derives from the Latin "calare", roughly meaning roll down, which refers to the ever-moving southern face that can be seen at Felsberg and is still an active rock slide.

Due to the much steeper descent to the northwesterly Tamina valley most of the mountain lies on the territory of the canton of Graubünden within the municipalities of Mastrils, Untervaz, Haldenstein, Felsberg and Tamins, whereas all of the Tamina valley side north of the territory of Tamins (which reaches north across the Kunkels pass) lies in the Canton of St. Gallen and the municipality of Pfäfers.

Some secondary peaks are called Rossfallenspitz and Güllenchopf, whereas the names of Berger Calanda and Taminser Calanda do refer to points that could not really be called a peak but mark the end of a respective ridge.

On the northerly plateau of Felsberger Calanda there can be regularly seen Ibexes.

On the Haldenstein territory there is an alpine club mountain hut Calandahütte on 2073 m. The summits can be reached from south on a Swiss grade T3, (Felsberger Calanda T4) which requests experience in hiking and an absence of Acrophobia to a certain degree.

At Felsberg, the local produced wine is called Goldene Sonne, a reminder of a gold mine in the southern face of Calanda.
There's a demading hiking trail (T3) leading to the summit. 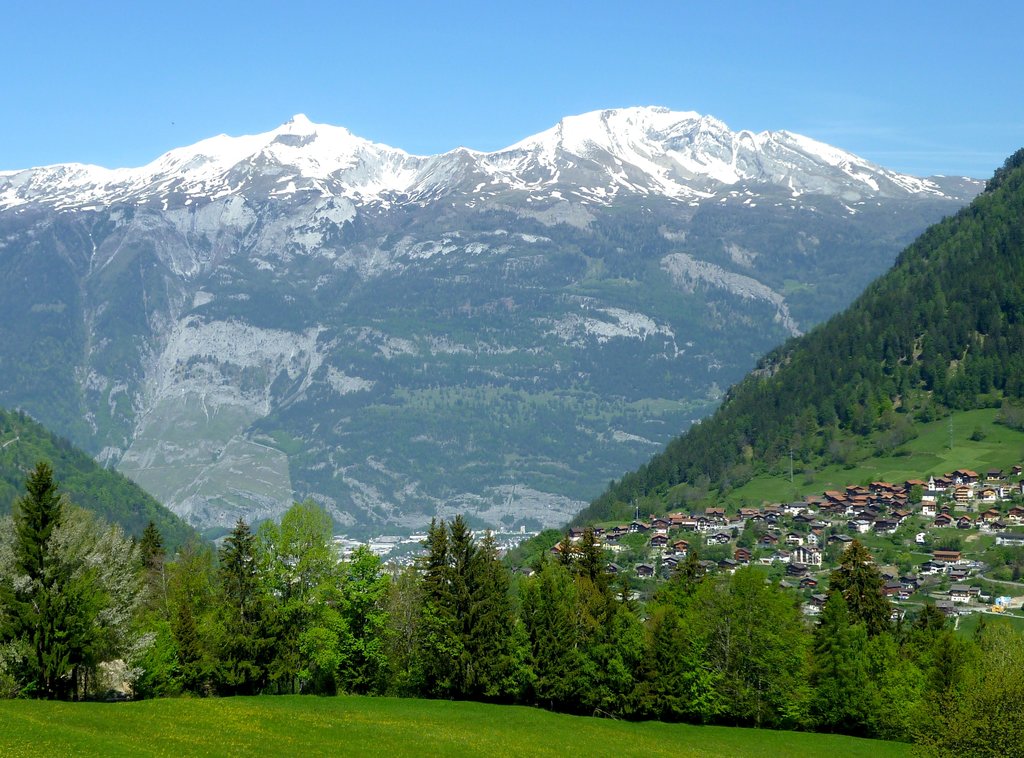