The first ascent of the highest peak of the mountain (Pointe Walker) was by Horace Walker with guides Melchior Anderegg, Johann Jaun and Julien Grange on 30 June 1868. The second-highest peak on the mountain (Pointe Whymper, 4,184 m; 13,727 ft) was first climbed by Edward Whymper, Christian Almer, Michel Croz and Franz Biner on June 24, 1865, using what has become the normal route of ascent and the one followed by Walker's party in 1868.

The summits on the mountain (from east to west) are:

46 m
Prominence
Peak’s prominence is the least
vertical to be covered to get from the
summit to any other higher terrain. 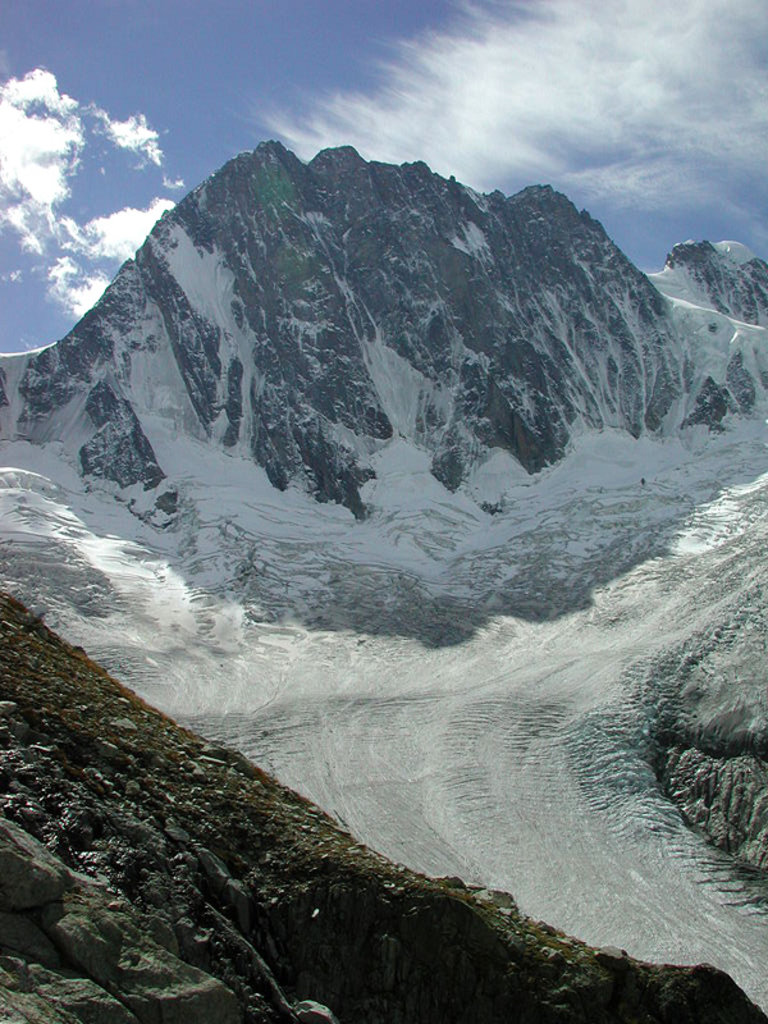