Gasherbrum I map
Go to camera
Teleport
Zoom in
Zoom out

8 080 m
Elevation
Elevation is the altitude of a place
above sea level.

2 197 m
Prominence
Peak’s prominence is the least
vertical to be covered to get from the
summit to any other higher terrain.

Proportional Prominence 6 727 m
Ultra
Mountains with prominence of 1 ⁠500 ⁠m / 4 ⁠921 ⁠ft or more.
Location
35.72447 N  76.696381 E
Gasherbrum I (Urdu: گاشر برم -1‎; simplified Chinese: 加舒尔布鲁木I峰; traditional Chinese: 加舒爾布魯木I峰; pinyin: Jiāshūěrbùlǔmù I Fēng), surveyed as K5 and also known as Hidden Peak, is the 11th highest mountain in the world at 8,080 metres (26,510 ft) above sea level. It is located on the Pakistani–Chinese border in Gilgit–Baltistan region of Pakistan and Xinjiang region of China. Gasherbrum I is part of the Gasherbrum massif, located in the Karakoram region of the Himalaya. Gasherbrum is often claimed to mean "Shining Wall", presumably a reference to the highly visible face of the neighboring peak Gasherbrum IV; but in fact it comes from "rgasha" (beautiful) + "brum" (mountain) in Balti, hence it actually means "beautiful mountain."

Gasherbrum I was designated K5 (meaning the 5th peak of the Karakoram) by T.G. Montgomerie in 1856 when he first spotted the peaks of the Karakoram from more than 200 km away during the Great Trigonometric Survey of India. In 1892, William Martin Conway provided the alternate name, Hidden Peak, in reference to its extreme remoteness. 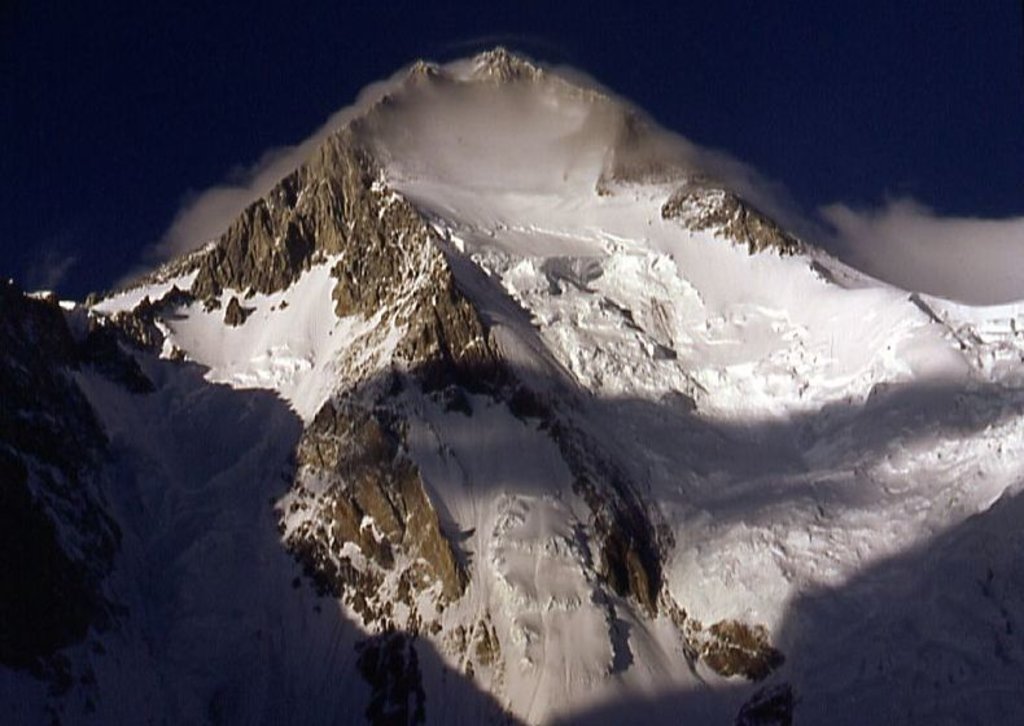 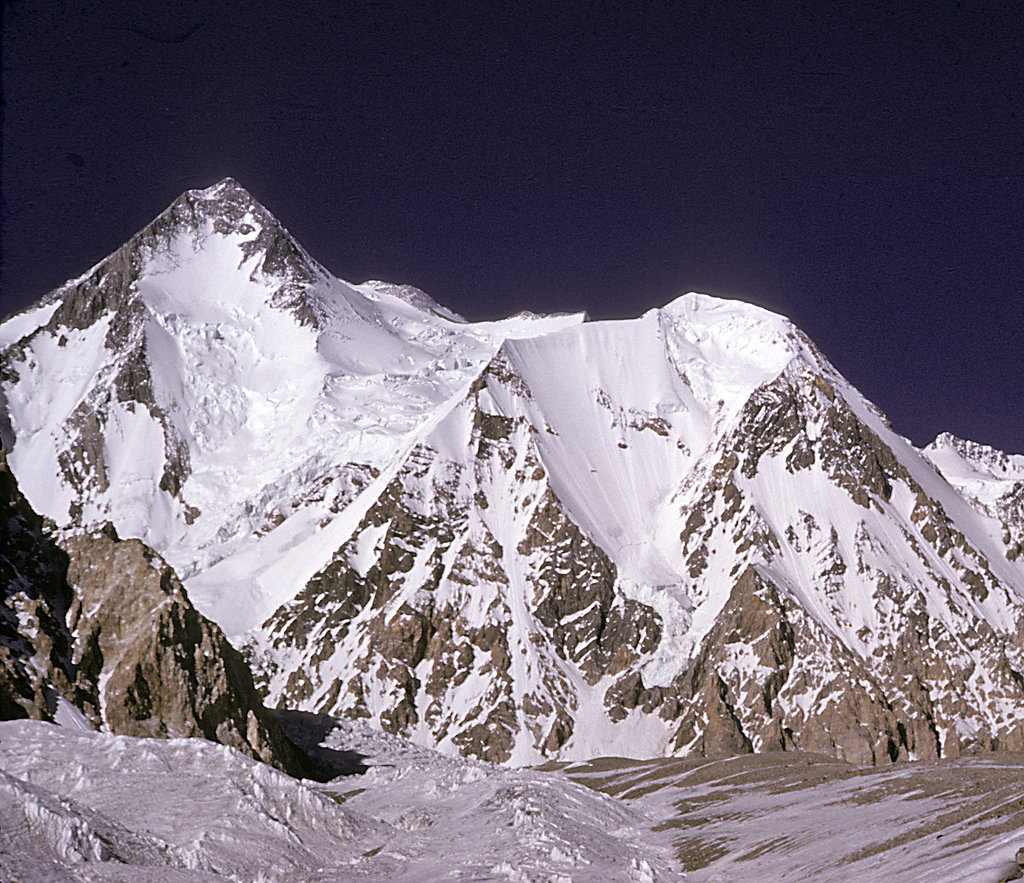 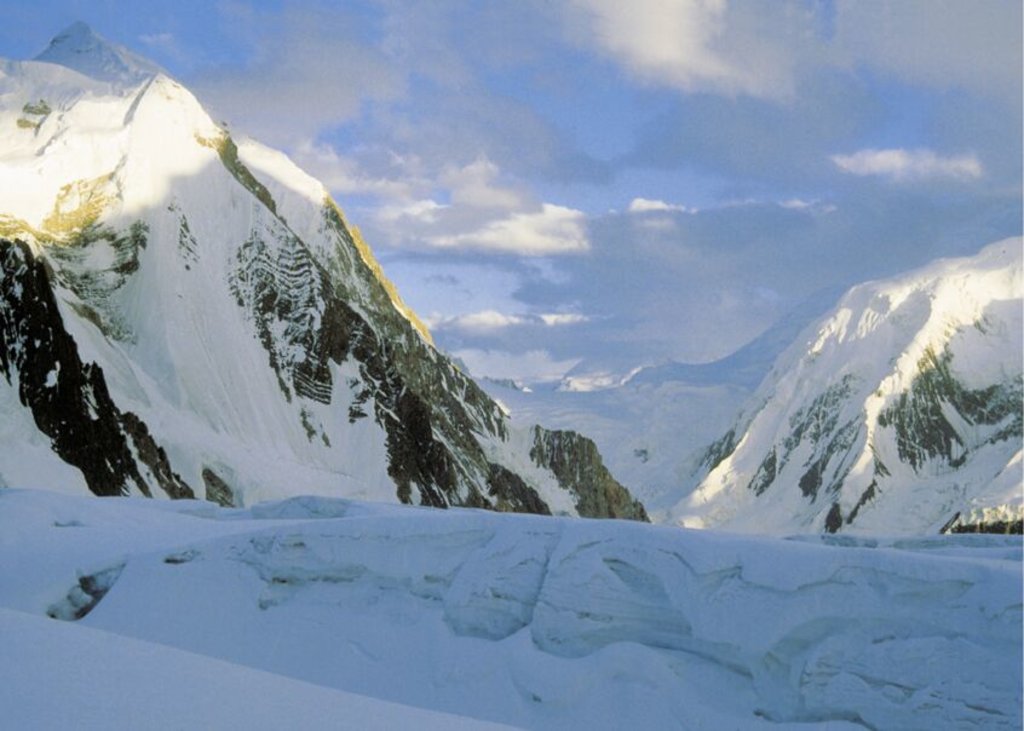