1 128 m
Elevation
Elevation is the altitude of a place
above sea level.

862 m
Prominence
Peak’s prominence is the least
vertical to be covered to get from the
summit to any other higher terrain.

TGO40
The Great Outdoors Britain's 40 Finest Mountains.
Munro
Mountains in Scotland with a height of over 914 m / 3 000 ft bear a special name, the Munros. They are named after Sir Hugh Munro, the 4th Baronet (1856–1919), who produced the first list of such hills, known as Munro’s Tables, in 1891.
Location
56.951813 N  -4.602167 W
Creag Meagaidh is a mountain on the northern side of Glen Spean in Scotland. It is a complex mountain, taking the form of a flat summit plateau from which five ridges radiate, and is most famed for the cliffs surrounding the corrie of Coire Ardair on the north-eastern face. These crags are a renowned venue for winter and ice climbing, though being somewhat vegetated they are less suited to "normal" climbing.

The name Creag Meagaidh is also applied to refer to the neighbouring peaks of Stob Poite Coire Ardair and Carn Liath, which together may be termed the Creag Meagaidh range.

Creag Meagaidh is designated as both a Special Protection Area and a National Nature Reserve, and the number of grazing animals is controlled. This has led to a regrowth of the native woodland of birch, alder, willow, rowan and oak. The site is also an important breeding ground for many species of birds, in particular the dotterel Charadrius morinellus. 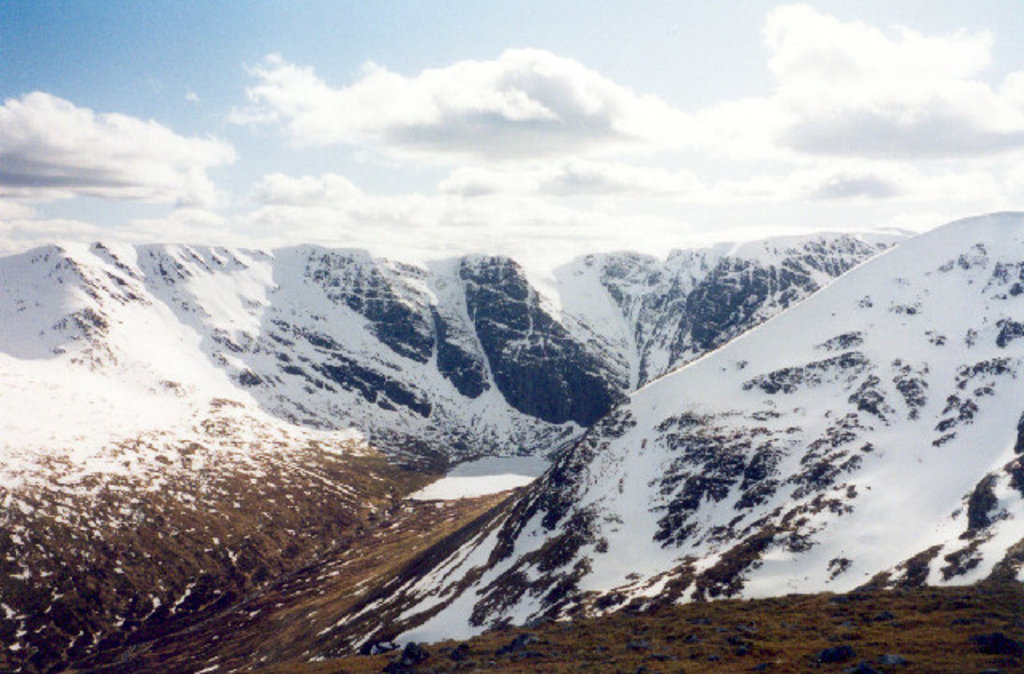