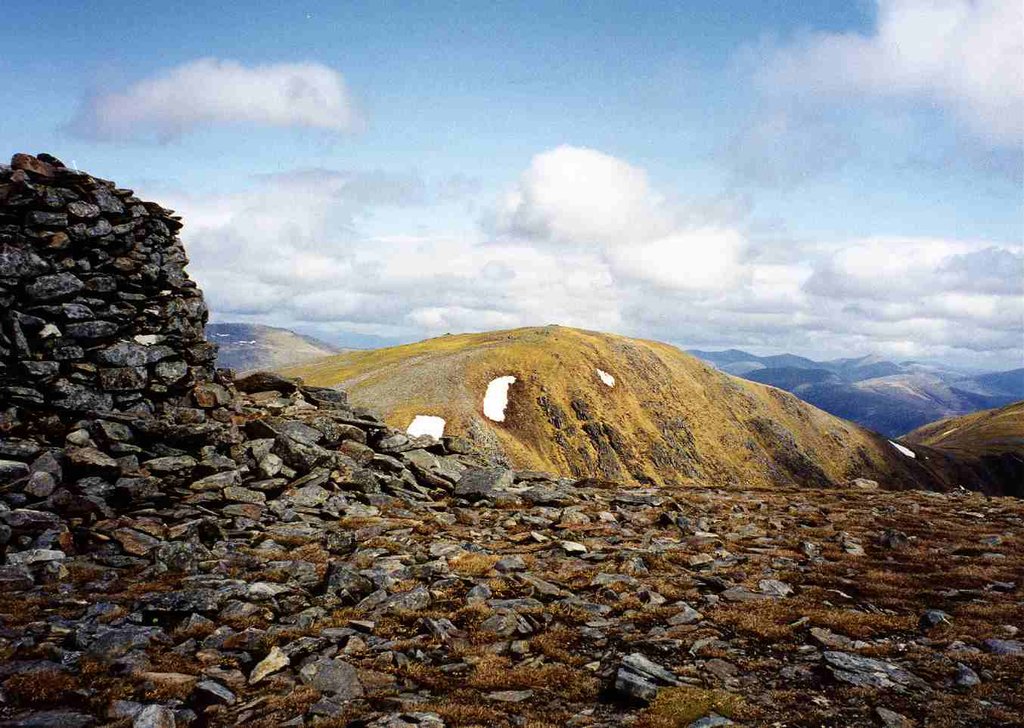 Add photo
1 183 m
Elevation
Elevation is the altitude of a place
above sea level.

1 138 m
Prominence
Peak’s prominence is the least
vertical to be covered to get from the
summit to any other higher terrain.

Càrn Eige, sometimes spelt Càrn Eighe, is a mountain in the north of Scotland. At an elevation of 1,183 metres (3,881 ft) above sea level, it is the highest mountain in northern Scotland (north of the Great Glen), the twelfth-highest summit above sea level in the British Isles, and, in terms of relative height (topographic prominence), it is the second-tallest mountain in the British Isles after Ben Nevis (its "parent peak" for determination of topographic prominence). The highpoint of the historic county of Ross and Cromarty, it is the twin summit of the massif, being mirrored by the 1,181-metre (3,875 ft) Mam Sodhail, to the south on the same ridge.

Administratively, it is in the Highland council area, on the boundary between the historic counties of Inverness and Ross and Cromarty, on the former lands of the Clan Chisholm. The mountain is difficult to access, being 10 kilometres (6.2 mi) from the nearest road, and its sub-peak to the north is even more inaccessible.
There's a trail leading to the summit.