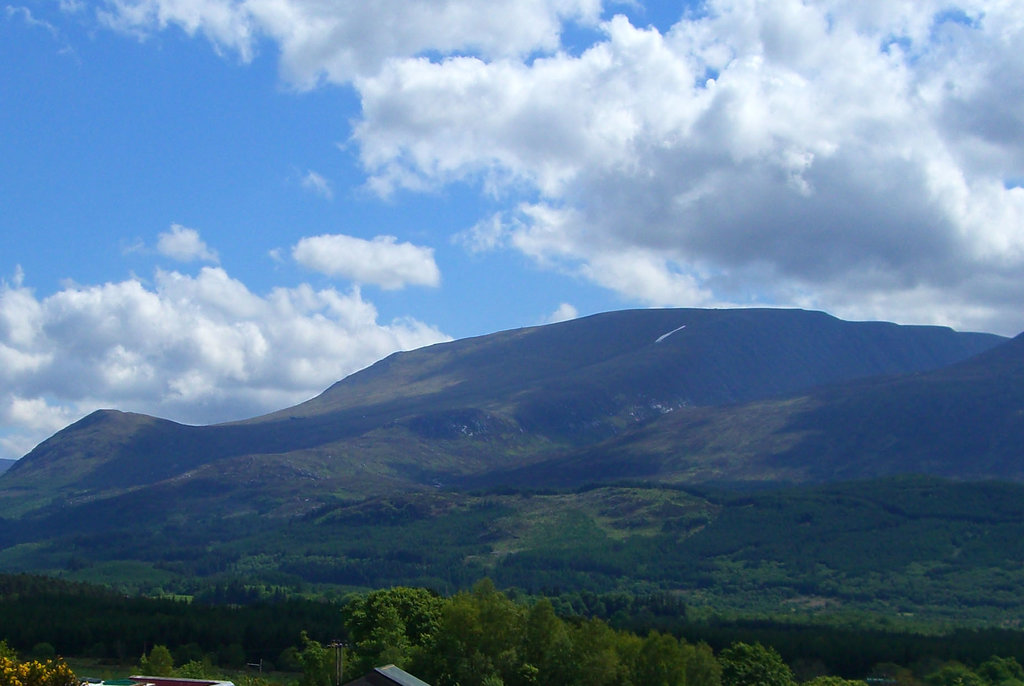 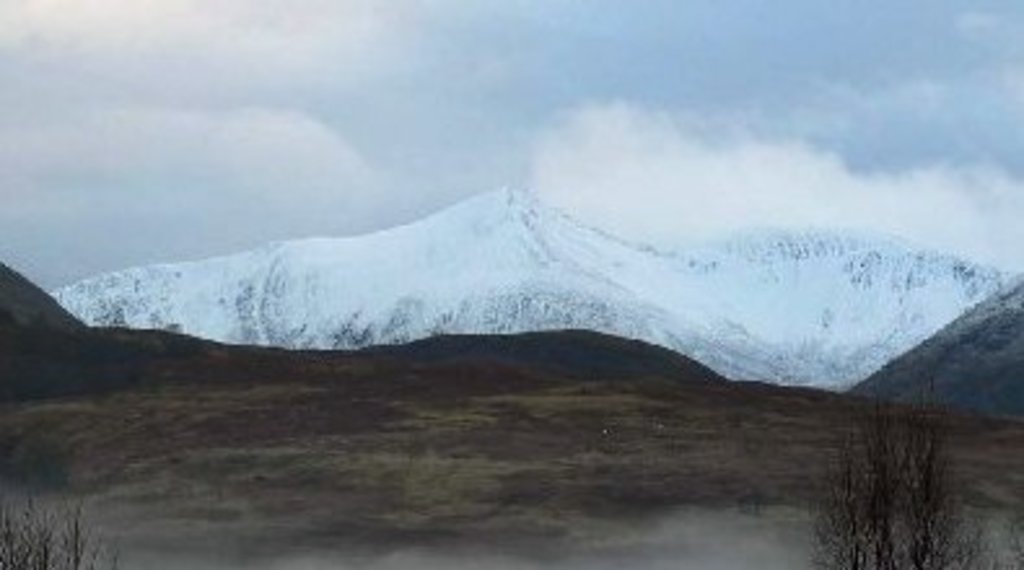 Add photo
1 221 m
Elevation
Elevation is the altitude of a place
above sea level.

133 m
Prominence
Peak’s prominence is the least
vertical to be covered to get from the
summit to any other higher terrain.

"Nevis range" redirects here. Nevis range can also be used to refer to the range of mountains around Ben Nevis, at the western end of the Grampians.

Aonach Mòr is a mountain in the Highlands of Scotland. It is located about 2 miles/ 3 km north east of Ben Nevis on the south side of Glen Spean, near the town of Fort William . The Nevis Range ski area is located on the northern slopes of the peak; the use of this name has inspired some controversy, as it has been considered by some to represent a deliberate changing of an indigenous name.

The name Aonach Mòr implies that the mountain is bigger than its close neighbour to the south, Aonach Beag (small ridge), to which it is linked by a high bealach. However, the names refer to the relative bulk of the mountains when seen from the glen, rather than their altitude above sea level: the summit of Aonach Mòr is in fact 13 metres lower than the summit of Aonach Beag.

The ski resort was opened in 1989 and features a gondola lift and several chairlifts and ski tows. In winter these are used for skiing and snowboarding; in summer the gondola is used for lifting riders to the top of the downhill mountain biking track. It is also used by paraglider pilots to reach a variety of launching points.

The easiest route of ascent is to simply take the gondola to the top station (a height of 650 m (2,100 feet) above sea level), and walk the remaining way. More traditionally, the hill is often climbed from the south from Glen Nevis;. Aonach Mòr is almost invariably climbed in conjunction with Aonach Beag.

Aonach Mor's Coire an Lochain holds one of Scotland's longest-lasting snow-patches (grid reference NN193736), which sits at an altitude of 1120m. During Cyclone Bodil, Aonach Mòr was hit by the highest gust of 142mph during the storm.
There's a trail leading to the summit.