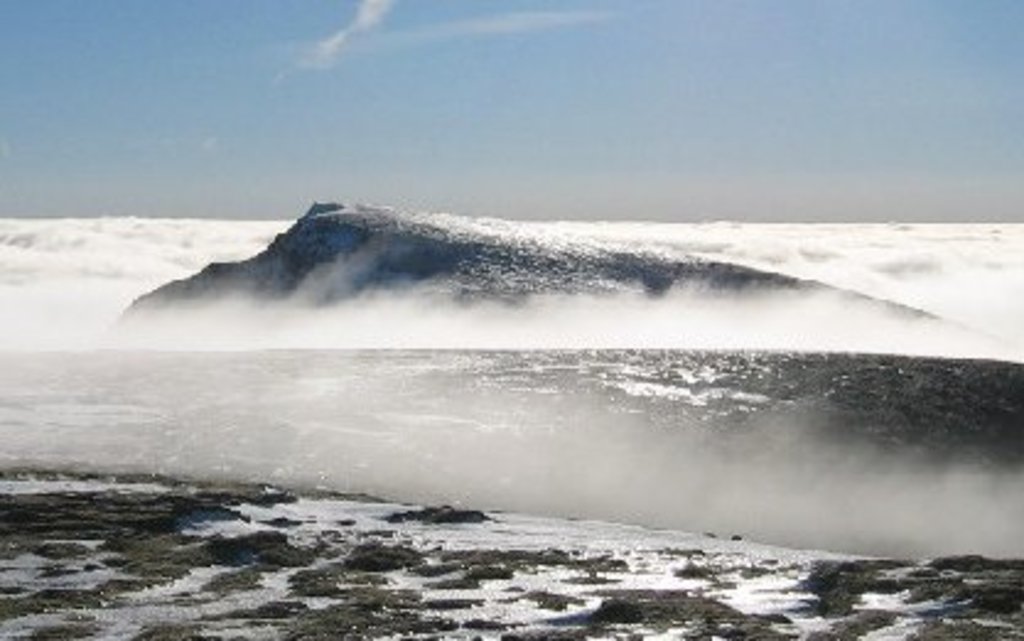 Add photo
1 234 m
Elevation
Elevation is the altitude of a place
above sea level.

404 m
Prominence
Peak’s prominence is the least
vertical to be covered to get from the
summit to any other higher terrain.

Aonach Beag is a mountain in the Highlands of Scotland. It is located about 3 km east of Ben Nevis on the north side of Glen Nevis, near the town of Fort William. Apart from Ben Nevis, Aonach Beag is the highest peak in the British Isles outwith the Cairngorm mountains of eastern Scotland. In Gaelic, Aonach means 'fair' and Cairngorm means 'blue cairn'. The word 'cairn' means a collection of stones erected as a memorial or landmark.

Aonach Beag is linked to its close neighbour to the north, Aonach Mòr, by a high saddle or bealach. The name Aonach Beag (small ridge) might imply that this mountain is smaller than Aonach Mòr (big ridge). However, Aonach Beag is higher; the names refer to the relative bulk of the two mountains rather than their altitude.

The easiest way up is to take the gondola lift serving the Nevis Range ski area on Aonach Mòr (a height of 650 m above sea level), and follow the ridge joining the two peaks. More traditionally, the hill is often climbed from the south from Glen Nevis. This way the walker avoids the paraphernalia associated with the ski development. Aonach Beag is almost invariably climbed in conjunction with Aonach Mòr.

Aonach Beag's north face holds one of Scotland's longest-lying snow patches (grid reference NN196718), which sits at the bottom of the climb known as 'Queen's View' at an altitude of about 950m. This patch has been known to last through to the first lasting snows of the new winter, and was present continuously from late 2006 to late November 2011.
There's a trail leading to the summit.