Bützistock map
Go to camera
Teleport
Zoom in
Zoom out

2 496 m
Elevation
Elevation is the altitude of a place
above sea level.

270 m
Prominence
Peak’s prominence is the least
vertical to be covered to get from the
summit to any other higher terrain.

The terrain around Bützistock is mainly mountainous, but the nearest surrounding area is hilly. The highest point nearby is Piz Sardona, 3,056 meters (roughly 10,026 ft) above sea level, 13 km (roughly 8.1 miles) south of Bützistock. The closest locality is Engi on the southern side.

The area around Bützistock consists mainly of grassland. Around Bützistock, it is quite sparsely populated, with 38 inhabitants per square kilometer. Tundra climate prevails in the area. The annual average temparature in the area is -1 °C (30.2 °F). The warmest month is July, when the average temperature is 10 °C (50 °F), and the coldest is January, with -12 °C (10.4 °F). The average annual precipitation for the area is 1,929 mm (roughly 76 in). The rainiest month is November, with an average rainfall of 246 mm (roughly 9.7 in), and the driest is March, with 78 mm (roughly 3.1 in).
The nearest mountain hut is Murgseehütte located 1 905m/6 249ft WNW of the summit. 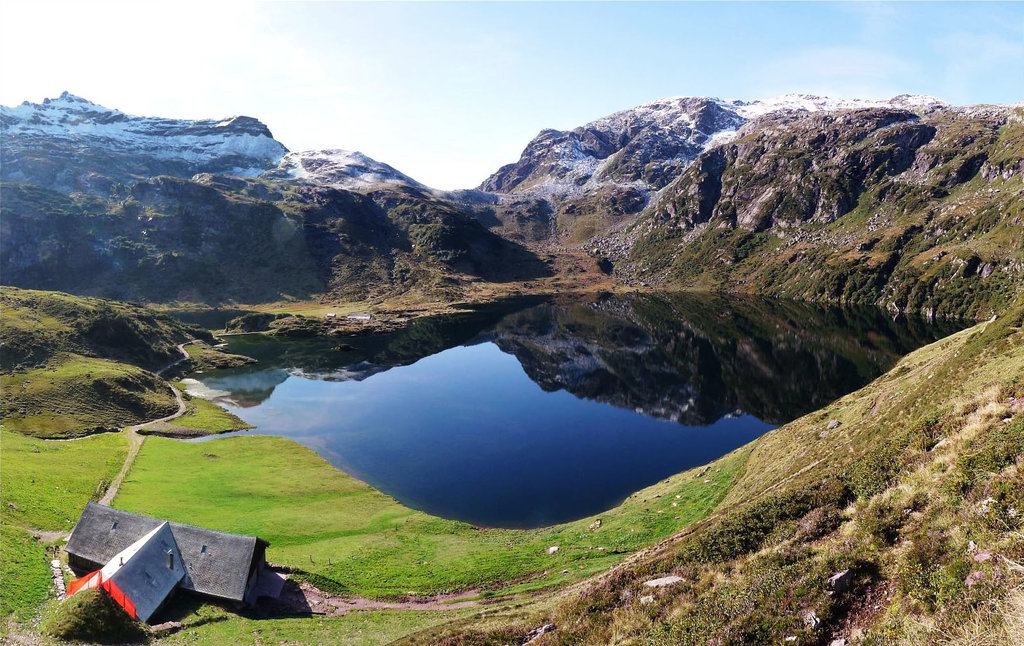 Twärchamm
Start
1 631 m
End
1 820 m
Show all 14 lifts
Show only 10 lifts
All mountain lifts in region
Check out a downloadable 3D model of Bützistock area. A higher resolution model can be found in the PeakVisor mobile app.
Do you have photos of Bützistock or know something about it? Please let us know!