708 m
Elevation
Elevation is the altitude of a place
above sea level.

135 m
Prominence
Peak’s prominence is the least
vertical to be covered to get from the
summit to any other higher terrain.

Proportional Prominence 376 m
Location
42.044816 N  -73.455287 W
Bear Mountain, is a prominent peak of the southern Taconic Mountains. It lies within the town of Salisbury, Connecticut, in the United States, and is the highest mountain summit in the state of Connecticut. The highest point in the state, however, is located on the south slope of Mount Frissell 1.3 miles (2.1 km) to the west at 2,379 feet (725 m). Much of the mountain is protected as part of the viewshed and corridor of the Appalachian National Scenic Trail, which crosses the summit grounds. From the summit the view includes Twin Lakes and cultivated fields to the east, the Catskills and nearby Taconic peaks to the west, and Massachusetts' Mount Everett and Mount Race to the north. Though the mountain's elevation is commonly reported at 2316', the elevation near its stone monument tower, the proper summit lies approximately 125 feet northwest of the tower, accessible by a herd path following the mountain's abandoned Bee Line Trail to the Northwest Camp owned by the Connecticut Chapter of the Appalachian Mountain Club. The mountain is noted for its old growth scrub forest of pitch pines, birch, oak and other short-statured trees, much like its neighbors, Mounts Everett and Race, for its numerous wild blueberry bushes which produce in late July and early August, and for its rattlesnakes, which in summer are sometimes seen sunning themselves on the mountain's numerous open rocks of mica, schist and gneiss.
There's a trail leading to the summit. 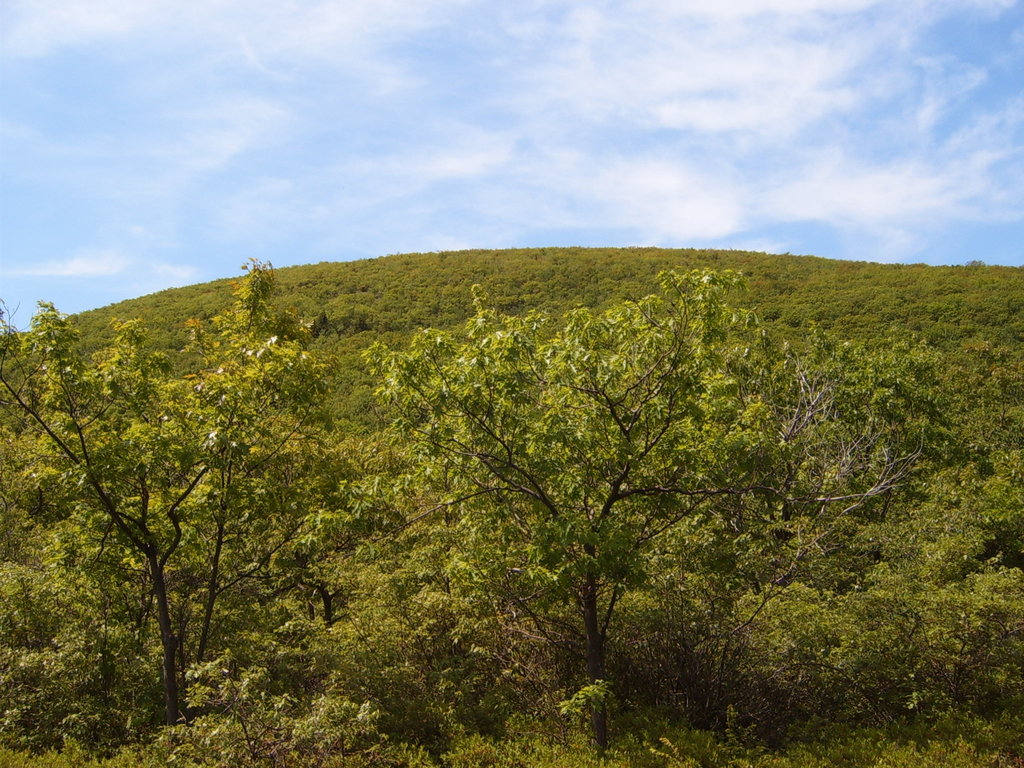 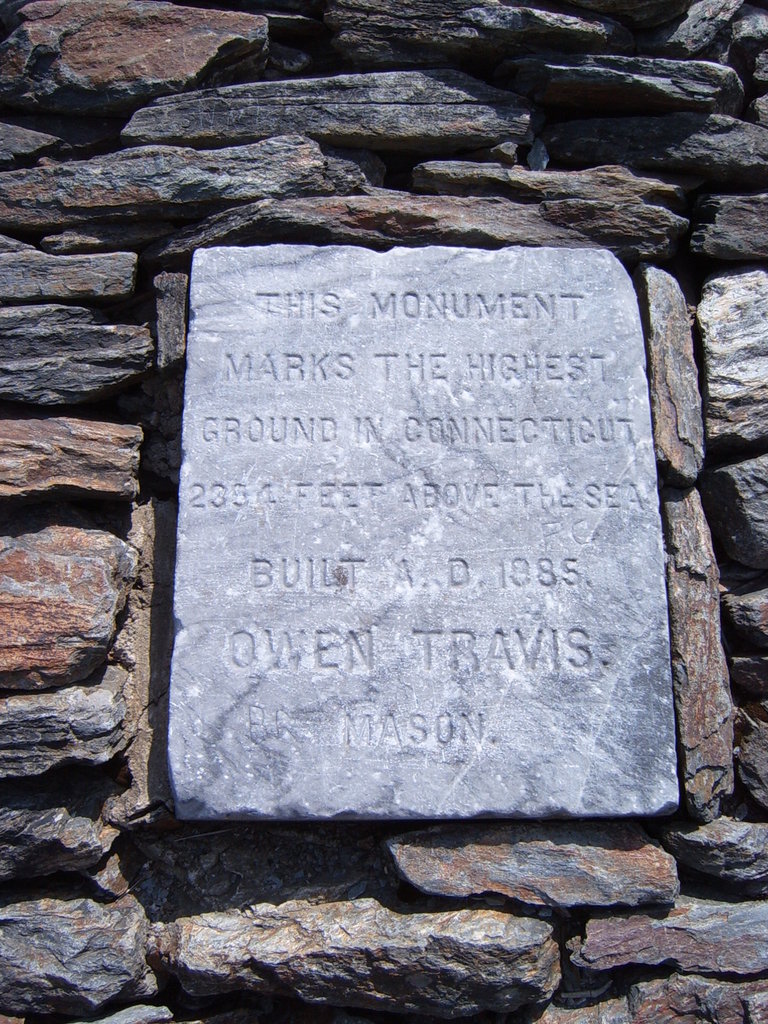 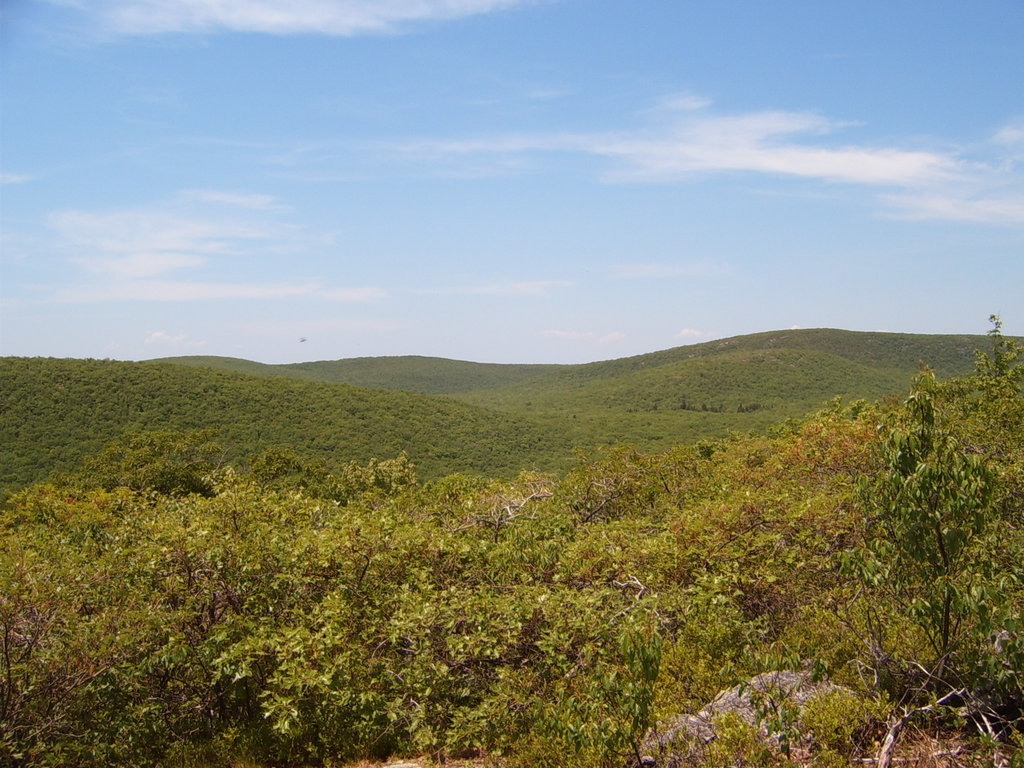 42.051111 N   -73.480833 W
Nearest Higher Neighbor
Mount Frissell - 2.3 km WNW
El: 747 m / Prom: 241 m
Summit Register
See all
Bonnie Groeber
Jeremy Schwartz
Check out a downloadable 3D model of Bear Mountain area. A higher resolution model can be found in the PeakVisor mobile app.
Do you have photos of Bear Mountain or know something about it? Please let us know!