Parque Nacional Vicente Pérez Rosales is the oldest national park in the entirety of Chile, created in 1926 in honor of its namesake Chilean politician and diplomat, Vicente Pérez Rosales. A popular attraction with around 300,000 visitors a year, the park is a stunning example of the temperate rainforests of the Andes, and the diverse and dramatic landscape that corresponds to it.

Owing to its location in the Andes, the park contains 31 named peaks, of which the highest and most prominent in Cerro Tronador, standing at 3,429m/11,250ft above sea level, with a prominence of 2,599m/8,527ft. 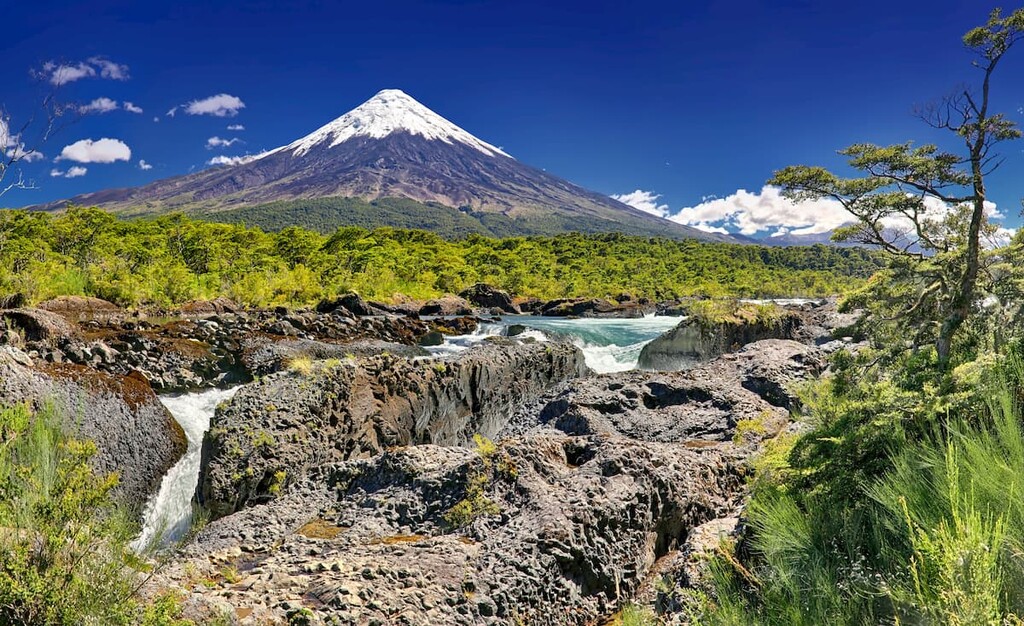 Vicente Pérez Rosales is located in the Región de Los Lagos, one of the country’s southernmost regions. Specifically, the 2,530km2/977mi2 that it covers lies within the Provincia de Llanquihue, northeast of the provincial capital of Puerto Montt, and a similar distance away from the city of Puerto Varas.

Several other parks and reserves are adjacent or in near proximity, including Parque Nacional Puyehue to the northeast, Reserva Nacional Llanquihue to the south, Parque Nacional Alerce Andino just further south, and Nahuel Huapi National Park to the east, in the Argentinian provinces of Río Negro and Neuquén.

The park itself encloses the towns of Petrohué and Peulla, Todos los Santos Lake, and a portion of the Petrohué River, including the Petrohué Waterfalls. Sharing with other nearby parks and provinces, Vicente Pérez Rosales holds the western side of Cerro Tronador, its tallest mountain, as well as the southern slope of the Puntiagudo and the eastern slope of Volcán Osorno, the three of which dominate the landscape with their towering, snowy peaks.

The climate varies depending on elevation but is generally temperate. Precipitation is at its greatest from June to August, making for wet winters, while summers from January to March are drier, and the eastern slopes of the park typically receive less precipitation than the west. At altitudes above 1,000m/3,280ft above sea level, snow tends to linger all year long.

The geological makeup of Vicente Pérez Rosales is heavily related to volcanic activity in the area. The base rock is mainly granodiorite, an igneous rock, and numerous stratovolcanoes have grown through this base, including the aforementioned Tronador, Osorno, and Puntiagudo, and many others, often dating back to the Pleistocene.

The park has also been heavily affected by glaciers; during the Ice Age, the basin of Todos Los Santos was occupied by a massive glacier intersected by several rivers, which first began its retreat around 10,000 years ago. The formation of the lake is due to the presence of these rivers, as basaltic and andesitic lava flows from the Osorno and Calbuco volcanoes created a dam that trapped the rivers and ultimately resulted in the lake’s slow formation.

Osorno, in fact, is regarded as one of the most active volcanoes of the southern Andes, even thousands of years after the lake’s formation. 11 eruptions were recorded between 1575 and 1869, though there have been none since then. It is also covered by glaciers, despite being relatively low in elevation for glacier coverage.

Cerro Tronador, likewise, is covered by several glaciers, and glacial erosion largely carved the shape of the Puntiagudo volcano, revealing an ancient volcanic chimney in its midst.

The park’s ecosystems are largely categorized as being of montane Valdivian temperate rain forests, with coigüe the dominant evergreen tree species, alongside others such as ulmo and tineo. Wetter areas of the park may behold winter’s bark, and warmer areas by the lake showcase growths of alvillos. Lenga forests occupy higher elevations, though at high enough elevations, only shrubs and smaller plants grow.

Chilean myrtle, Chilean hazel, and Chilean firebush also appear in certain areas of the park. The Chilean rhubarb, meanwhile, is one of the most common herbaceous flora to be found, though invasive species like the Spanish Broom have become more predominant as well.

Invasive species have been a problem with fauna as well, with the introduction of the European red deer of particular note. Nonetheless, there is a diverse population of native mammals and birds that inhabit the area and the neighboring park of Nahuel Huapi. The puma, güiña, pudu, Patagonian fox, among smaller animals like the southern river otter, nutria, colocolo opossum, and lesser grison, contribute to this diverse community of mammals.

Located within the province of Llanquihue, the park, or, at least, the areas around it, has had some human influence for centuries, likely dating back to the Huilliche people who once occupied much of Los Lagos as a whole. Today, they are still present in and around the Chiloé Archipelago.

Spanish colonizers arrived around the end of the 16th century, establishing towns and forts in Huilliche territory in Llanquihue. This would ignite a series of conflicts between the Spanish settlers and indigenous Huilliches over the next few centuries, such as the Huilliche Uprising of 1793, which was crushed by the Spaniards.

After Chilean independence, German settlers came to Llanquihue as part of a state-led colonization scheme and established their own communities, part of a greater history of German arrival and settlement in Chile.

Lake Todos los Santos, one of the park’s main natural attractions, was discovered by Jesuits during a mission in the early 1700s, who gave the lake the name used today. By then, however, the lake was already well known by the indigenous communities of the area, referring to the lake with their own names. In 1926, the park was established to honor the diplomat and politician, Vicente Pérez Rosales.

The park is home to a variety of trails at a variety of lengths, durations, and difficulties, ranging from brief and casual 20-minute walks like the Cascada de Los Novios trail to extensive, multi-day treks like the Valle El Callao and everything in between.

One of the popular sites for hiking in the park is Volcán Osorno, a famously scenic peak with trails around it that offer amazing views. Climbing the volcano itself, however, requires a permit, and it is best to go with local agencies. The Saltos del Petrohue waterfalls are a likewise popular location for hiking.

El Solitario, at around 6km/3.7mi long, is another popular trail, known for the beautiful wildflowers that bloom along the way. Desolation Pass, a 13km/15mi hike through the Osorno and Cerro La Picada, provides stunning sights of the surrounding mountains and lakes. The loop of the 13.7km/8.5mi Mirador Cerro la Picada likewise provides brilliant views, with six different volcanoes within its sight.

Other notable trails of the park include:

Parque Nacional Vicente Pérez Rosales is in proximity to a number of cities suitable for visitors, mostly to the west and along the water. Outside of major cities, there are plenty of smaller towns along the highways with rich cultures and histories of their own.

A city of almost 250,000 people, Puerto Montt is by far the largest city of Llanquihue, and as the province’s capital, is a hub of culture and commerce in the area. As a gateway to southern Chile, Puerto Montt can be accessed through the El Tepual Airport, which has regular flights from Santiago and other large cities, as well as through Chile’s extensive highway system, with a major bus terminal that likewise connects to other major urban centers.

Puerto Montt is known for its coastal culture and rich seafood, with a major salmon industry in the area and easy access to cruises and ships that connect the various sights and islands of the Chiloé Archipelago and nearby areas. The harbor of Angelmó hosts seafood and crafts markets and beautiful scenes of the water.

The quantity and architectural quality of the churches of Puerto Montt is another major attraction, such as the wooden yet neoclassical cathedral at the Plaza de Armas. The Casa del Arte Diego Rivera, History Museum, and Pauly House are other examples of art and architecture built into the fabric of Puerto Montt, where a mix of Chiloé culture and European influence results in an undeniably unique city.

With good infrastructure in place for transportation and lodging, Puerto Montt is perhaps an ideal location for those looking to visit Vicente Pérez Rosales and other natural destinations throughout Llanquihue and the Chiloé Archipelago.

About an hour and a half northwest of the park is the city of Osorno, capital of the neighboring Osorno Province, and one of the other biggest cities in Los Lagos. Similarly to Puerto Montt, Osorno can be accessed through flights and buses from Santiago and Chile’s highway system.

The city revolves around the Rahue River that runs through it, with its fountain- and tree-lined Plaza de Armas located by its shores. Juan Mackenna Avenue, the Universidad de Los Lagos, and, and the modern yet gothic St. Matthew’s Cathedral are other significant locations within the city. It is also the host of numerous festivals and celebrations, particularly for music and agriculture.

Alongside its proximity to Vicente Pérez Rosales, Osorno is regarded as a key gateway for many attractions in the area, like Puyehue National Park and Antillanca ski resort. 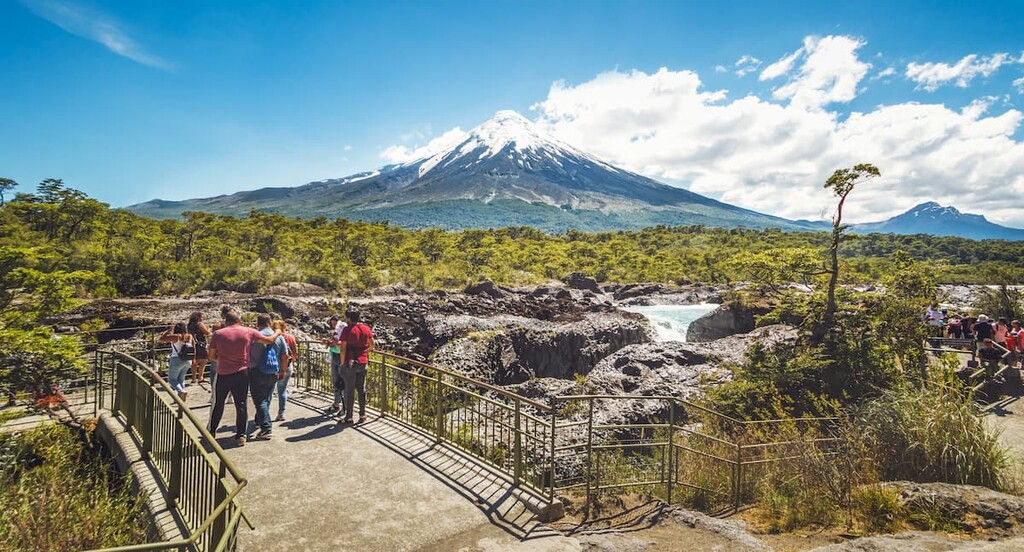 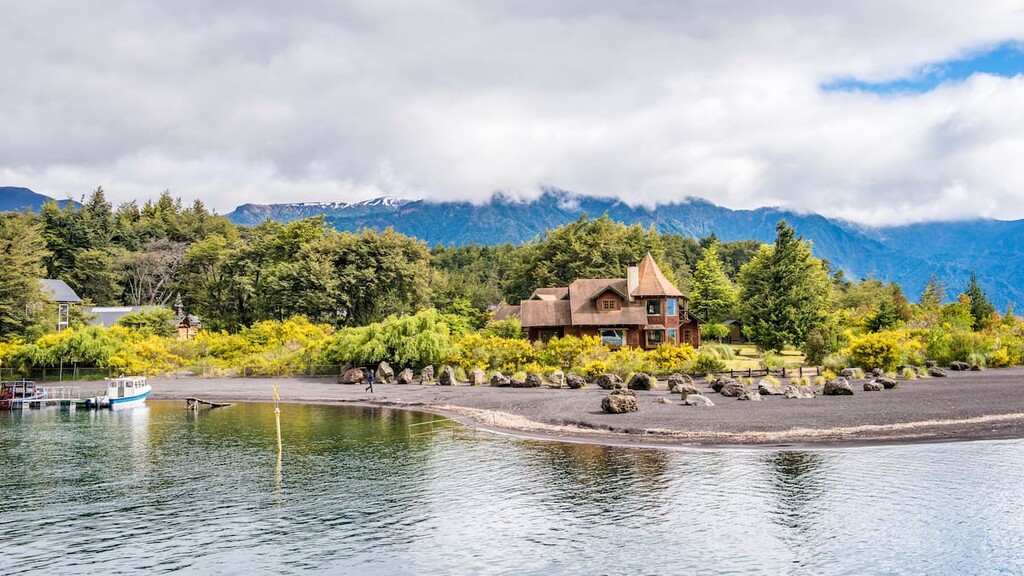 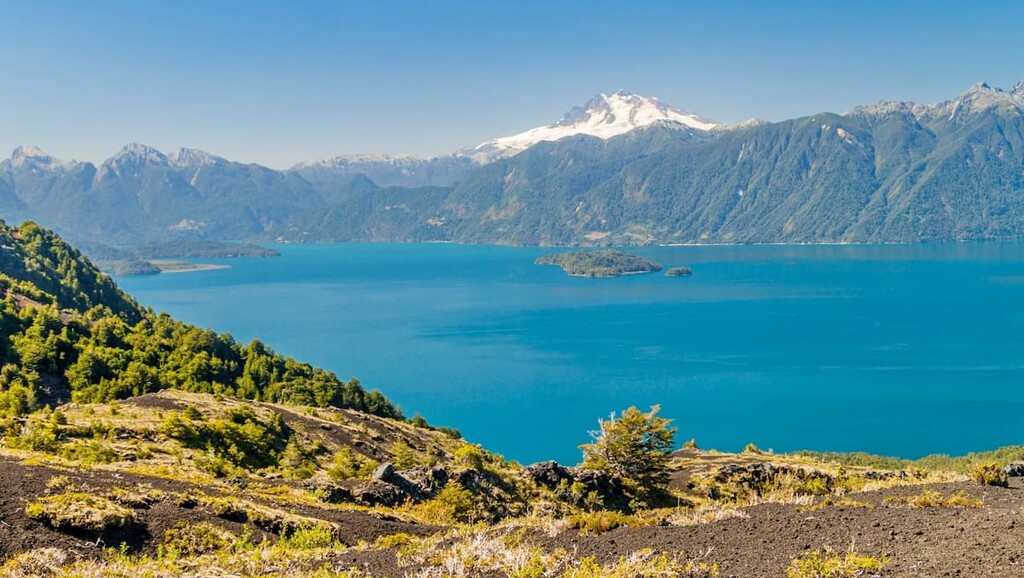 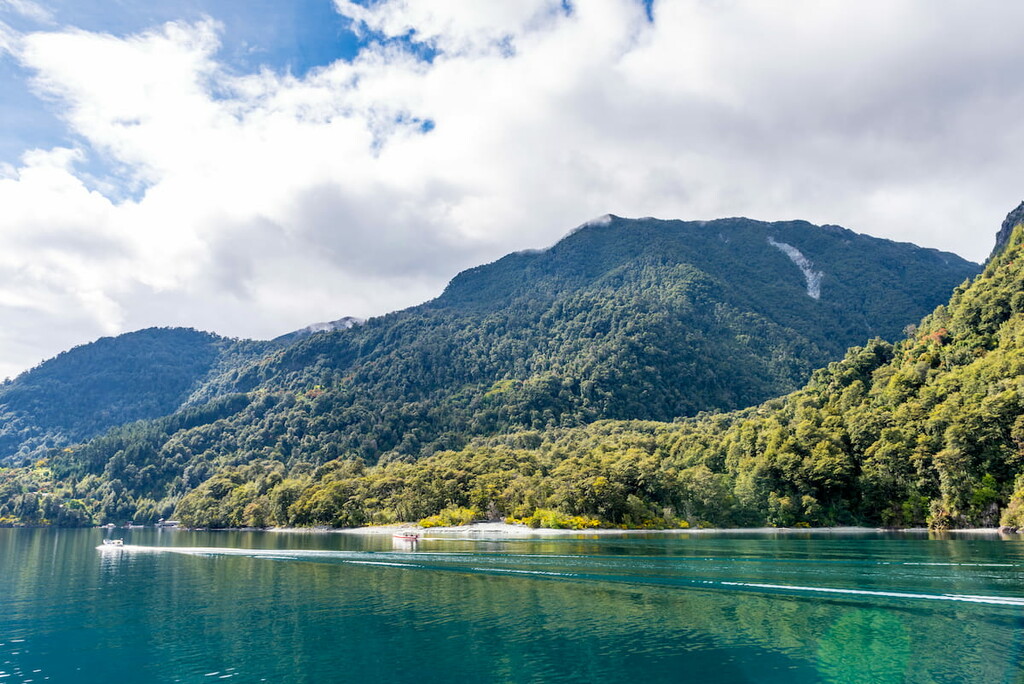 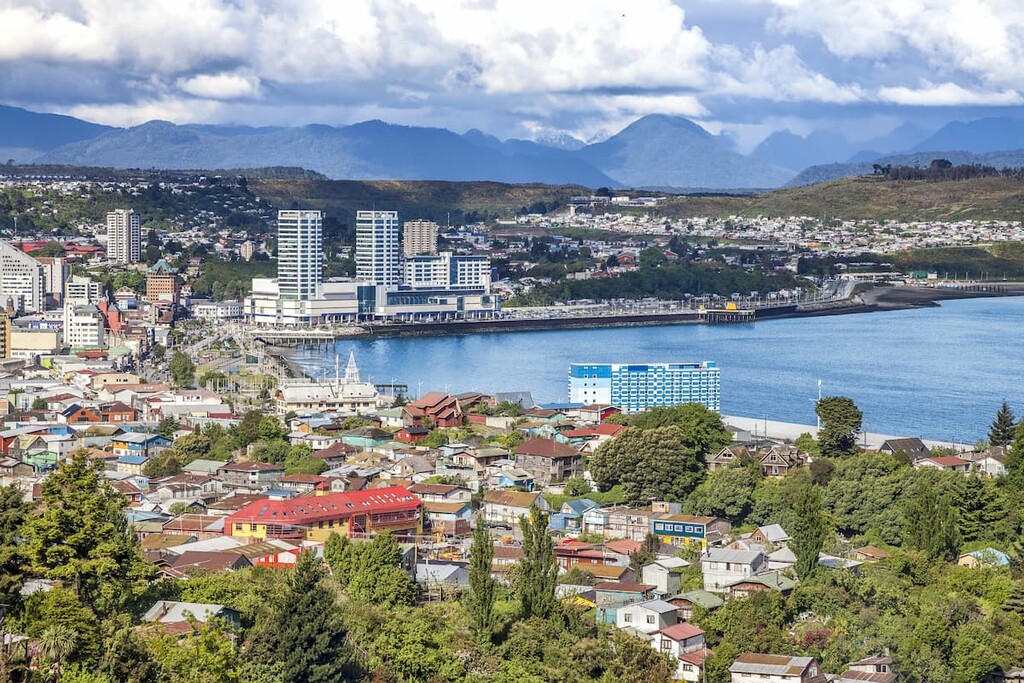 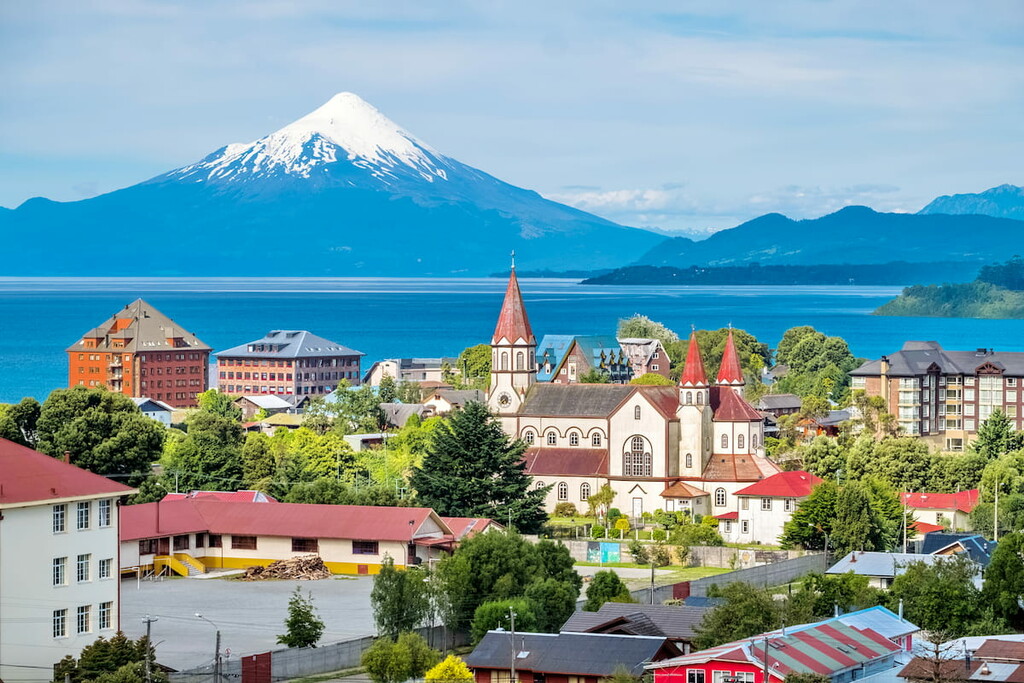 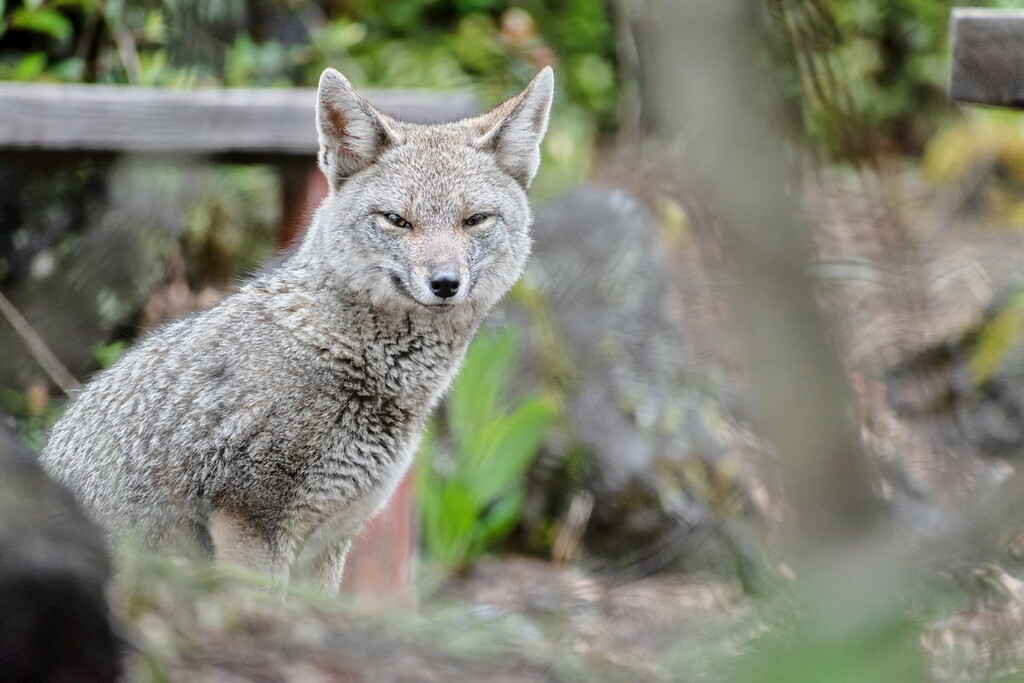