Namadgi National Park is a protected area in the Australian Capital Territory in Australia. Covering the northern extent of the Australian Alps, it’s just 30 km (18.6 mi) south of the city of Canberra. The park is home to 54 named mountains, of which the highest and most prominent is Bimberi Peak at 1913 m / 6276 ft. 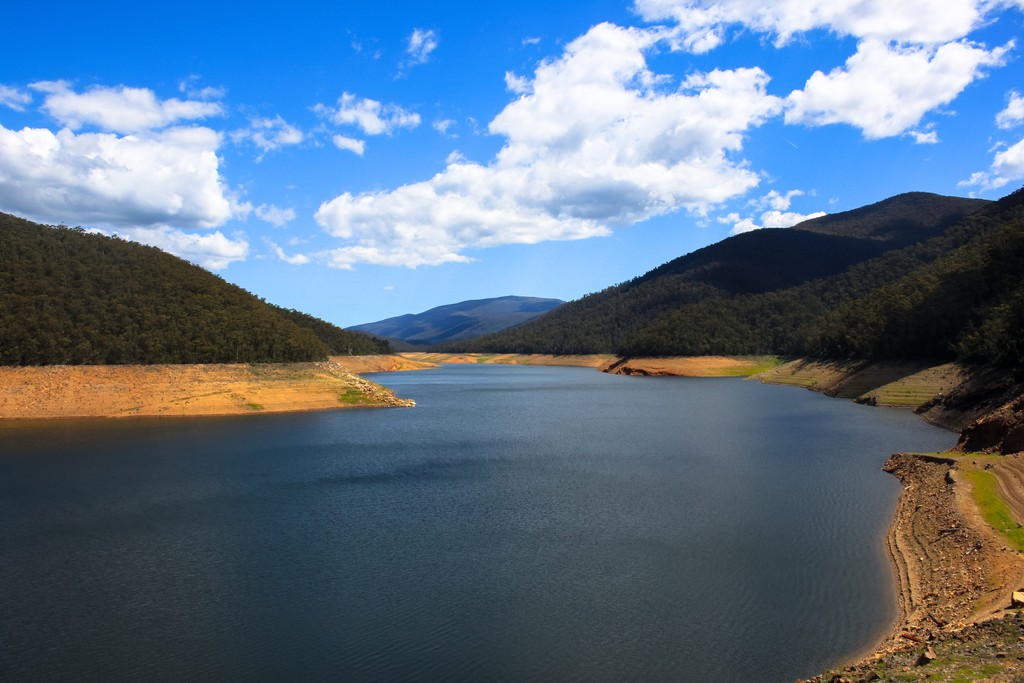 The Australian Alps is the highest mountain range in Australia, running south from Namadgi to Victoria. It forms part of the Great Dividing Range, which traverses the entire eastern side of Australia.

The highest mountain in the park is Bimberi Peak at 1913 m / 6276 ft, which is also the highest point in the state. Along with neighboring Brindabella National Park, Namadgi is the main area for outdoor recreational activities in the ACT.

Namadgi National Park covers most of the southern and western parts of the ACT. This region of the state is characterized by the Murrumbidgee Batholith, which is estimated to be about 420 million years old.

This is the granite that can be seen across the national park, particularly in the rocky outcrops or tors. The granite is a coarse rock composed of several minerals, including quartz, feldspar, and black mica.

The park is also an important habitat for a range of native animals, including eastern grey kangaroos, wallabies, and wombats. The wetlands are home to endangered species, such as the northern corroboree frog, which exclusively lives in the subalpine areas of Namadgi and some adjacent parts of NSW.

The national park is bushfire-prone, with several devastating fires in recent decades which have further threatened the animal and plant population. Extensive efforts are trying to ensure the long-term survival of endangered species in the region.

Namadgi National Park is located on the custodial land of the Ngunnawal People. They have occupied the land for tens of thousands of years, with a deep connection to the landscape and several important cultural sites. Places such as the Yankee Hat Rock Art and other sites in the national park are protected for their cultural and historical significance.

Europeans arrived in the region in the 1830s when pastoralists settled in the upper valleys of the Cotter, Gudgenby, Orroral, Naas and Tidbinbilla rivers. They struggled to succeed due to the remoteness of the area at the time and its extreme weather, however, yards, huts and homesteads can still be found as remnants of this early history.

Recreational skiing began in the nearby Brindabella Range in the 1930s. The Canberra Alpine Club was formed in 1934 and they built a ski chalet at Mount Franklin (1,646 m / 5,400 ft) in 1938. It was destroyed during the bushfires in 2003, but a shelter remains to commemorate the skiing history of the region.

Interestingly, Namadgi National Park was also used to support space missions during the 1960s. Space tracking stations were commissioned by NASA at Honeysuckle Creek in the Orroral Valley to support the Apollo program. Honeysuckle was the first place on earth to receive live images of Neil Armstrong when he became the first man to walk on the moon.

Namadgi was officially recognized as a national park in 1984 and has since been included in the Australian National Heritage List, which was established in 2003.

Namadgi National Park is home to hundreds of kilometres of walking trails. It’s an ideal place for all experience and fitness levels, with everything from short trails to longer extended overnight hikes.

Here are some of the best hikes in Namadgi National Park to add to your itinerary.

Offering a great introduction to the alpine region and granite outcrops of Namadgi, Square Rock is a 10 km (6.2 mi) return walk. Starting from Corin Hub Carpark on Corin Road, the trail is a gentle climb through alpine ash forest and snow gums to the rocky outcrop.

The final part of the walk involves climbing steel ladders up to the top of huge boulders, but the stunning panoramic view across the national park makes it worthwhile. The walk should take around three to four hours to complete.

One of the best day hikes in the state, the walk up to Mount Tennent (1,375 m / 4,511 ft) is a must do in Namadgi National Park. The 15 km (9.3 mi) return walk begins from the Namadgi Visitor Centre at Tharwa. It follows the Australian Alps Walking Track as it climbs steeply, past Cypress Pine Lookout to the summit of Mount Tennent.

The 360 degree panorama from the top provides an incredible view of Canberra, the surrounding farmland and alpine region.

One of the most popular walks to do in Namadgi National Park, Booroomba Rocks is a wonderful walk through the forest. After a short, steep incline, it offers incredible views across Canberra, the Brindabella Range and Kosciuszko National Park.

A wonderful walk to discover the European history of the area, the Settler Track will take you to historic pastoral huts from the 18th and 19th centuries. Starting from the David Brayshaw’s Homestead on Boboyan Road, there is a moderate 6 km (3.7 mi) return walk along a marked trail, or a longer 9 km (5.6 mi) loop which adds a trip to Waterhole Hut.

As one of the highest peaks in the park, Mount Gingera (1,857 m / 6,093 ft) is a challenging day hike to add to your list. The trail starts from Mount Franklin Road, where you’ll find a locked gate.

From the gate, the trail climbs through snow gums on a wide track to Pryor’s Hut. After the hut, the trail becomes much skinnier and sometimes difficult to follow as it climbs up to the top of Mount Gingera itself. The peak has plenty of granite boulders offering beautiful views across the wilderness area.

In winter, Mount Gingera can be covered in snow and the trail can be difficult to walk without snowshoes.

The 650 km (404 mi) long trail begins from Namadgi National Park and comes to an end at Walhalla near Baw Baw National Park. The northern trailhead is in Tharwa at the Namadgi Visitor Centre.

Wild camping is permitted on the track, making it possible to complete an overnight hike to Orroral Valley or longer into Kosciuszko National Park from Namadgi National Park.

Namadgi National Park is a popular winter destination in Canberra. While it’s not home to any large scale ski resort, the park does see significant snowfall in the peak of winter. Cross country ski facilities are available in Corin Forest, which is Australia’s northernmost lifted ski area.

Mount Franklin (1,646 m / 5,400 ft) and Mount Gingera (1,857 m / 6,093 ft) are both possible destinations for cross country skiing, when conditions allow. Although, skiers must be self-sufficient as there are no facilities on the mountains.

If you want to spend a few days in Namadgi National Park, there are various campgrounds within the park boundary. Most campgrounds require bookings and payment, through the ACT Parks website.

Check out the following campgrounds to base yourself in for your trip:

Namadgi National Park is a very accessible park area from nearby cities and towns. There are several places to stock up on supplies before heading to the park, including some of the following.

These are the main small towns close to the national park:

Occupying almost half of the ACT, Namadgi National Park is easily accessible from Canberra. This is where most people will begin their trip, yet it’s also accessible from Sydney on a longer road trip.

Canberra is the capital city of Australia. It’s also the closest city to Namadgi National Park, being just 30 km (18.6 mi) north of the park boundary. This makes the park one of the most popular things to do for those exploring the city.

As Australia’s largest city, Sydney is well-known for its famous harbor and surrounding coastline and beaches. There are plenty of attractions in the city, including the Sydney Opera House, Sydney Bridge, Darling Harbor, Royal Botanic Garden, and Bondi Beach. There are also plenty of famous national parks on the city’s doorstep, including the Royal National Park and Blue Mountains National Park.

Namadgi National Park is about 340 km (211 mi) to the south of Sydney CBD. This makes it a bit of a road trip to reach the park, but it’s an easy drive along the Hume Highway. Sydney is home to a large international and domestic airport, making it easily reachable from anywhere in the country. 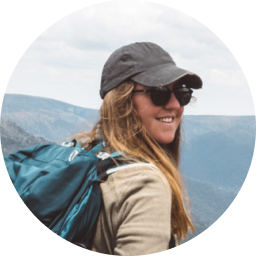 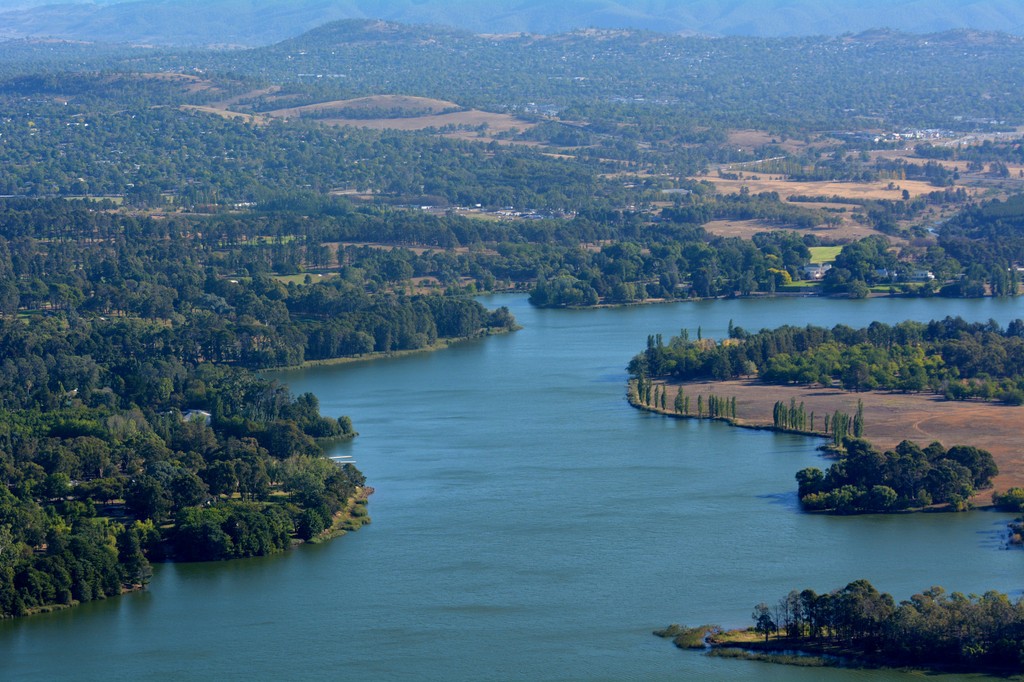 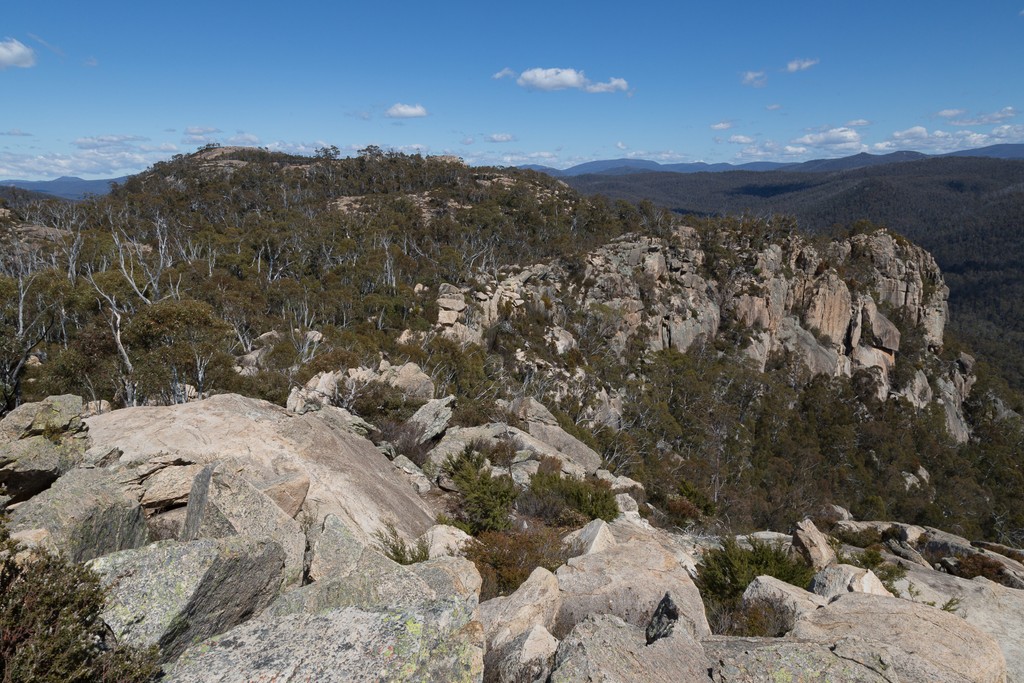 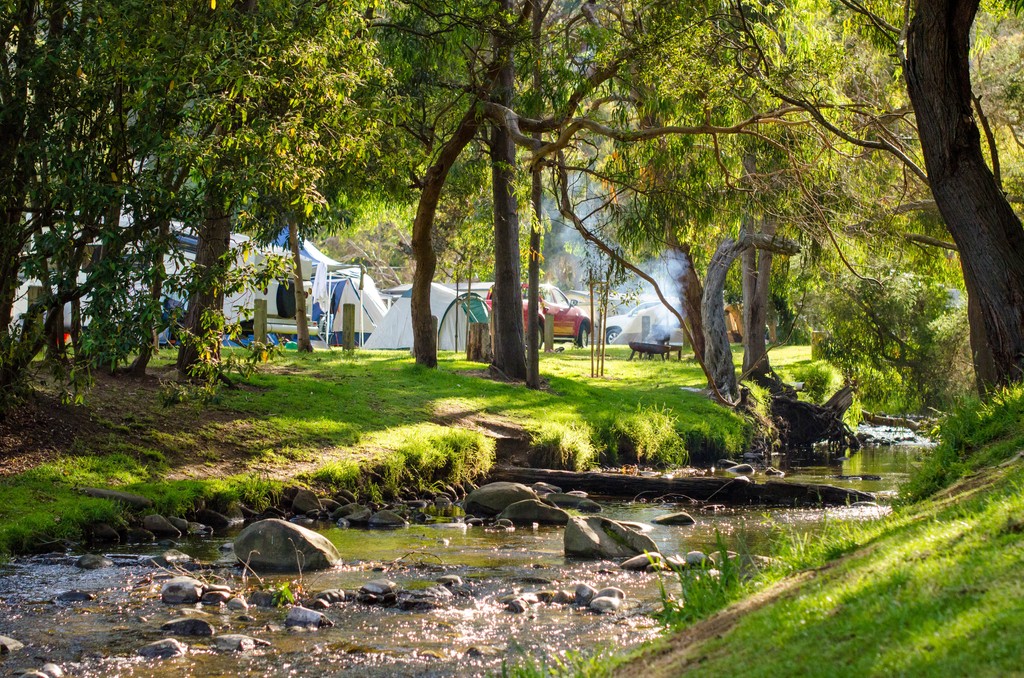 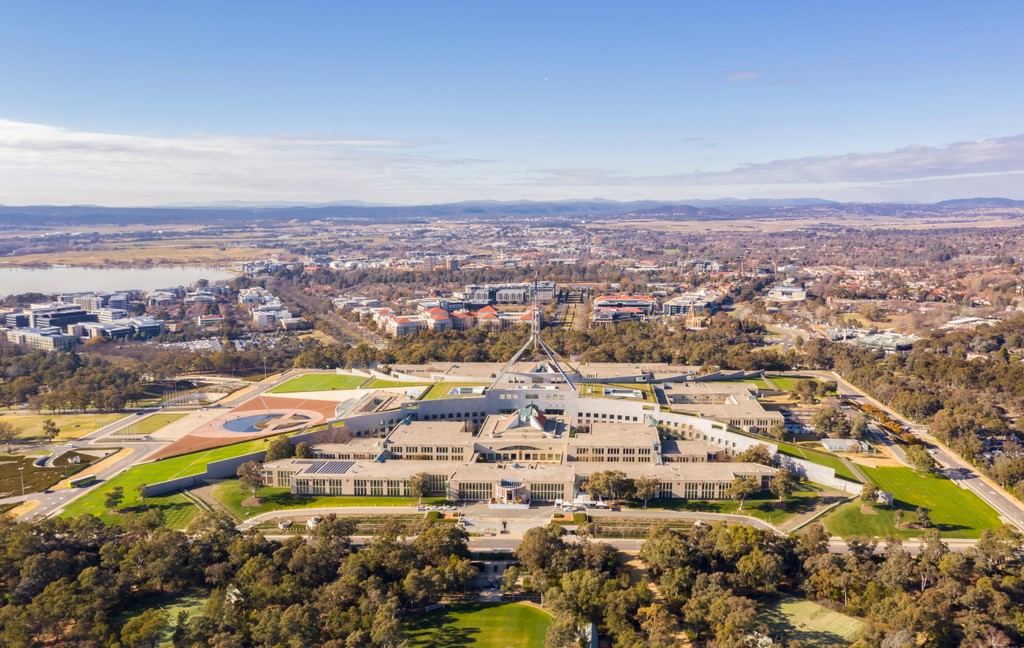 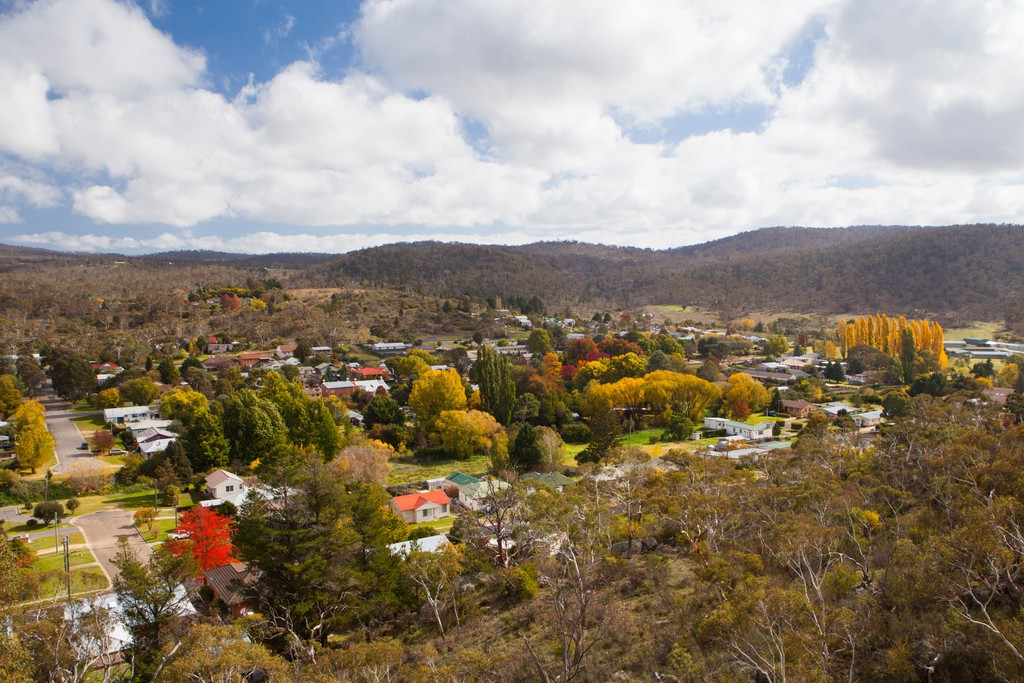 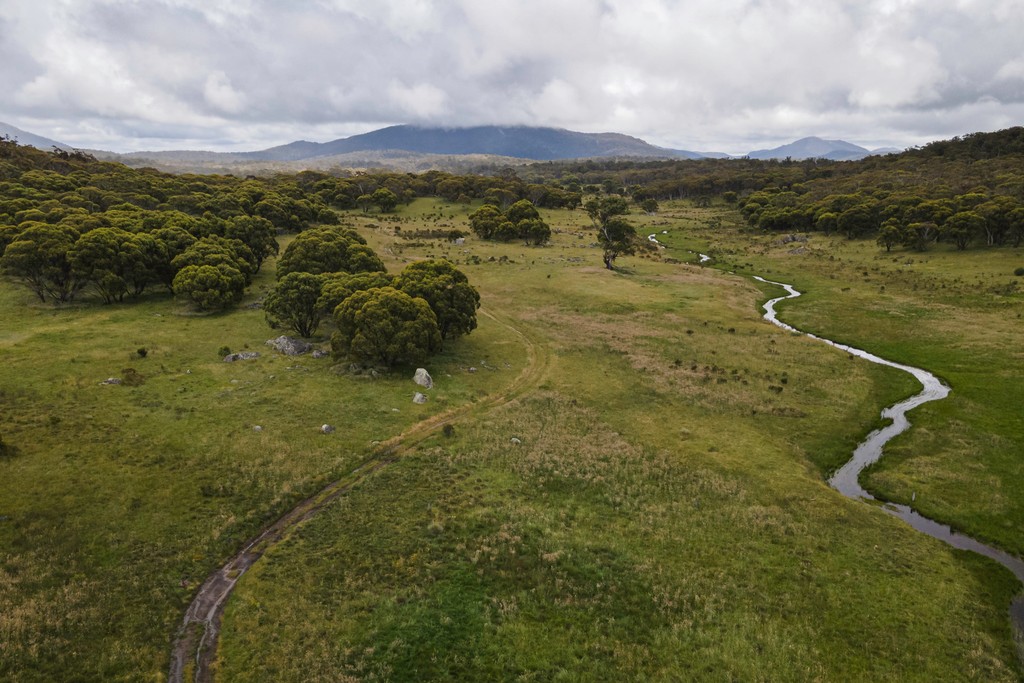 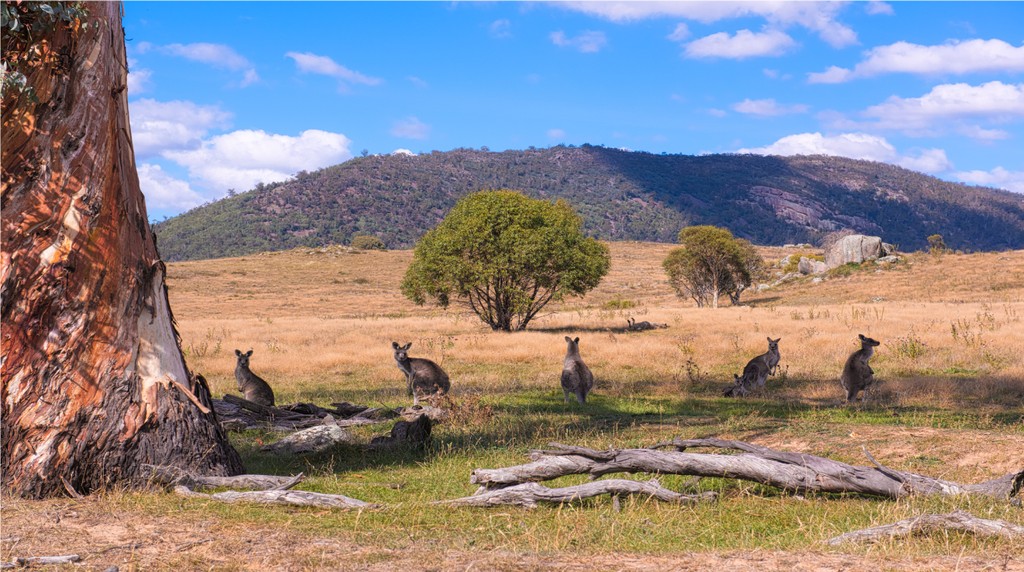