The park is open from mid-May to mid-October, and opens again in early January for winter activities, including guided snowshoeing, dog sledding, cross country skiing, ice fishing, and camping under the snow.

In the summer months the park has a day usage fee and only accepts cash due to its remoteness. The park is so remote that some of the named peaks are not accessible via public trails.

Located in the remote highlands of northern New Brunswick, Mount Carleton Provincial Park is favored for its ruggedness. It is home to more wild animal species than any other part of New Brunswick, including more than 100 bird species and 30 mammal species.

The park aims to protect its night sky by limiting light pollution and energy consumption. The policy maintains a dark sky that is ideal for stargazing. In fact, the park has been designated as a Dark Sky Preserve by the Royal Astronomical Society of Canada.

Mount Carleton Park is home to a number of large freshwater lakes, including Nictau Lake, Bathurst Lake, and the Nepisiguit Lakes. The lakes form the headwaters for two major rivers, the Nepisiguit River and the Tobique River. Together, these waters offer plenty of fishing and kayaking opportunities.

A highly rocky terrain, the park’s mountains and surrounding region were formed over millions of years of wind, water, and glacial erosion. The most prominent peak of Mount Carleton is the remains of an ancient plateau that has gradually eroded since the time of the dinosaurs.

The most prominent attraction in Mount Carleton Provincial Park is its namesake. The 2690-foot peak of Mount Carleton is the highest in New Brunswick, as well as the rest of the Maritime Provinces. On a clear day at the summit, you can see an estimated 10 million trees in the surrounding area.

The summit can be reached via several park trails, the Mount Carleton Summit Trail being the most commonly used. For a longer trek, hikers can summit from a southwesterly direction via the Ruisseau Bald Mountain Brook trail, or from the east via the Ruisseau Big Brook trail.

A fire-spotting hut can be found at the summit. Along with similar facilities on other nearby mountains, the hut was favored for its panoramic view until aerial wildfire surveillance made it obsolete.

Mount Carleton itself is part of the Notre Dame Mountains, a chain of the Appalachians that runs from Vermont to the Gaspé Peninsula in Quebec.

Mount Carleton Provincial Park has 11 trails in all, ranging from leisurely walks on crushed rock paths to day hikes summiting most of the park’s 14 named peaks.

Among the paths are ancient portage trails, which were used by First Nations peoples thousands of years ago to travel amongst the lakes and rivers. Mount Carleton is also a highlight of the International Appalachian Trail, which runs from the northern terminus of the Appalachian Trail at Mount Katahdin (Maine) all the way to Newfoundland and Labrador.

The Bald Mountain Brook trail is the most popular trail for those interested in climbing Mount Carleton. A direct and relatively brief hike, the trail passes waterfalls and beaver dams and offers a spectacular view of the surrounding country.

Visitors can also reach Mount Carleton from the east via the Ruisseau Big Brook trail, which begins at Pine Point at the western shore of Bathurst Lake.

A much longer, more varied hike can be traversed via the Mount Bailey trail, which summits Mount Bailey and offers impressive views of Mount Carleton to the south.

For a lengthy but less strenuous hike, consider the Big Brook trail. The trail begins at Bathurst Lake and follows the shore, eventually passing the remnants of an old log cabin built by an early Mount Carleton outfitter. Hikers will pass through old pine forest with crystal clear streams.

The relatively flat Caribou Brook trail travels over a forest ridge, then descends towards Caribou Brook, and eventually returns to Bathurst Lake. The loop is of moderate difficulty and ideal for a breezy afternoon hike.

Ascending from the shore of Big Nictau Lake is Mount Sagamook, which forms a ridgeline with Mount Head. Together, the peaks form the second (Head) and third (Sagamook) highest points in the park. Climbers can take the Mount Sagamook and Ruisseau Caribou Brook trails to reach both summits. They will traverse some rocky outcroppings with views of Nictau Lake that are considered among the best in the park. Adventurous climbers can continue south via the Ruisseau Caribou Brook trail to reach the summit of Mount Carleton. 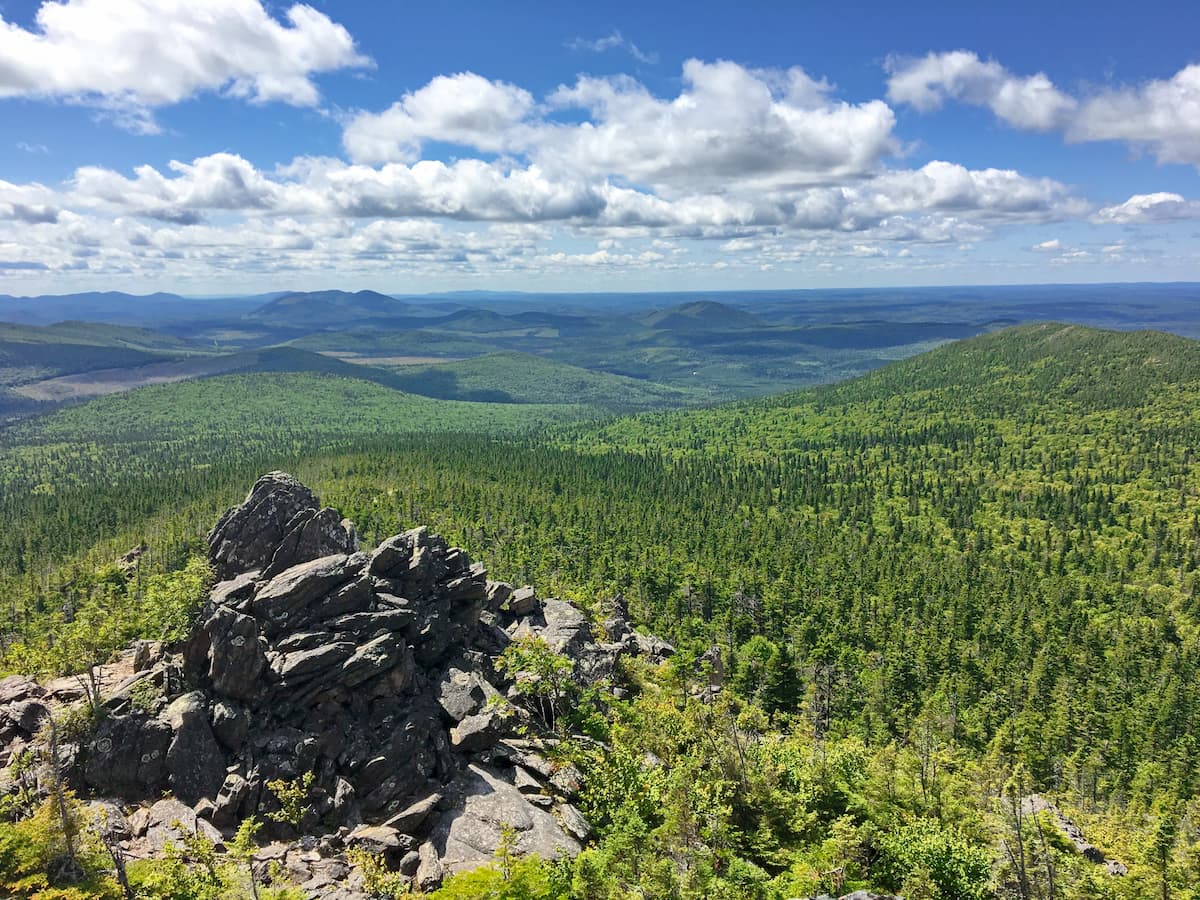 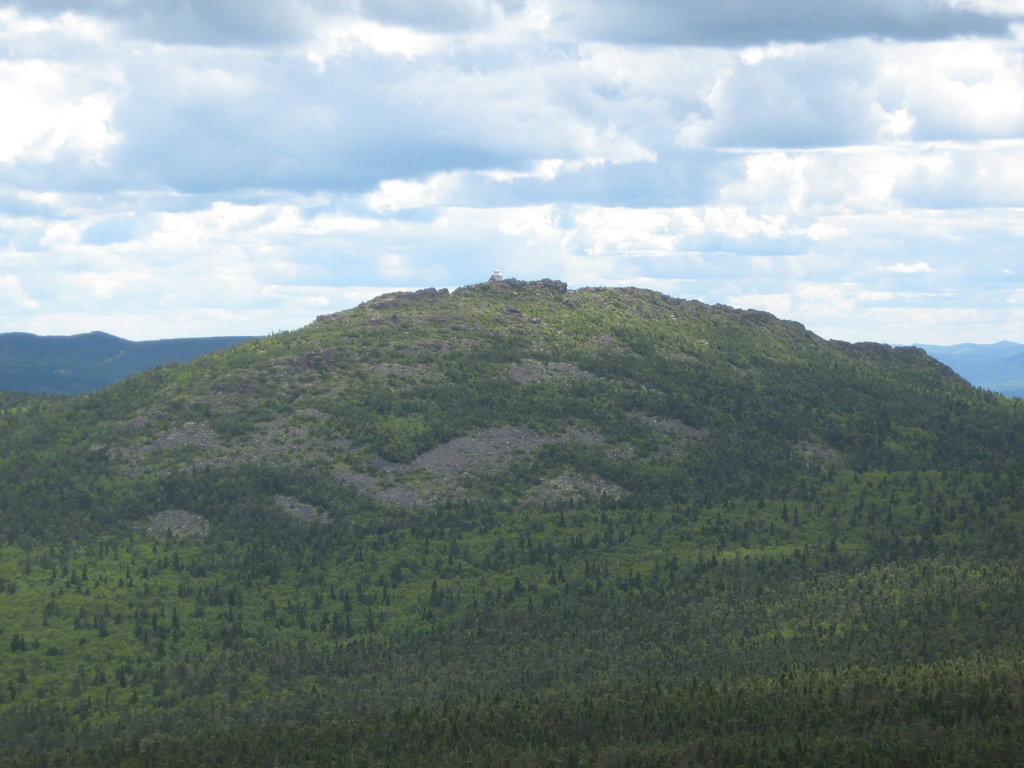