Did you know that one of the northernmost national parks in the United States is home to some of the largest sand dunes in North America? Well, if you didn’t expect to find sand dunes in the Arctic, you’re not alone. But, you probably didn’t account for Kobuk Valley National Park.

Rising high above the frozen tundra below are famous the sand dunes of Kobuk Valley National Park, a unique mix of stunning polar landscapes, situated some 25 miles (40km) north of the Arctic Circle. The park itself is the epicenter of a huge and diverse ecosystem that connects the Selawik National Wildlife Refuge and the Noatak National Preserve with the greater Chukchi Sea drainage area and the Gates of the Arctic National Park and Preserve, some 32 miles (51km) to the east.

At some 1,750,716 acres (7,084.9 sq. km) in area, Kobuk Valley National Park is just slightly larger than the state of Delaware and is home to four named mountains, the highest and most prominent of which is Mount Angayukaqsraq (4,629ft/1,411m). Although the park itself isn’t particularly mountainous, it is bordered by the Kobuk River Valley, which shares its western edge with the Baird Mountains of the Brooks Range.

Like the mountains ranges to the north and east, the region that is now Kobuk Valley National Park was once heavily glaciated. Indeed, the Great Kobuk Sand Dunes, which reach upwards of 100 feet (33m) in height are remnants of the dune fields that covered up to 200,000 acres (81,000ha) after the retreat of the massive Pleistocene glaciers. The fields were created through a combination of glacier outwash deposits and persistent strong winds, though the modern dunes cover only about 20,500 acres (8,300ha).

These days, the part represents a sort of ecological transition zone between the boreal forest to the south and the polar tundra to the north. Both arctic and subantarctic flora and fauna are found within the park, although winters feature the characteristically cold temperatures and dark days, due to the park’s position north of the Arctic Circle.

Human inhabitation within the region that is now Kobuk Valley National Park goes back at least 12,500 years. The first people to live in the area were people of the Paleo-Arctic tradition, who survived by hunting the massive numbers of caribou that migrate through the valley each year. Until the 19th century, Akunirmiut and Kuuvaum Kangiamirnuit (now known as Kuuvangmiit) people called the valley home, at which time the caribou populations declined dramatically and many people moved closer toward the coast for better hunting and fishing opportunities.

A handful of prospectors descended on the area during a short, yet unsuccessful gold rush in the early 1900s, however, the current residents of the valley are the Iñupiat people, many of whom live on the 81,000 acres (33,000 ha) of land within the park that are owned by native corporations and the State of Alaska.

More recently, however, Kobuk Valley gained its status as a National Park as a result of the landmark Alaska National Interest Lands Conservation Act (ANILCA) bill that was signed into law by President Jimmy Carter in 1980. The law formally created Kobuk Valley National Park, as well as seven other national parks within the state of Alaska, including Denali, Kenai Fjords, Wrangell-St. Elias, and Katmai National Parks.

These days, Kobuk Valley National Park is one of the least visited national parks in all of the United States, thanks to its incredibly remote location. The park itself is just a short flight from the northwestern Alaskan town of Kotzebue on one of the authorized air taxi services, but once you get into the park, you’re truly in a wilderness area. With no hotels, campgrounds, roads, or even trails, Kobuk Valley is a true Arctic wilderness that’s perfect for your next adventure.

As one of the United States’ least visited parks (behind Gates of the Arctic and Lake Clark), there isn’t a whole lot of infrastructure in place within Kobuk Valley National Park. In fact, the park doesn’t have a single maintained hiking trail, trail sign, or anything else you might find in one of the more popular parks. Basically, once you get dropped off in the backcountry, you’re on your own. However, there are some good adventure options to consider:

No trip to Kobuk Valley would be complete without a trip to the sand dunes. Of course, the modern sand dunes aren’t too terribly high, but if you’re out camping in the area anyway, they’re certainly worth a visit, especially since they’re the largest Arctic dunes in North America.

Onion Portage is best known as the site of a major caribou migration route, making it a great destination for wildlife viewing within the park. Countless generations of hunters have camped along the banks of the Kobuk River where it makes its wide bend at Onion Portage, allowing for fantastic scenery and plenty of active wildlife - a perfect adventure destination within Kobuk Valley National Park.

By Western Arctic National Parklands - Mountains as Far as the Eye Can See, CC BY 2.0, Link

If you’d like to get out of the tundra and up into the mountains, the Brooks Range’s Baird Mountains are a sure bet. Your bush pilot will have to drop you off lower down in the valley, but a backpacking trip up and around the Arctic Baird Mountains in Kobuk National Park is certainly one to remember.

Kobuk Valley National Park is about as remote as it gets, so don’t expect there to be services of any sort within the park itself. In fact, the park’s headquarters isn’t even located within the park’s boundaries - it’s in the town of Kotzebue, some 100 miles to the west. That being said, here are your options for places to stay en-route to Kobuk Valley National Park:

The small town of Kotzebue is home to some 3,200 people and is your best starting point for a trip into Kobuk Valley. The vast majority of authorized air taxi services into the park will leave from Kotzebue, so you’ll want to get yourself to the town if you expect to spend some time in Kobuk Valley.

Getting to Kotzebue is pretty straight forward, by Alaskan standards, as you can take a direct flight from Anchorage. That being said, you’ll want to make any accommodation arrangements in advance and bring all of the gear and food you need for your journey as these sorts of supplies are few and far between in Kotzebue. 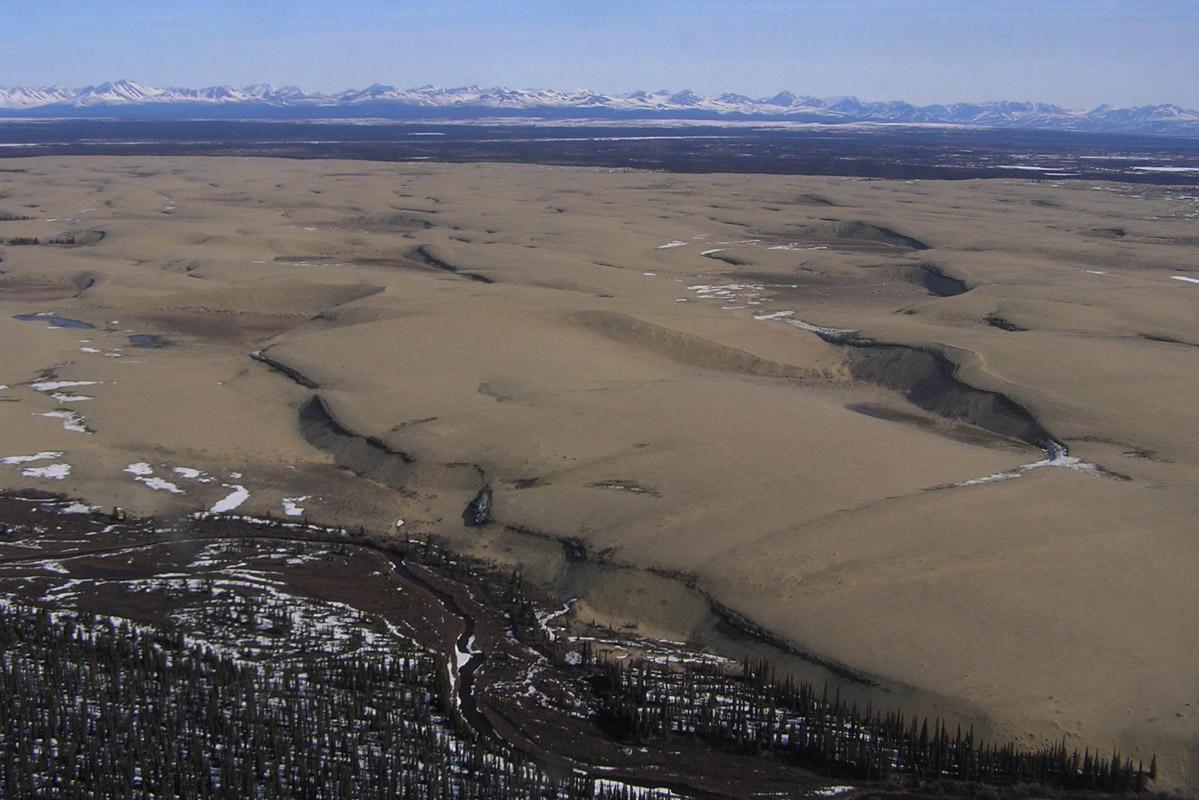 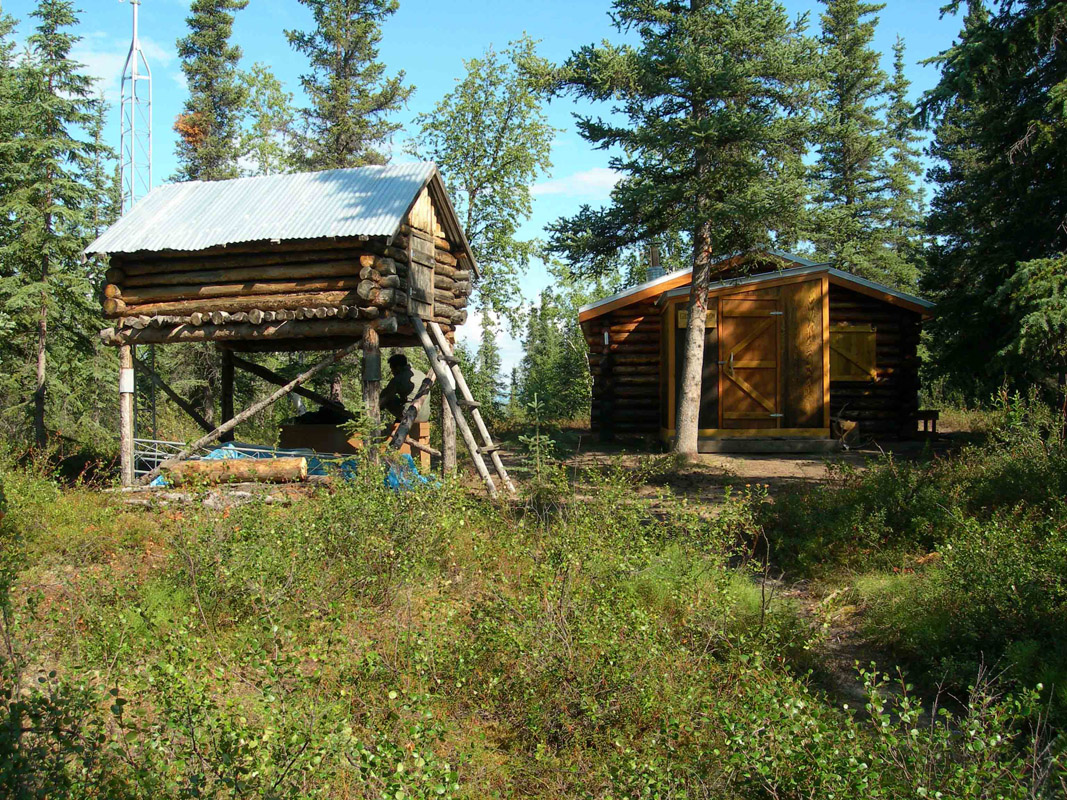 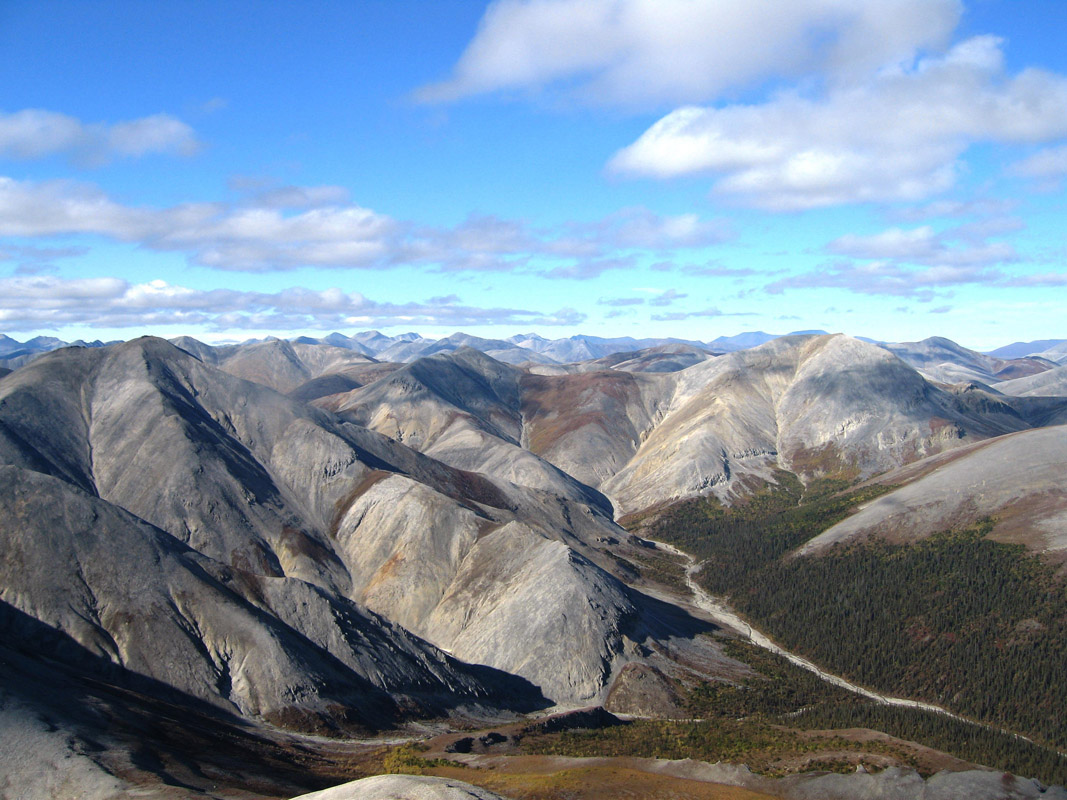 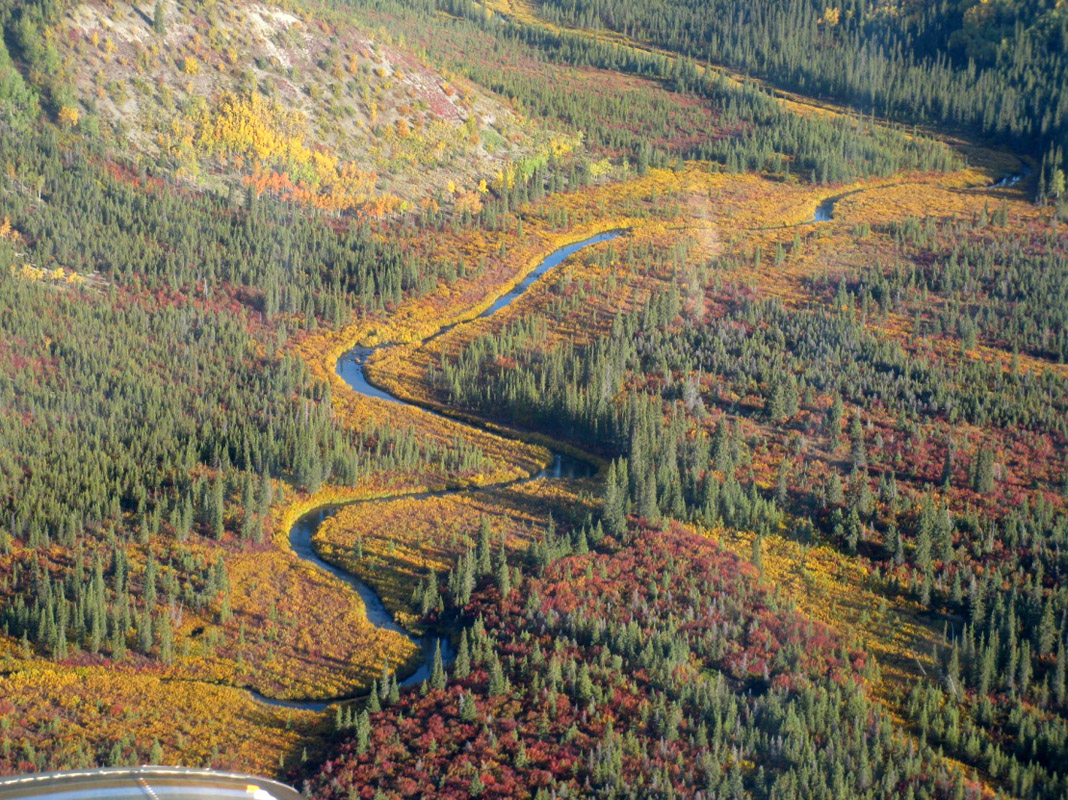