A haven for wildlife, the spectacularly stunning Jigme Dorji National Park is a federally-protected area located in the northwestern part of Bhutan. The park contains 11 named mountains, the highest and most prominent of which is Jomolhari (7,326 m/24,035 ft). 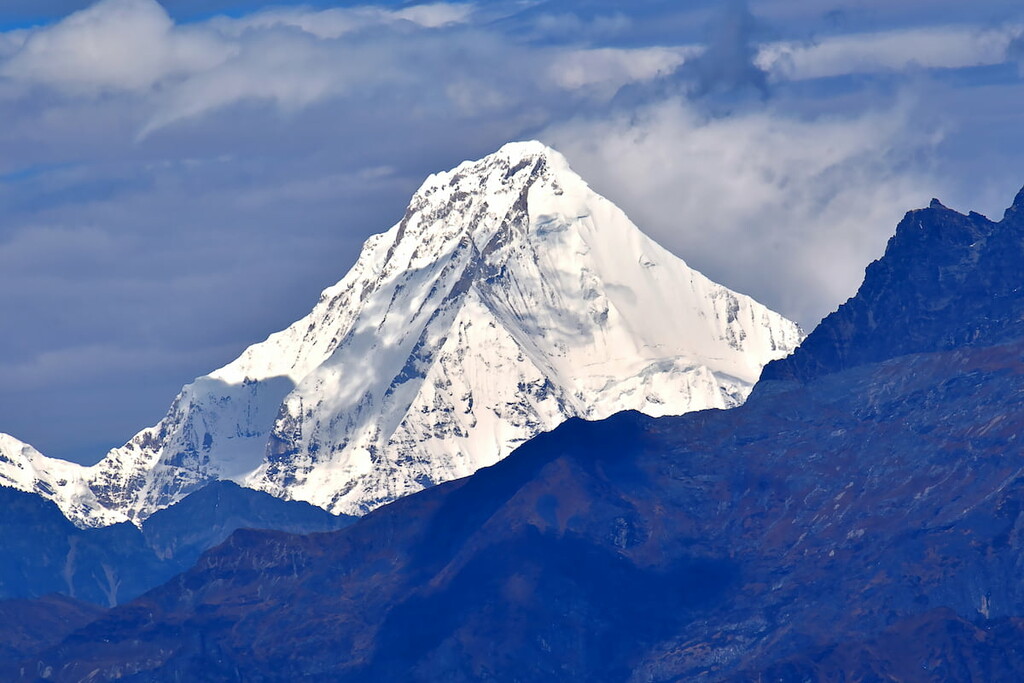 One of the true jewels of the Bhutan conservation effort, Jigme Dorji National Park is a biodiverse and mountainous protected area located in the northwestern part of the country. It is situated within the districts of Wangdue Phodrang, Thimphu, Paro, Gasa, and Punakha along the country’s border with Tibet (China).

The park itself contains some 4,316 square kilometers (1,666 square miles) of land. When it was first established in 1974, it was the largest national park in Bhutan, however, it has since lost that status after the designation of neighboring Wangchuck Centennial Park in 2008.

Besides Wangchuck Centennial Park, Jigme Dorji does not border any other protected areas in Bhutan. However, it is connected by wildlife corridors to other parks, such as Jigme Singye Wangchuck National Park in the central part of Bhutan and Jigme Khesar Strict Nature Reserve in the western part of the country.

Within Jigme Dorji National Park, the landscape is dominated by the high peaks of the mighty Himalaya.

The world’s highest mountain range, the Himalaya are a collection of jagged mountains and glaciated slopes. They formed as the Indian plate drifted northward and collided with the Eurasian plate, setting the stage for a mountain building event of epic proportions.

In fact, the Himalaya are still growing taller with every passing year. Scientists estimate that the Indian plate is moving northward at a rate of about 67 mm per year and that the mountains themselves are growing about 5 mm taller each year.

Furthermore, Jigme Dorji National Park is particularly well known for its abundance of glaciers. The park’s glaciers, however, are rapidly shrinking in size, which has led to the outburst of many glacial lakes and some substantial floods.

Mountain pass Nyele La at an altitude of 4,830 meters. View of Jomolhari peak

Jigme Dorji National Park was originally designated to protect the region’s biodiversity, so it should come as no surprise that it is home to a fantastic array of flora and fauna.

Indeed, Jigme Dorji contains parts of all three of Bhutan’s major climate zones, including low-lying valleys and high Himalayan peaks. It contains four primary ecosystems, too, which include everything from alpine meadows and mixed coniferous forests to both warm and cool broadleaf forests.

As a result, the park is a sanctuary for a diversity of different species, many of which are listed as endangered, threatened, or vulnerable.

Interestingly, Jigme Dorji is, according to UNESCO, the only park in the world where the royal bengal tiger (Panthera tigris tigris) and the snow leopard (Uncia uncia) coexist. Furthermore, it is the only park in Bhutan where the country’s four national symbols—cypress, raven, blue poppy, and takin—are all found.

The land that is now part of Jigme Dorji National Parks has been inhabited by humans for thousands of years. Indeed, the park remains the home of the Layap (ལ་ཡཔ་), a semi-nomadic peoples whose ancestors have lived in the region since time immemorial.

However, the park itself only came into existence in 1974, when it was established as a wildlife sanctuary. The park was originally named after the third king of Bhutan, Jigme Dorji Wangchuck, and it is one of the oldest protected areas in the country.

In 1993, the park was simultaneously upgraded to the status of a national park and greatly reduced in size. While it might seem counterintuitive to increase the protection of an area only to shrink its borders, this was done as part of a major revision of the system of protected areas in Bhutan, which allowed the park system to better protect and manage areas of significant biodiversity.

Furthermore, in 1992 the management of the park was transferred to the Bhutan Trust Fund for Environmental Consideration, which has since helped to establish biological corridors between all of the parks to decrease the effects of habitat fragmentation.

It’s also worth mentioning that the park is home to a number of communities that live within its borders. The laws of Bhutan allow for the continued traditional and subsistence use of the land within Jigme Dorji National Park by local communities, so any trip to the park is as much a cultural experience as a nature-based one.

Jigme Dorji National Park is often considered to be one of the best trekking areas in Bhutan. These are some of the most popular treks for you to check out during your visit:

The Jomolhari Base Camp Trail takes you into the heart of Jigme Dorji and to the base of the park’s highest peak. Most trekkers take about eight days to complete the trek, though this depends on your level of acclimatization and physical fitness.

Along this trek, there are plenty of opportunities to experience the scenic beauty of the park. Trekkers also get a chance to visit many of the region’s dzongs (fortified monasteries) and to stay in local communities to learn more about the region.

Although the Snowman Trek isn’t contained solely to Jigme Dorji National Park, it is one of the premier trekking routes in the country. The trek itself takes most people around 27 days, but there are shorter options available, too.

On the Snowman Trek, hikers will get a chance to see some of the most remote terrain in all of Bhutan. It ventures to some of the highest mountains passes in the country and it offers fantastic views of Jomolhari along the way. Plus, it more or less traverses Jigme Dorji from west to east, so it’s a nice option if you want to see a significant portion of the park.

Looking for a place to stay near Jigme Dorji National Park? Here are some of the best places to check out:

Bhutan’s capital and its largest city, Thimphu (ཐིམ་ཕུ) is a community of some 115,000 people who live in the west-central part of the country to the south of the park. Interestingly, Thimphu was declared the country’s capital by the same king for whom the park is named, Jigme Dorji Wangchuck.

Thimphu is the center for tourism and trade in Bhutan. Although the country’s airport is actually located a short drive outside the city, most visitors to Bhutan start their visit in Thimphu. Here, you can learn more about the fantastic history and culture of the region before heading north into the park itself.

The small community of Gasa (མགར་ས) is located in the heart of Jigme Dorji National Park. It is home to about 3,500 people who live in some of the most remote parts of the country. The town contains a great selection of shops and other facilities that support the local community and cater to tourists.

As a result of its northerly location within Bhutan, Gasa is situated in a highly mountainous area. Indeed, the highest point in the town is at an elevation of about 4,240 meters (13,910 ft). The surrounding land is also heavily forested, so it’s a truly stunning place to visit if you’re venturing into the more remote parts of the park.

The community of Punakha (སྤུ་ན་ཁ) is located just to the south of Jigme Dorji National Park in the Punakha dzongkhag. It is home to about 6,500 people and it is a highly agricultural community.

Although Punakha is located quite close to Thimphu it’s well worth a visit in its own right. The town contains a number of stunning temples, including one that served as the coronation site for the first king of Bhutan. 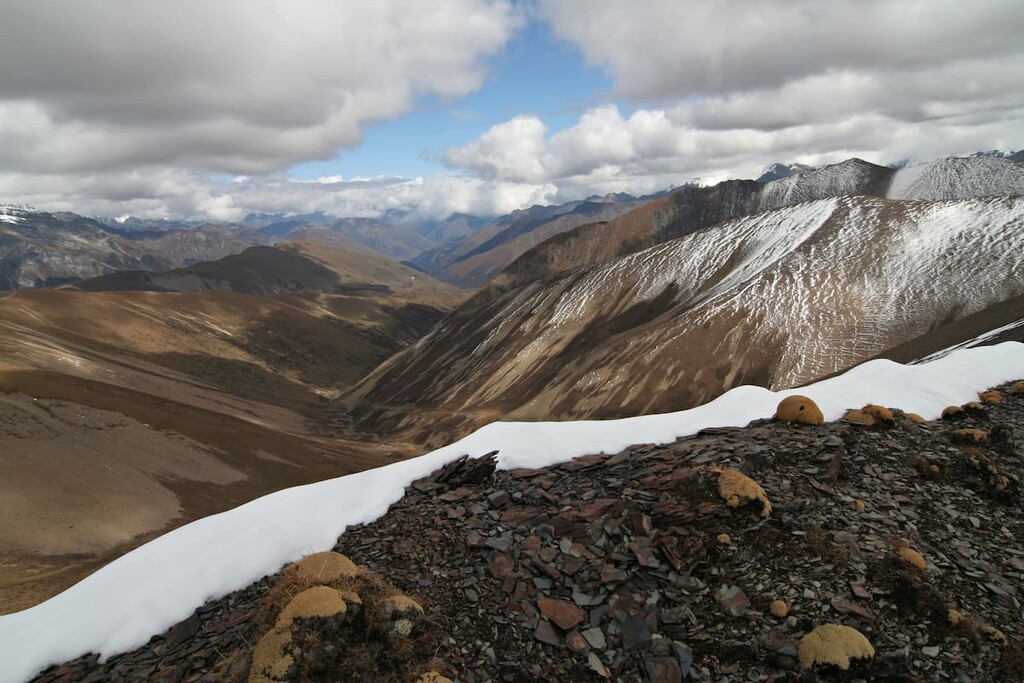 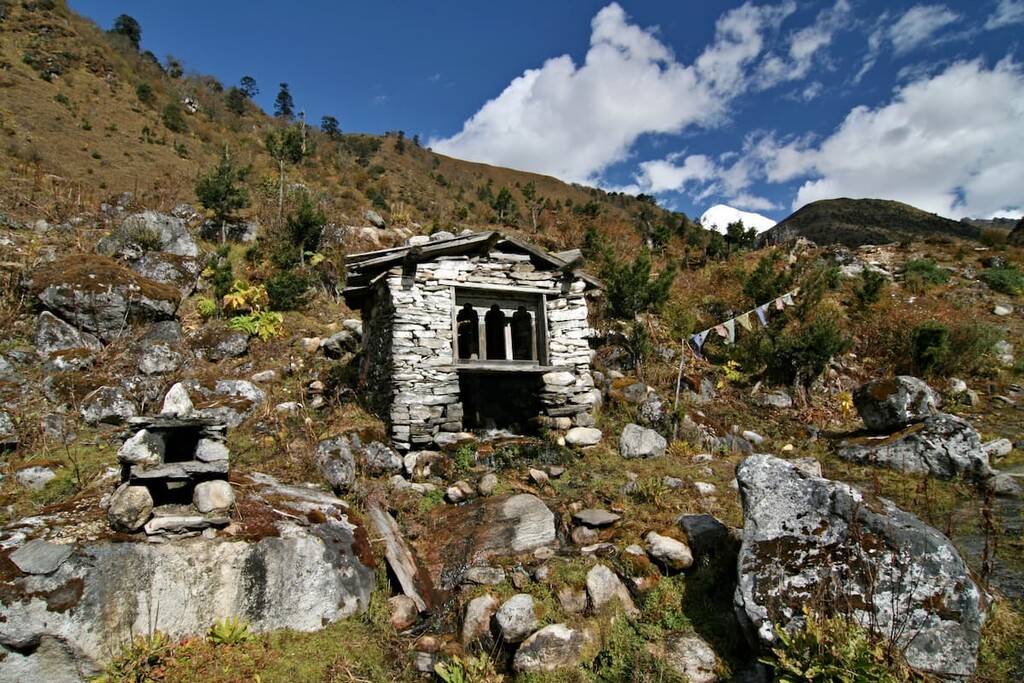 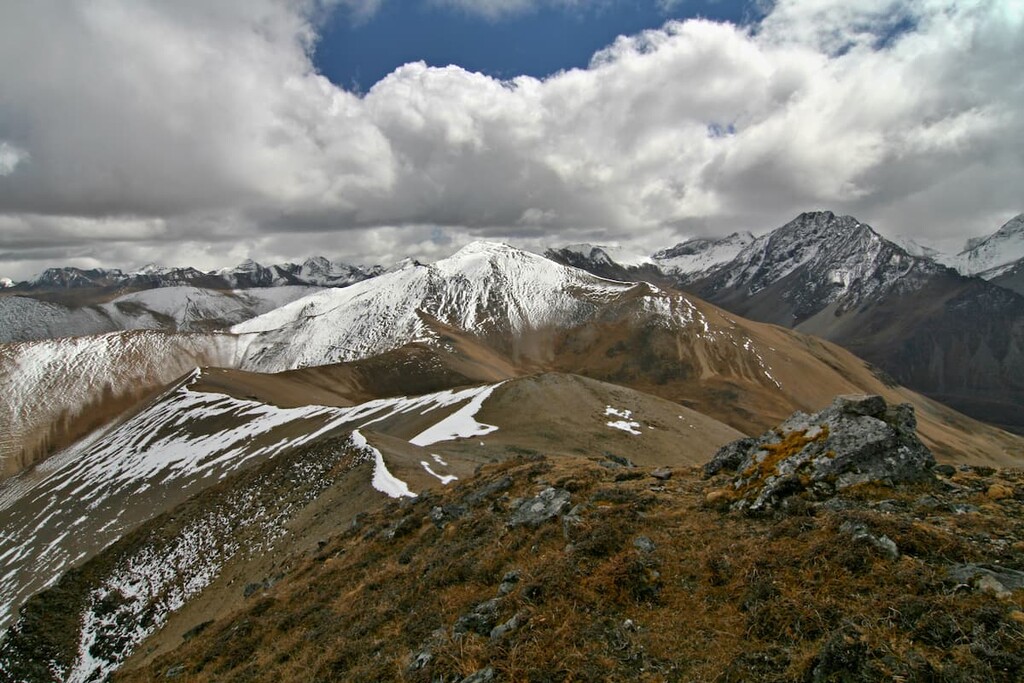 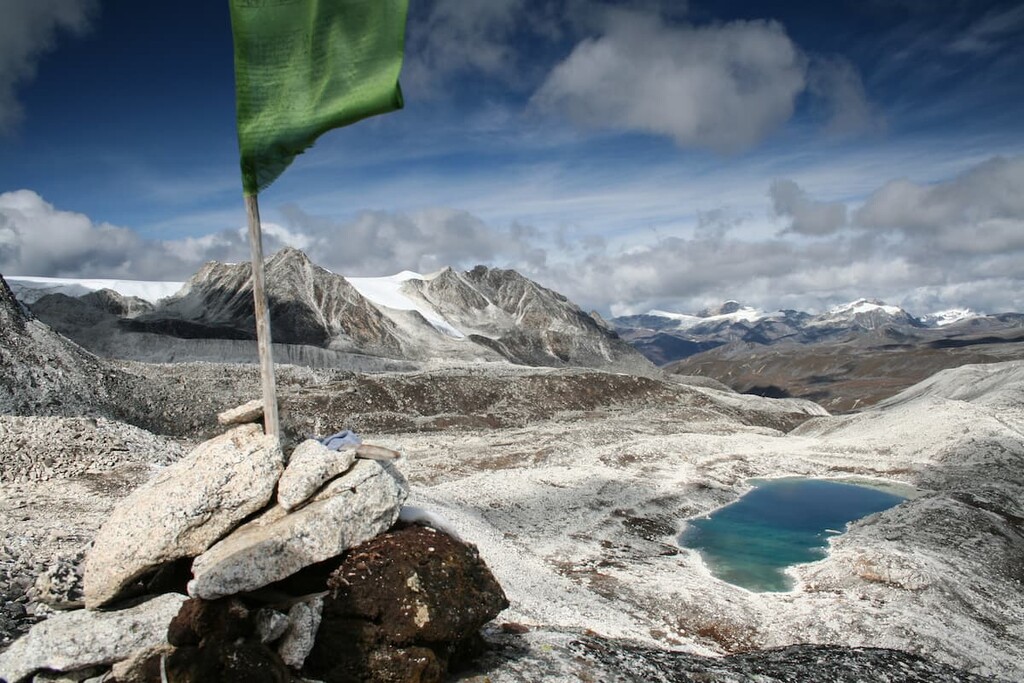 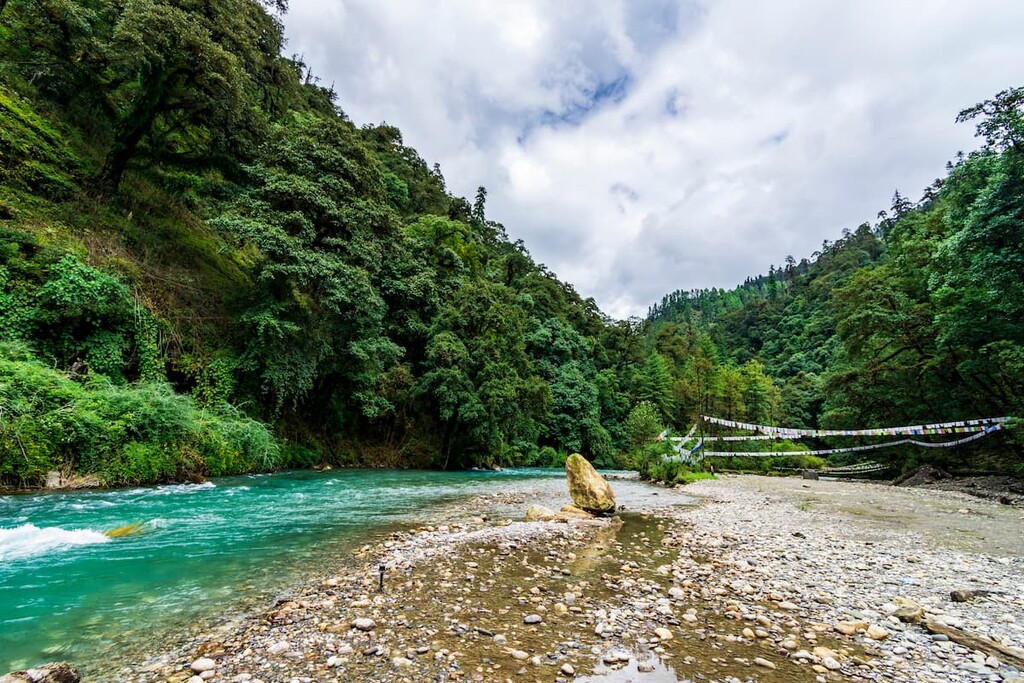 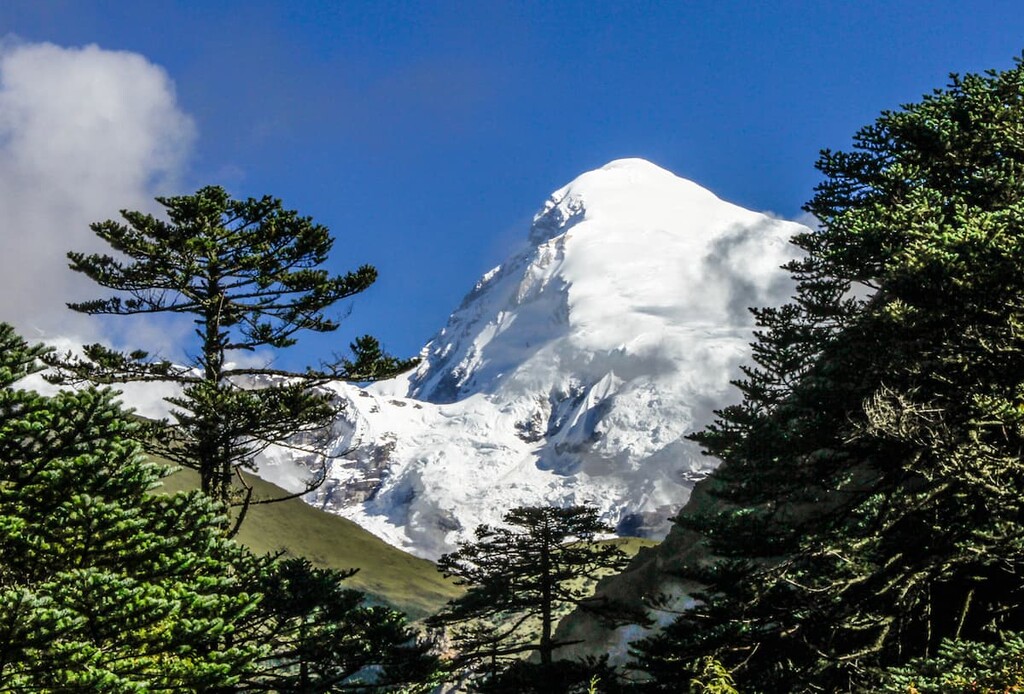 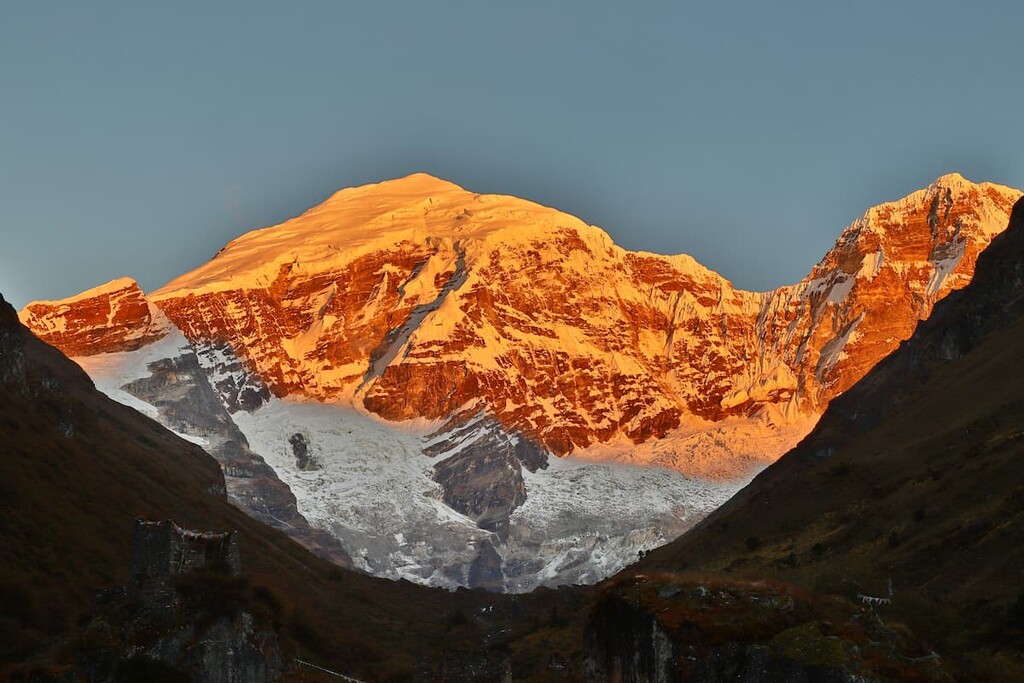