Located in the heart of the Columbia River Gorge, Skamania County covers 1,656 square miles of southwestern Washington. The county is accessible via two main highways, I-84 in Oregon and Highway 14 in Washington.

Skamania is bordered by the Washougal River to the west, the White Salmon River to the east, the Columbia River to the south, and the Mount St. Helens National Volcanic Monument to the north. Roughly 90% of the county is forested and 80% lies within the Gifford Pinchot National Forest.

Skamania’s history is shaped by the Columbia River, particularly the Columbia Cascades, a geographic feature that once divided the lower Columbia from the middle Columbia. 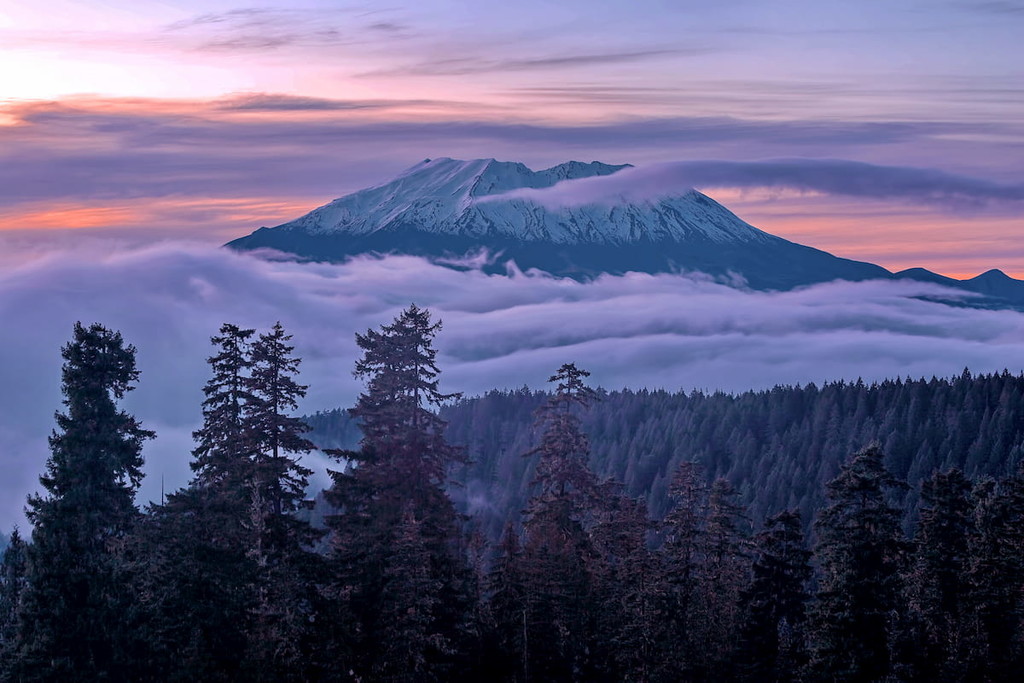 The first inhabitants of the area were the Chilluckittequw, an upper Chinook tribe that thrived along the rivers that drained into the Columbia between Beacon Rock and the Hood River. The Chilluckittequw people survived on salmon from the Columbia and rented fishing huts along the rapids to other tribes in the area. Skamania County is named after the Chinook word sk’mániak, which translates to “swift waters.”

The first Americans to reach present day Skamania County were Lewis and Clark, who mapped the Columbia River and made note of the Columbia Cascade Rapids. In the 1840s, when the Oregon Trail brought the first big wave of settlers to the area, the Chilluckittequw began charging tolls to Oregon Trail migrants from the states. Early pioneers and missionaries were forced to leave the river and portage around the Cascade Rapids due to the treacherous water.

Skamania County was formed in March 1843. A month later, legislators took a portion of the county to form Walla Walla County. Oddly enough, eleven years later, in 1865, Skamania County was eliminated altogether, and the land was divided between Clarke and Klickitat counties. In 1867, however, the Territory reversed its decision, reestablishing Skamania County.

Helens, Adams, and Lone Butte are all volcanoes that lie in the Pacific Ring of Fire. Mount St. Helens is the most frequently active volcano in the Cascades and is infamous for its last major eruption. On May 18, 1980 Mount St. Helens cataclysmically erupted, leveling millions of trees, ripping soil from bedrock, and sending towering plumes of ash into the air for more than nine hours. The 1980 eruption was the deadliest and most economically destructive volcano event in U.S. history and reduced the elevation of the mountain’s summit from 9,677 feet to roughly 8,363 feet.

Boasting an impressive 2,400-foot vertical drop on its southeast face, Table Mountain is considered one of the most spectacular landmarks of the Columbia River Gorge. The Red Bluffs, an impressive escarpment created by massive landslides, connects Table Mountain to nearby Greenleaf Peak. One of the most recent and extraordinary landslides, the Bonneville Slide, dammed the Columbia River near present-day Cascade Locks, Oregon. Eventually, the Columbia River broke through the natural dam, forming the previously mentioned and once-treacherous Cascade Rapids.

Skamania County is home to hundreds of miles of scenic hiking trails, including a portion of the 2,653-mile Pacific Crest Trail. The 80-mile-long Columbia River Gorge boasts plenty of dramatic vistas, while historic markers and remnants of the Lewis and Clark Expedition can be found at Fort Cascades, Fort Raines, and in local state parks. Visitors can fish, cycle, kayak, cross-country ski, camp, or sightsee in Skamania, making it an ideal destination for any type of traveler.

Established in 1982, the Mount St. Helens National Monument contains 110,000 acres of wilderness that was protected and preserved after the volcano’s eruption in 1980. This region is particularly popular for hiking, camping, fishing, and ranger-led programs. Mount St. Helens offers 200 miles of trails that range from barrier-free, paved walkways to scenic, multi-day treks. Popular trails and attractions include the Johnston Ridge Observatory, Harry’s Ridge, Norway Pass, and Lava Canyon.

The Mount Adams Ranger District lies along the eastern boundary of the Gifford Pinchot National Forest and contains 367,000 acres. This region contains the Mount Adams Wilderness, Indian Heaven Wilderness, and Trapper Creek Wilderness. Mount Adams, the second highest summit in Washington, is the most popular attraction in the area. There are several routes to the top of the mountain, including a non-technical South Climb that is popular among locals. Aside from summiting Mount Adams, popular trails in this region include:

Like Stevenson, North Bonneville is a well-kept secret. Less than an hour from metropolitan Portland, North Bonneville boasts streams packed with salmon and steelhead, several beautiful lakes, and is located near historic Strawberry Island, visited and named by Lewis and Clark. A Lewis and Clark Historical site can be found just east of town, and three miles away, Beacon Rock State Park, home to the world’s second-largest monolith, serves as the perfect place to pitch a tent and explore.

Panorama from the end of Strawberry Island in North Bonneville 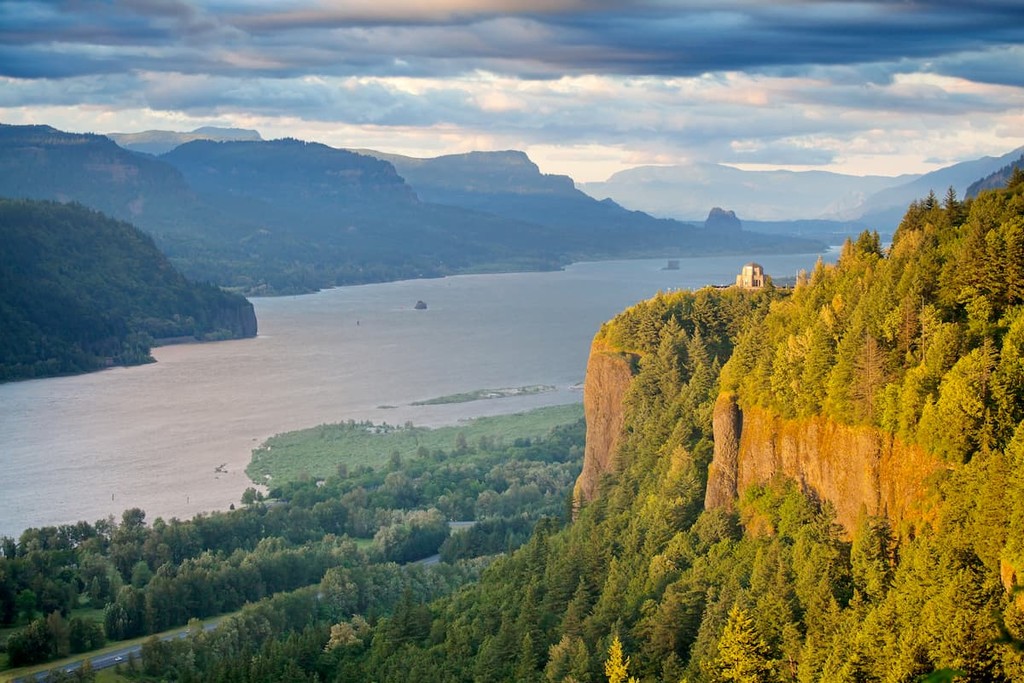 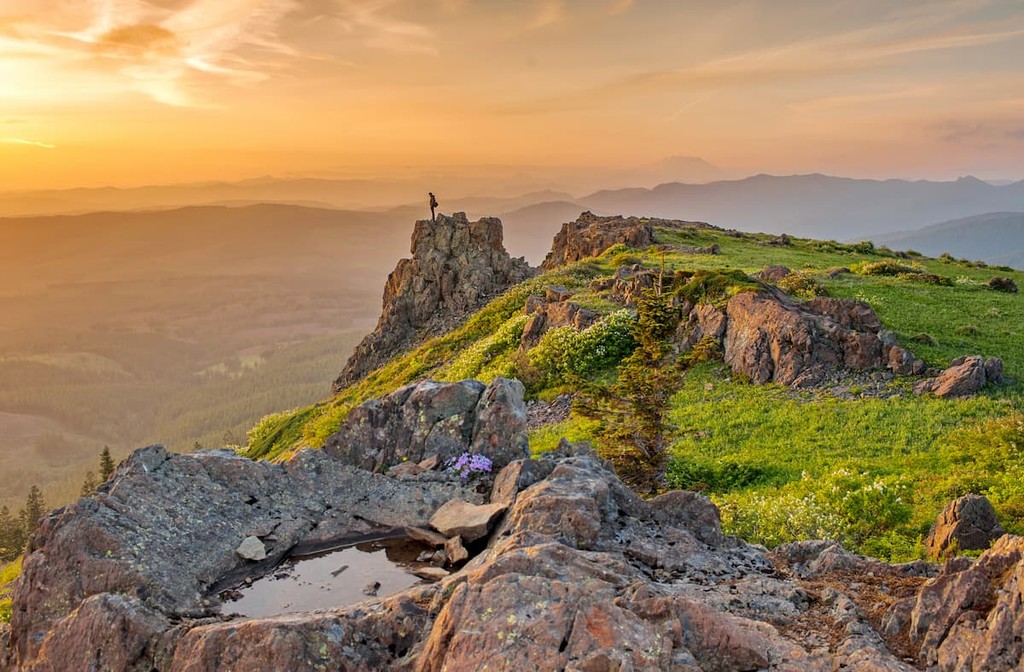 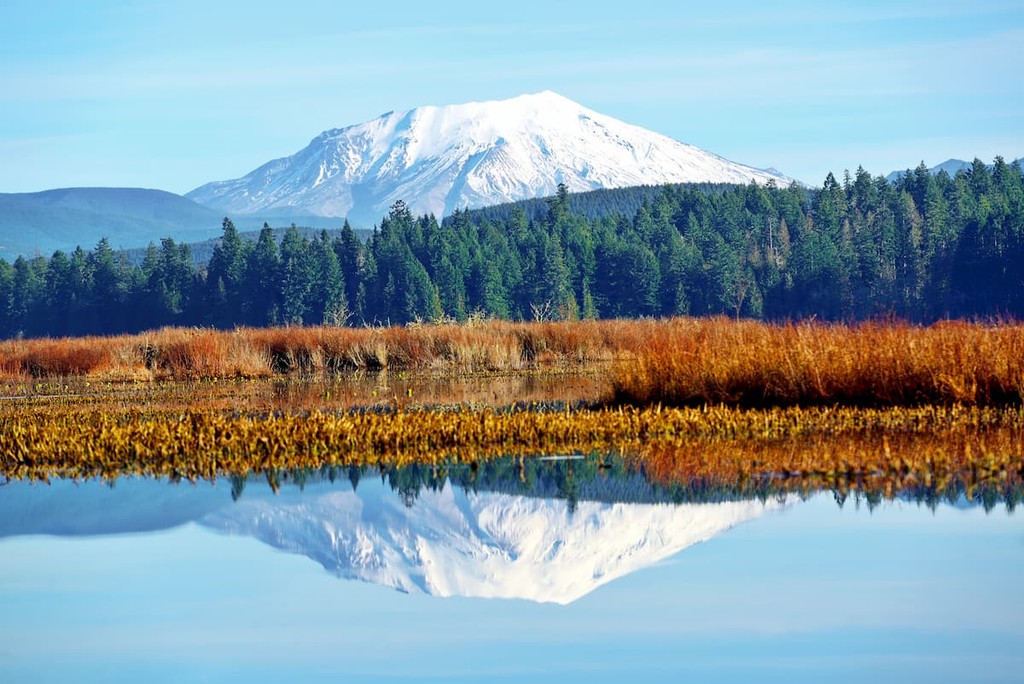 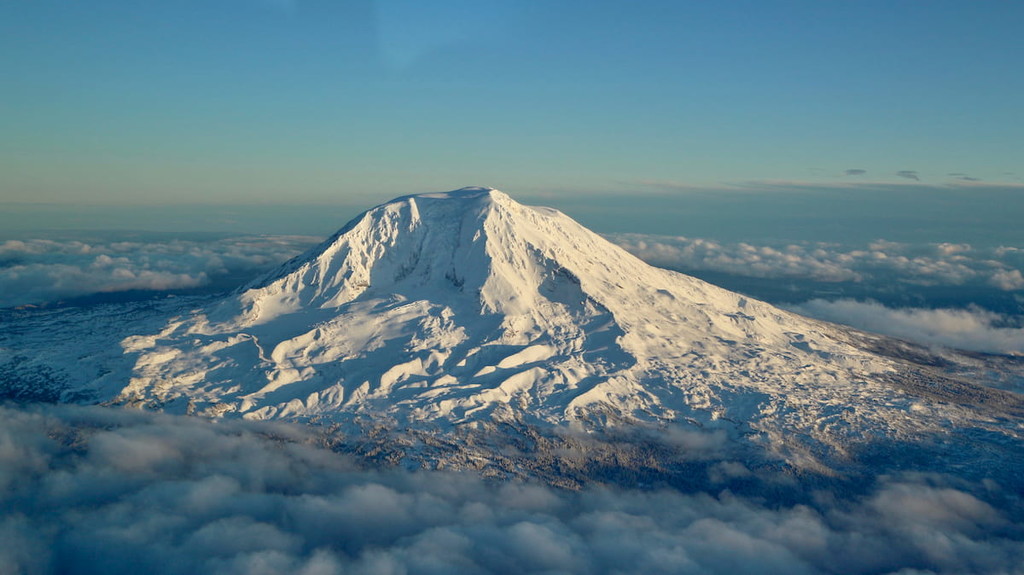