Skagit County is located in the northwestern region of the state of Washington in the United States. The population of the entire county totals at 129,000. The county gets its name after the indigenous Skagit tribe who inhabited the area prior to European-American settlers. The county is known for covering a diverse and abundant landscape. The region stretches from parts of the San Juan Islands located in the Salish Sea, across the Skagit Valley which is known for its tulips and strawberries, and up into the northern portion of the Cascade Mountain Range. 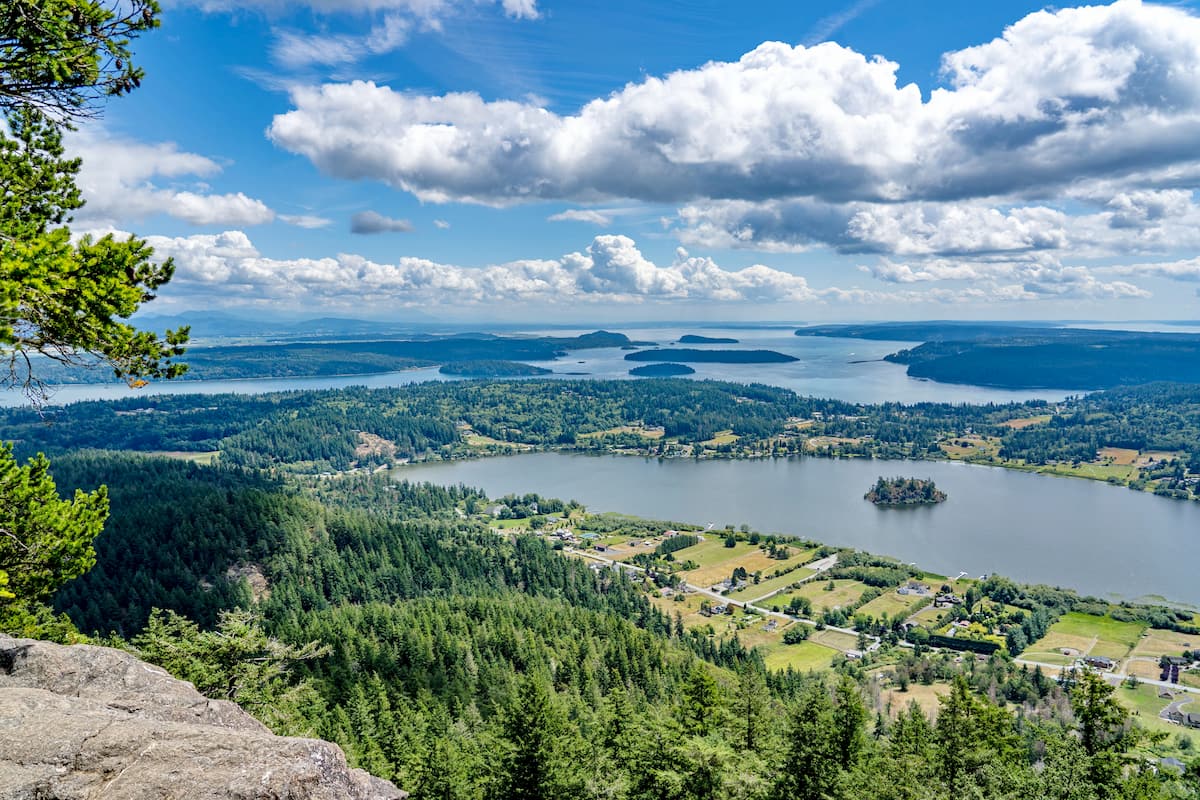 There are 125 named mountains in Skagit County. Buckner Mountain is the highest point at 9,088 feet. The most prominent mountain is Round Mountain. Within the county lies parts of the Mount Baker-Snoqualmie National Forest, North Cascades National Park, Ross Lake National Recreation Area, and the Pacific Northwest National Scenic Trail. The county spans 1,920 square miles across western Washington.

The diversity of the county provides ample opportunities for outdoor recreation. From kayaking in the Salish Sea to climbing the rugged peaks in the Cascade Mountains, this county has a lot to offer when it comes to the outdoors. Buckner Mountain, which is sometimes called Mount Buckner, is the tallest point in the entire county. The peak lies within the Stephen Mather Wilderness of North Cascades National Park. Reaching over 9,000 feet, this peak is one of 10 peaks in the state that reaches above 9,000 feet and is not volcanic.

There are three Salish Native American tribes who have reservations within the county. This includes the Swinomish, Upper Skagit, and Samish tribes.

Mount Baker-Snoqualmie National Forest: The Mount Baker-Snoqualmie National Forest spans 1,724,229 acres across western Washington. The forest stretches 140 miles from the Canadian border down to the boundary of Mount Rainier National Park. The region of the forest that lies within Skagit County contains a vast network of trails, including part of the Ross Lake National Recreation Trail which starts in Montana and travels westward to the Washington peninsula.

North Cascades National Park: The North Cascades National Park spans 504,654 acres across the western portion of the state. The Stephen Mather Wilderness within the park lies within Skagit County. There are over 390 miles of trails within the rugged wilderness, including part of the Pacific Crest Trail. Though beautiful, much of this wilderness can only be reached by multi-day backpacking hikes.

With a population of 36,000, Mount Vernon is the most populous city in Skagit County. The city is known for its annual Skagit Valley Tulip Festival. The climate in the city is similar to that of northern France, making it the ideal climate to grow tulips in. The downtown area borders the Skagit River which is prone to flooding. Situated between the Puget Sound and the Cascade Mountains, Mount Vernon is always near outdoor adventure.

With a population of 17,000, Anacortes is the second largest city within Skagit County. The city is best known for being a hub for the Washington State Ferries. Though there are a few other ferries throughout the Puget Sound, Anacortes has routes going to Lopez Island, Shaw Island, Orcas Island, San Juan Island and Victoria, British Columbia, located on Vancouver Island in Canada. The small town sits on Fidalgo Island though a bridge makes the city accessible without the need for a ferry. The unique location of the city provides Anacortes with just 21 inches of annual rainfall, less than half of Seattle.