3 250 m
Elevation
Elevation is the altitude of a place
above sea level.

980 m
Prominence
Peak’s prominence is the least
vertical to be covered to get from the
summit to any other higher terrain.

Proportional Prominence 1 883 m
Glacier
A mountain with a glacier on the crests and / or slopes.
Location
46.354547 N  7.360836 E
The Wildhorn is a mountain of the Alps, straddling the border between the Swiss cantons of Bern and Valais. At 3,248 metres (10,656 ft) above sea level, it is the highest summit of the Bernese Alps west of the Gemmi Pass. It forms a large glaciated massif, about 10 km wide, extending between the Sanetsch Pass and the Rawil Pass. Along with the Muverans, the Diablerets and the Wildstrubel, the Wildhorn is one the four distinct mountain massifs of the Bernese Alps that lie west of the Gemmi Pass. The massif of the Wildhorn is at the centre between the valleys of the Saane, Simme (both canton of Bern) and the Rhone (Valais). It comprises several distinct summits, including (from west to east) the Arpelistock, Le Sérac, the Geltenhorn, the Sex Noir, the Sex Rouge, the Schnidehorn and the Six des Eaux Froides. The main crest is between the glaciers named Tungelgletscher and Glacier du Wildhorn. South of the main summit is the almost equally high summit of Mont Pucel (3,177 m). The Wildhorn is surrounded by several large mountain lakes: the Lac de Sénin, the Lauenensee, the Iffigsee, the Lac de Tseuzier and the Lac des Audannes. The Tungelgletscher, on the north-east face, was measured as 1.9 km in length in 1973.

The Wildhorn lies approximately halfway between Gstaad (BE; 14 km away), Sion (VS; 14 km) and Lenk (BE; 13 km), its summit being in the municipalities of Lauenen (BE), Savièse (VS) and Ayent (VS). The nearest settlements are Lauenen, Anzère (Ayent) and Gsteig bei Gstaad. The highest place in the massif that can be easily reached is the Pas de Maimbré station (2,362 m), which is connected to Anzère by a gondola lift.

As for the other mountains on the crest of the Bernese Alps, the slopes of the Wildstrubel experience different types of climate depending on their location: the northern slopes are cooler and wetter while the southern slopes are dryer and warmer. Forests are found up to 1,800 metres on the north side and up to 2,100 metres on the south side. Glaciers also reach significantly lower locations on the north side. Vineyards are also very common on the Valais side, especially below 1000 metres, but completely absent on the Bernese side, where alpine pastures dominate the landscape, as in many other areas of the Bernese Oberland. 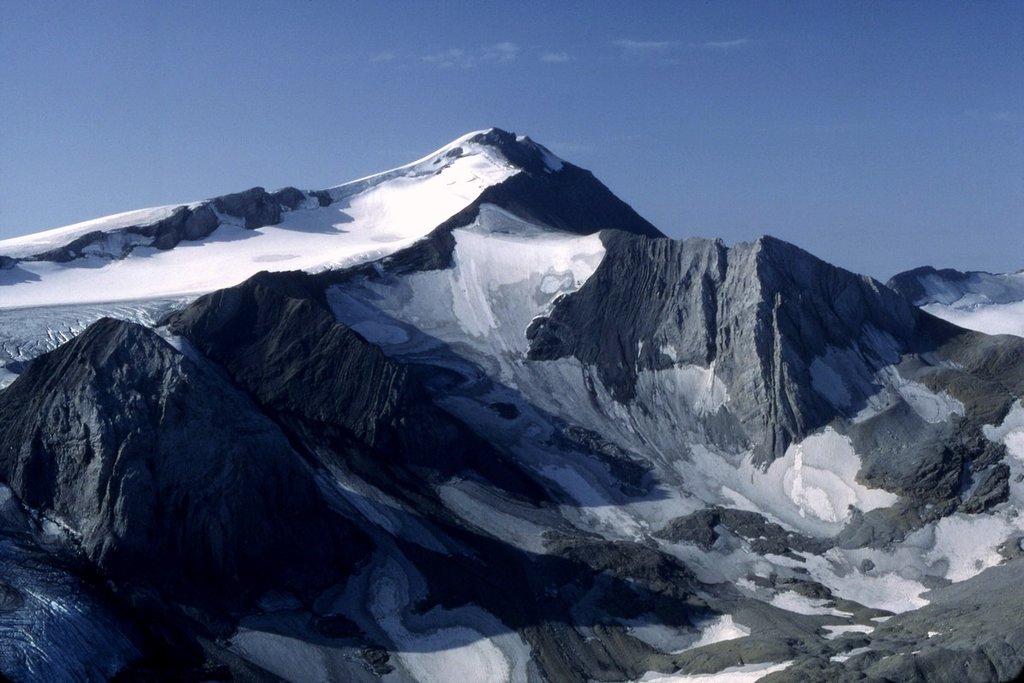 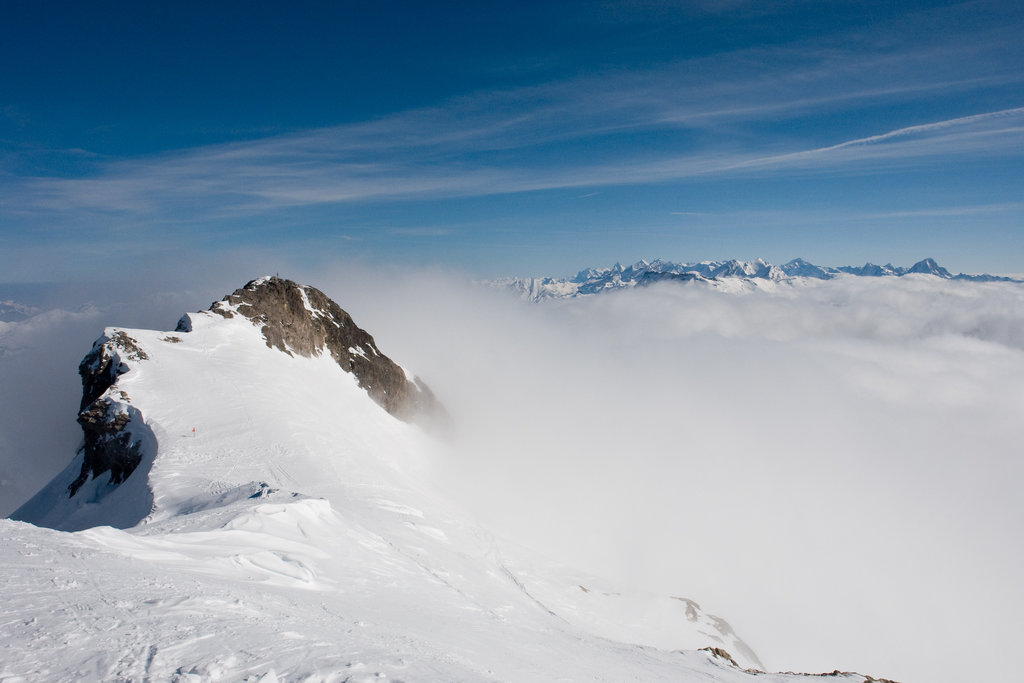 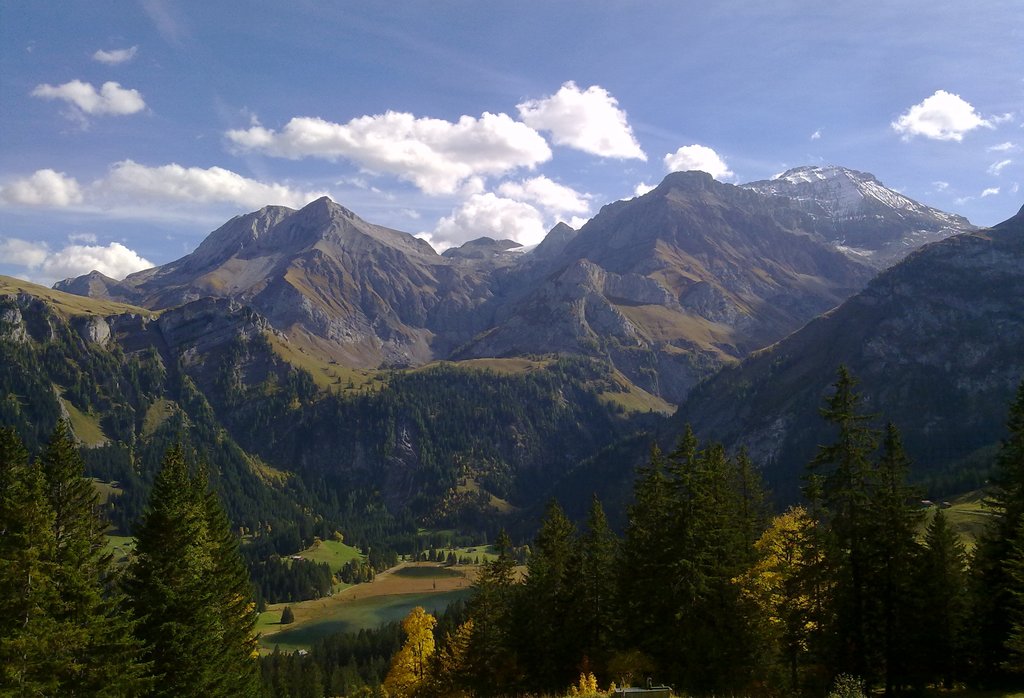 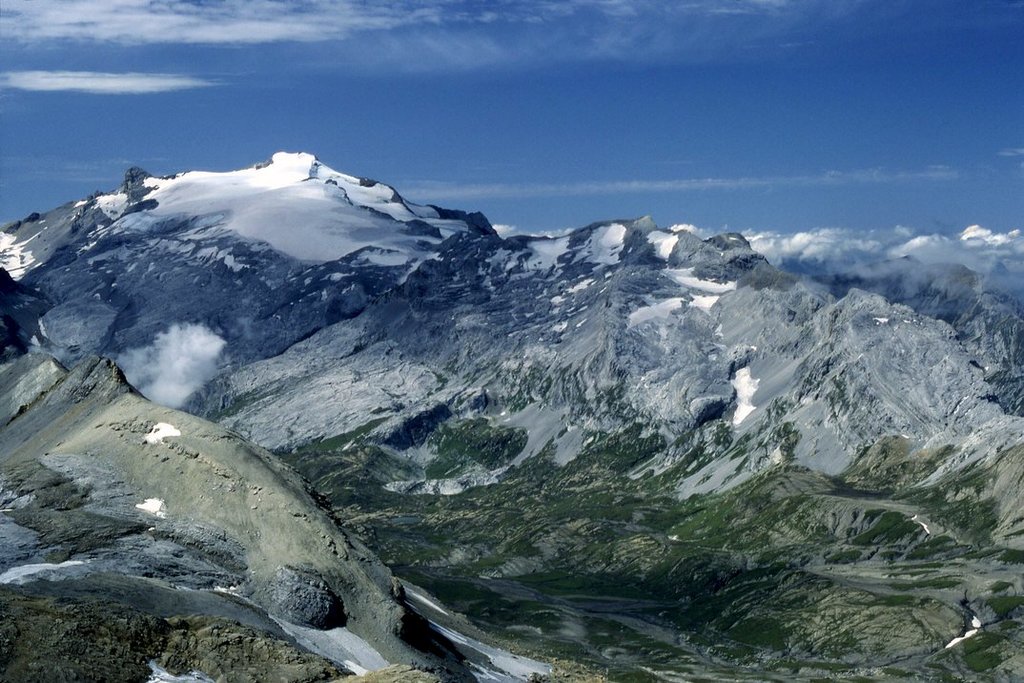 46.4125 N   7.647222 E
Nearest Higher Neighbor
Rinderhorn - 23.5 km ENE
El: 3 449 m / Prom: 425 m
Summit Register
See all
Tizian Göbel
Check out a downloadable 3D model of Wildhorn area. A higher resolution model can be found in the PeakVisor mobile app.
Do you have photos of Wildhorn or know something about it? Please let us know!