2 181 m
Elevation
Elevation is the altitude of a place
above sea level.

464 m
Prominence
Peak’s prominence is the least
vertical to be covered to get from the
summit to any other higher terrain.

Proportional Prominence 1 027 m
Location
50.059088 N  -122.956997 W
Whistler Mountain is a mountain in the Fitzsimmons Range of the Pacific Ranges of the Coast Mountains, located on the northwestern edge of Garibaldi Provincial Park. It is the location of the Whistler-Blackcomb ski resort and the town of Whistler, British Columbia.

The original name of the mountain was London Mountain, named after a mining claim in the area. The locality was called Alta Lake before the creation of the Resort Municipality of Whistler in the 1970s, but the mountain's name had already been changed in 1965 as the associations with London's bad weather were deemed to be bad for advertising purposes. With the advent of the ski resort in the late 1960s the name was changed to "Whistler" to represent the whistling calls of the marmots, which are also known as "whistlers", that live in the alpine areas of the mountain.

Because of the mountain's proximity to Garibaldi Provincial Park, ski lifts are regularly used to quickly access the alpine, and ski tour into the park. The summit is home to the Whistler Peak chair, and this makes it one of the most traveled summits in BC.

The mountain forms part of a major ski and snowboard resort.
There's a trail leading to the summit. 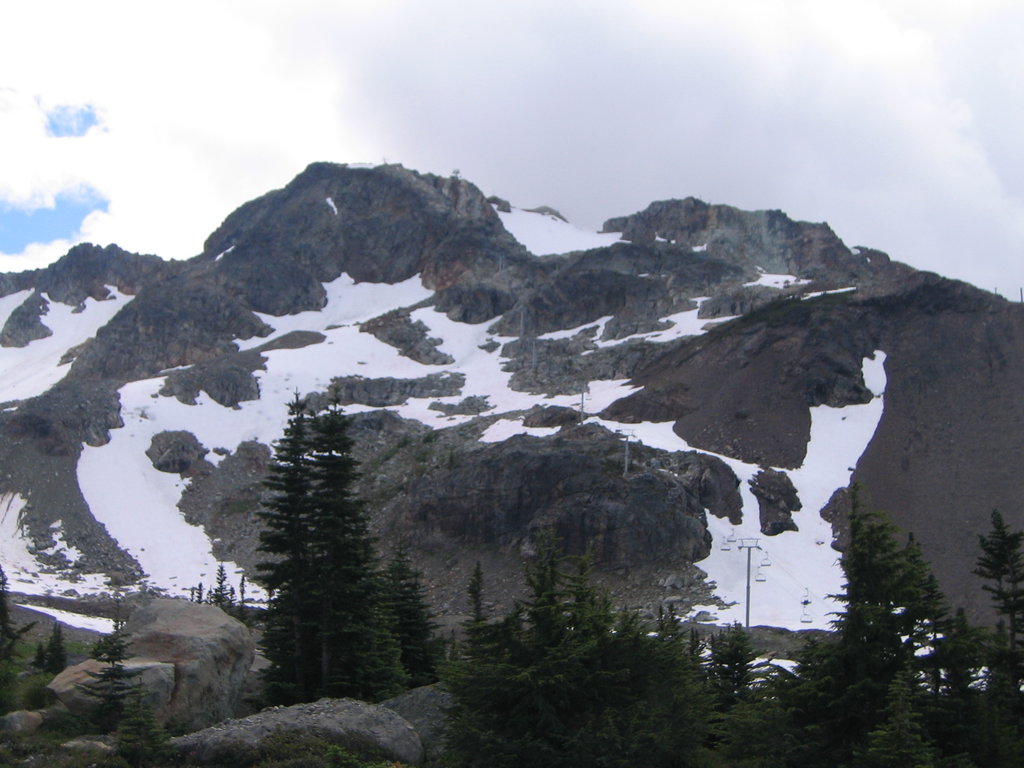 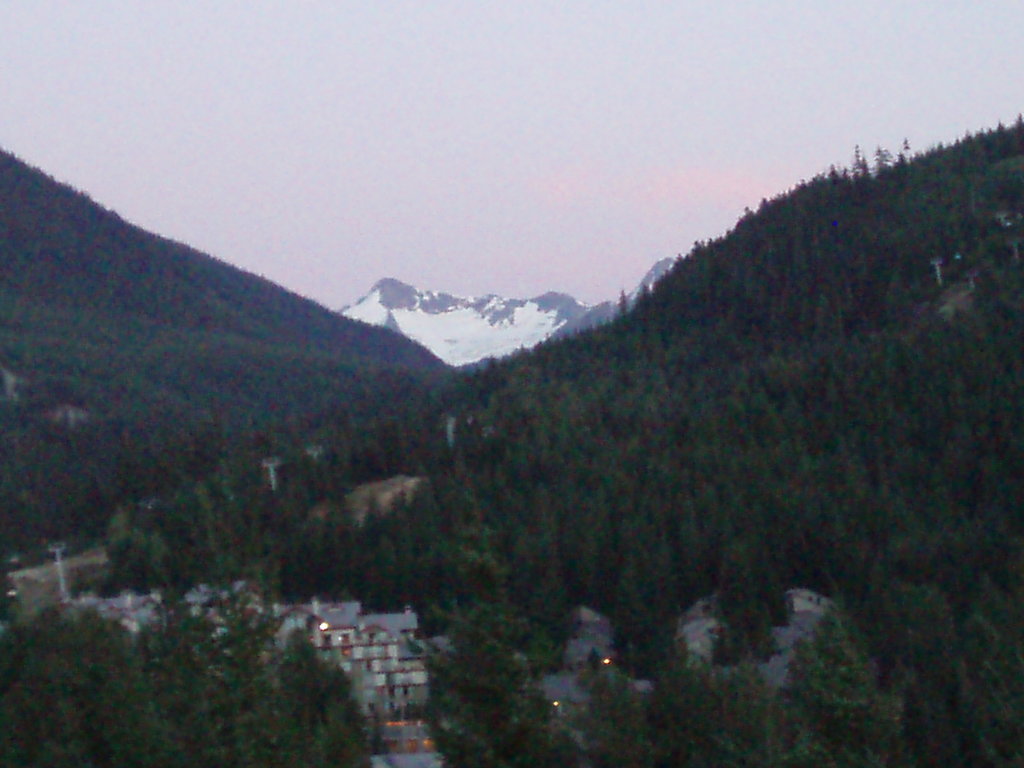 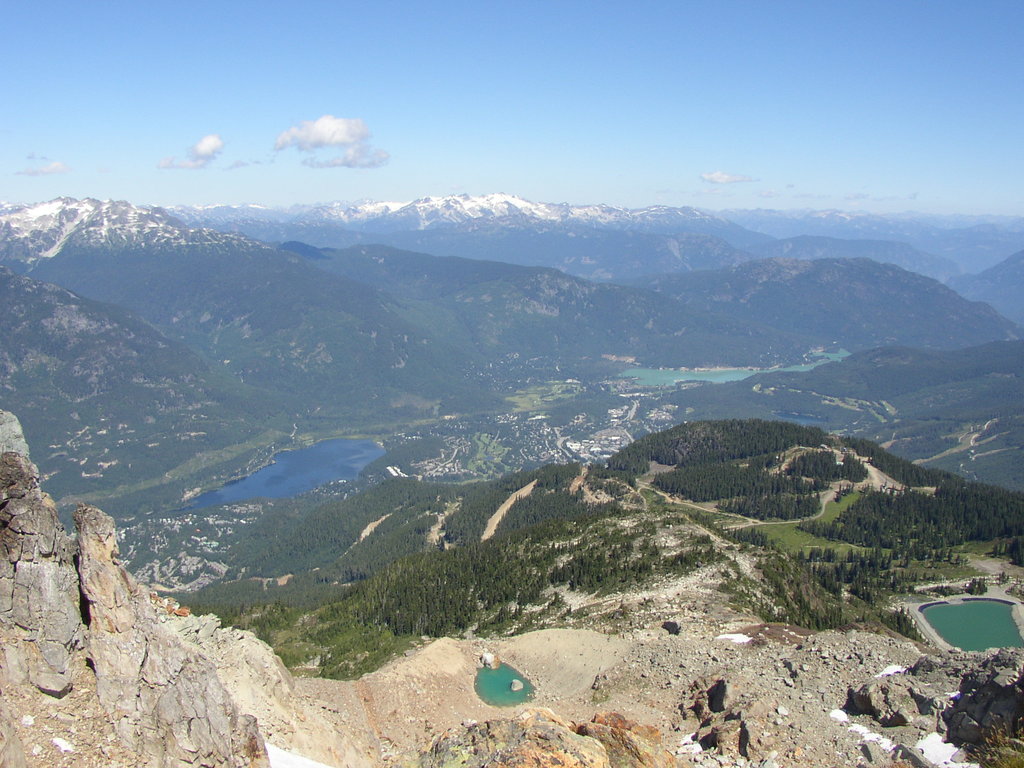 Whistler Village Gondola
Start
684 m
End
1 832 m
Show all 23 lifts
Show only 10 lifts
All mountain lifts in region
Check out a downloadable 3D model of Whistler Mountain area. A higher resolution model can be found in the PeakVisor mobile app.
Do you have photos of Whistler Mountain or know something about it? Please let us know!