4 505 m
Elevation
Elevation is the altitude of a place
above sea level.

1 239 m
Prominence
Peak’s prominence is the least
vertical to be covered to get from the
summit to any other higher terrain.

Proportional Prominence 3 985 m
Top 10 of the Alps
Top 10 mountains of the region by elevation with prominence bigger than 300 ⁠m / 984 ⁠ft.
Glacier
A mountain with a glacier on the crests and / or slopes.
Location
46.101213 N  7.716099 E
The Weisshorn (German, lit. white peak/mountain) is a major peak of the Alps and Switzerland, culminating at 4,506 metres (14,783 feet) above sea level. It is part of the Pennine Alps and is located between the valleys of Anniviers and Zermatt in the canton of Valais. In the latter valley, the Weisshorn is one of the many 4000ers surrounding Zermatt, with Monte Rosa and the Matterhorn.

The Weisshorn was first climbed in 1861 from Randa by the Irish physicist John Tyndall, accompanied by the guides J.J. Bennen and Ulrich Wenger. Nowadays, the Weisshorn Hut is used on the normal route. The Weisshorn is considered by many mountaineers to be the most beautiful mountain in the Alps and Switzerland for its pyramidal shape and pure white slopes.

In April and May 1991, two consecutive rockslides took place from a cliff above the town of Randa on the east side of the massif, below the Bis Glacier.
There's a difficult alpine trail (T6) called Firngrat leading to the summit.

The nearest mountain hut is Schalijochbiwak located 1 012m/3 322ft SW of the summit. 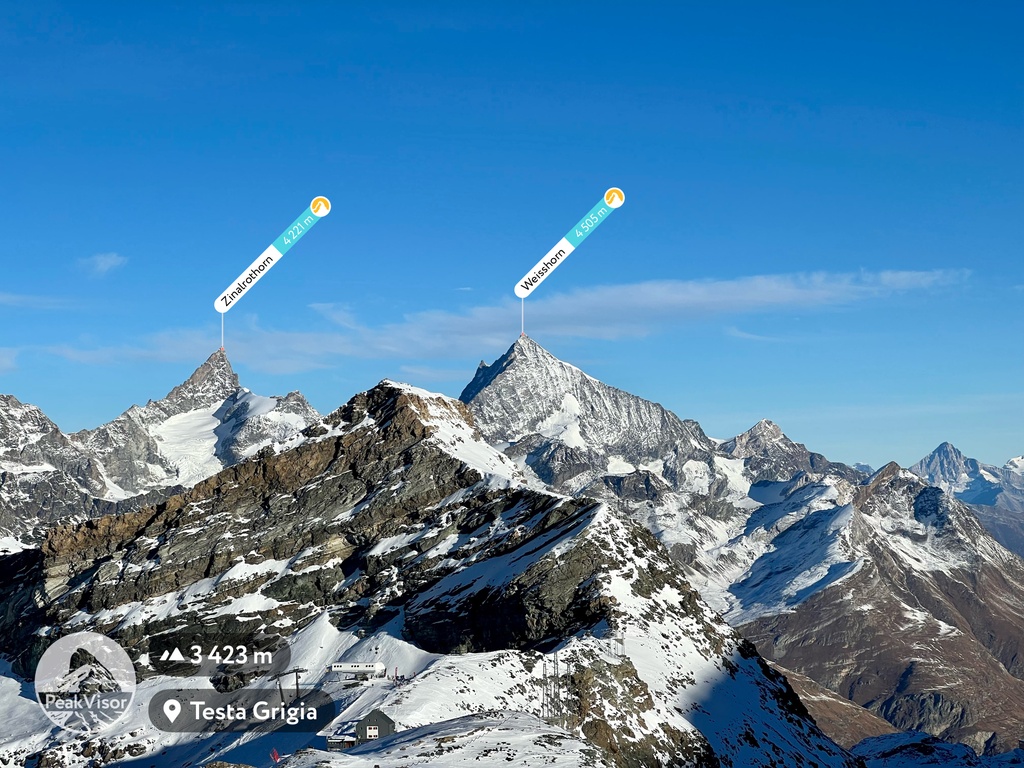 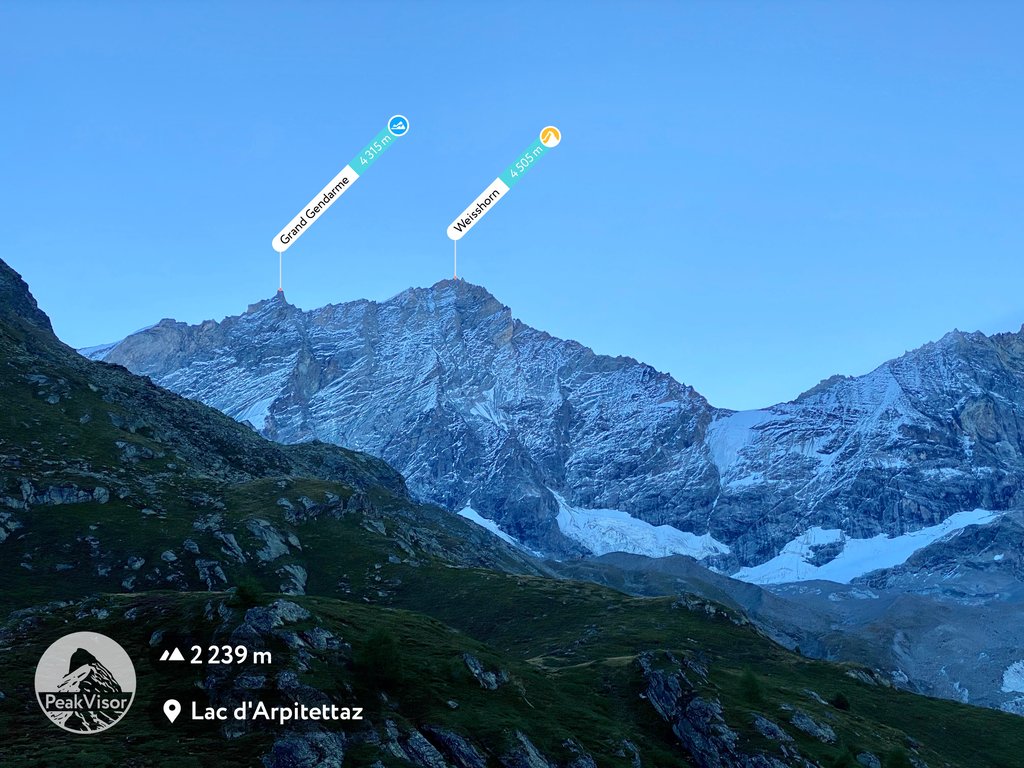 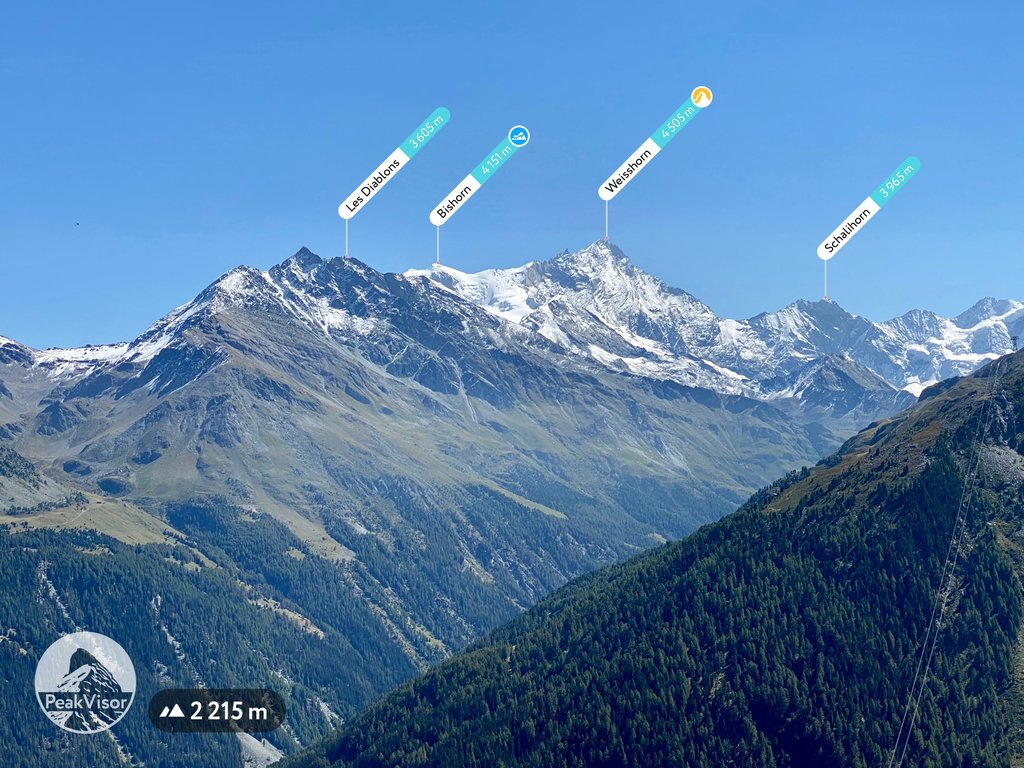 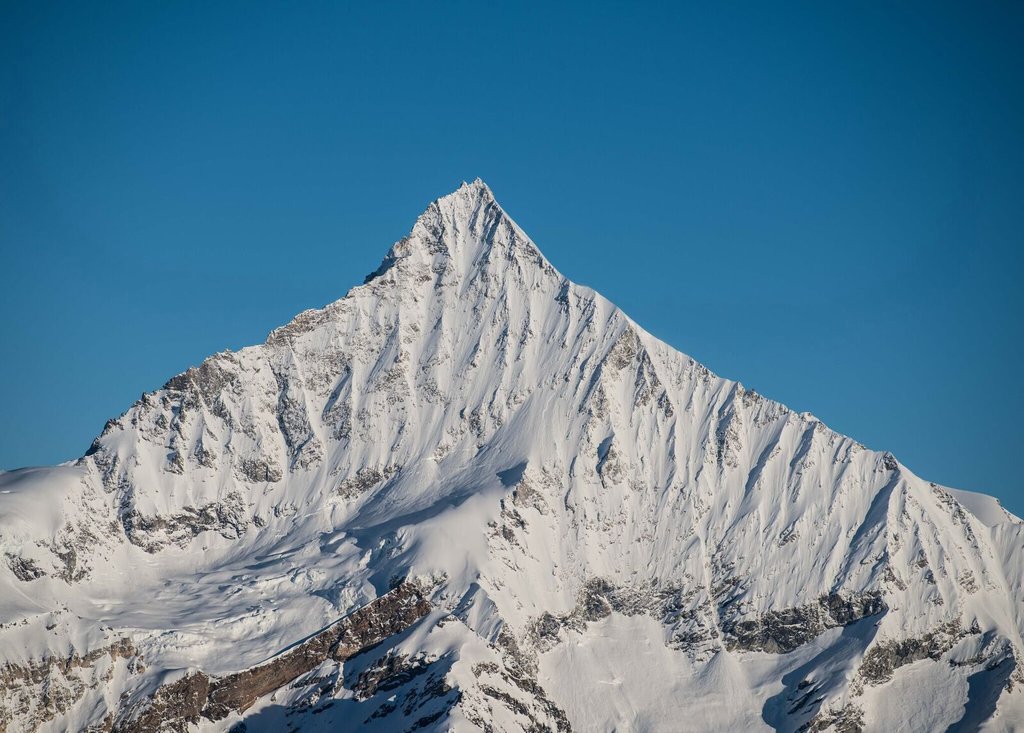 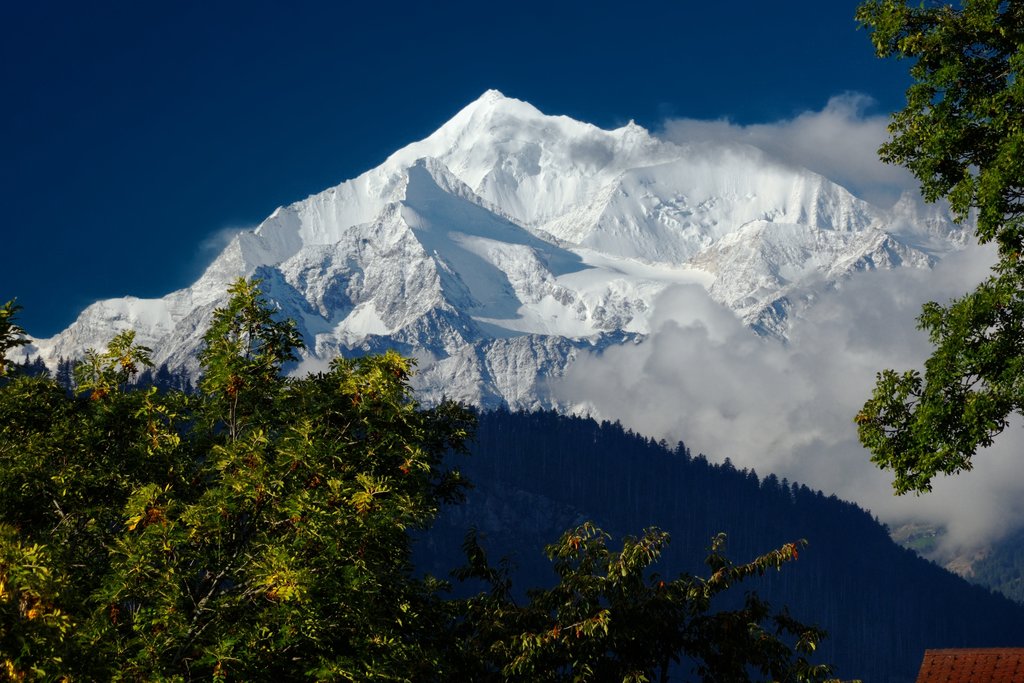 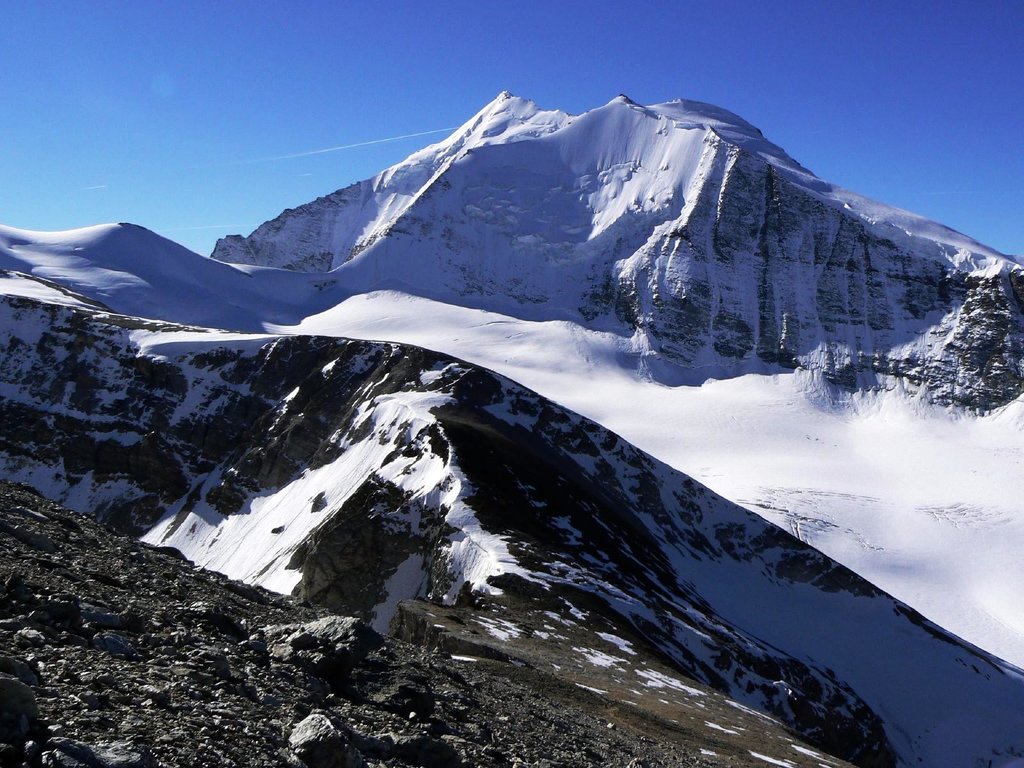 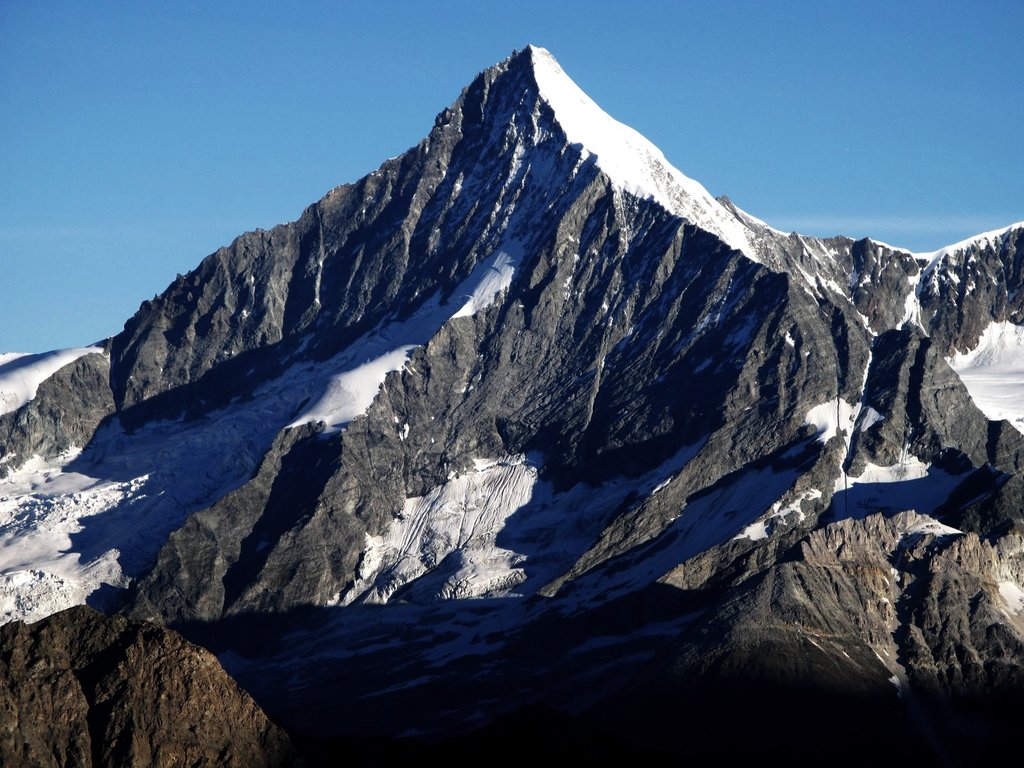 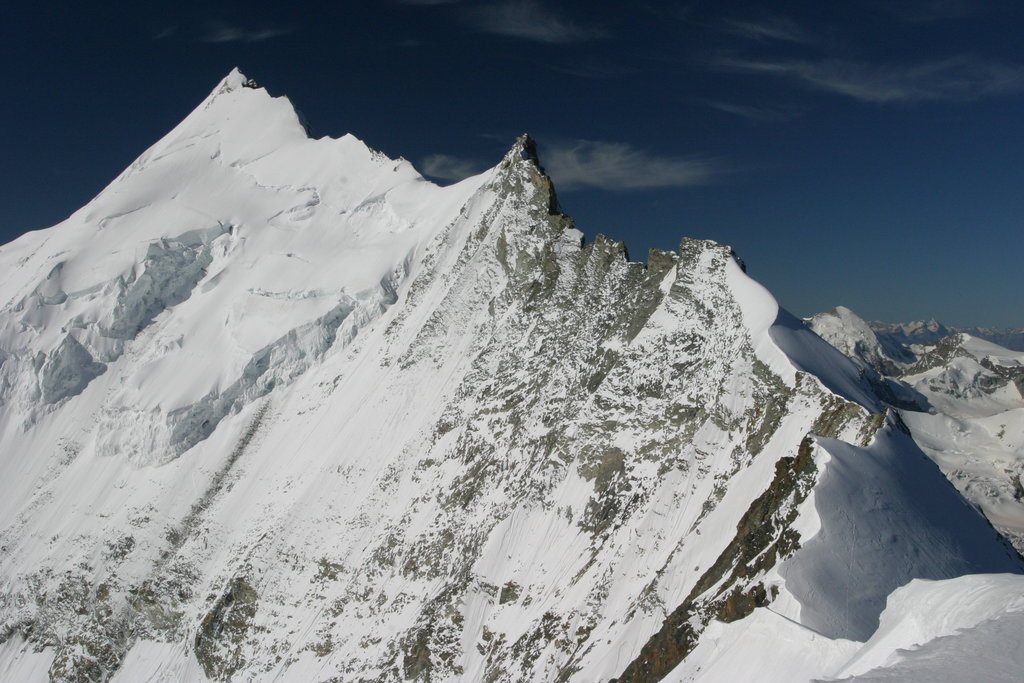 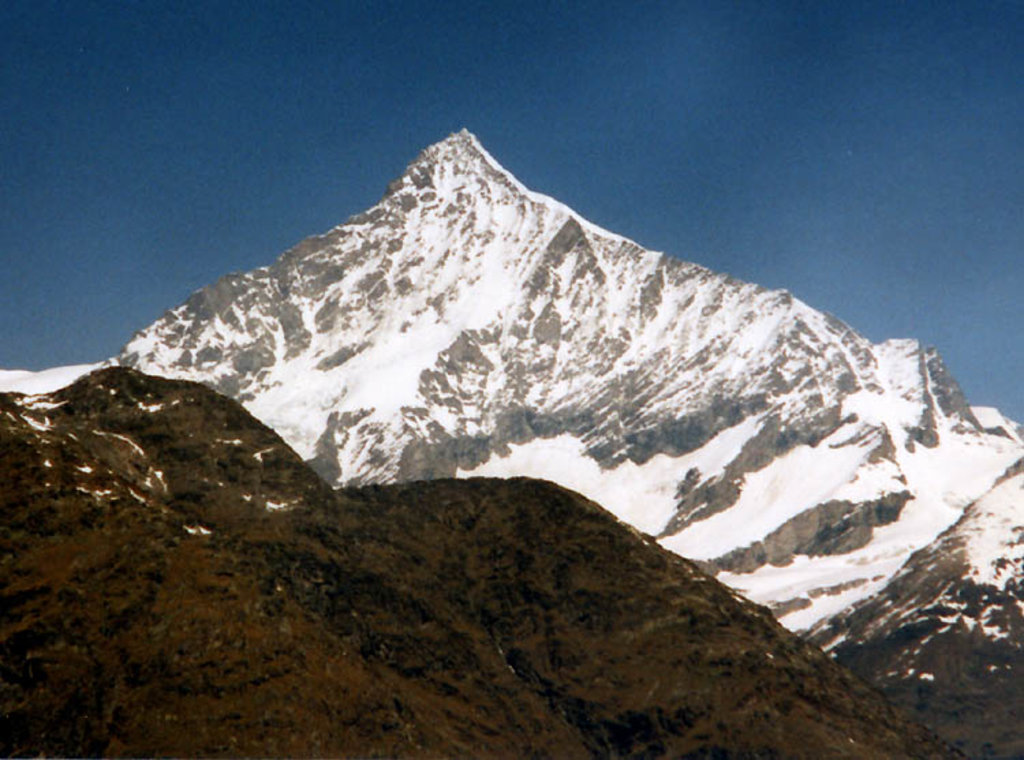 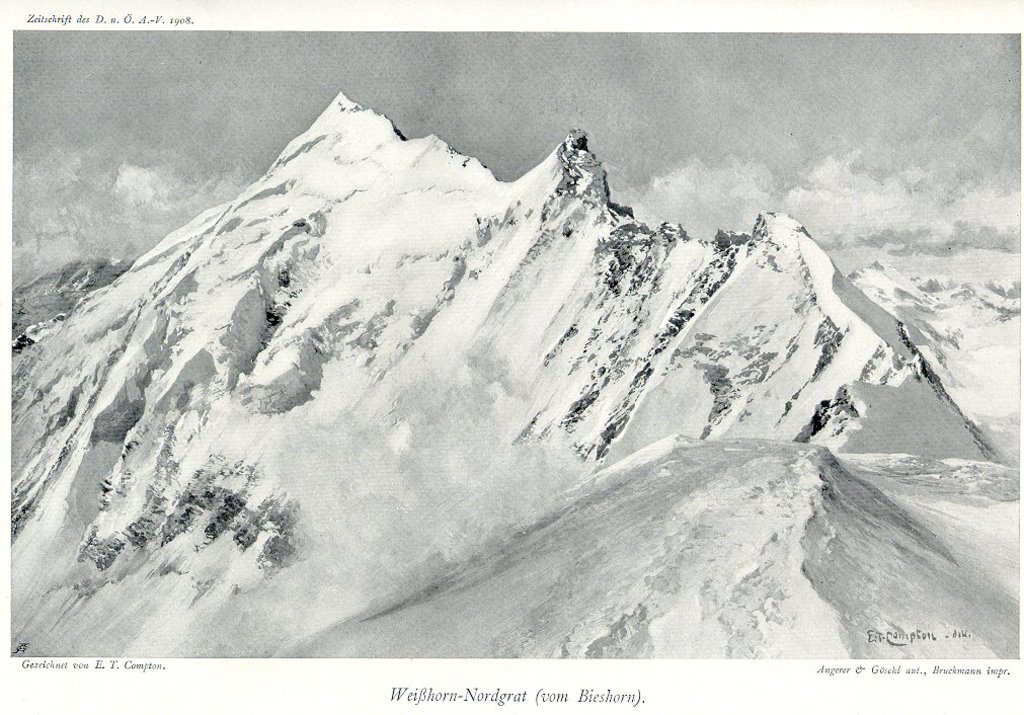