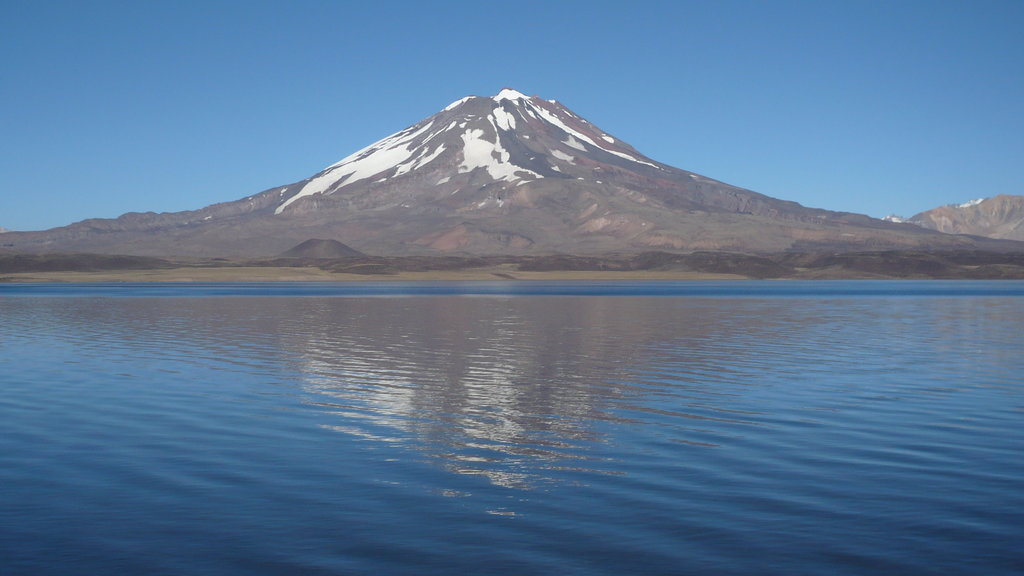 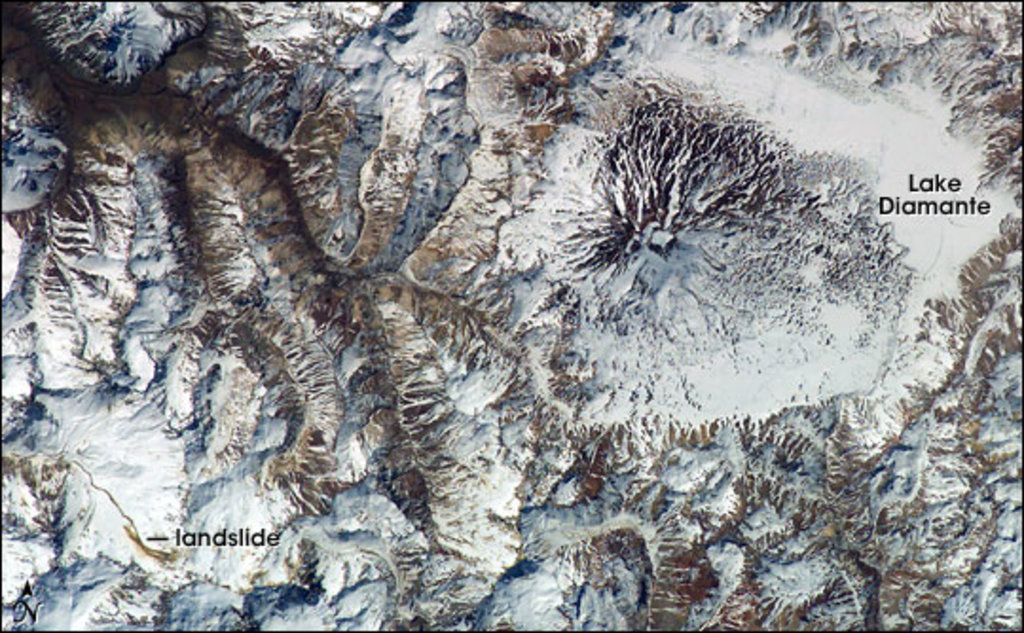 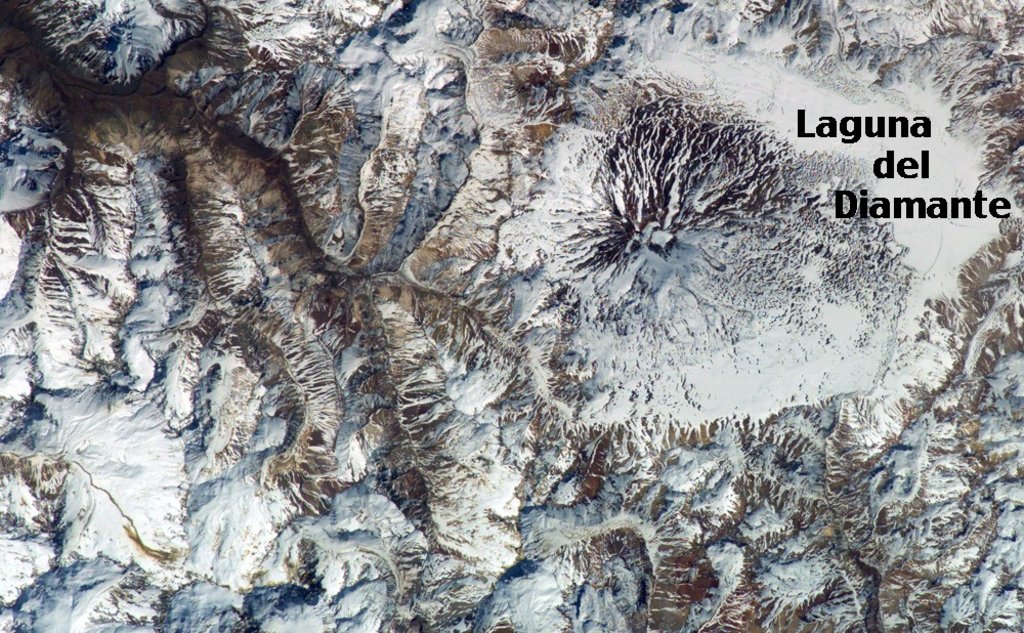 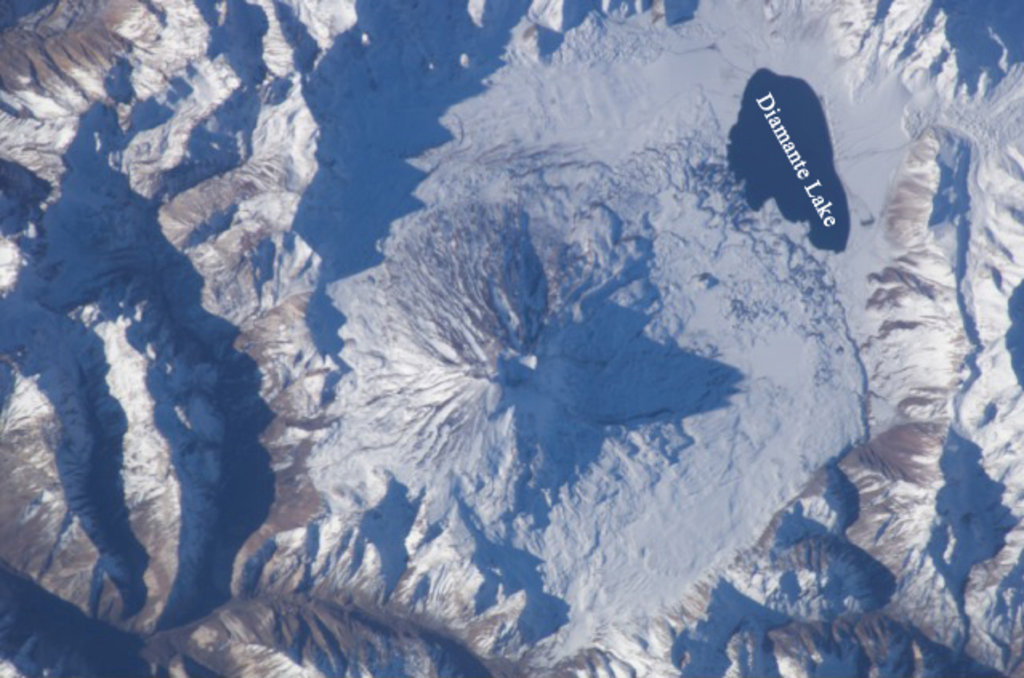 Show 1 photos
Add photo
5 323 m
Elevation
Elevation is the altitude of a place
above sea level.

1 535 m
Prominence
Peak’s prominence is the least
vertical to be covered to get from the
summit to any other higher terrain.

Proportional Prominence 3 367 m
Ultra
Mountains with prominence of 1 ⁠500 ⁠m / 4 ⁠921 ⁠ft or more.
Volcano
Most commonly a conical hill or mountain built around a vent that connects with reservoirs of molten rock below the surface of the Earth.
Location
-34.163435 S  -69.832247 W

Maipo is a stratovolcano in the Andes, lying on the border between Argentina and Chile. It is located 90 km (56 mi) south of Tupungato and about 100 km (62 mi) southeast of Santiago.

Maipo retains a symmetrical, conical volcanic shape, and is among the southernmost 5,000 metre peaks in the Andes.

Maipo is located within the Diamante caldera, a feature of about 15 km by 20 km size that is about one-half million years old. It rises about 1,900 m (6,230 ft) above the floor of the caldera. Immediately to the east of the peak, on the eastern side of the caldera floor, is Laguna del Diamante, a picturesque lake that formed when lava flows blocked drainage channels from the caldera in 1826. The Diamante Caldera erupted 450 cubic kilometers (108 cu mi) of tephra, 450 ka.