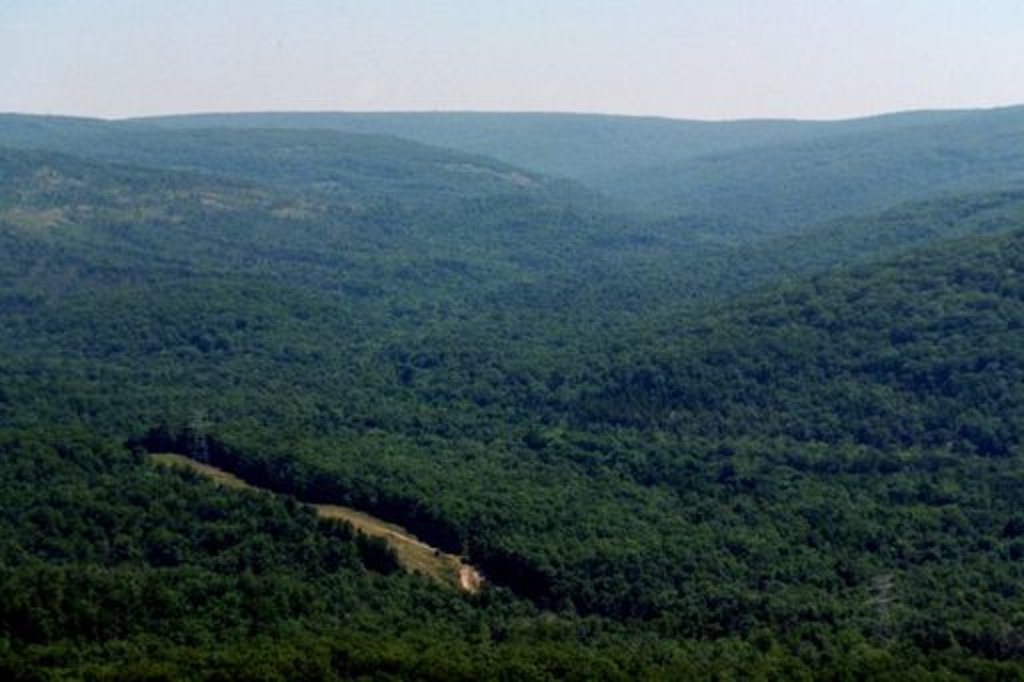 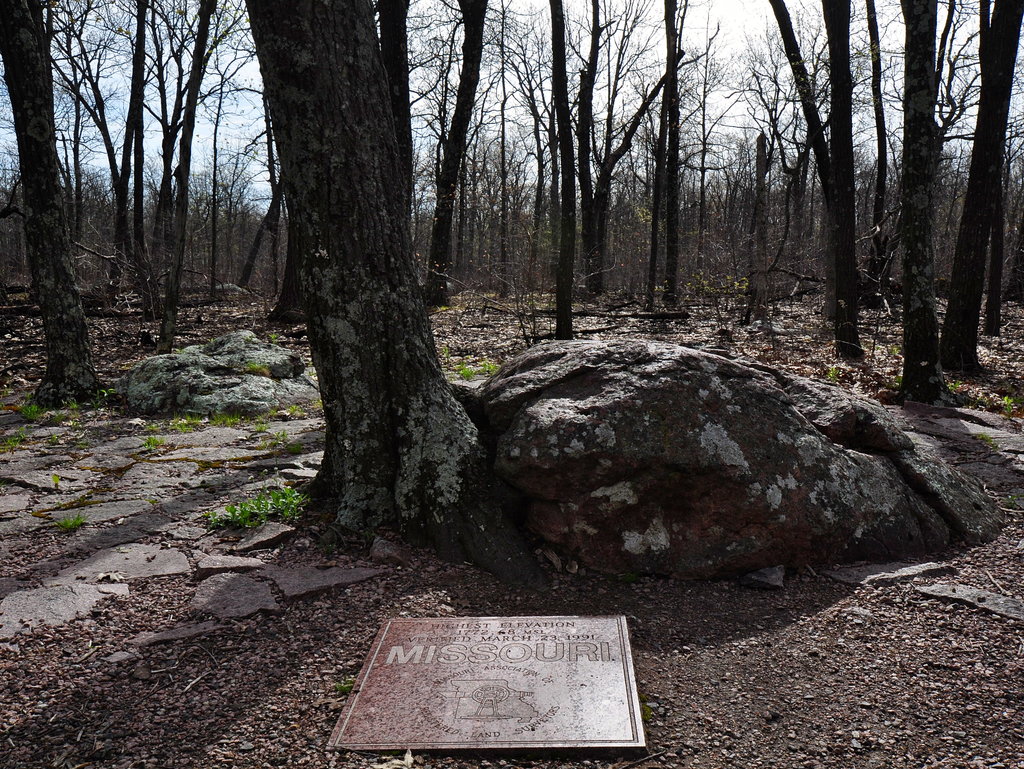 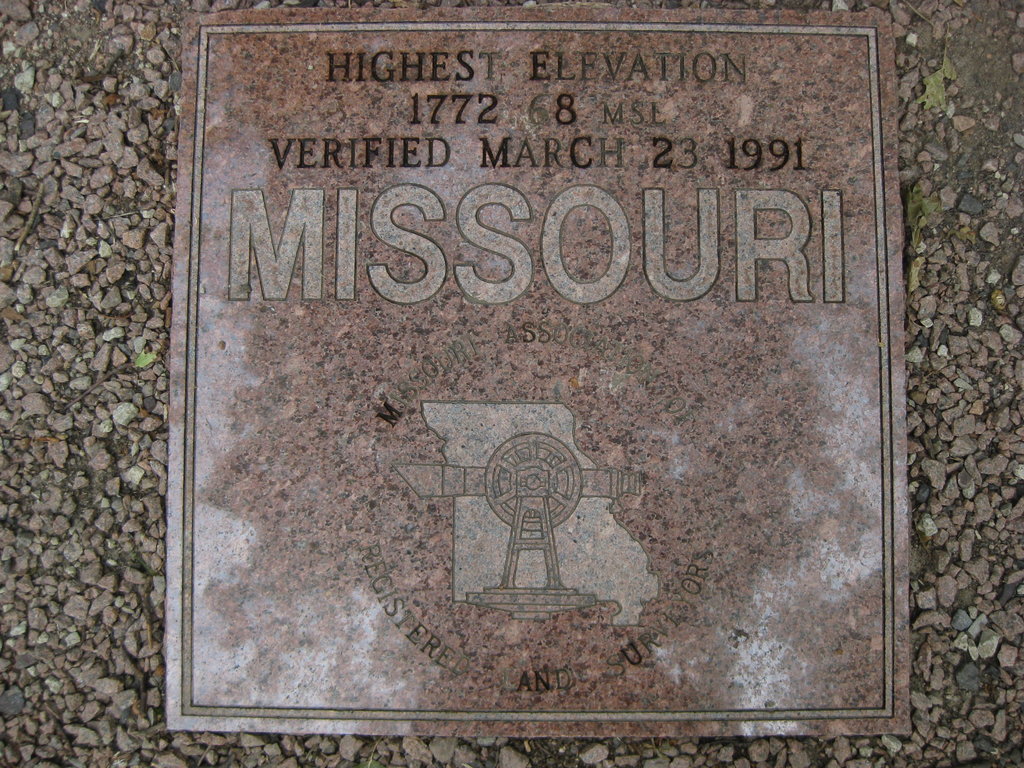 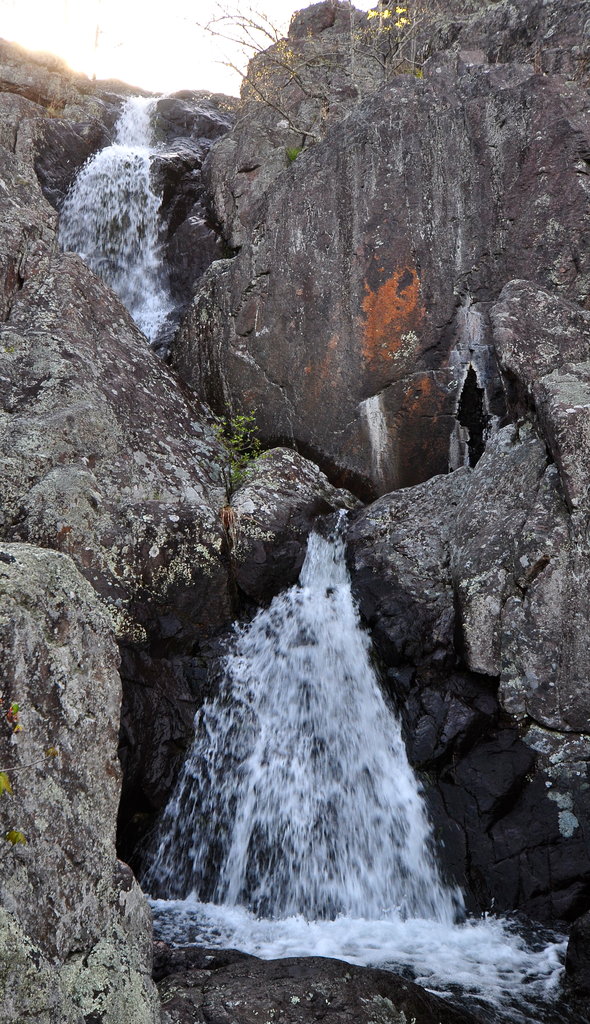 Show 1 photos
Add photo
540 m
Elevation
Elevation is the altitude of a place
above sea level.

158 m
Prominence
Peak’s prominence is the least
vertical to be covered to get from the
summit to any other higher terrain.

Taum Sauk Mountain /ˈtɔːm ˈsɔːk/ in the Saint Francois Mountains is the highest natural point in the U.S. state of Missouri at 1,772 feet (540 m). The topography of Taum Sauk is that of a somewhat flat ridge rather than a peak.

While relatively low in terms of elevation at 1,772 feet (540 m) compared to other peaks, Taum Sauk and the St. Francois range are true mountains, being the result of a volcanic orogeny. Whereas vertical relief in the rest of the Ozarks region is the result of erosion of sedimentary strata, the St. Francois are an ancient Precambrian igneous uplift several times older than the Appalachians. Geologists believe that Taum Sauk and its neighbors may be among the few areas in the US never to have been submerged in ancient seas. The peaks of the St. Francois range existed as islands in the shallow seaway throughout most of the Paleozoic Era as the sandstones, limestones, and shales typical of the Ozarks were deposited. Weathering and erosion of these ancient peaks provided the clastic sediments of the surrounding rock layers.

Taum Sauk is said to be named for a Piankeshaw chief named Sauk-Ton-Qua.

Though Taum Sauk Mountain is the highest mountain in Missouri, it is not the most prominent. Taum Sauk rises 522 feet (159 m) from an already elevated base. Mudlick Mountain rises 693 feet (211 m) from a lower base to an elevation of 1,313 feet (400 m). Black Mountain, in Madison County, has the highest rise in elevation in Missouri. From its base, along the St. Francis River (540 feet above sea level) to its summit (1,502 feet above sea level), Black Mountain rises just under 1,000 feet in elevation from the valley below.
There's a trail called Mina Sauk Falls Trail leading to the summit.