1 140 m
Elevation
Elevation is the altitude of a place
above sea level.

60 m
Prominence
Peak’s prominence is the least
vertical to be covered to get from the
summit to any other higher terrain.

Proportional Prominence 400 m
Location
42.162462 N  -74.243893 W
Southwest Hunter Mountain (Leavitt Peak) is a subpeak of Hunter Mountain, located in Greene County, New York. SW Hunter is considered one of the Catskills' High Peaks in its own right, because of its separation from the main summit, and its topographic prominence. Hunter Mountain is named after John Hunter, who also gave his name to the town of Hunter.

Southwest Hunter is part of the Devil's Path range of the Catskill Mountains. SW Hunter is flanked to the northeast by the main summit of Hunter Mtn., and to the west faces West Kill Mountain across 800-ft-deep Diamond Notch. It is considered a bushwack, as there are no registered trails leading to its summit. There is, however, a herd path 0.1 miles (0.16 km) west of Devil's Acre Lean-to marked by a small rock cairn that leads to the summit canister, following the ridge for 3/4 mile and then turning uphill to the peak (note that this upward turn is easy to miss and is only marked by an arrow scratched onto a nearby rock).

This Mountain is unnamed in the GNIS database, there is an effort underway to get the peak named Leavitt Peak in honor Bill & Elinore Leavitt, two of the founders of the Catskill 3500 club.
There's a trail called Leavitt Peak Herd Path leading to the summit. 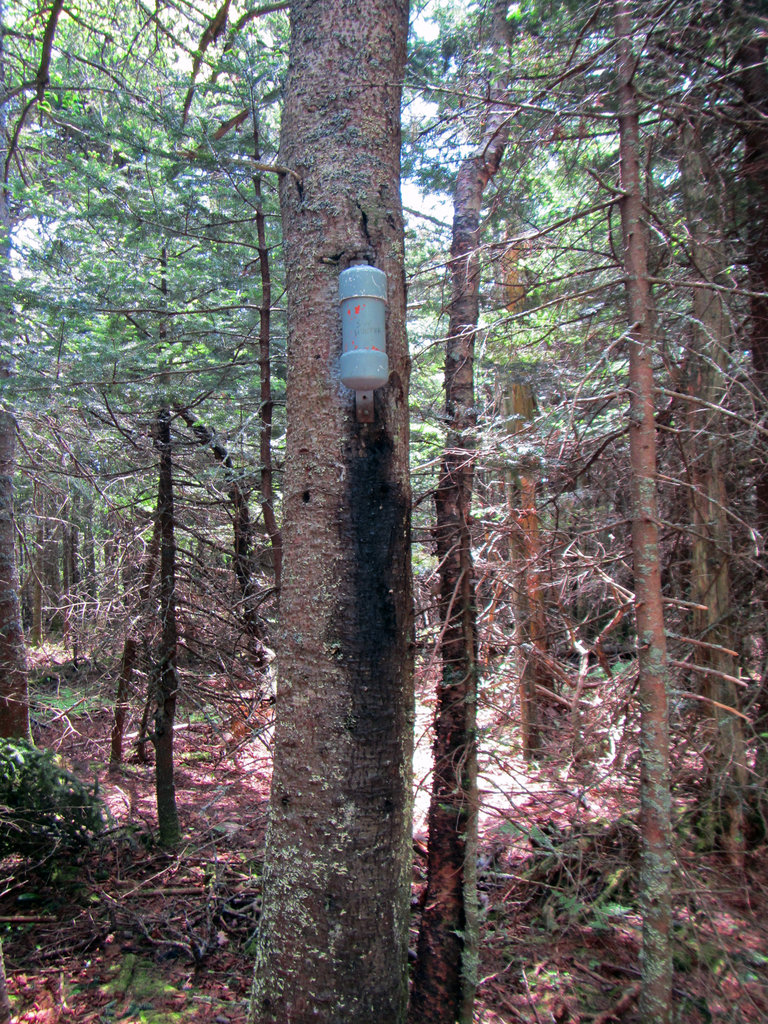