Somewhat overshadowed by its higher and more popular neighbor, Cascade Mountain, with which it is often climbed, Porter is nevertheless rewarding. While it lacks the pseudo-alpine open summit of Cascade, there are nevertheless wide views available from the summit, particularly of the Johns Brook Valley to the east (which Porter blocks from Cascade); it is often less crowded than Cascade.

A yellow-blazed trail leaves the trail to Cascade about 0.5 mile (approximately 1 km) short of that mountain's summit, and leads down into the col between the two peaks about 1 mile (1.6 km) to Porter’s summit.

It is also possible to follow this trail from its other terminus, over neighboring Blueberry Mountain from Keene Valley, although that involves a greater vertical ascent and a longer trip. The trailhead to Blueberry Mountain and subsequently Porter Mountain is accessible from a parking lot next to Marcy Airfield on route 73.
There's a hiking trail (T2) called Porter Ridge Trail leading to the summit. Porter Mountain is one of the 2 peaks along the Porter Ridge Trail.

32 m
Prominence
Peak’s prominence is the least
vertical to be covered to get from the
summit to any other higher terrain. 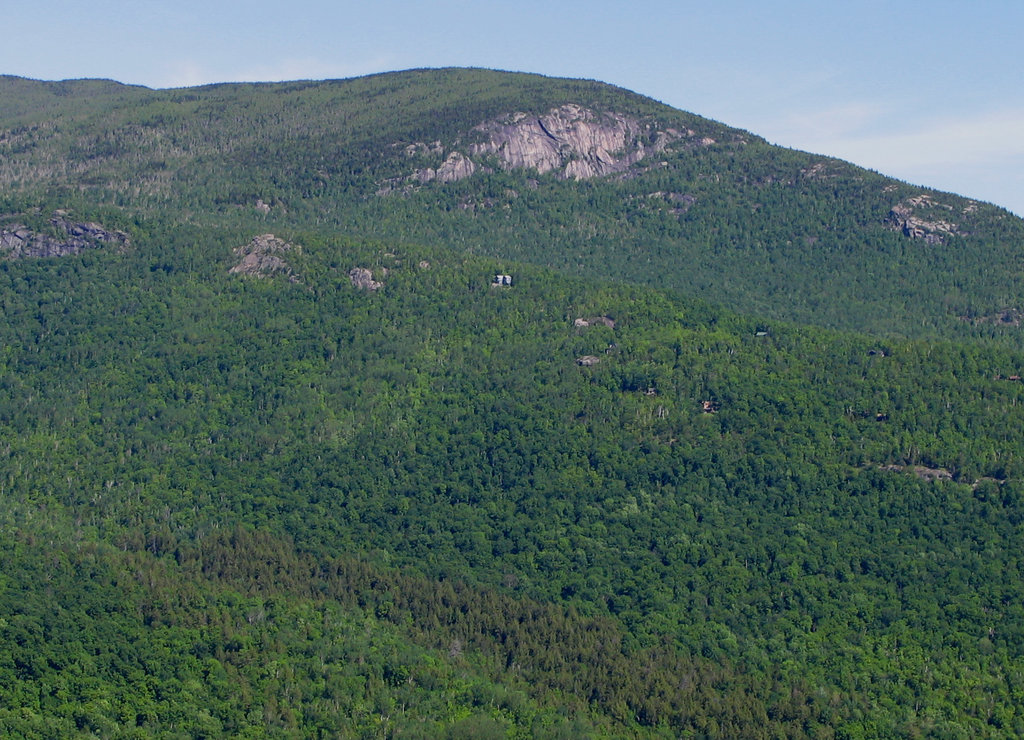 44.218501 N   -73.860268 W
Nearest Higher Neighbor
Cascade Mountain - 1.4 km WNW
El: 1 247 m / Prom: 366 m
Check out a downloadable 3D model of Porter Mountain area. A higher resolution model can be found in the PeakVisor mobile app.
Do you have photos of Porter Mountain or know something about it? Please let us know!