Cascade Mountain towers over the Van Hoevenberg ski center, the venue for bobsledding at the 1980 Winter Olympics.

Of the 46 Adirondack High Peaks, Cascade is the most accessible and the most frequently climbed. The main trailhead is on Route 73, 6 miles (10 km) east of Lake Placid, at Cascade Pass, overlooking Cascade Lake. The summit is visible from the trailhead, a rare occurrence in the High Peaks.

The well-used trail follows red plastic markers and takes the hiker up 2.2 miles (4.6 km) and almost 2,000 vertical feet (600 vertical m) to the mountain's bare-rock summit, which, while it resembles the alpine summits found on many higher peaks, is instead the result of a 1903 fire.

Views are possible in all directions, and on a clear day with good weather one often finds many hikers on the summit.

Porter Mountain, another of the High Peaks, is an easy side-trip. The summit of Porter Mountains is 0.7 miles from Cascade Mountain Trail. The two summits can be reached together on a 6.2-mile hike.
There's a trail leading to the summit.

366 m
Prominence
Peak’s prominence is the least
vertical to be covered to get from the
summit to any other higher terrain. 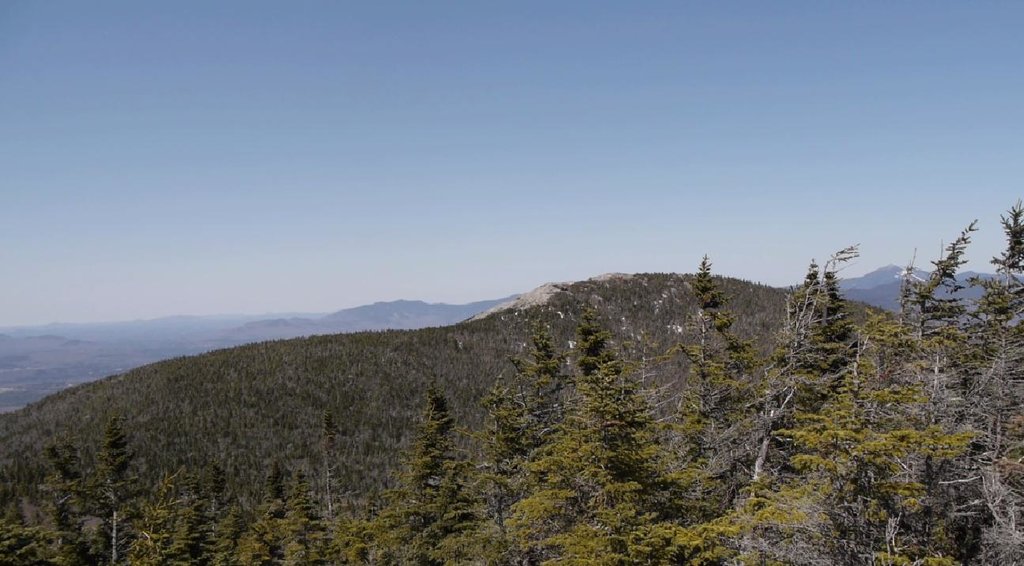 44.183333 N   -73.87 W
Nearest Higher Neighbor
Big Slide Mountain - 4.1 km SSW
El: 1 293 m / Prom: 330 m
Check out a downloadable 3D model of Cascade Mountain area. A higher resolution model can be found in the PeakVisor mobile app.
Do you have photos of Cascade Mountain or know something about it? Please let us know!