735 m
Elevation
Elevation is the altitude of a place
above sea level.

389 m
Prominence
Peak’s prominence is the least
vertical to be covered to get from the
summit to any other higher terrain.

Proportional Prominence 440 m
Location
36.339988 N  -80.474519 W
Pilot Mountain, a metamorphic quartzite monadnock rising to a peak 2,421 feet (738 m) above sea level, is one of the most distinctive natural features in the U.S. state of North Carolina. It is a remnant of the ancient chain of Sauratown Mountains. The Saura Indians, the region's earliest known inhabitants, called the mountain "Jomeokee", meaning "great guide".

Pilot Mountain has two distinctive features, named Big and Little Pinnacle. Big Pinnacle (also called "The Knob") has high and colorful bare rock walls, with a rounded top covered by vegetation, reaching approximately 1,400 feet (430 m) above the surrounding terrain. Visitors can take a paved road to the park visitor center and campgrounds, then up to a parking lot on the ridge. Trails from there allow access to the main Little Pinnacle Overlook and other viewing stations.

Pilot Mountain is part of Pilot Mountain State Park, which extends to the Yadkin River via a corridor of land, and it is associated with nearby Horne Creek Living Historical Farm. The curved depression between the ridge slope to the Little Pinnacle and then to the round knob of the Big Pinnacle gives the entire mountain an even more distinctive shape from a distance. Other interesting rock formations are to the east at privately held Sauratown Mountain, and the higher complex at Hanging Rock State Park.
There's a hiking trail (T2) called Jomeokee Trail leading to the summit. Pilot Mountain is one of the 1 peaks along the Jomeokee Trail. 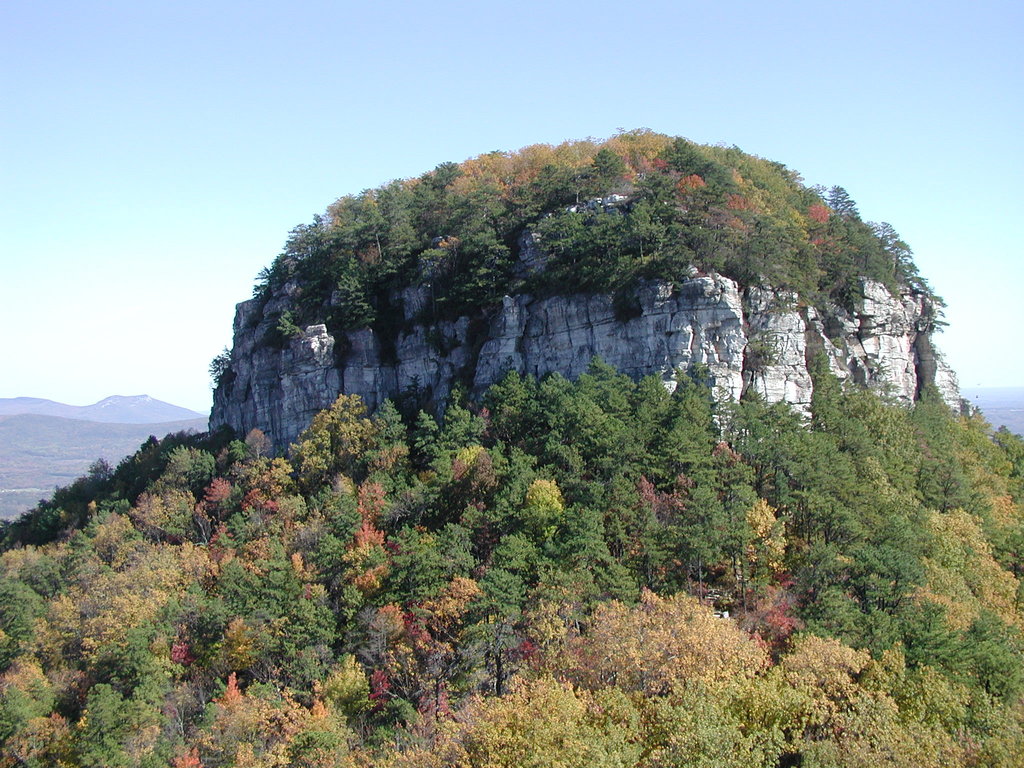 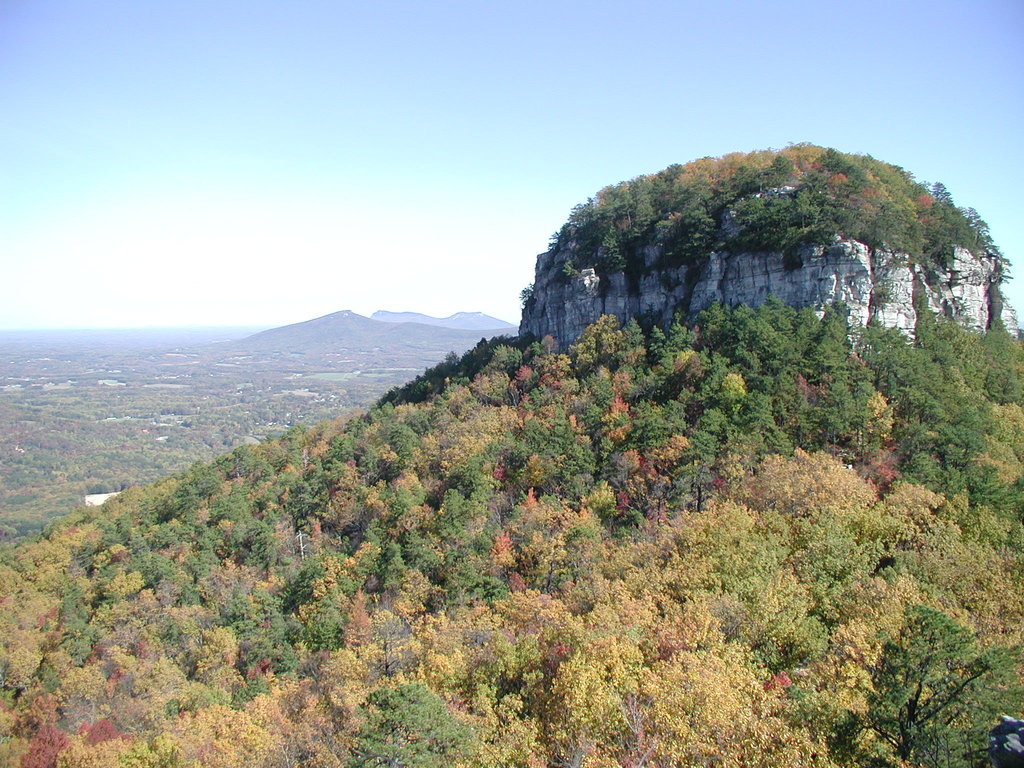 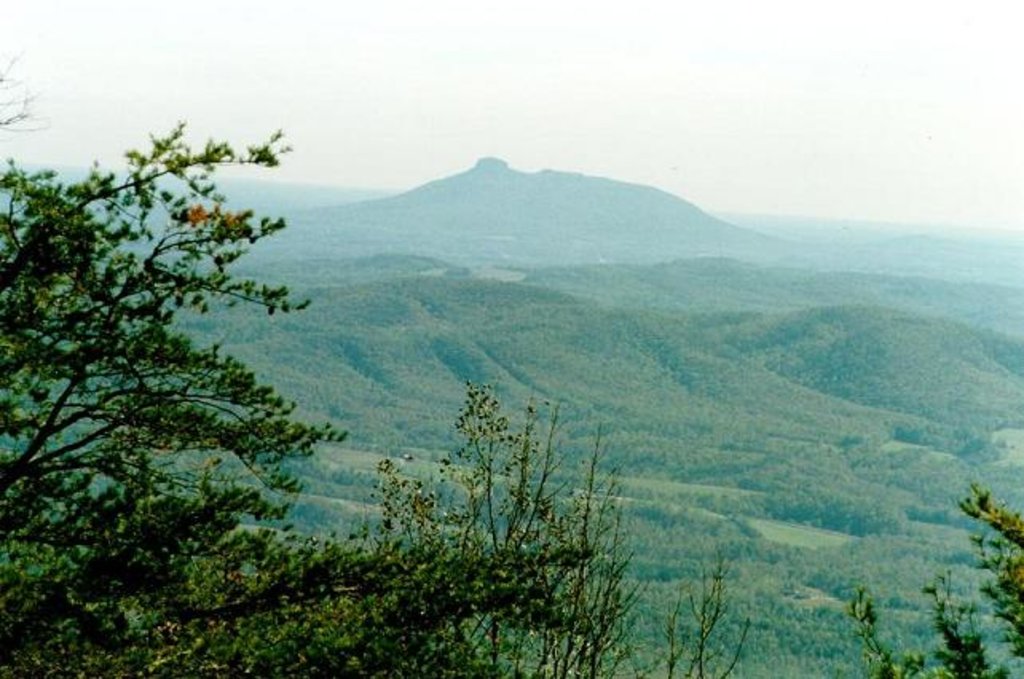 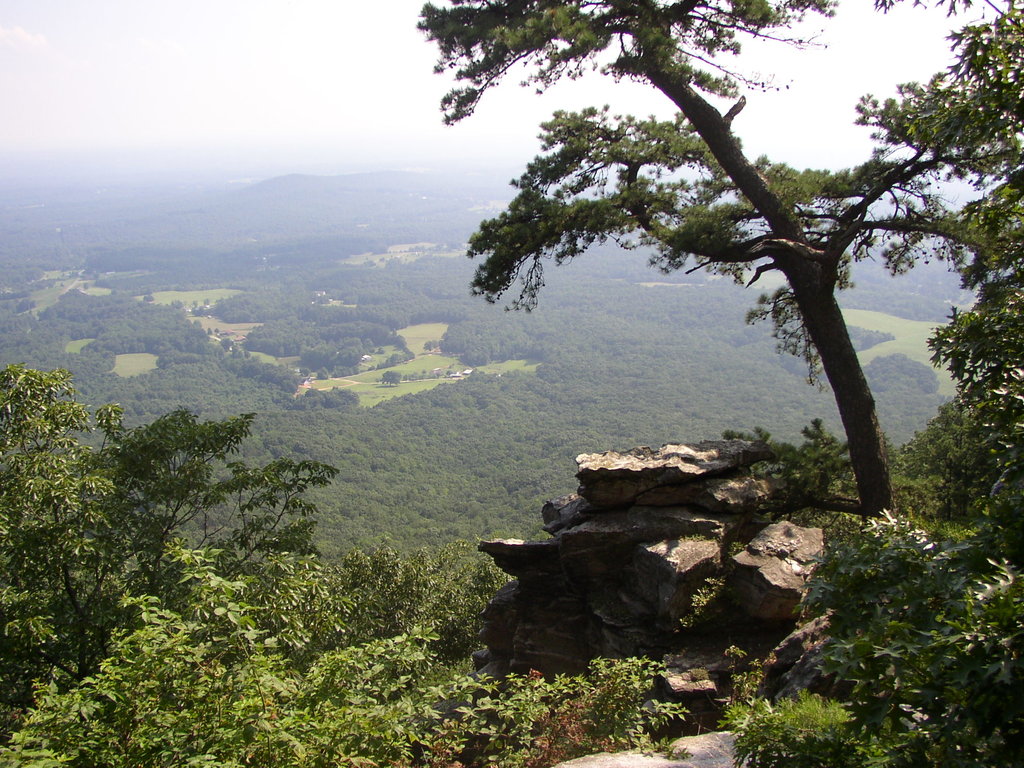 36.375 N   -80.371667 W
Nearest Higher Neighbor
Sauratown Mountain - 10.0 km ENE
El: 742 m / Prom: 363 m
Summit Register
See all
Mark Parr
Check out a downloadable 3D model of Pilot Mountain area. A higher resolution model can be found in the PeakVisor mobile app.
Do you have photos of Pilot Mountain or know something about it? Please let us know!