742 m
Elevation
Elevation is the altitude of a place
above sea level.

363 m
Prominence
Peak’s prominence is the least
vertical to be covered to get from the
summit to any other higher terrain.

Proportional Prominence 444 m
Location
36.375017 N  -80.371377 W
The Sauratown Mountains,( Pronounced Sar-a -town like Laura not Sour) which are sometimes called "the mountains away from the mountains", are an isolated mountain range located within Stokes and Surry counties in the U.S. state of North Carolina. The vast majority of the range is located in Stokes County, and even though the range occupies only 5% of Stokes County's area, it dominates the county's scenery from almost every direction. The Sauras rise sharply 800 to 1,700 feet (244 to 518 meters) above the surrounding terrain. The Sauratown Mountains were named after the "Sauras", a Native American tribe that lived in the area before European settlers arrived in the early 1700s. The range consists of rugged, heavily forested ridges frequently broken by large quartzite rock cliffs that can be seen for miles. The Sauratown Mountains are known for offering some of the best rock climbing in North Carolina. The highest point in the Sauratown Mountains is Moore's Knob, which rises to 2,579 feet (786 m).

The range is home to Hanging Rock State Park, which was formed in 1936 and contains Moore's Knob and other prominent peaks in the Sauratown Mountains. From 1935 to 1942 the Civilian Conservation Corps, a New Deal agency, built a dam and 12-acre (49,000 m2) lake in the park, as well as hiking and climbing trails and picnic and campground areas.

The range is visible on a clear day from downtown Winston-Salem, North Carolina and Wake Forest Baptist Medical Center.
There's a trail leading to the summit. 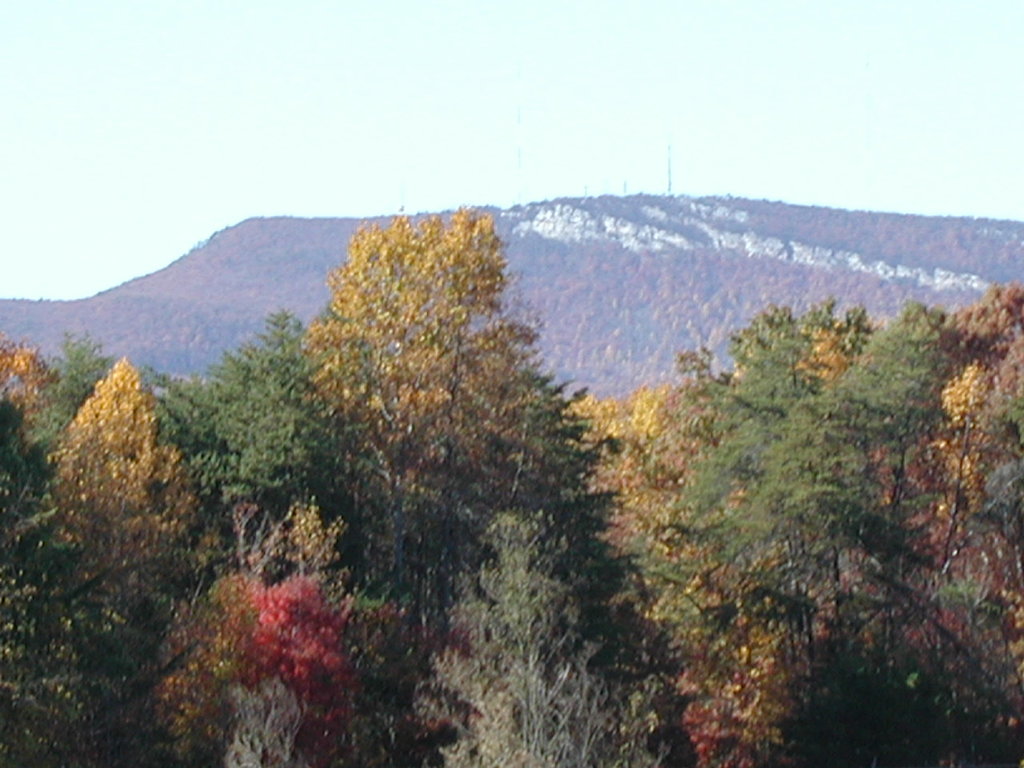 36.395278 N   -80.286667 W
Nearest Higher Neighbor
Moores Wall - 8.0 km ENE
El: 766 m / Prom: 3 m
Check out a downloadable 3D model of Sauratown Mountain area. A higher resolution model can be found in the PeakVisor mobile app.
Do you have photos of Sauratown Mountain or know something about it? Please let us know!