3 404 m
Elevation
Elevation is the altitude of a place
above sea level.

2 812 m
Prominence
Peak’s prominence is the least
vertical to be covered to get from the
summit to any other higher terrain.

Proportional Prominence 3 295 m
Top 10 of the Pyrenees
Top 10 mountains of the region by elevation with prominence bigger than 300 ⁠m / 984 ⁠ft.
Ultra
Mountains with prominence of 1 ⁠500 ⁠m / 4 ⁠921 ⁠ft or more.
Glacier
A mountain with a glacier on the crests and / or slopes.
Location
42.631122 N  0.656674 E
Aneto is the highest mountain in the Pyrenees and in Aragon, and Spain's third-highest mountain, reaching a height of 3,404 metres (11,168 ft). It stands in the Spanish province of Huesca, the northernmost of all three Aragonese provinces, 4 miles south of the French border. It forms the southernmost part of the Maladeta massif. It is also still locally known as Pic de Néthou in French, that name and its variants having been in general use until the beginning of the 20th century.

Aneto is located in the Posets-Maladeta Natural Park, in the municipality of Benasque, Huesca province, autonomous community of Aragon, Spain. It is part of the Maladeta massif and is located in the Benasque valley. It consists of Paleozoic terrain of a granitic nature and Mesozoic materials. Its northern side holds the largest glacier in the Pyrenees, covering 79.6 hectares (197 acres) in 2005; it is shrinking rapidly due to warming summer temperatures and decreasing winter precipitations over the 20th century – it covered 106.7 ha in 1981, and over 200 ha in the 19th century. It is estimated that it has lost more than half of its surface in the last 100 years, and that it may disappear around 2050.
There's a demanding alpine trail (T5) leading to the summit. Pico de Aneto is one of the 71 peaks along the multi-day Haute Randonnée Pyrénéenne. 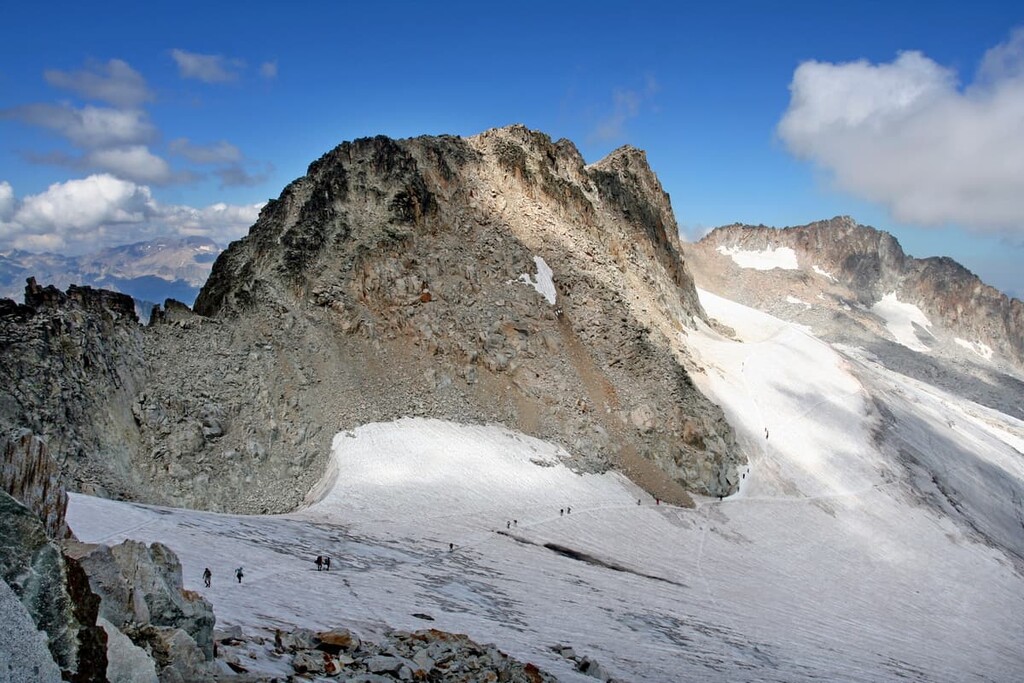 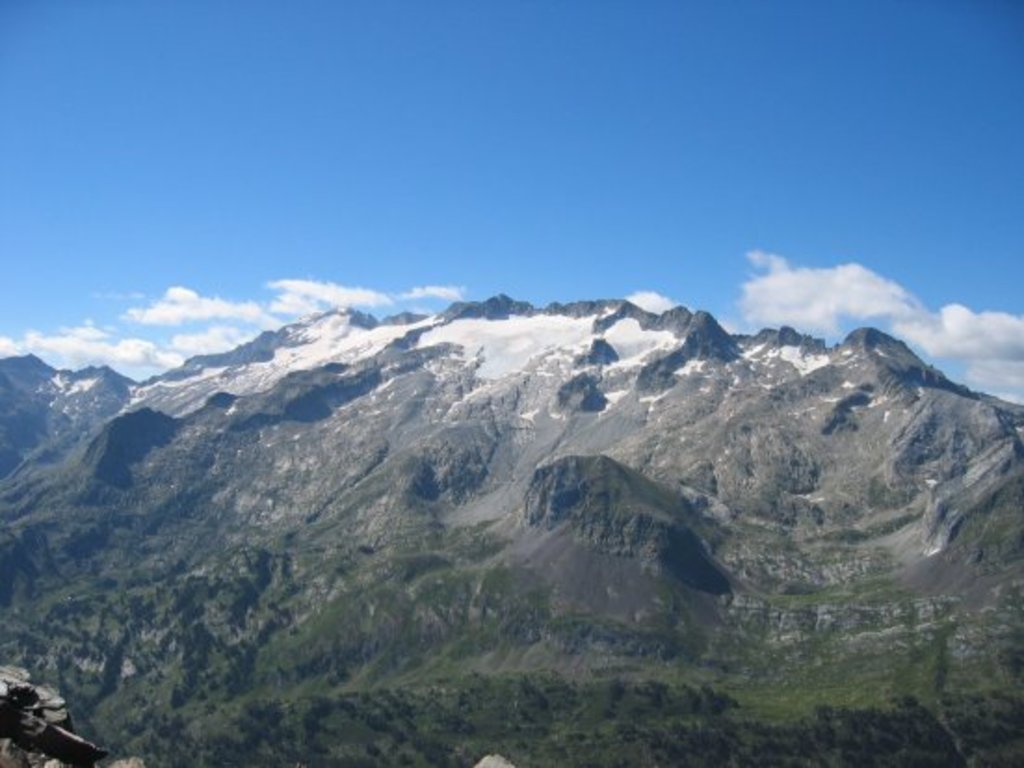 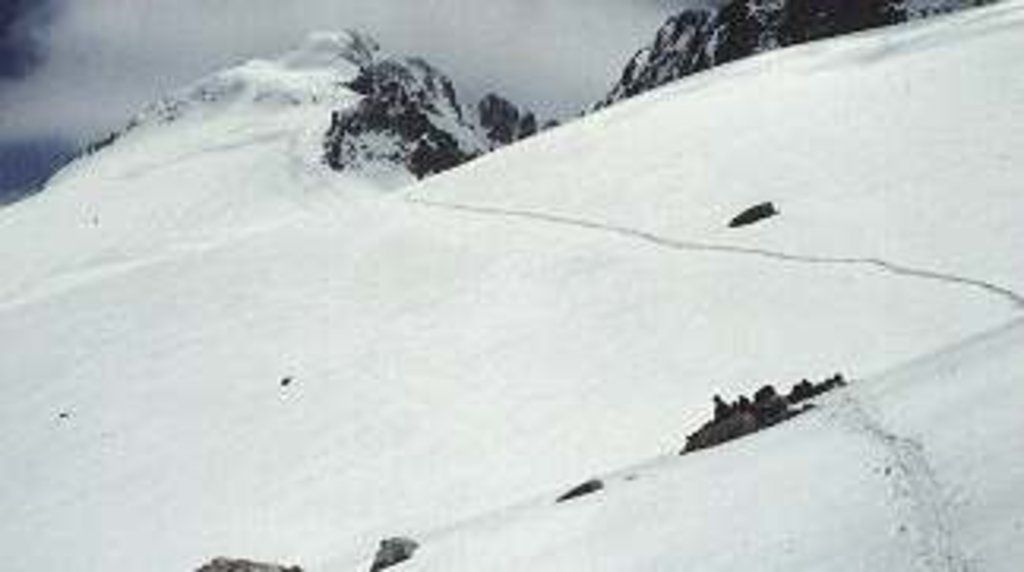 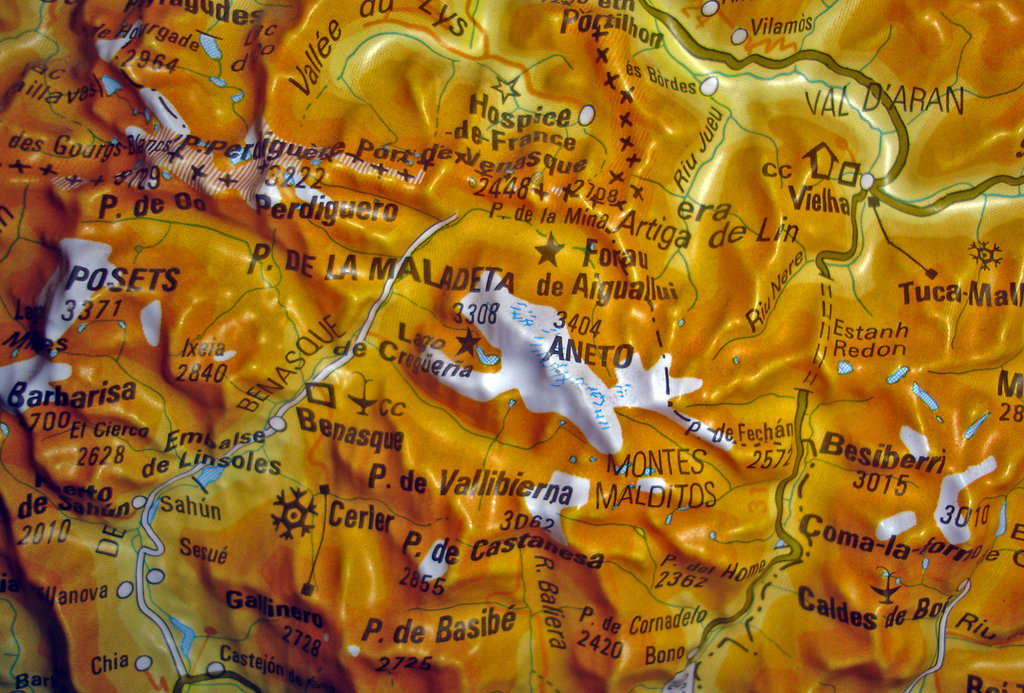 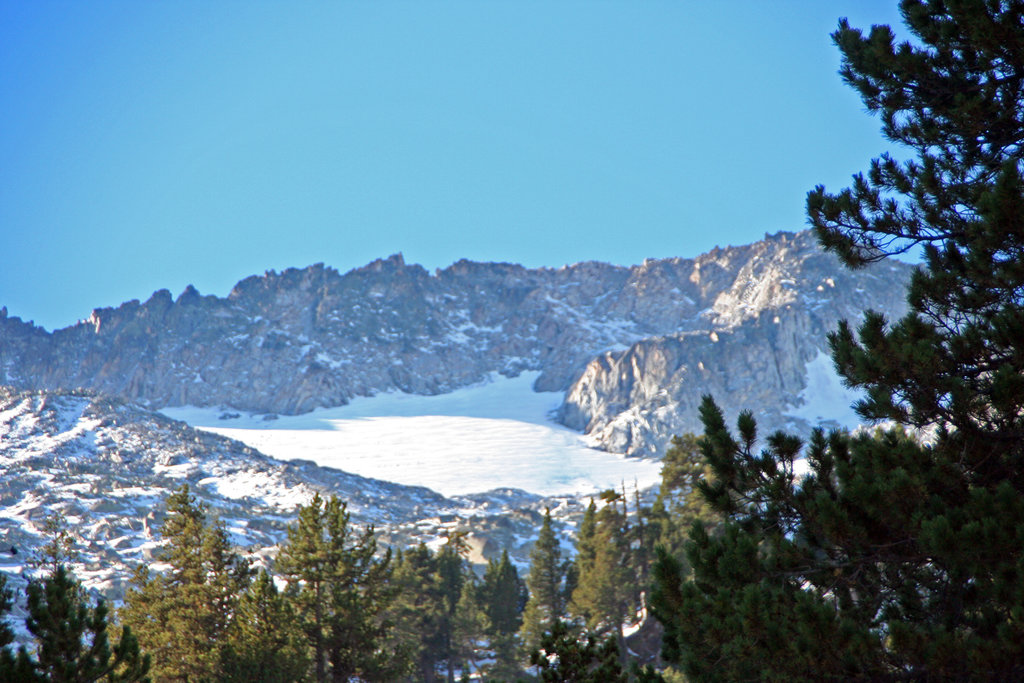 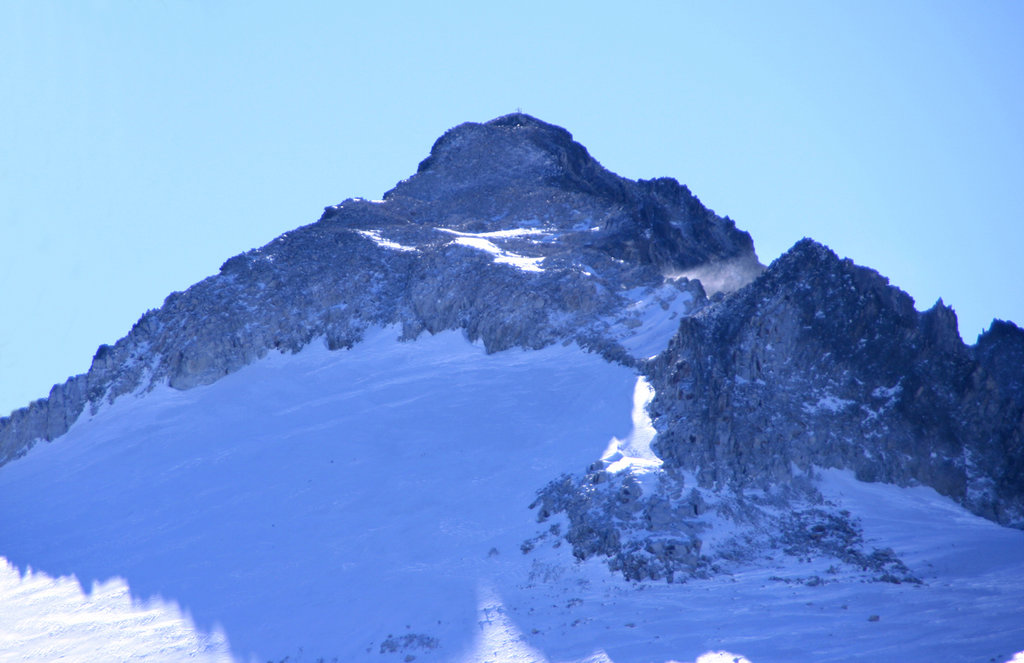