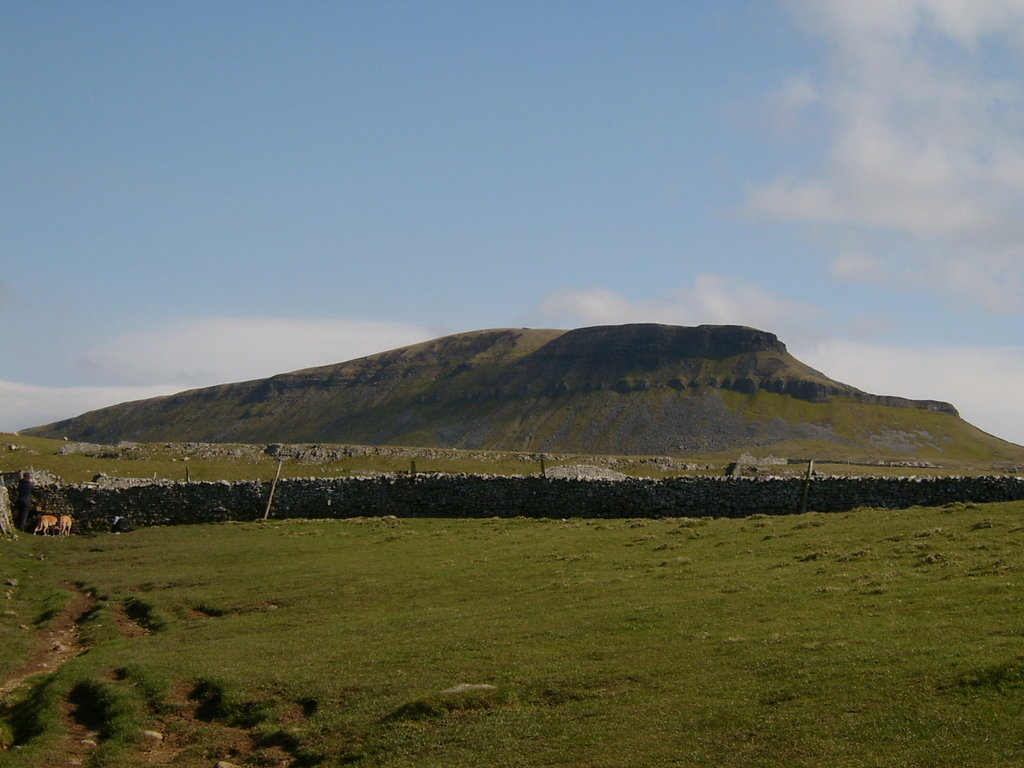 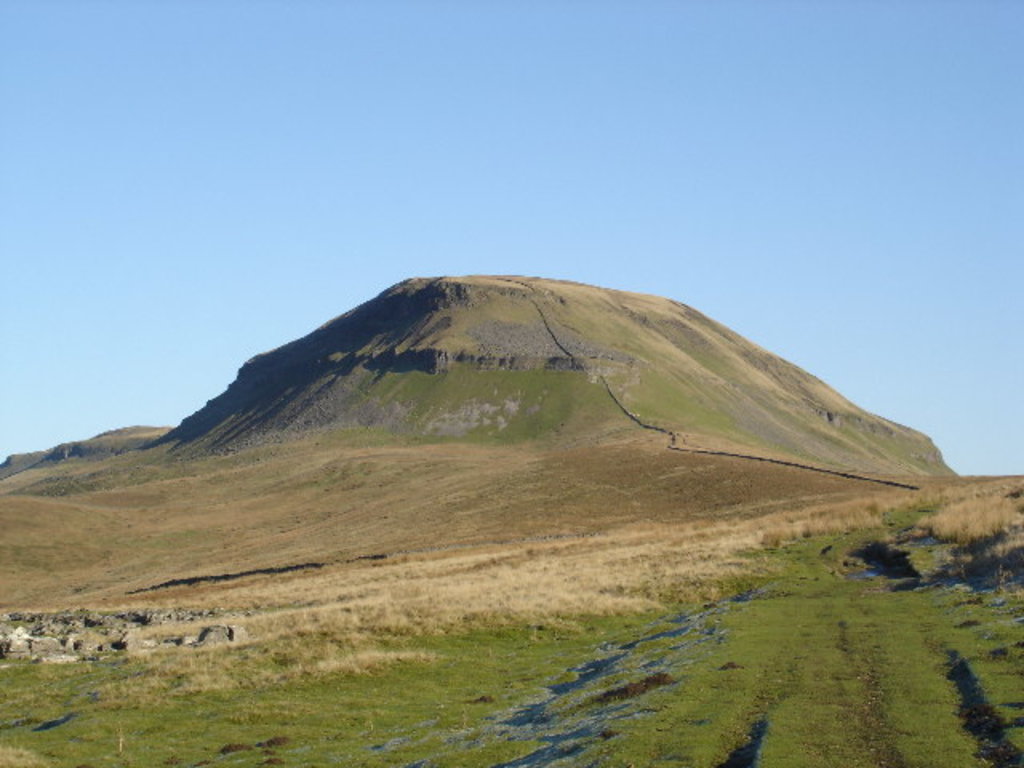 Add button
694 m
Elevation
Elevation is the altitude of a place
above sea level.

302 m
Prominence
Peak’s prominence is the least
vertical to be covered to get from the
summit to any other higher terrain.

Pen-y-ghent or Penyghent is a fell in the Yorkshire Dales. It is the smallest of the Yorkshire Three Peaks at 2,277 feet (694 m); the other two being Ingleborough and Whernside. It lies 1.9 miles (3 km) east of Horton in Ribblesdale. It features a number of intresting geological features such as Hunt Pot, and further down, Hull Pot. The waters that flow in have created an extensive cave system which rises at Brants Gill head. The Pennine Way links the summit to the village; the route is around 3.1 miles (5 km) in length as the Way curves initially to the north before turning east to reach the summit.

The more direct route that traverses the southern 'nose' of the hill is the route usually taken by those attempting the Yorkshire Three Peaks Challenge, as the walk is usually (but not exclusively) done in an anti-clockwise direction starting and finishing in Horton in Ribblesdale. The other main hillwalking route on the hill heads north from the summit to reach Plover Hill before descending to join the bridleway that is Foxup Road.

Pen-y-Ghent is made up of a millstone grit top sat upon a bed of carboniferous limestone. The summit acts as a watershed with water flowing east into the River Skirfare and on through to the Humber estuary, and water flowing west dropping into the River Ribble, to ultimately flow into the Irish Sea. The distinctive rakes that adorn the hillside (particularly on the western edge of Pen-y-Ghent) were revealed during a great storm in July 1881. The ferocity of the water cascading down the hillside removed the topsoil and revealed the rakes beneath.

In the Cumbric language, exactly as in today's Welsh, Pen meant 'top' or 'head', and y is most likely the definite article (the), exactly as in Modern Welsh y. These elements are common in placenames throughout the island, and especially in Wales (compare Penyberth 'end of the hedge/copse', or Penyffordd 'head of the road/way', etc.). The element ghent is more obscure, however: it could be taken to be 'edge' or 'border'. The name Pen-y-ghent could therefore mean 'Hill on the border' (compare Kent). Alternatively, ghent could mean 'wind' or 'winds' – from the closest Welsh transliteration, gwynt ('wind'). Thus it might mean simply 'Head of the Winds'. It is also possible that ghent may have been a tribal name and that the hill may have once been an important tribal centre. It is also acceptable to write the name as Pen y Ghent rather than Pen-y-ghent.

Hull Pot Beck rises on the western side of Plover Hill and flows into Hull Pot, which is the largest natural hole in England. Hull Pot measures 300 feet (91 m) long by 60 feet (18 m) wide and 60 feet (18 m) deep. The water then flows under Horton Moor before re-appearing just east of Horton in Ribblesdale as Brants Ghyll Beck, where it flows into the River Ribble. Local legend has it that the waters from Hull Pot and Hunt Pot cross each other underground without mixing. This is said to have first been noted when a sheep wash was undertaken in one stream thereby making it muddy, and oaks being dropped into the other stream and both having exited into the Ribble without mixing together.
There's a trail leading to the summit. Pen-y-ghent is one of the 139 peaks along the multi-day European long distance path E2.