2 384 m
Elevation
Elevation is the altitude of a place
above sea level.

659 m
Prominence
Peak’s prominence is the least
vertical to be covered to get from the
summit to any other higher terrain.

Proportional Prominence 1 567 m
Location
40.19562 N  -122.973767 W
North Yolla Bolly Mountain (usually referred to as North Yolla Bolly) is a 7,868-foot (2,398 m) peak in the Klamath Mountains of the Coast Ranges located in Trinity County, Northern California. The mountain is located in an isolated part of the Yolla Bolly-Middle Eel Wilderness, in the Shasta-Trinity National Forest, about 50 miles (80 km) west of Red Bluff. It is situated about 13 miles (21 km) from Mount Linn (South Yolla Bolly), the highest point of the Coast Ranges south of the Trinity Alps.

North Yolla Bolly is located only a mile southeast of 7,755-foot (2,364 m) Black Rock Mountain, often considered its sister peak. Together, the two summits and the cluster of surrounding peaks in the immediate vicinity are sometimes called the "North Yolla Bolly Mountains", although this grouping is not considered a true mountain range. A small glacial tarn, North Yolla Bolly Lake, is located in a cirque on its north slope. The area is accessible by a trail from Stuart Gap. On a clear day, one can see Mount Shasta and Lassen Peak as well as the Sierra Nevada from the summit of North Yolla Bolly. 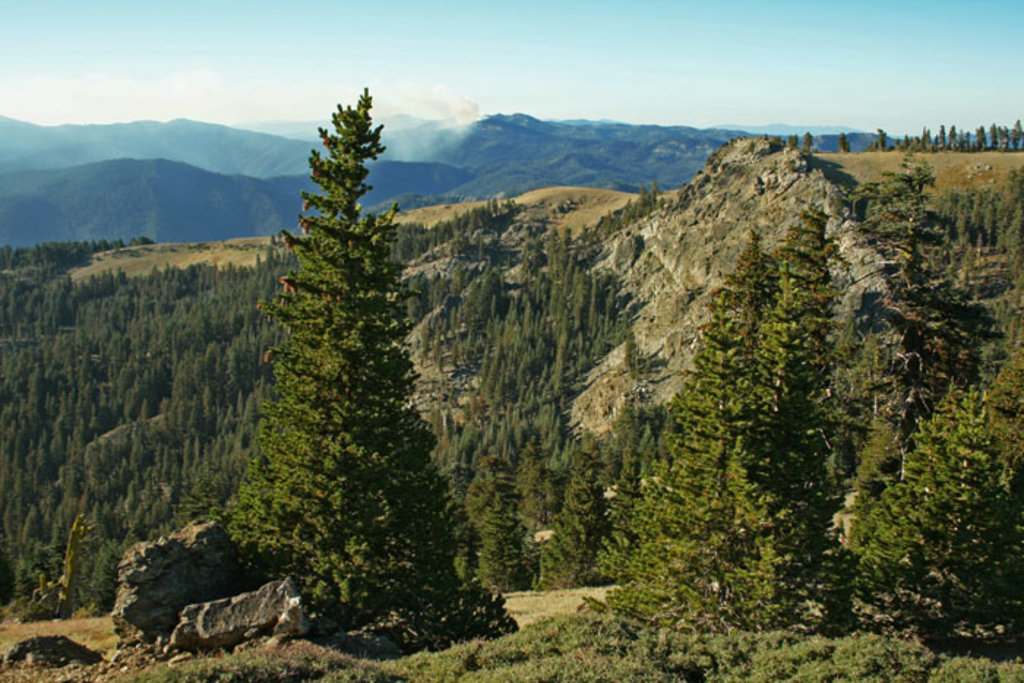