581 m
Prominence
Peak’s prominence is the least
vertical to be covered to get from the
summit to any other higher terrain.

45.304167 N   -70.873056 W
Nearest Higher Neighbor
Mont Gosford - 28.1 km ESE
El: 1 193 m / Prom: 548 m
Location
45.455571 N  -71.152098 W
Ranges
Parks
Mont Mégantic
Mont Mégantic is a monadnock located in Québec, Canada, about 15 km north of the border between Québec and the U.S. states of Maine and New Hampshire. Mégantic is on the border of the regional county municipalities of Le Granit and Le Haut-Saint-François. Its summit is the highest point of the latter. Many geologists believe that Mont Mégantic is a member of the Monteregian Hills formed by the New England hotspot, as it has the same mechanism and depth of intrusion.

Observatoire du Mont Mégantic (OMM) is located on the mountain's summit, which is the highest point in Québec accessible by road. The mountain is in the middle of the 55 km² Parc national du Mont-Mégantic. The annual Tour de Beauce bicycle race is routed over Mont Mégantic. 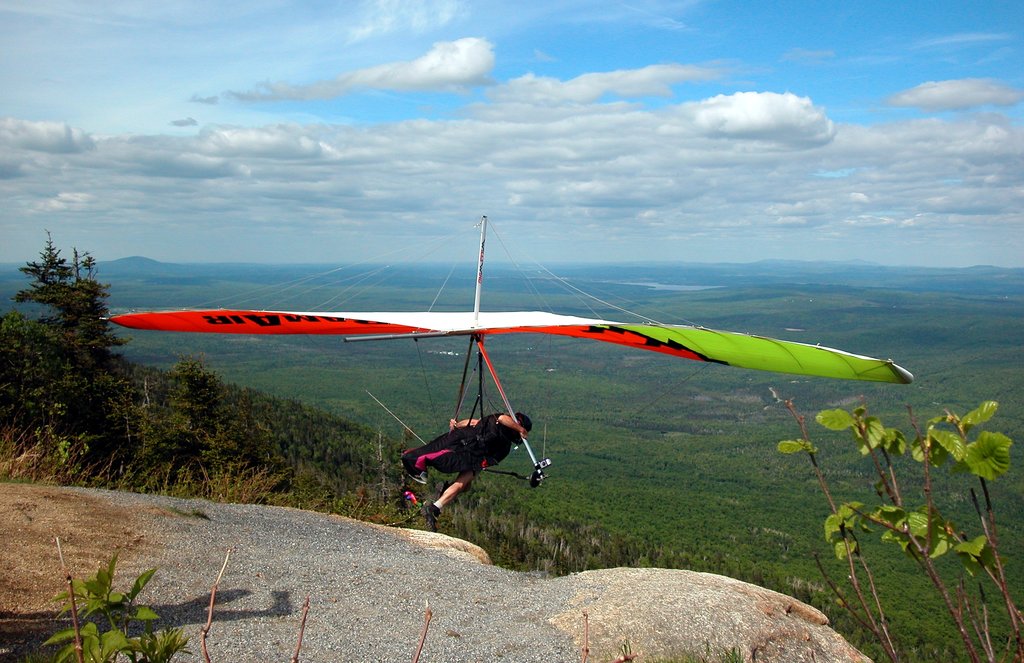 Check out 3D model of Mont Mégantic. This is a preview. High-resolution model can be found in the PeakVisor mobile app.
Do you have photos of Mont Mégantic or know something about it? Please let us know!