Manaslu map
Go to camera
Teleport
Zoom in
Zoom out

Ultra
Mountains with prominence of 1 ⁠500 ⁠m / 4 ⁠921 ⁠ft or more.
Location
28.552249 N  84.557709 E
Manaslu (Nepali: मनास्लु, also known as Kutang) is the eighth highest mountain in the world at 8,163 metres (26,781 ft) above sea level. It is located in the Mansiri Himal, part of the Nepalese Himalayas, in the west-central part of Nepal. Its name, which means "mountain of the spirit", comes from the Sanskrit word manasa, meaning "intellect" or "soul". Manaslu was first climbed on May 9, 1956 by Toshio Imanishi and Gyalzen Norbu, members of a Japanese expedition. It is said that "just as the British consider Everest their mountain, Manaslu has always been a Japanese mountain".

Manaslu is the highest peak in the Gorkha District and is located about 64 km (40 mi) east of Annapurna. The mountain's long ridges and valley glaciers offer feasible approaches from all directions, and culminate in a peak that towers steeply above its surrounding landscape, and is a dominant feature when viewed from afar.

The Manaslu region offers a variety of trekking options. The popular Manaslu trekking route of 177 kilometres (110 mi), skirts the Manaslu massif over the pass down to Annapurna. The Nepalese Government only permitted trekking of this circuit in 1991. The trekking trail follows an ancient salt-trading route along the Burhi Gandak River. En route, 10 peaks over 6,500 metres (21,300 ft) are visible, including a few over 7,000 metres (23,000 ft). The highest point reached along the trek route is the Larkya La at an elevation of 5,106 metres (16,752 ft). As of May 2008, the mountain has been climbed 297 times with 53 fatalities.

3 098 m
Prominence
Peak’s prominence is the least
vertical to be covered to get from the
summit to any other higher terrain. 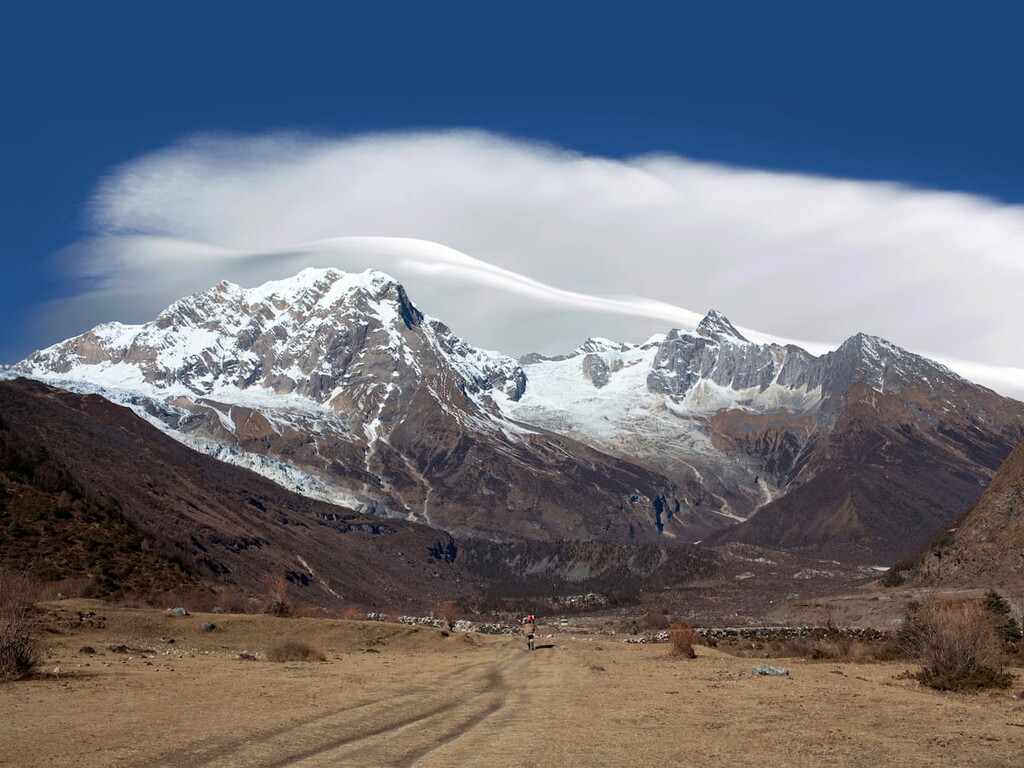 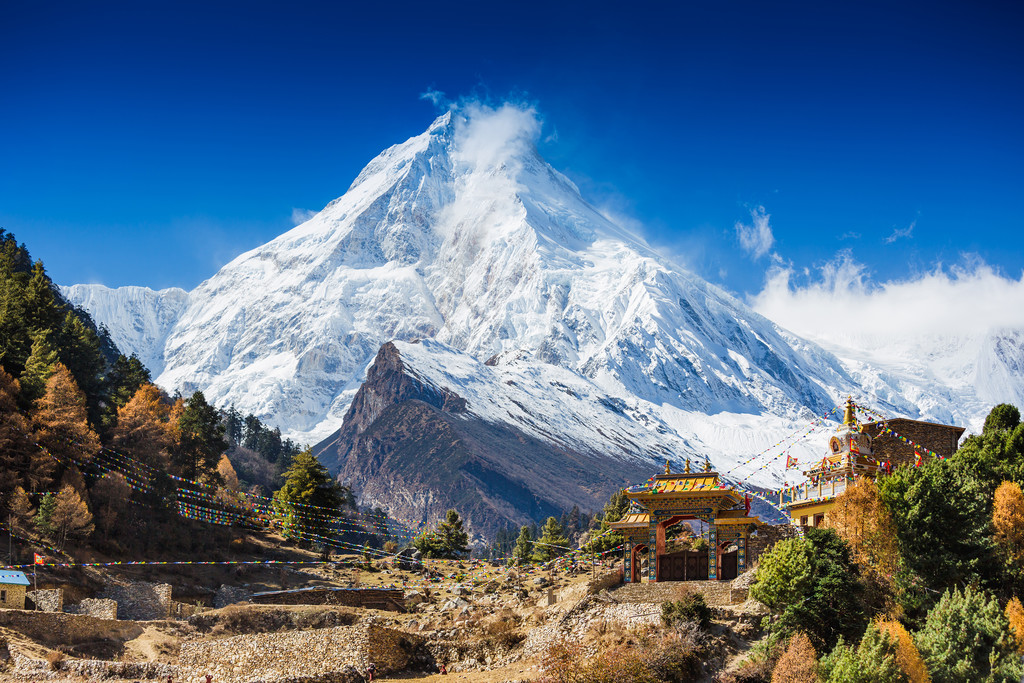 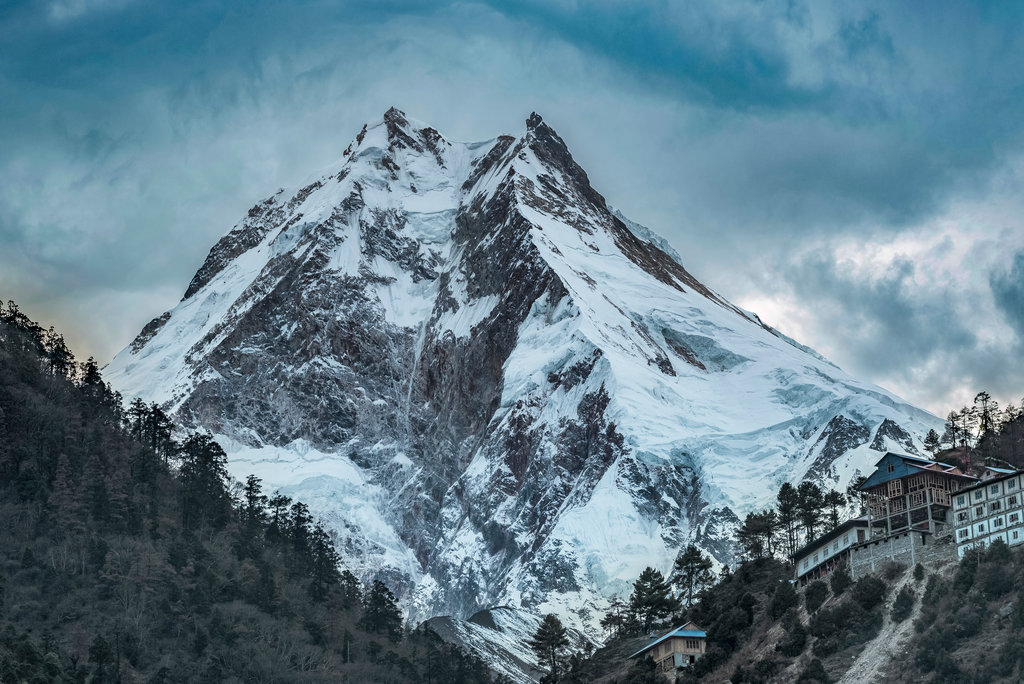 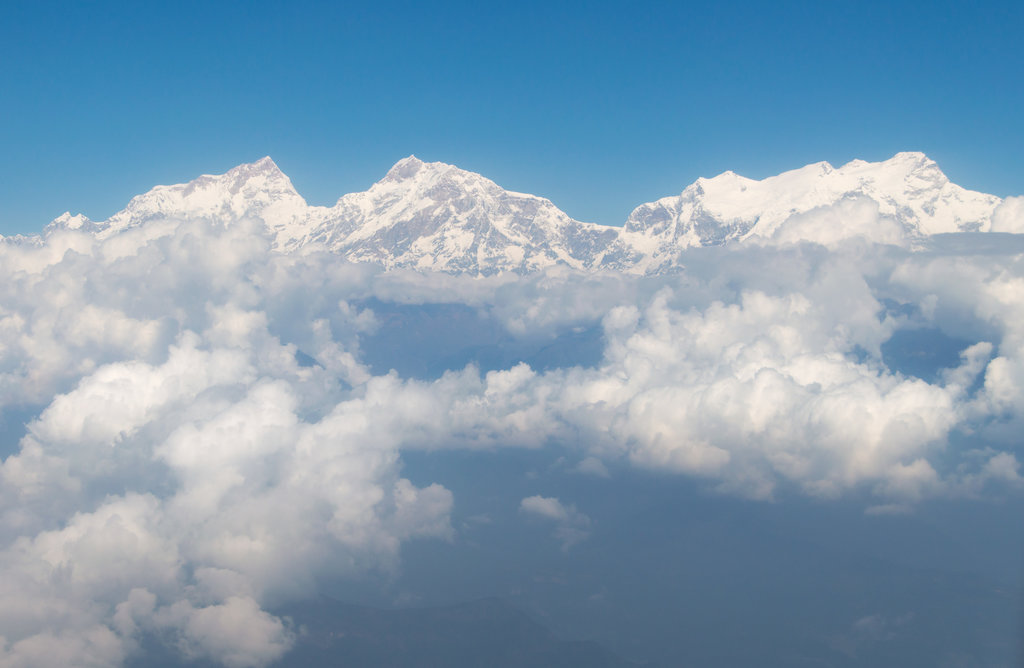 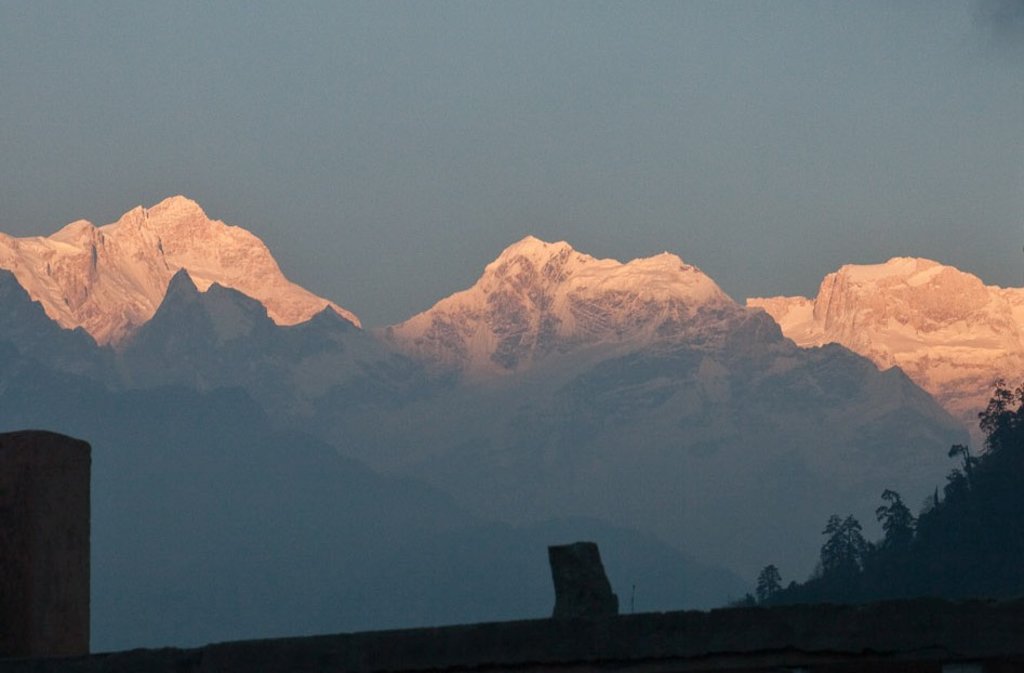