1 092 m
Elevation
Elevation is the altitude of a place
above sea level.

Proportional Prominence 0 m
Volcano
Most commonly a conical hill or mountain built around a vent that connects with reservoirs of molten rock below the surface of the Earth.
Location
19.413248 N  -155.276177 W
Kīlauea (, US: ; Hawaiian: [tiːlɐwˈwɛjə]) is a currently active shield volcano in the Hawaiian Islands, and the most active of the five volcanoes that together form the island of Hawaiʻi. Located along the southern shore of the island, the volcano is between 300,000 and 600,000 years old and emerged above sea level about 100,000 years ago. It is the second youngest product of the Hawaiian hotspot and the current eruptive center of the Hawaiian–Emperor seamount chain. Because it lacks topographic prominence and its activities historically coincided with those of Mauna Loa, Kīlauea was once thought to be a satellite of its much larger neighbor. Structurally, Kīlauea has a large, fairly recently formed caldera at its summit and two active rift zones, one extending 125 km (78 mi) east and the other 35 km (22 mi) west, as an active fault of unknown depth moving vertically an average of 2 to 20 mm (0.1 to 0.8 in) per year.

Kīlauea's eruptive history has been a long and active one; its name means "spewing" or "much spreading" in the Hawaiian language, referring to its frequent outpouring of lava. The earliest lavas from the volcano date back to its submarine preshield stage, samples having been recovered by remotely operated underwater vehicles from its submerged slopes; samples of other flows have been recovered as core samples. Lavas younger than 1,000 years cover 90 percent of the volcano's surface. The oldest exposed lavas date back 2,800 years. The first well-documented eruption of Kīlauea occurred in 1823 (Western contact and written history began in 1778), and since that time the volcano has erupted repeatedly. Most historical eruptions have occurred at the volcano's summit or its eastern rift zone, and are prolonged and effusive in character. The geological record shows, however, that violent explosive activity predating European contact was extremely common, and in 1790 one such eruption killed over 80 warriors; should explosive activity start anew the volcano would become much more of a danger to humans. Kīlauea's current eruption dates back to January 3, 1983, and is by far its longest-duration historical period of activity, as well as one of the longest-duration eruptions in the world; as of January 2011, the eruption has produced 3.5 km3 (1 cu mi) of lava and resurfaced 123.2 km2 (48 sq mi) of land.

Kīlauea's high state of activity has a major impact on its mountainside ecology, where plant growth is often interrupted by fresh tephra and drifting volcanic sulfur dioxide, producing acid rains particularly in a barren area south of its southwestern rift zone known as the Kaʻū Desert. Nonetheless, wildlife flourishes where left undisturbed elsewhere on the volcano and is highly endemic thanks to Kīlauea's (and the island of Hawaiʻi's) isolation from the nearest landmass. Historically, the five volcanoes on the island were considered sacred by the Hawaiian people, and in Hawaiian mythology Kīlauea's Halemaʻumaʻu Crater served as the body and home of Pele, goddess of fire, lightning, wind, and volcanoes. William Ellis, a missionary from England, gave the first modern account of Kīlauea and spent two weeks traveling along the volcano; since its foundation by Thomas Jaggar in 1912, the Hawaiian Volcano Observatory, located on the rim of Kīlauea caldera, has served as the principal investigative and scientific body on the volcano and the island in general. In 1916, a bill forming the Hawaii Volcanoes National Park was signed into law by President Woodrow Wilson; since then, the park has become a World Heritage Site and a major tourist destination, attracting roughly 2.6 million people annually.
By elevation Kīlauea Volcano is
# 29 out of 61 in Hawai'i Volcanoes National Park
By prominence Kīlauea Volcano is
# 51 out of 61 in Hawai'i Volcanoes National Park
Kīlauea Volcano 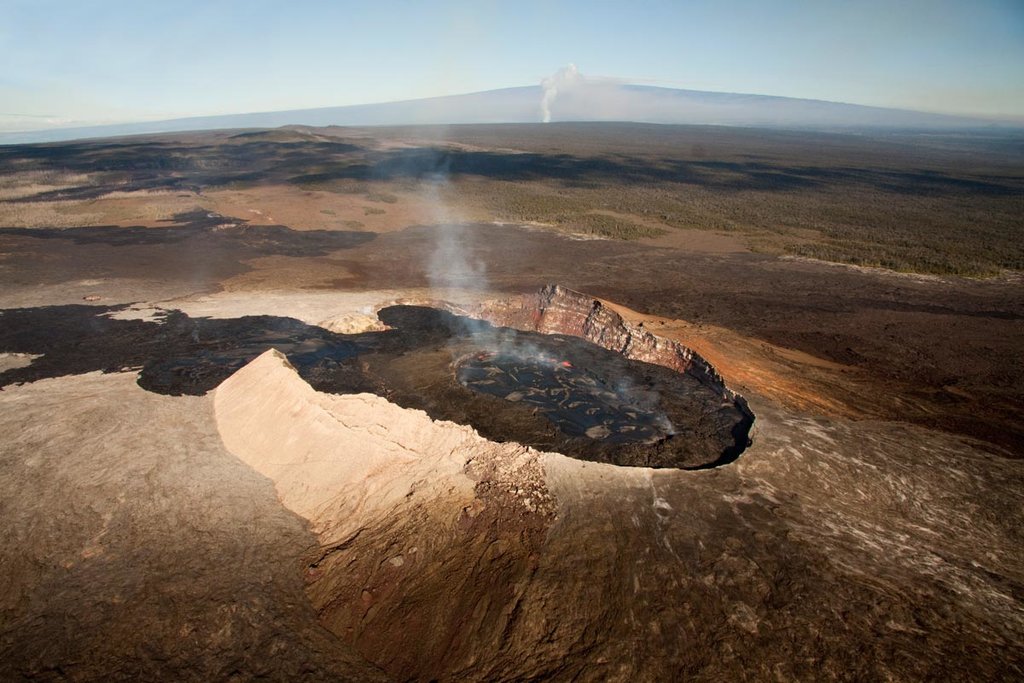 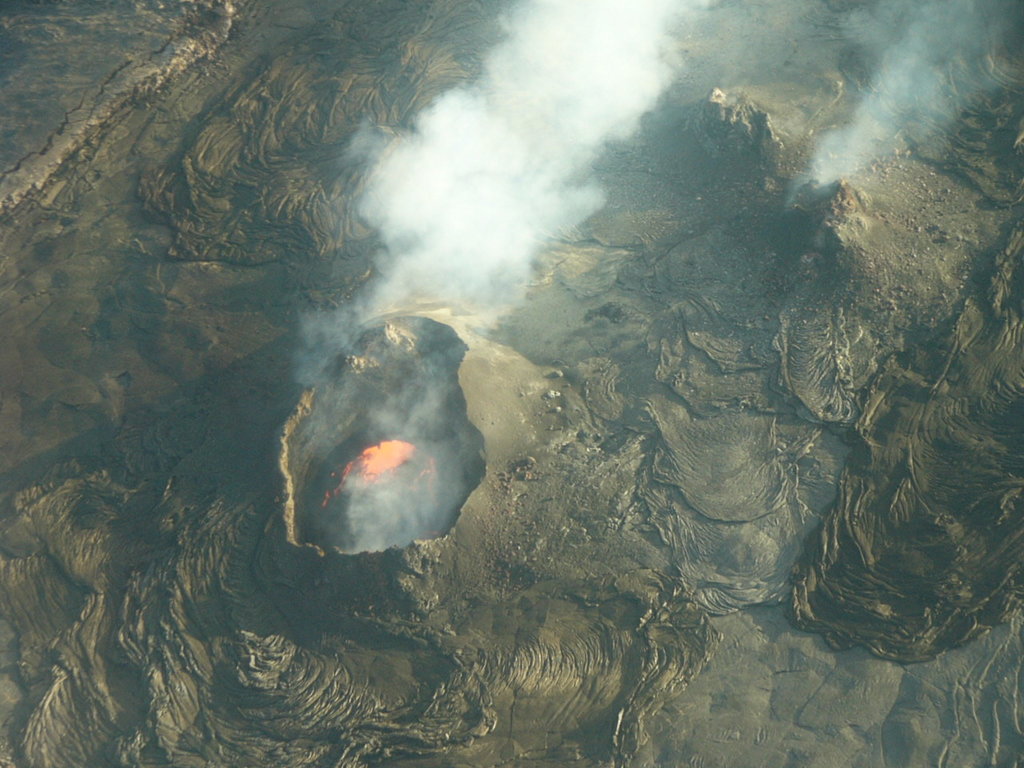 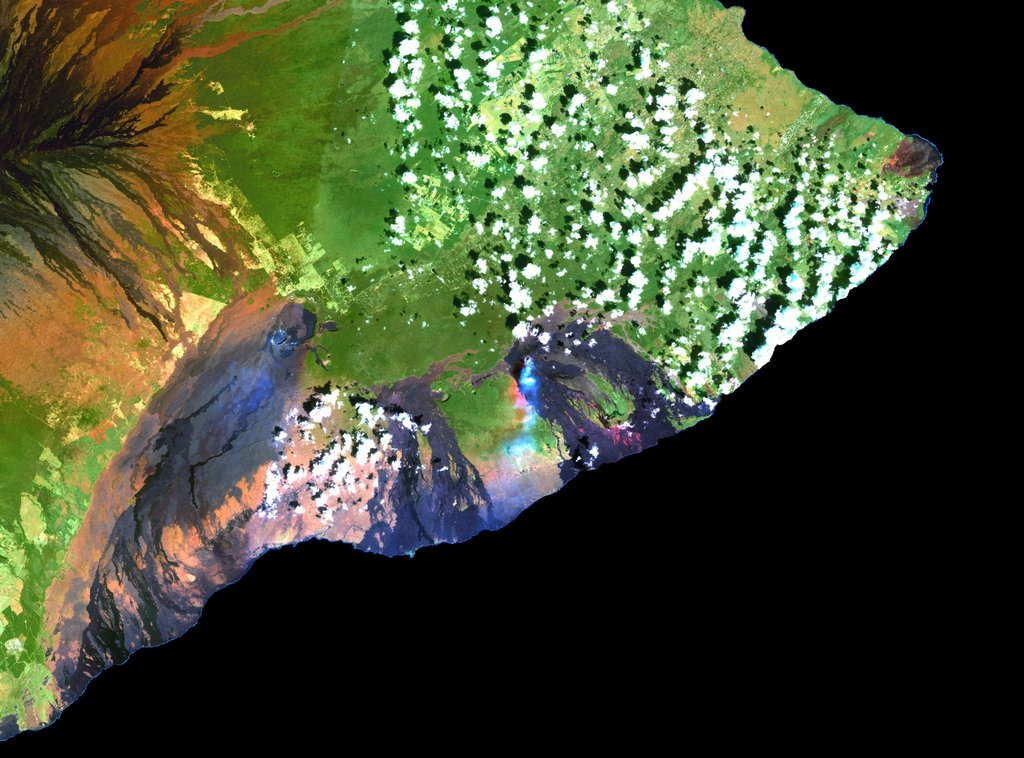 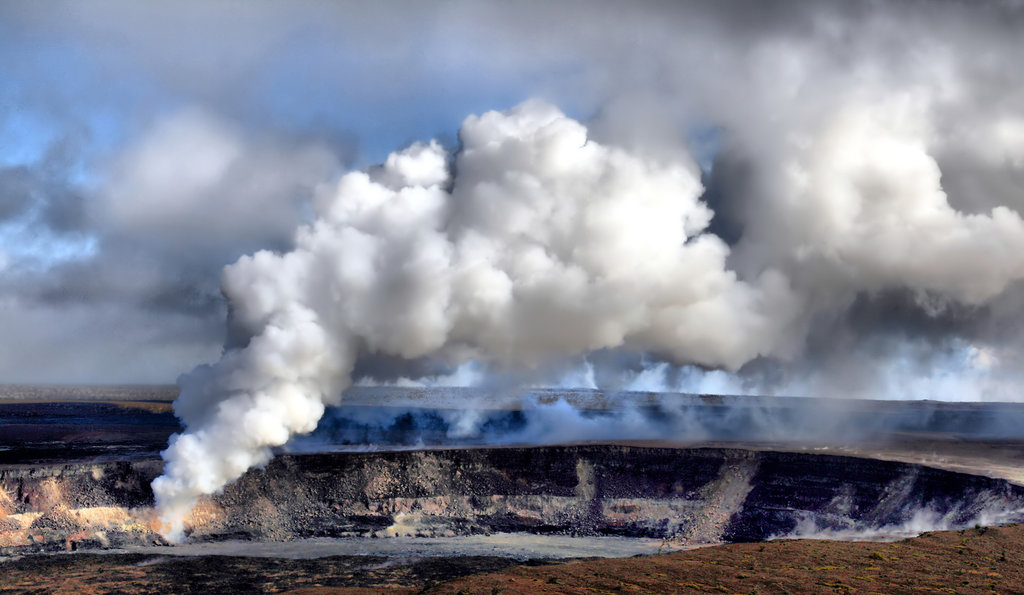 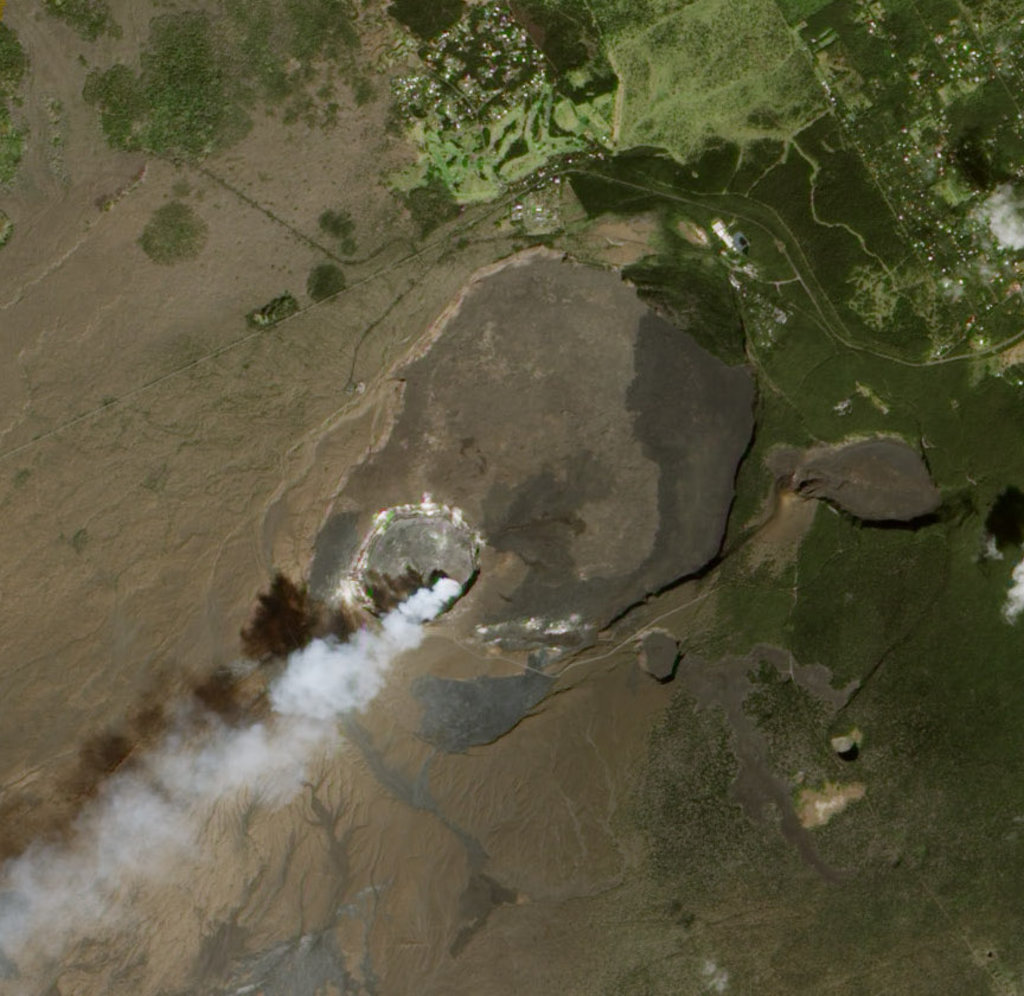 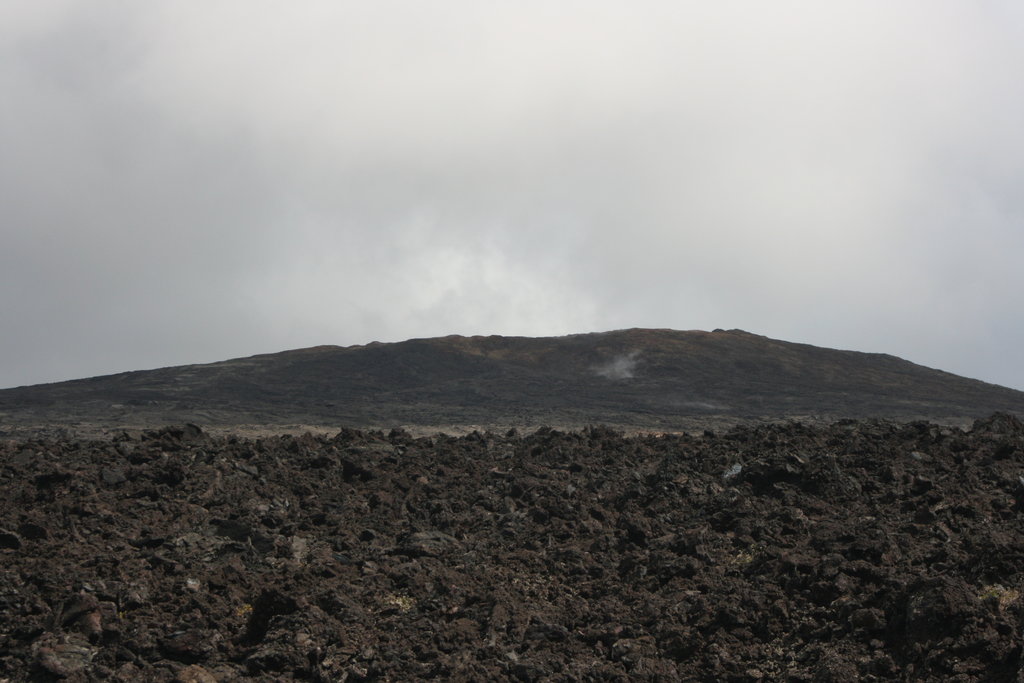 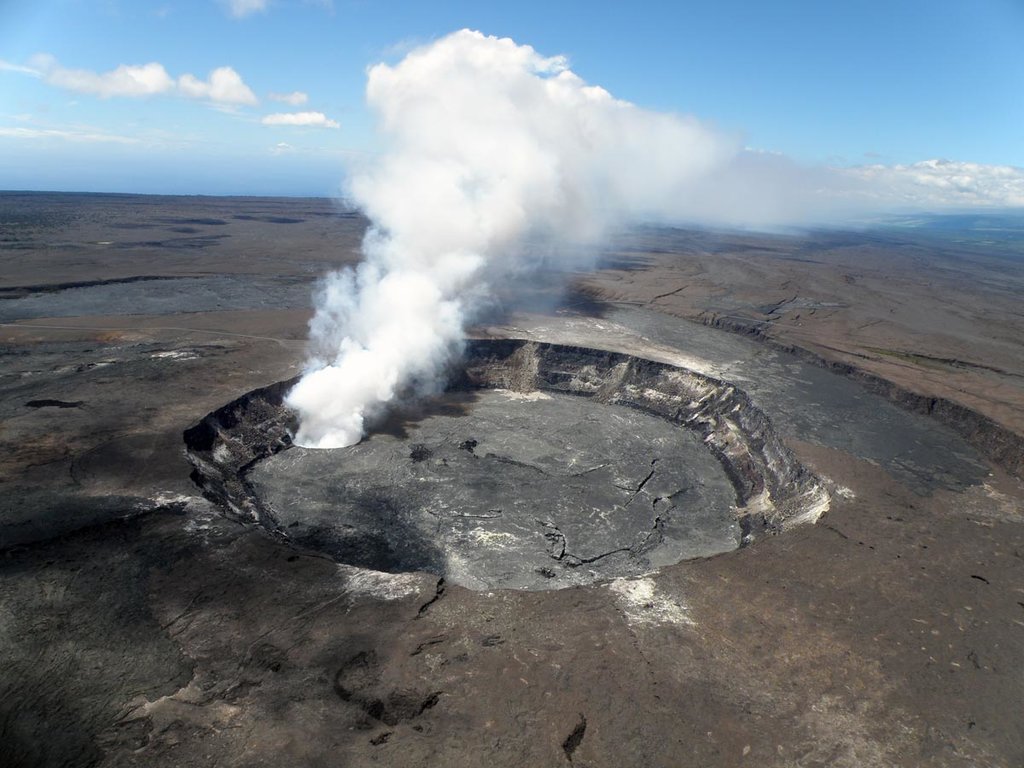