Hawai’i Volcanoes National Park contains 59 named mountains, including two notorious, active volcanoes: Kilauea and Mauna Loa. Kilauea, which sits along the southeastern shore of the island, erupted almost continuously between 1983 and 2018 and is one of the most active volcanoes in the world. On May 17, 2018 Kilauea erupted at the summit in Halema’uma’u and ejected volcanic ash 30,000 feet into the air. Kilauea’s explosive activity at the summit caused long-term closures of the Kilauea section of the park.

Like Kilauea, Mauna Loa is one of the five volcanoes that form the Island of Hawaii. Mauna Loa, which sits over 13,000 feet above sea level and approximately 3,000 feet below sea level, is considered one of the largest volcanoes on Earth. Mauna Loa is a shield volcano and covers more than half of the island.

More than five centuries before the park was established, Native Hawaiians lived, worked, and worshipped in this region. Kilauea and the Halema’uma’u caldera were considered the sacred home of Pele, the volcano goddess. Pele is an elemental force that is both destructive and creative. According to ancient tradition, Pele is considered a ‘ohana, or family, and is not to be feared, but respected.

Historic landmarks, including ancient petroglyphs dating back to between AD 1200-1450, can be found on the southern flank of Kilauea volcano at Pu’u Loa and incredible fossilized footprints from a violent volcanic eruption in 1790 can be found in the Ka’u desert ash.

Well-known for its volcanic significance, Hawai’i Volcanoes National Park continues to provide scientists with important insight into the development of the Hawaiian Islands and the process of volcanism. The park, which is considered one of the most fascinating biologic landscapes in the world, contains seven exceptional ecological zones – alpine, subalpine, upland forest, rain forest, mid-elevation woodland, lowland, and seacoast.

The 4-mile Kilauea Iki Trail begins in a lush rainforest and descends 400 feet to the Kilauea Iki crater floor. The tail leads to the 1959 vent that erupted to 1900 feet below the Pu’u Pua’I cinder cone before making its way back to the crater rim. Though the trail isn’t exceptionally challenging, it is steep and rocky. Hikers looking for more of an adventure can also explore Byron Ledge and the Nahuku Lava Tube by parking at the Devastation Trailhead.

Explore a 500-year-old lava tube where 2,000-degree Fahrenheit lava once flowed. The lava tube is easily accessible, requiring just a 20-minute walk from the Kilauea Iki parking area. The lava tube is lit during daylight hours, but if you’re visiting after hours you’ll need to bring along a flashlight or headlamp.

The Ka’u Desert is an unforgiving landscape where volcanic eruptions and ashfall have created a desolate and otherworldly environment. A dramatic explosion occurred at the summit of Kilauea in 1790. Native Hawaiians traveling through the region were caught in the middle of the deadly storm. Today, their footprints are perfectly preserved in fallen ash and can be seen along an accessible footpath on the Ka’u Desert trail.

Recently, Hawai’I Volcanoes National Park reopened a portion of the Crater Rim Drive that had been closed since the eruptive vented opened in Halema’uma’u in March 2008. Just .8 miles from the Devastation Trail parking lot, hikers will find evidence of a brief eruption that occurred in 1982, as well as a pit crater that sits on the boundary fault encircling Kilauea’s summit. On a clear day, Keanakako’I Crater offers visitors an incredible view of Mauna Loa and Mauna Kea.

Volcano House, a series of historic hotels built at the edge of Kilauea, is the only hotel and restaurant located within the boundaries of the park. Dating back to 1846, the historic Volcano House is known for its dramatic caldera vistas and rich cultural legacy. Volcano house offers 33 guest rooms, a dining room, snack bar, lounge, and gift shop. It also manages 10 camper cabins and campsites in the nearby Namakanipaio Campground. The original 1877 building is listed on the National Register of Historic Places and houses the Volcano Art Center.

Volcano Village is a small town that sits just outside of Hawaii Volcanoes National Park, making it the perfect basecamp for exploring the park. The town sits amidst a lush rainforest and is known for its peacefulness. From the village, visitors can easily access the park’s most impressive hikes and vistas or spend time at a local Farmers market or winery. Volcano Village doesn’t house many hotels, but there are plenty of quaint bed and breakfast options and private rentals to choose from. 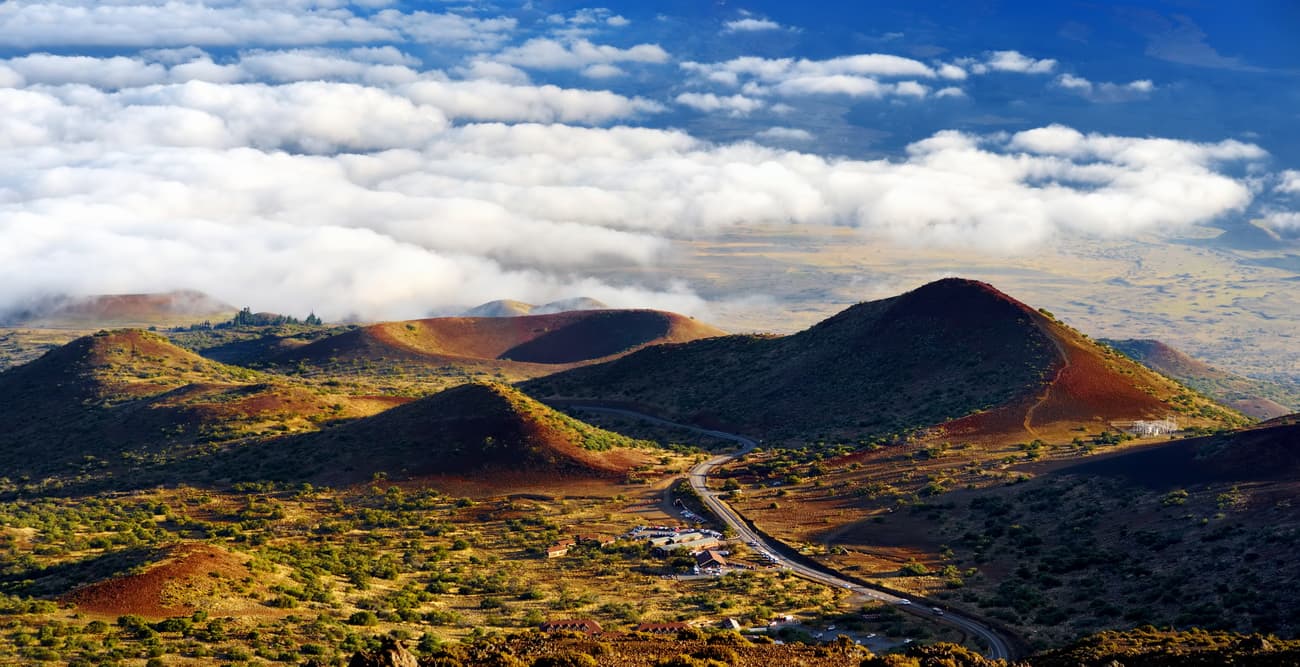 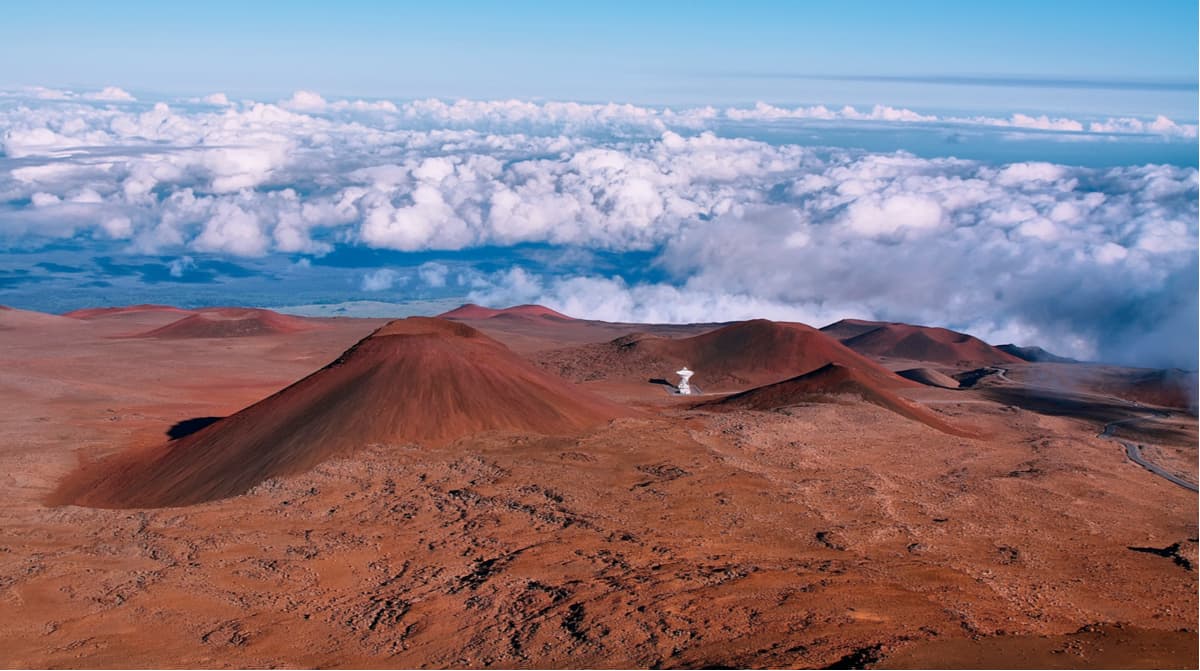 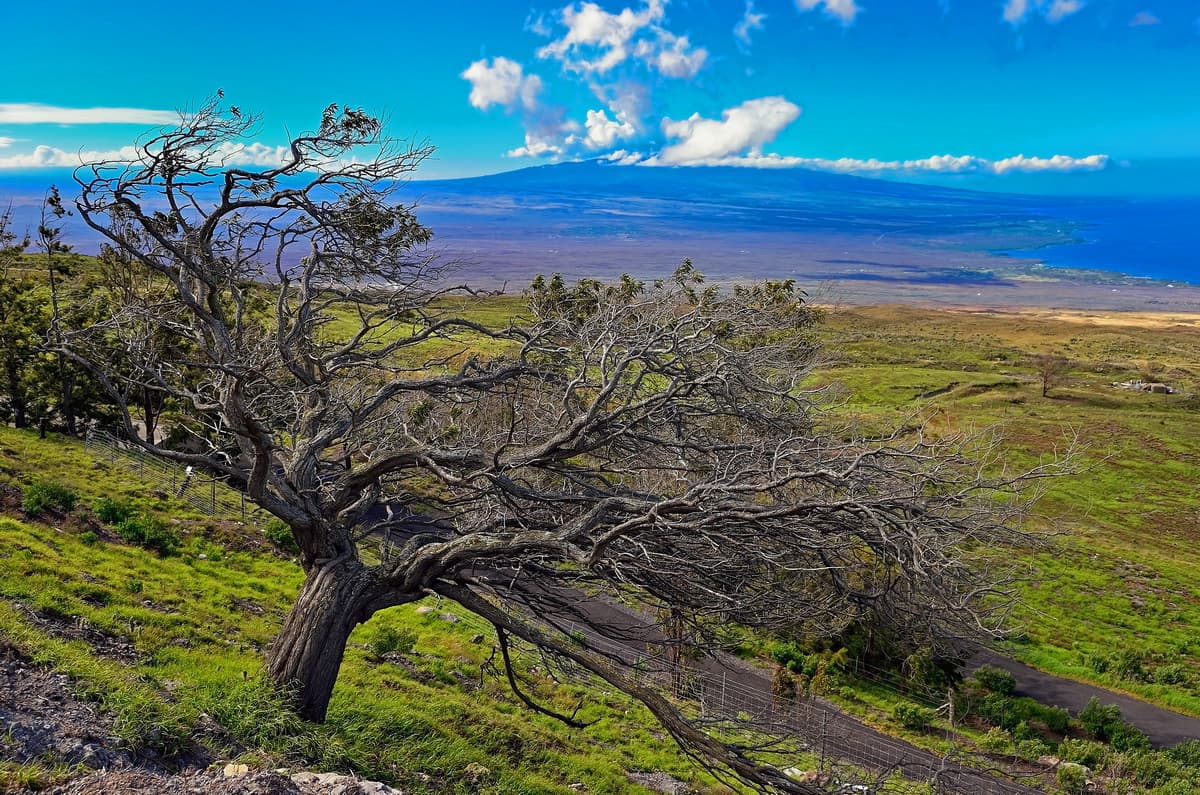 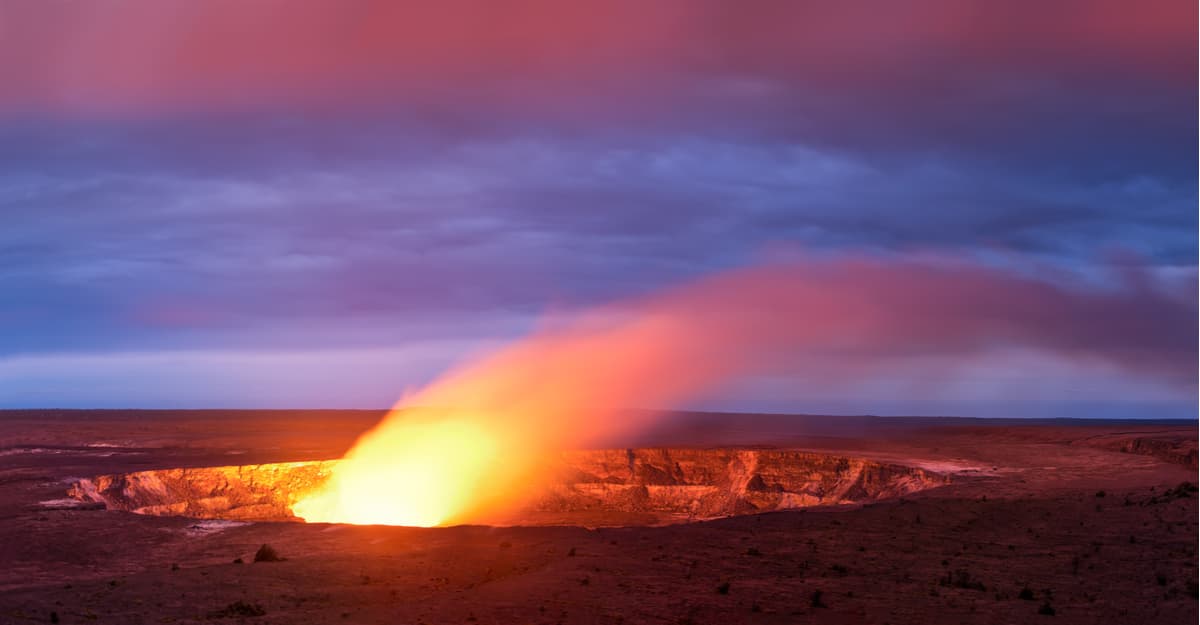 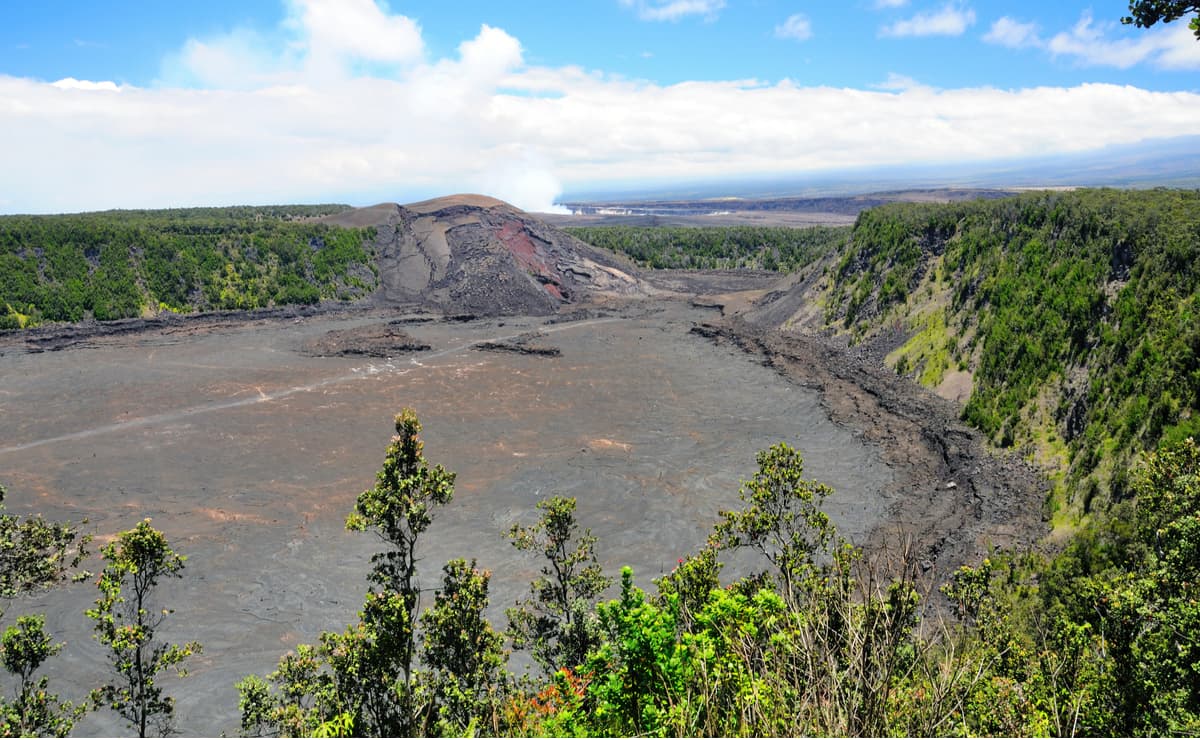 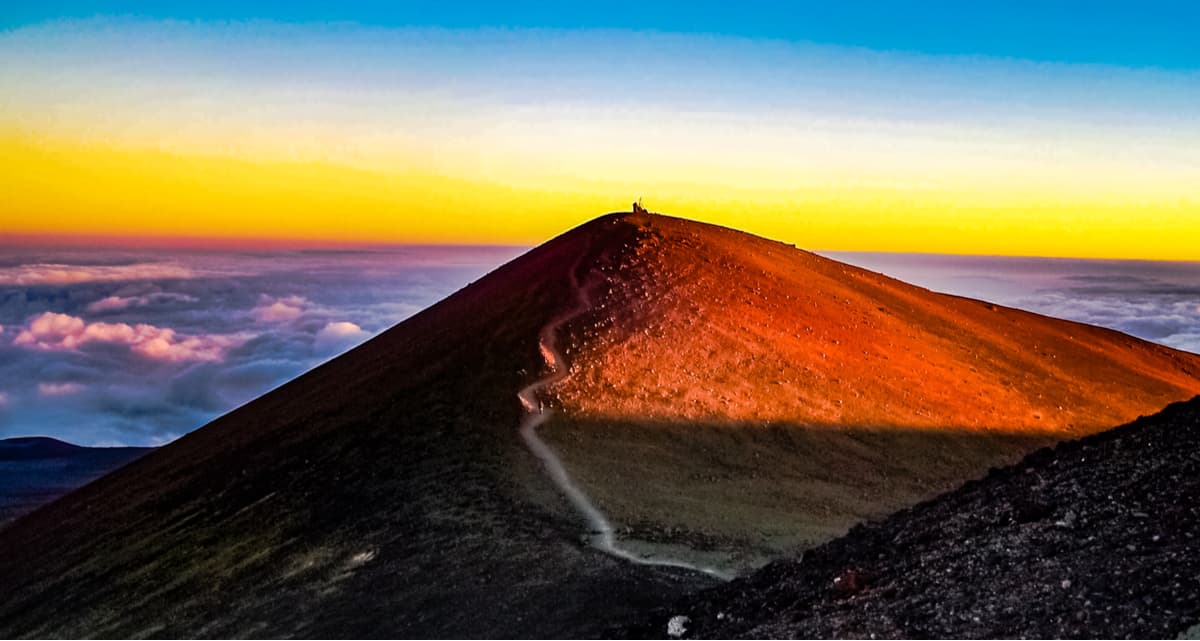 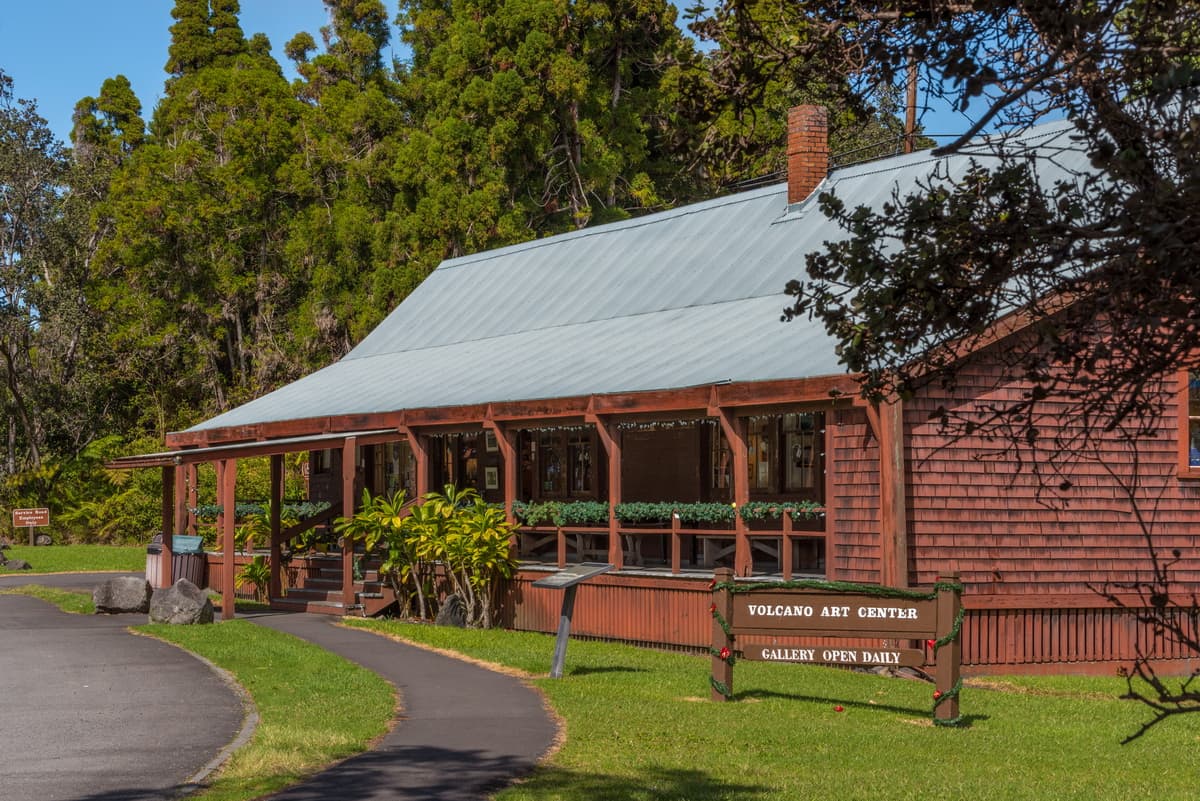