998 m
Elevation
Elevation is the altitude of a place
above sea level.

538 m
Prominence
Peak’s prominence is the least
vertical to be covered to get from the
summit to any other higher terrain.

Proportional Prominence 696 m
Location
44.105743 N  -71.09433 W
Kearsarge North is a mountain located about 4 miles (6 km) northeast of North Conway, Carroll County, New Hampshire. The U.S. Board on Geographic Names accepted the name Pequawket Mountain in 1915 but it was renamed Kearsarge North in 1957. The Pequawket are subdivision of the Abenaki people who formerly lived in the area. It sometimes referred to as Mount Kearsarge, a name officially assigned to a mountain in Merrimack County.

Kearsarge North is located on the eastern fringe of the White Mountains. It is drained by various brooks into the Saco River.

There are two hiking routes up Kearsarge. The first, and most popular, is the 3.1-mile (5.0 km) Mount Kearsarge North Trail, which ascends 2,600 feet (790 m) from the North Conway side of Hurricane Mountain Road, near Intervale. The Weeks Brook Trail, a much less-used 4.7-mile (7.6 km) route, approaches Kearsarge from the east, from a trailhead on Forest Road 317 in Chatham.

An inn was built on the summit, only to be twice destroyed by storms. In 1909, the Appalachian Mountain Club granted the New Hampshire Forestry Commission use of the destroyed hotel for a fire lookout.
There's a trail called Weeks Brook Trail leading to the summit. 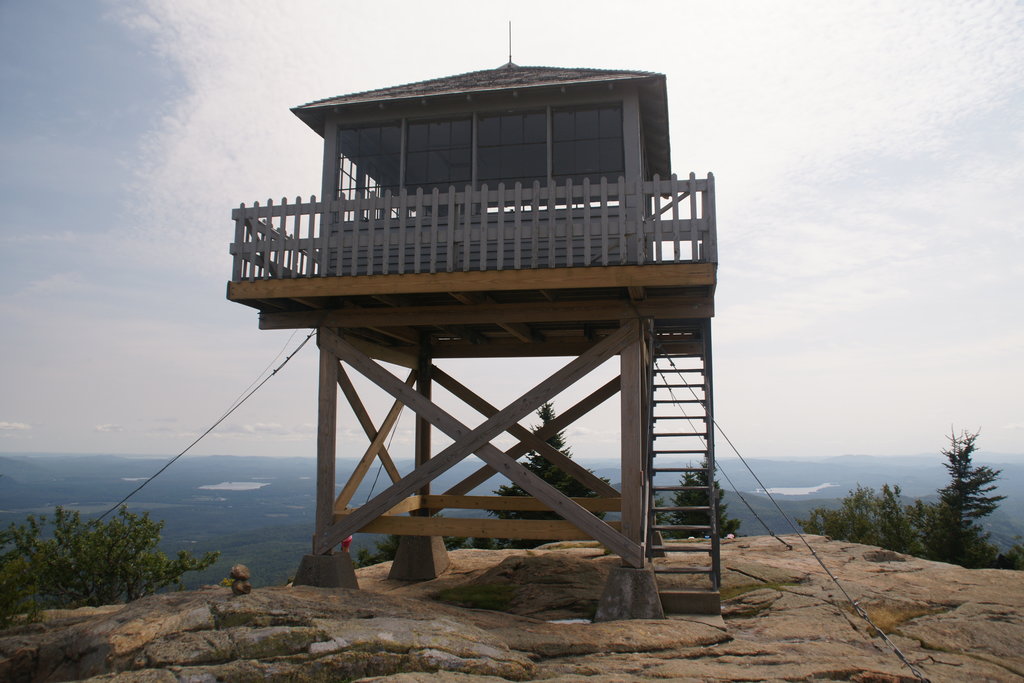