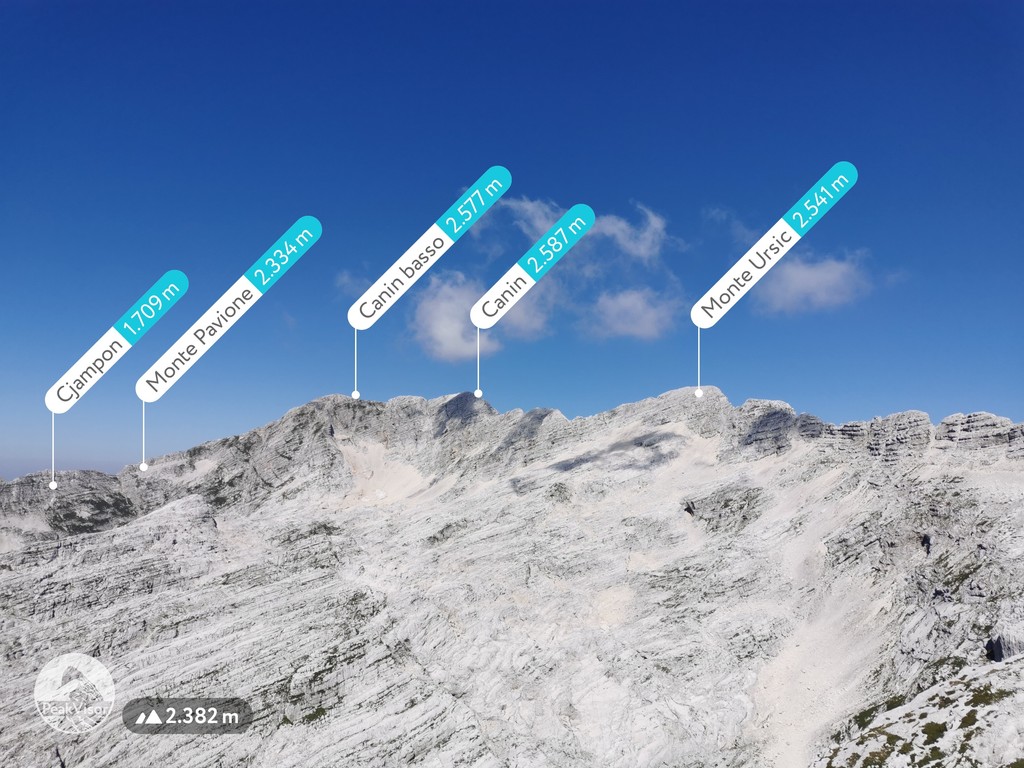 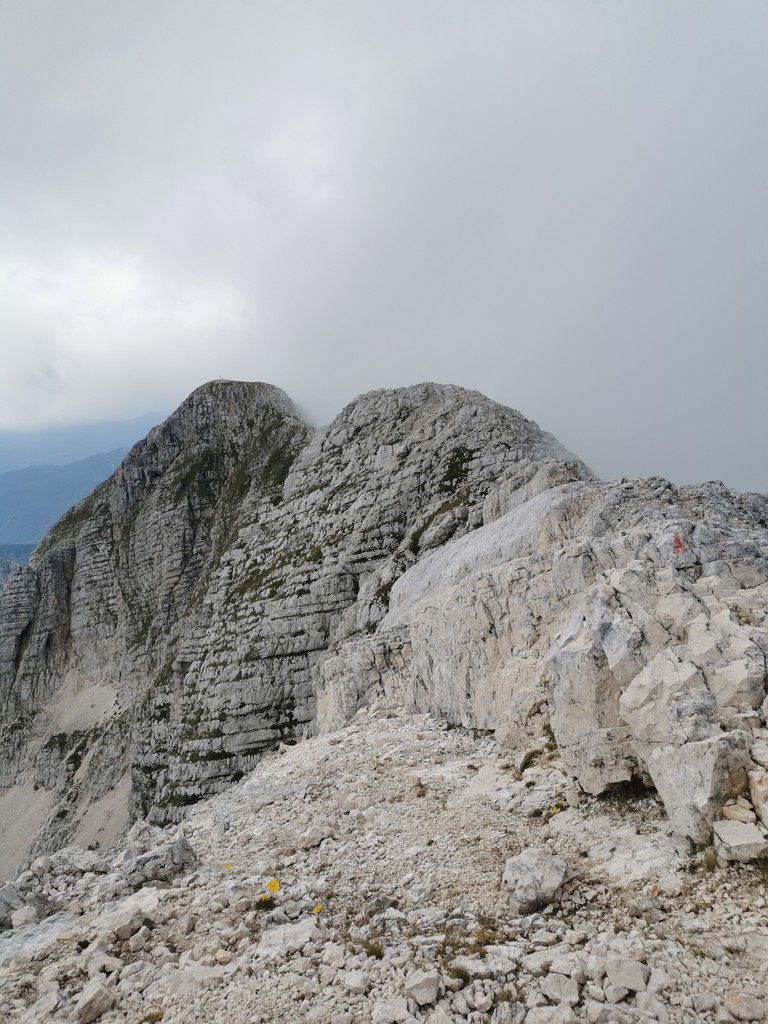 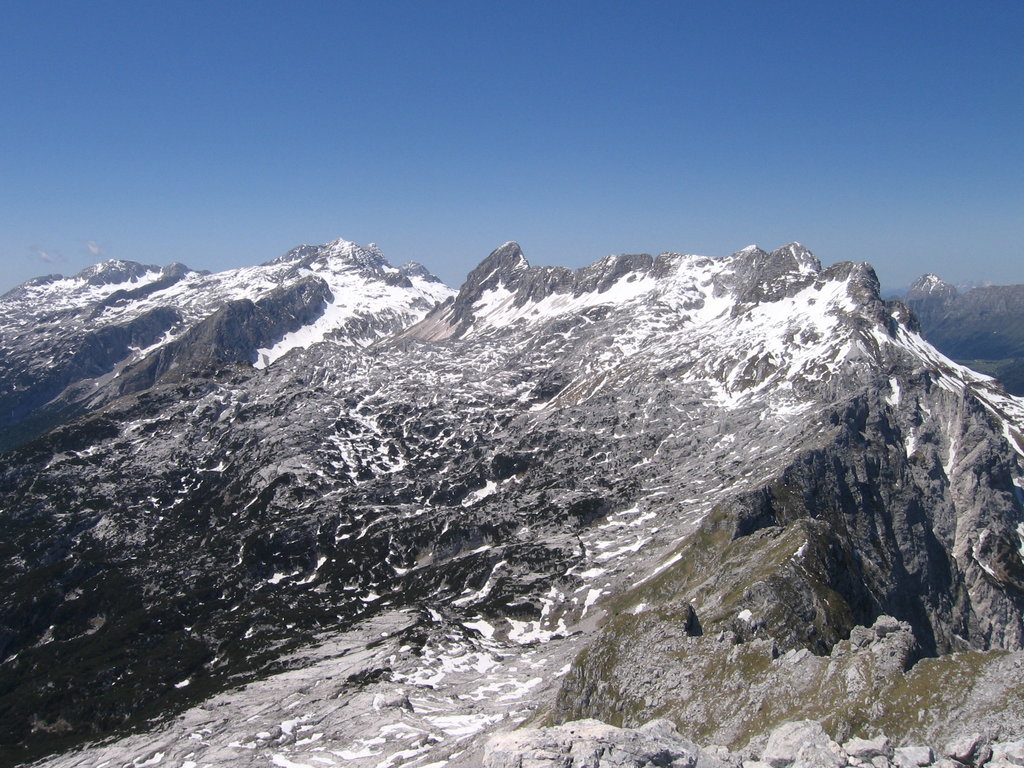 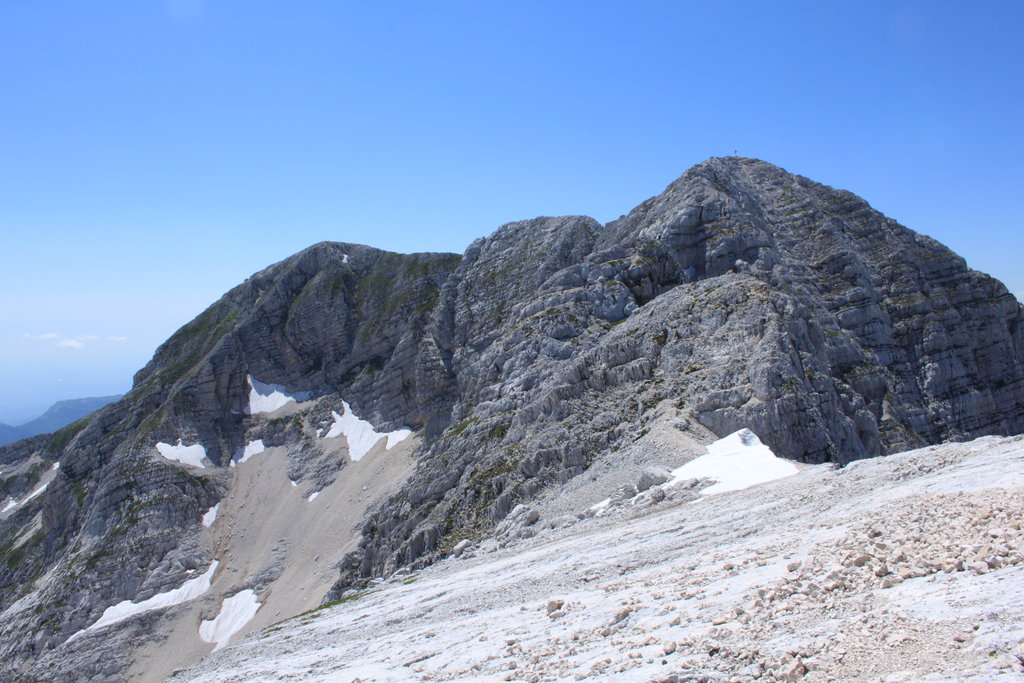 Show 2 photos
Add photo
2 587 m
Elevation
Elevation is the altitude of a place
above sea level.

1 407 m
Prominence
Peak’s prominence is the least
vertical to be covered to get from the
summit to any other higher terrain.

The Kanin Mountains or the Canin Mountains (Resian: Ćanen, Friulian: Mont Cjanine), mostly simply Kanin or Canin, are a mountain range in the Western Julian Alps, on the border of Slovenia and Italy. Their highest summit, Big Mount Kanin (Slovene: Visoki Kanin, Italian: Monte Canin Alto) is 2,587 m above sea level. They separate the upper Soča Valley in Slovenia from the Resia Valley in Italy.

On the Slovenian side of the mountain range, which is part of the Municipality of Bovec, lies a major ski resort, the highest in the country. Among a number of shafts, Vrtoglavica Cave holds the record for having the deepest single vertical drop (pitch) of any cave on earth, at a depth of 603 metres (1,978 ft).

The Kanin Mountains are an important identity symbol of the people of the Resia Valley, and several popular songs in the Resian dialect are dedicated to this group, which the locals call Höra ta Ćanïnawa, or simply Ćanen.
There's an alpine trail (T4) called Alta Via Resiana leading to the summit. Kanin / Canin is one of the 10 peaks along the Alta Via Resiana.