4 158 m
Elevation
Elevation is the altitude of a place
above sea level.

686 m
Prominence
Peak’s prominence is the least
vertical to be covered to get from the
summit to any other higher terrain.

Proportional Prominence 3 293 m
Top 50 of the Alps
Top 50 mountains of the region by elevation with prominence bigger than 300 ⁠m / 984 ⁠ft.
Glacier
A mountain with a glacier on the crests and / or slopes.
Location
46.536811 N  7.962432 E
The Jungfrau ("maiden, virgin") at 4,158 metres (13,642 ft) is one of the main summits of the Bernese Alps, located between the northern canton of Berne and the southern canton of Valais, halfway between Interlaken and Fiesch. Together with the Eiger and Mönch, the Jungfrau forms a massive wall overlooking the Bernese Oberland and the Swiss Plateau, one of the most distinctive sights of the Swiss Alps.

The summit was first reached on August 3, 1811 by the Meyer brothers of Aarau and two chamois hunters from Valais. The ascent followed a long expedition over the glaciers and high passes of the Bernese Alps. It was not until 1865 that a more direct route on the northern side was opened.

The construction of the Jungfrau railway in the early 20th century, which connects Kleine Scheidegg to the Jungfraujoch, the saddle between the Mönch and the Jungfrau, made the area one of the most-visited places in the Alps. Along with the Aletsch Glacier to the south, the Jungfrau is part of the Jungfrau-Aletsch area, which was declared a World Heritage Site in 2001.
The nearest mountain hut is Rottalhütte SAC located 1 804m/5 920ft WSW of the summit. 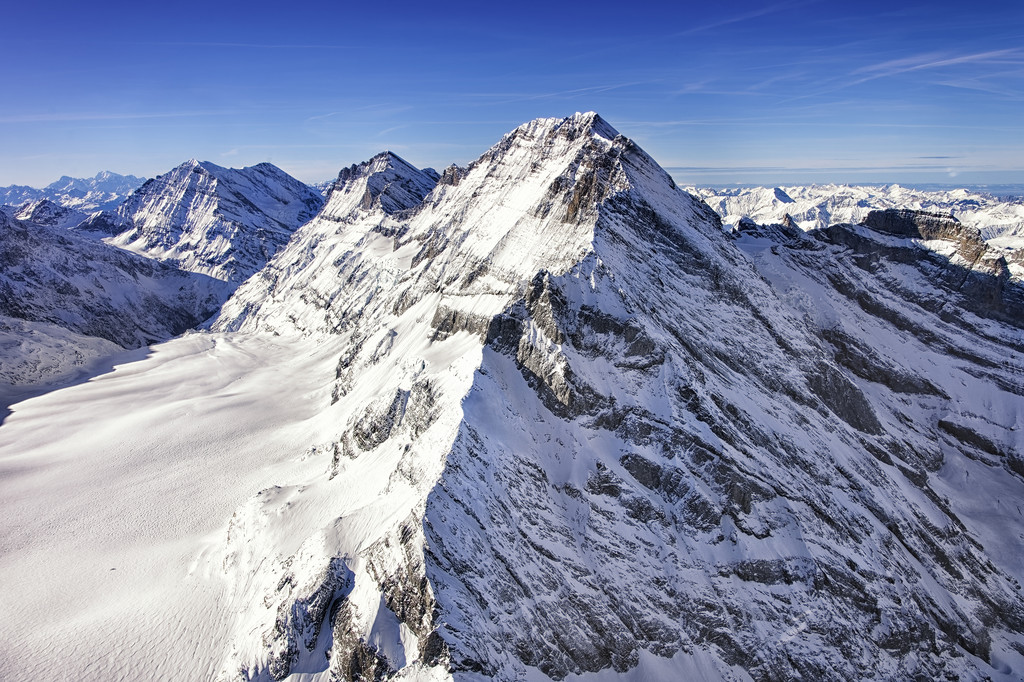 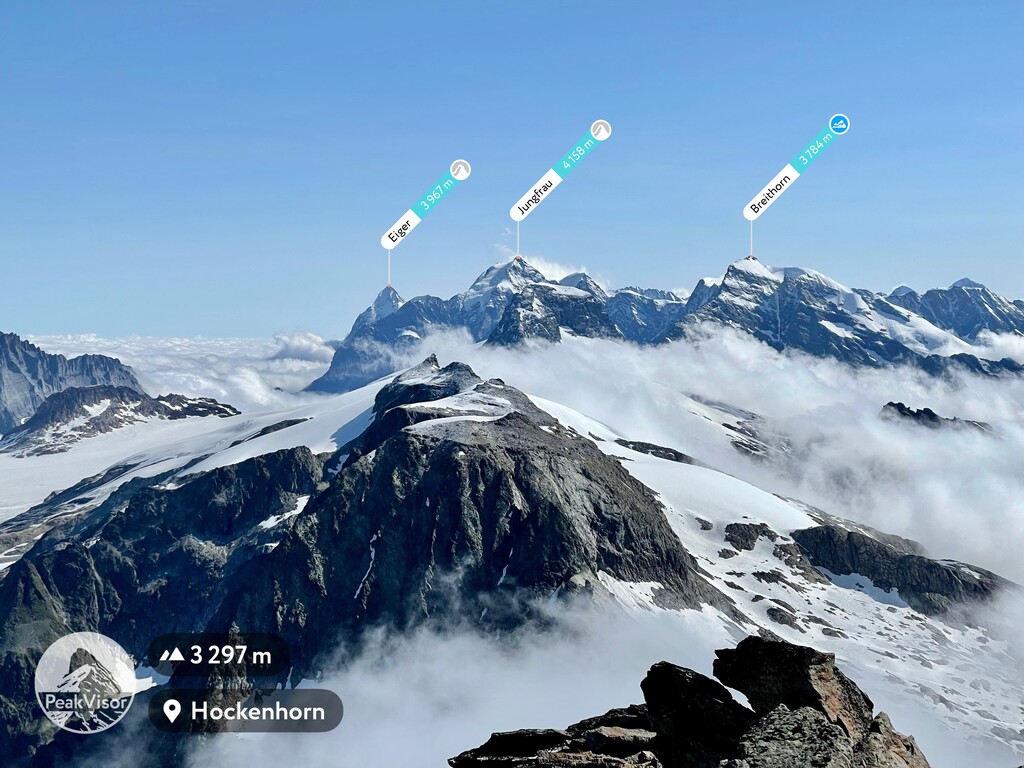 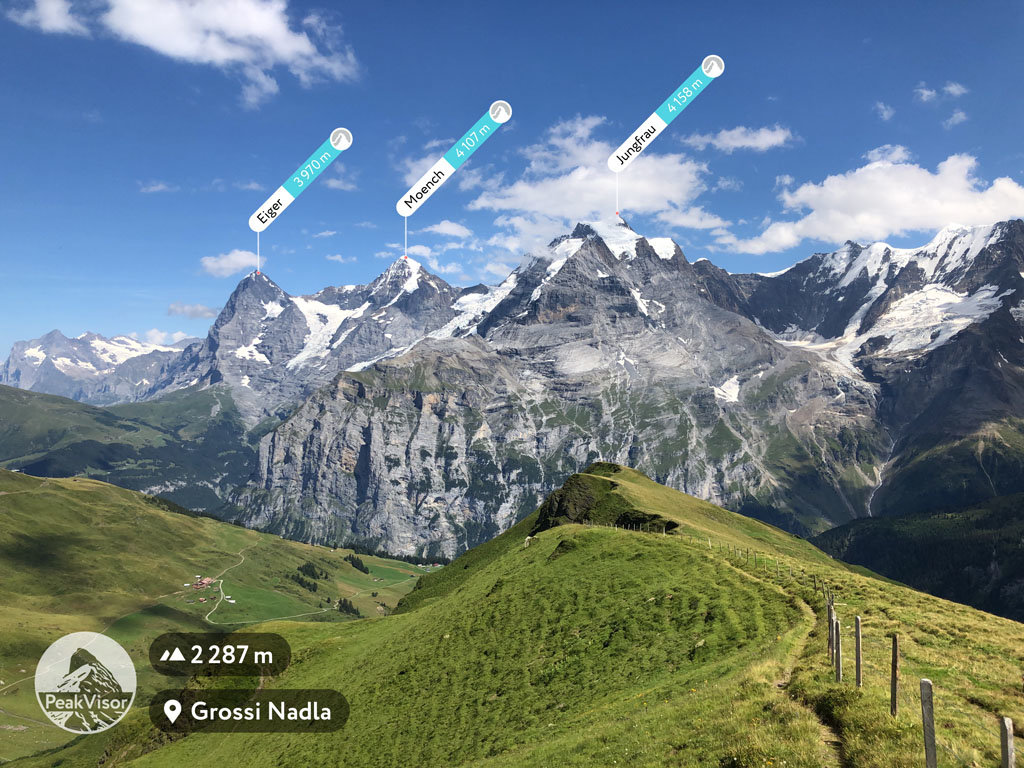 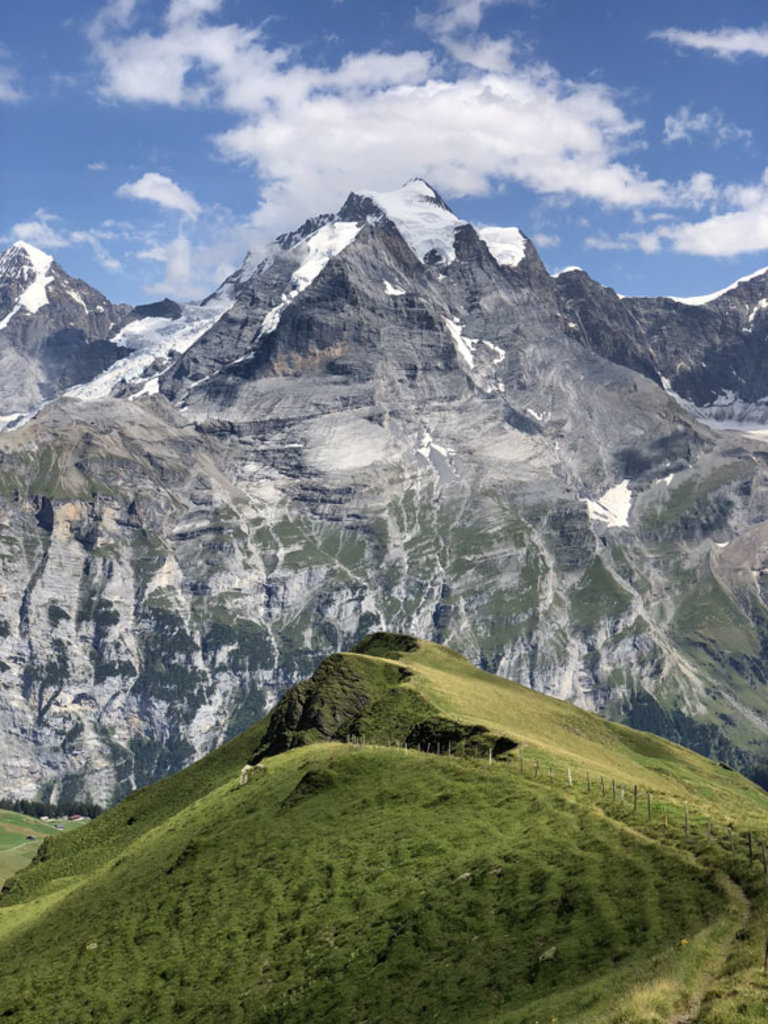 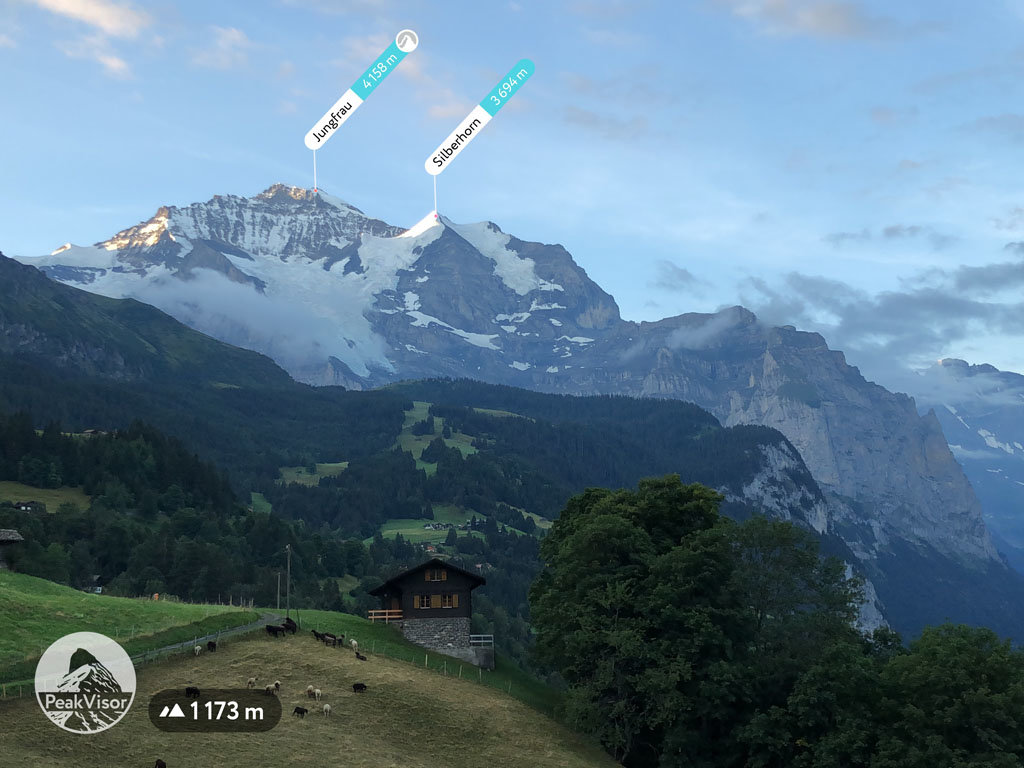 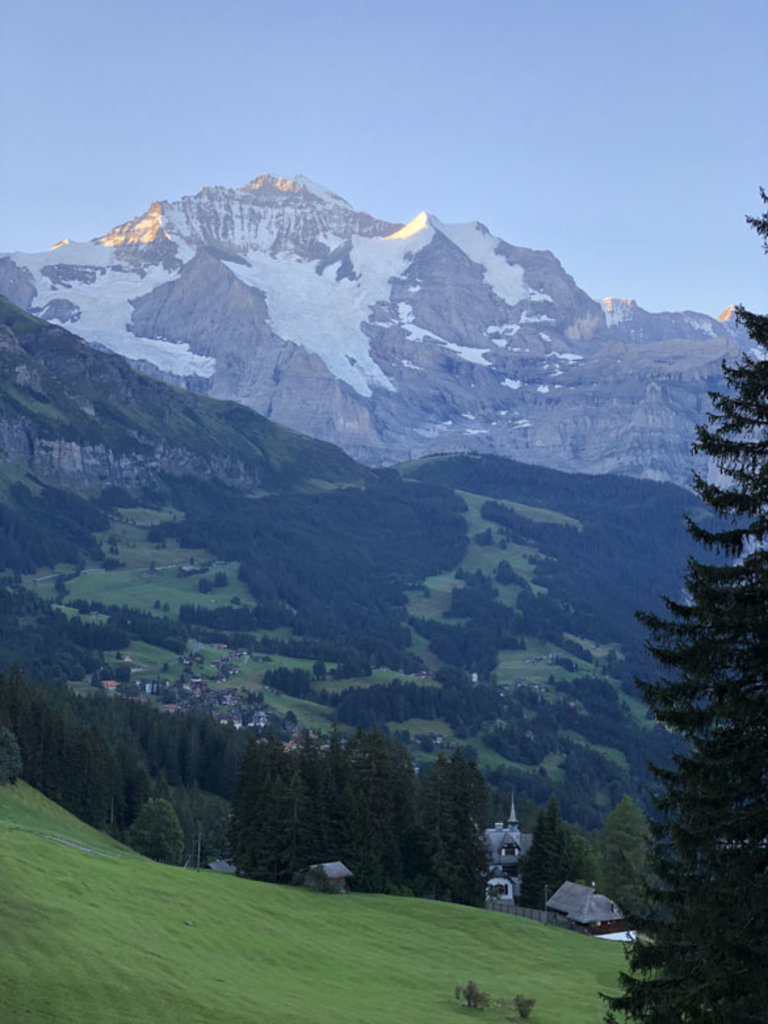 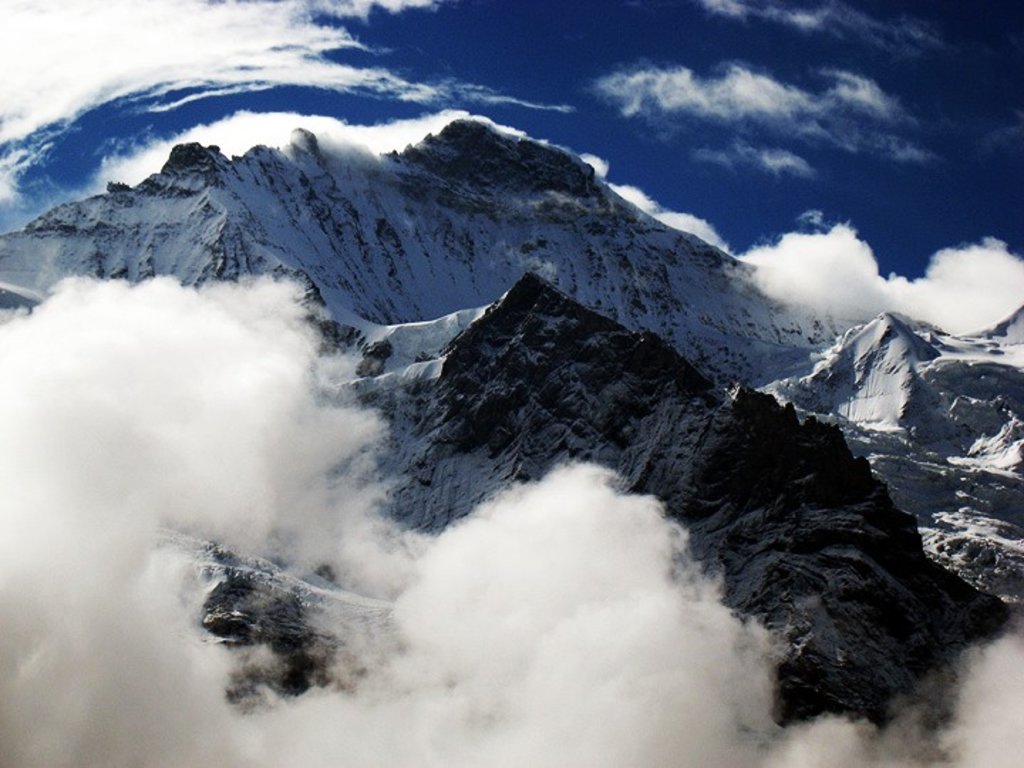 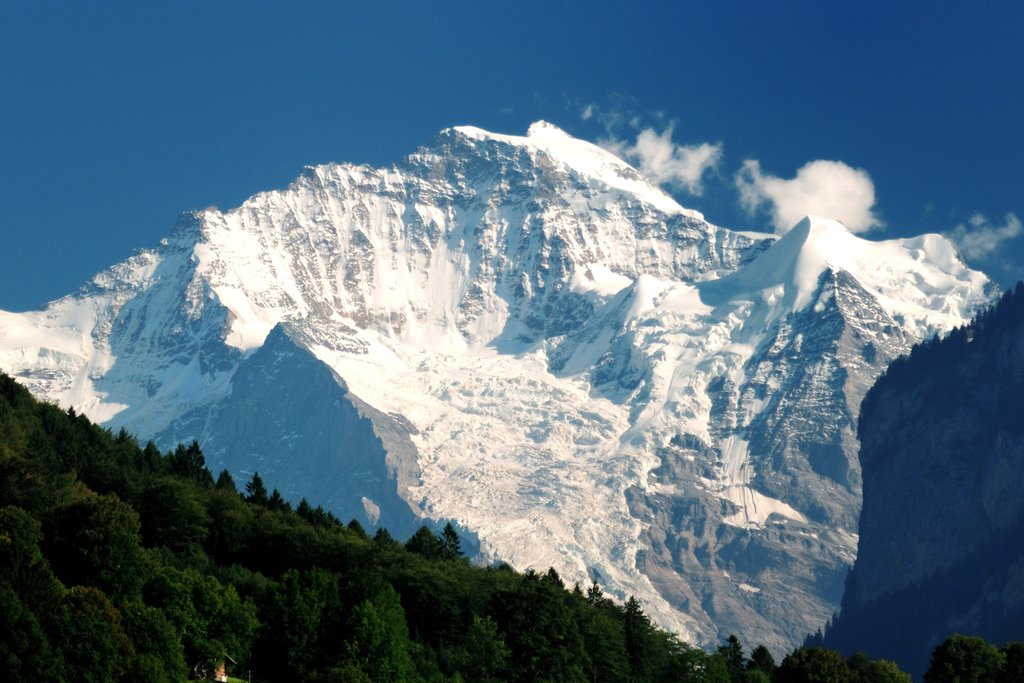 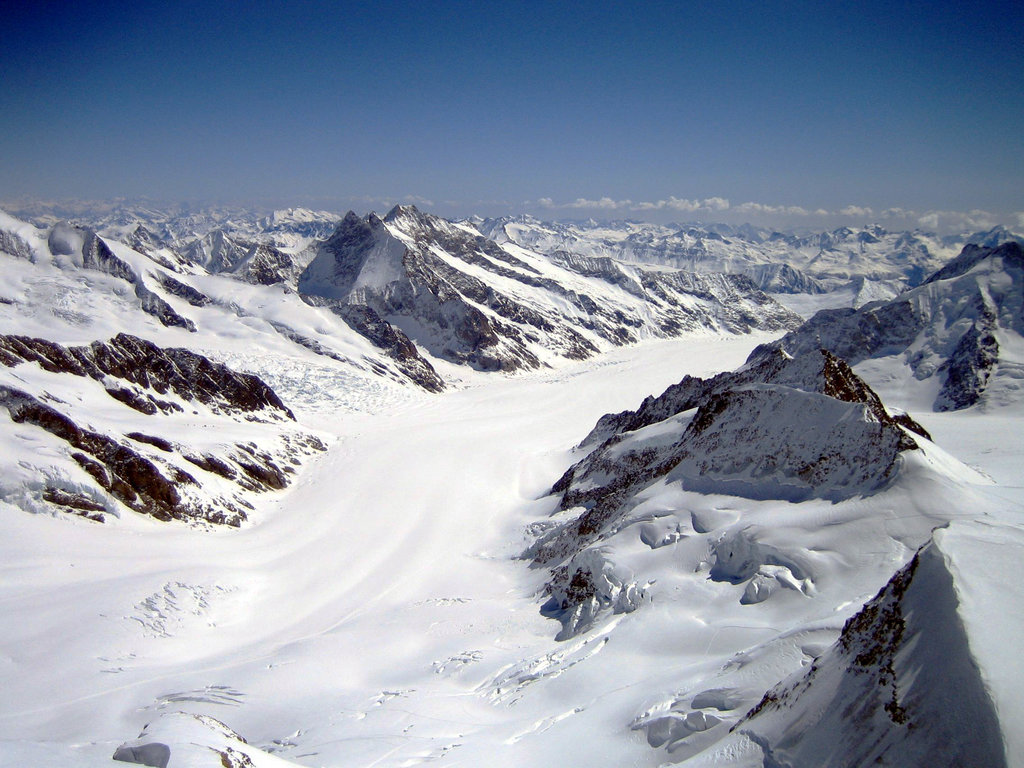 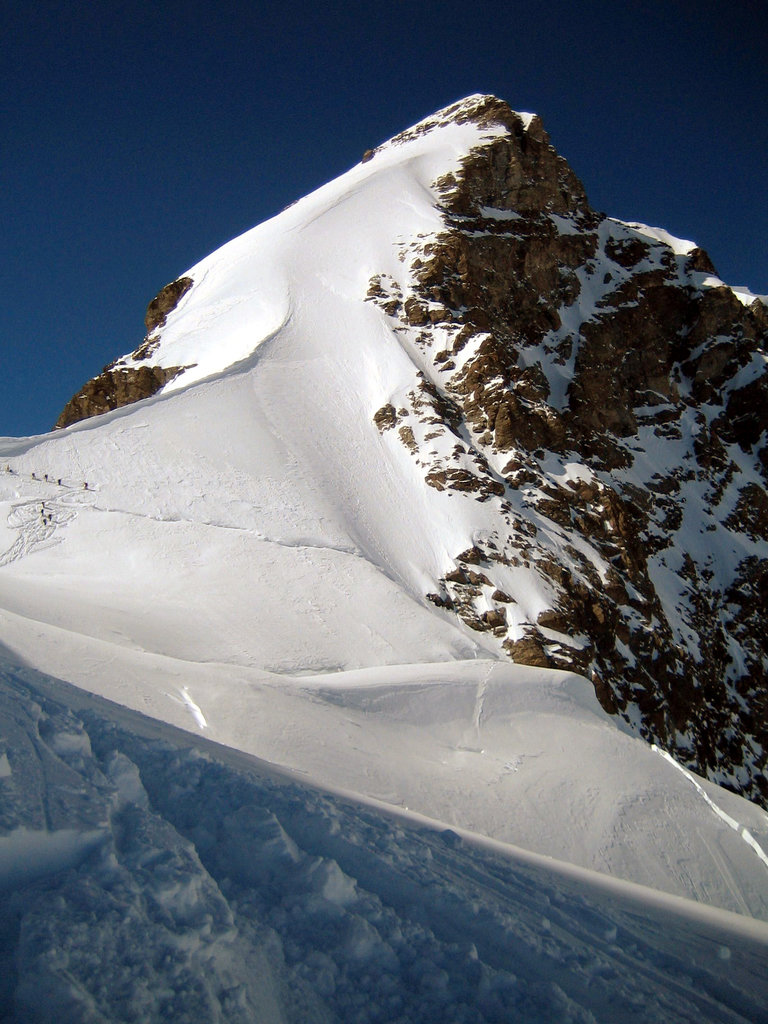 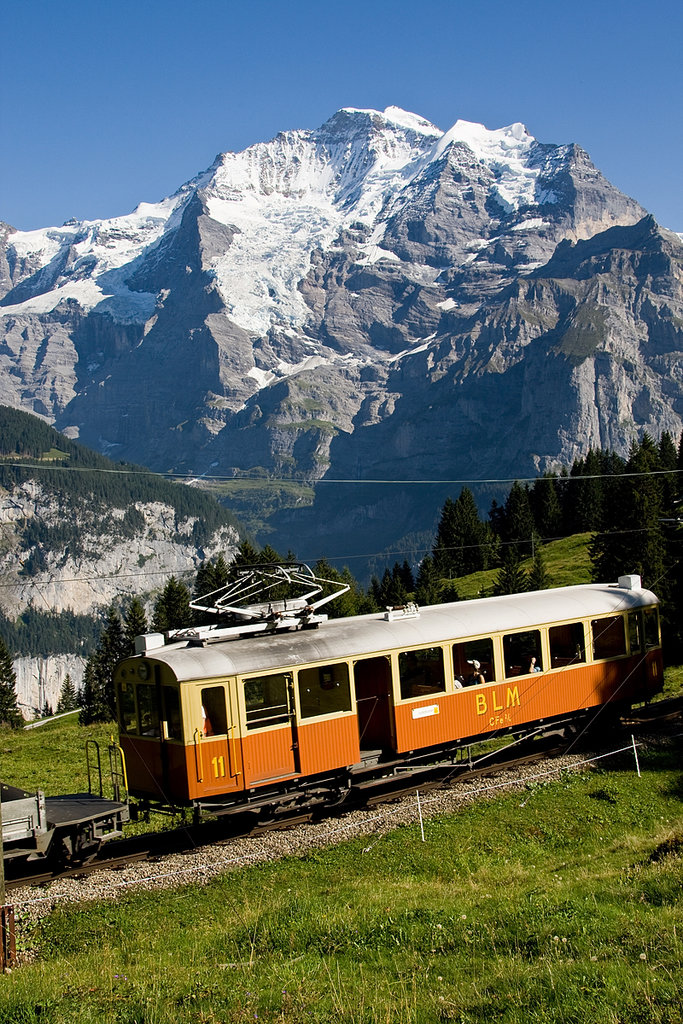 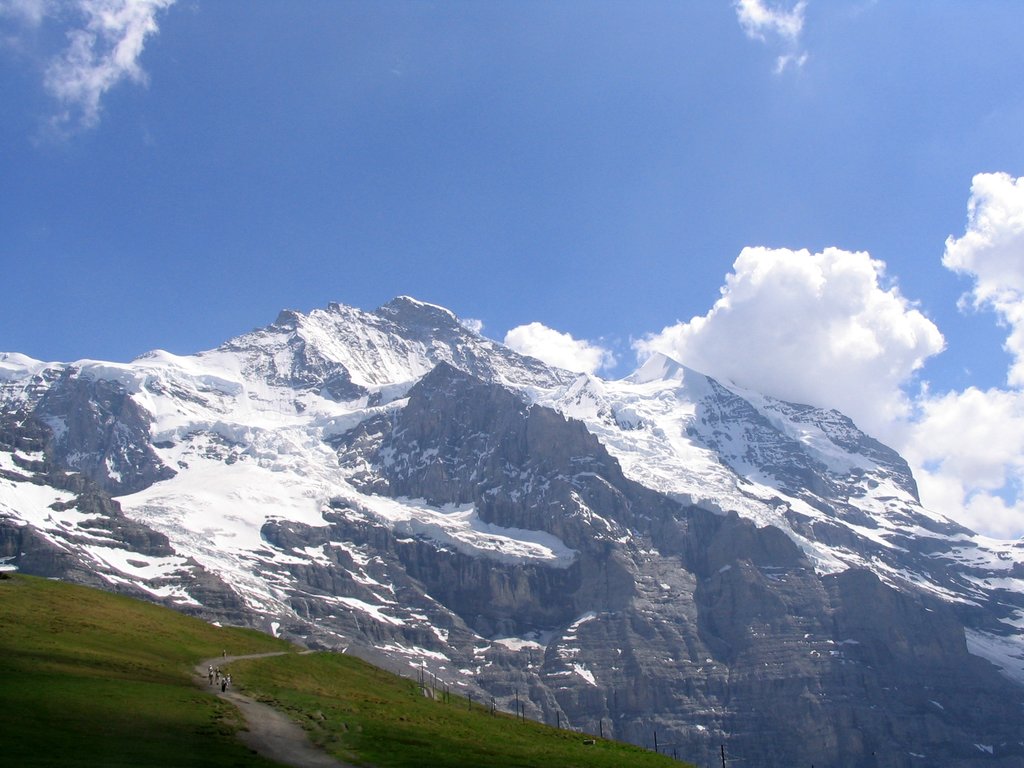 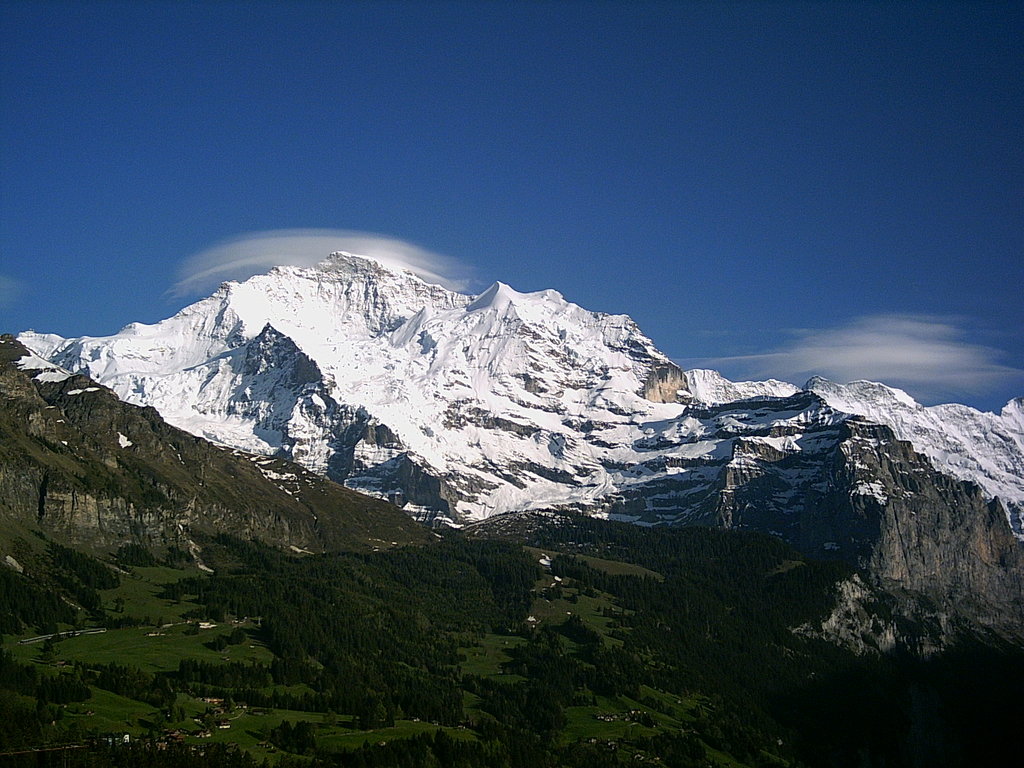 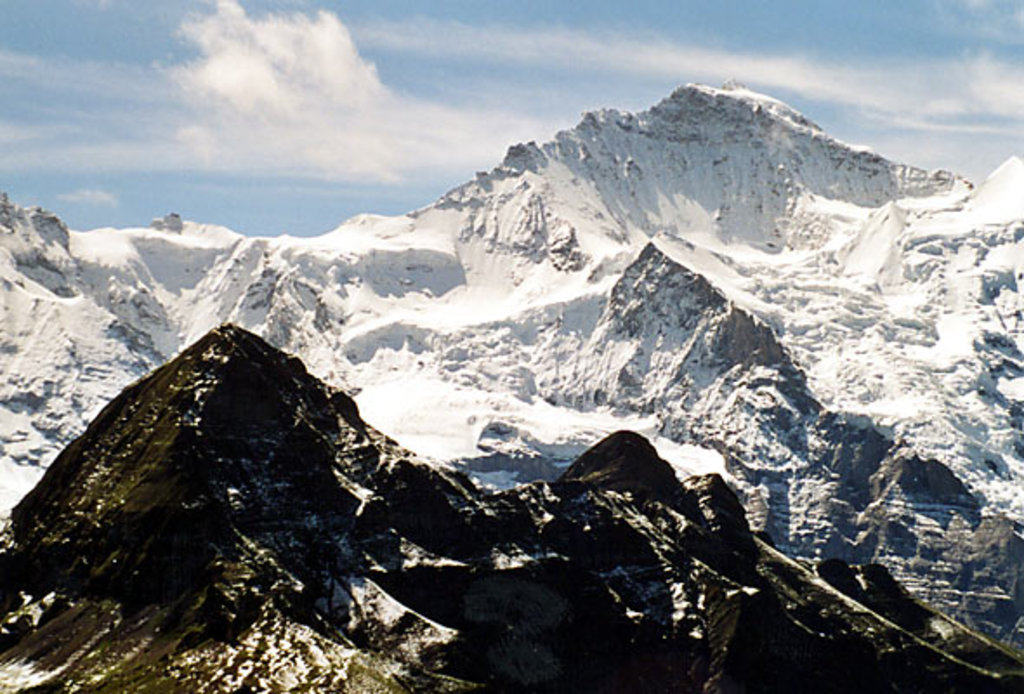 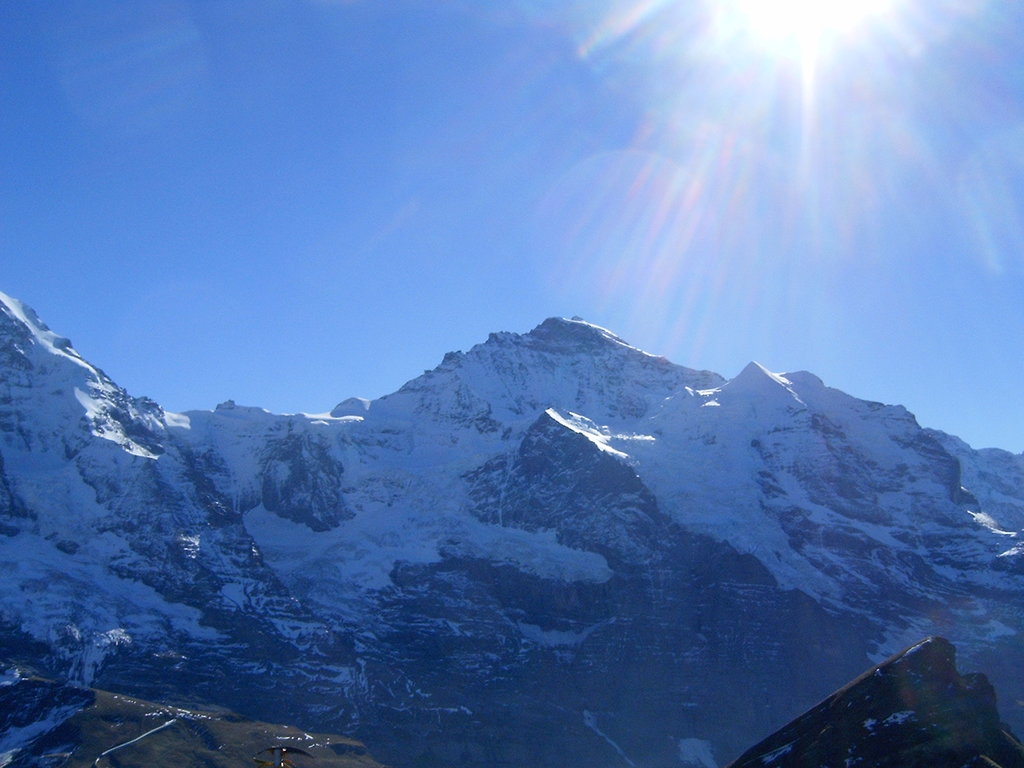 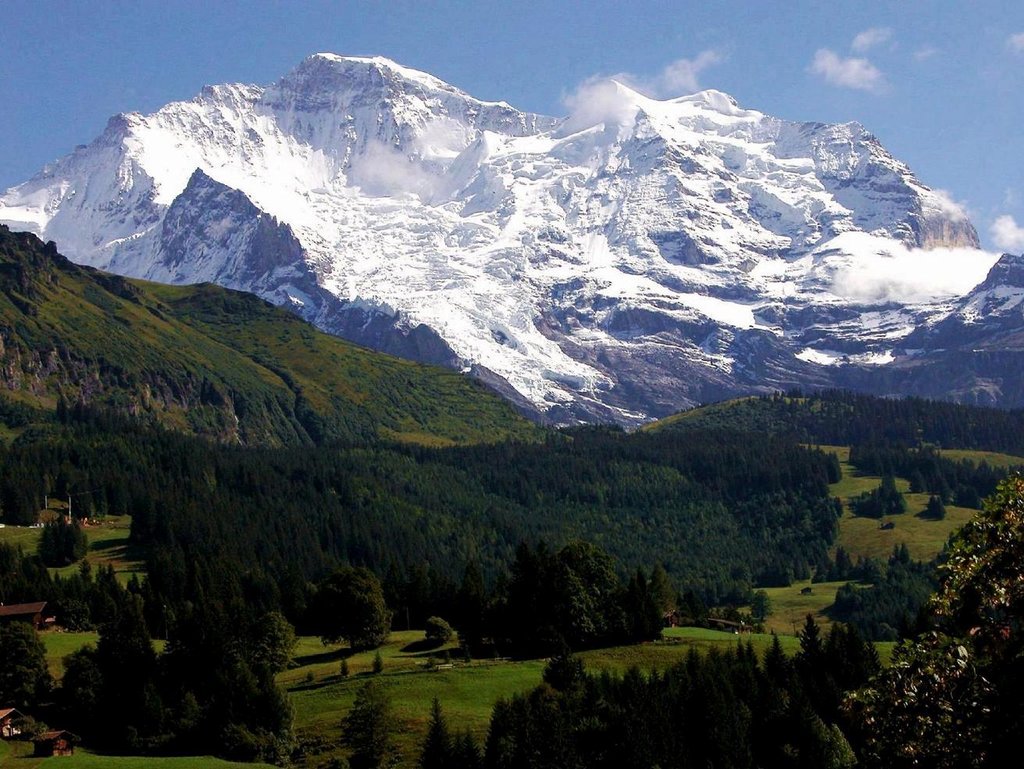 Wixi
Status
closed
Start - End
1 822 m - 2 320 m
Show all 93 lifts
Show only 10 lifts
All mountain lifts in region
Check out a downloadable 3D model of Jungfrau area. A higher resolution model can be found in the PeakVisor mobile app.
Do you have photos of Jungfrau or know something about it? Please let us know!