1 848 m
Elevation
Elevation is the altitude of a place
above sea level.

884 m
Prominence
Peak’s prominence is the least
vertical to be covered to get from the
summit to any other higher terrain.

Proportional Prominence 1 114 m
Location
56.771296 N  -131.295761 W
Hoodoo Mountain is a potentially active flat-topped stratovolcano in the Stikine Country of northwestern British Columbia, Canada, located 74 km (46 mi) northeast of Wrangell, Alaska, on the north side of the lower Iskut River and 30 km (19 mi) east of its junction with the Stikine River. It is situated in the Boundary Ranges of the Coast Mountains and existed since the Late Pleistocene stage of the Pleistocene epoch, which began 130,000 years ago and ended 10,000 years ago.

The mountain gets its name from the needle-like lava spines or hoodoos that reach heights of 150 m (490 ft), which give the volcano a strange appearance. This appearance makes Hoodoo Mountain different from other neighbouring mountains in the Boundary Ranges.

The volcano boasts an ice cap on its summit, and radar imaging of the rock beneath the ice has shown that the mountain's flat-topped summit is not just attributable to the ice cap, but the top of the mountain is flat as well. Beneath the summit ice cap lies an ice-filled volcanic crater that rises at an elevation of 1,850 m (6,070 ft) and a topographic prominence of 900 m (2,950 ft). Except for minor irregularities caused by erosion, any contour line drawn is practically a circle.

Hoodoo Mountain consists of a balanced lava dome 6 km (4 mi) in diameter and throughout most of its history, it has been influenced by glacial ice, causing several periods of subglacial eruptions and interactions between volcanic activity and ice sheets. This volcanic process has created Hoodoo's structure and stratigraphy similar to subglacial volcanoes.
By prominence Hoodoo Mountain is
# 99 out of 649 in Regional District of Kitimat-Stikine
Hoodoo Mountain 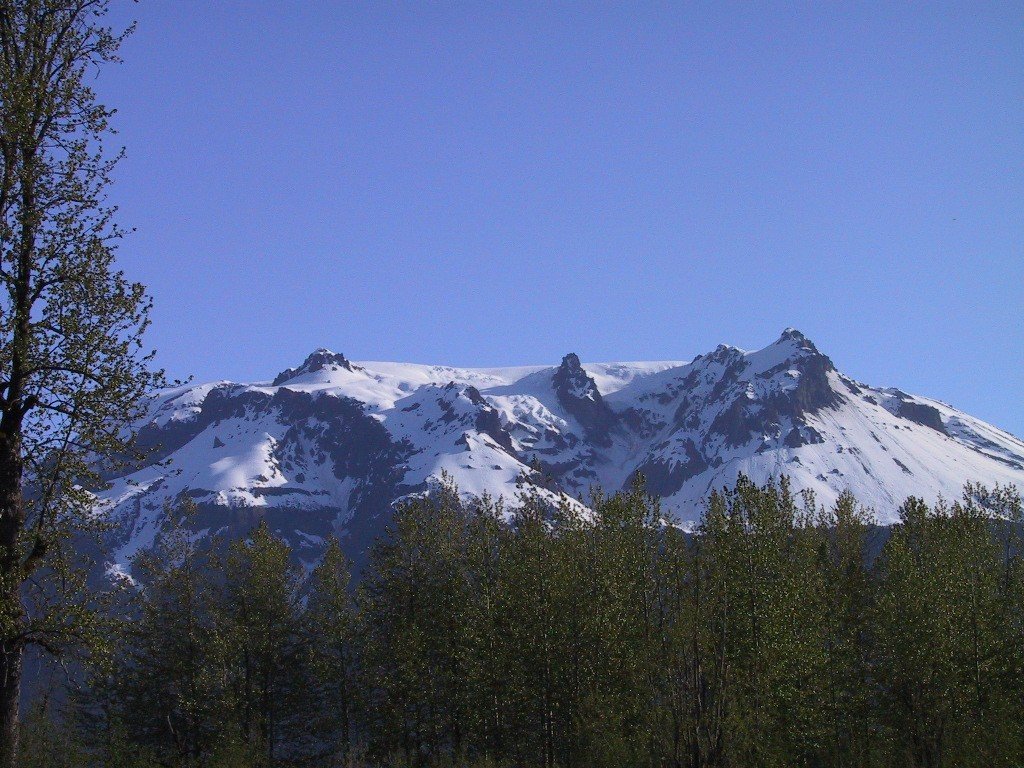