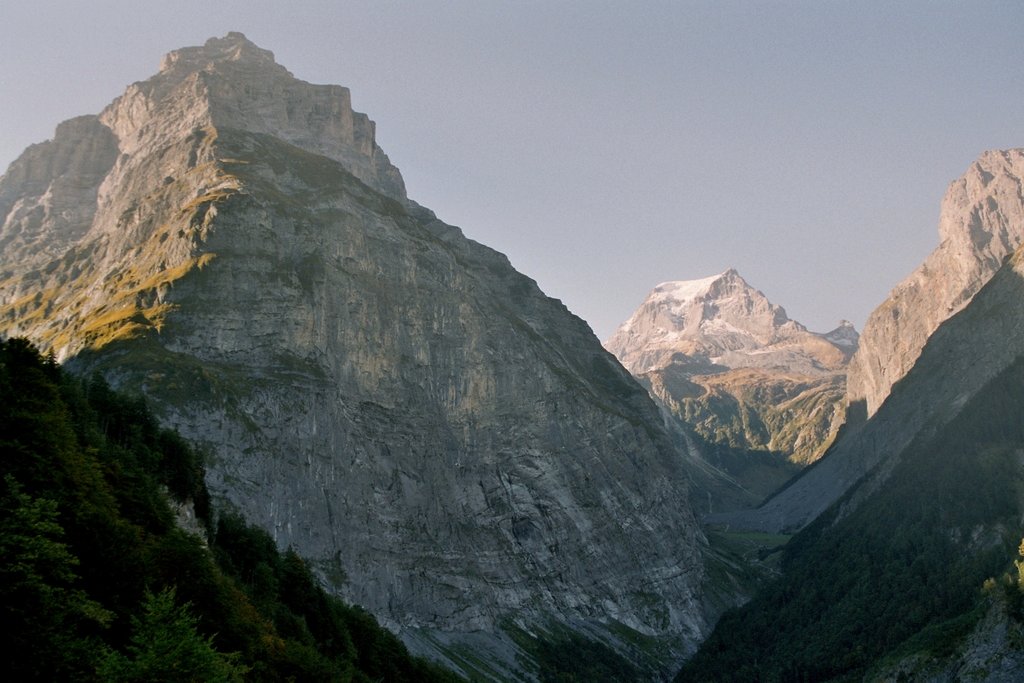 Add photo
3 029 m
Elevation
Elevation is the altitude of a place
above sea level.

186 m
Prominence
Peak’s prominence is the least
vertical to be covered to get from the
summit to any other higher terrain.

The Selbsanft is a mountain massif in the Glarus Alps, overlooking the village of Linthal in the canton of Glarus. The Selbsanft is a large mountain massif consisting of several summits of which the highest is named Hideri Schibe. The massif is a buttress of the Bifertenstock and forms, along with Schiben, the ridge that separates the valleys of the Sand (west) and Limmernsee (east). A small glacier lies east of the summit.

46.818559 N   8.972508 E
Nearest Higher Neighbor
Hinter Schiben - 1.5 km SSW
El: 3 083 m / Prom: 143 m
Check out a downloadable 3D model of Hinter Selbsanft area. A higher resolution model can be found in the PeakVisor mobile app.
Do you have photos of Hinter Selbsanft or know something about it? Please let us know!