Herzogstand map
Go to camera
Teleport
Zoom in
Zoom out

3D View
Herzogstand model
1 731 m
Elevation
Elevation is the altitude of a place
above sea level.

160 m
Prominence
Peak’s prominence is the least
vertical to be covered to get from the
summit to any other higher terrain.

The most popular ascent (AV way 446) leads from the valley station of the aerial tramway across the south side to Herzogstand-house and on to the summit of the mountain. An alternative descent leads along the somewhat exposed but well-secured ridge to the Heimgarten mountain (1,790 metres/5,870 ft), passing a lodge to the south of the Ohlstaedter Alm (1,423 metres/4,669 ft). The descent east of the Rotwandkopf continues down to the spa town of Walchensee (Kochel). 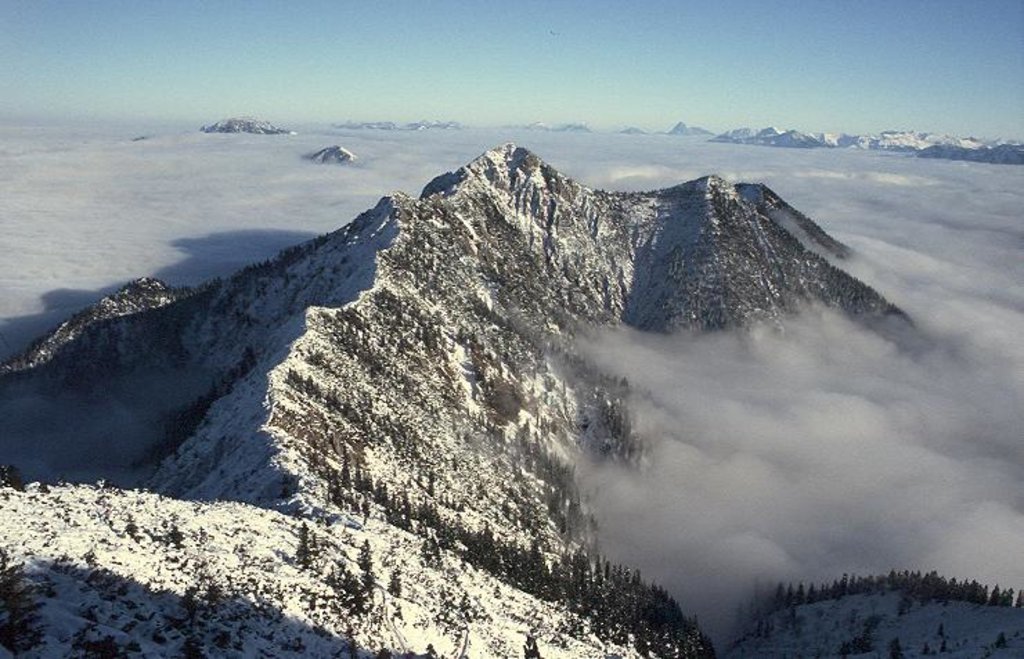 Check out 3D model of Herzogstand. This is a preview. High-resolution model can be found in the PeakVisor mobile app.
Do you have photos of Herzogstand or know something about it? Please let us know!