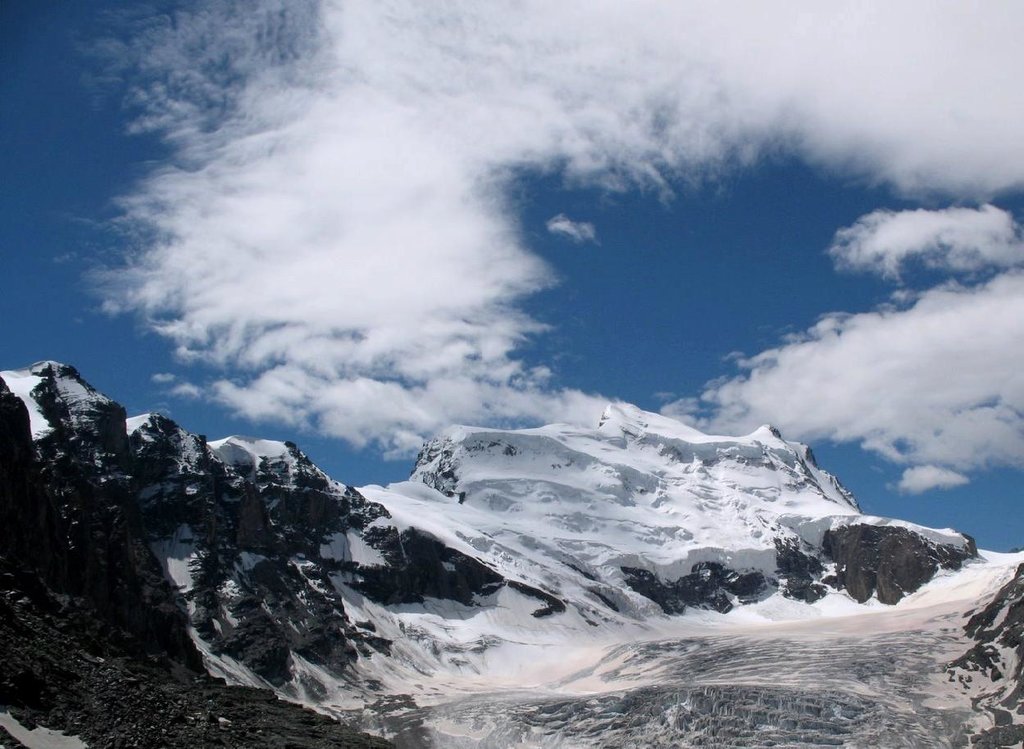 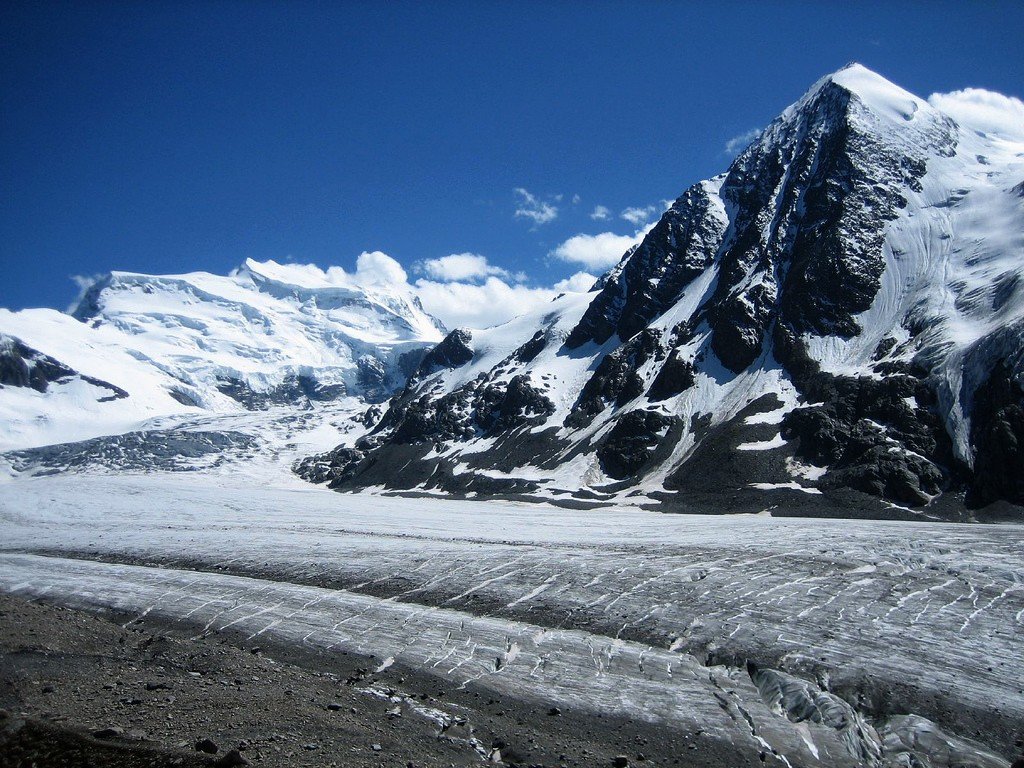 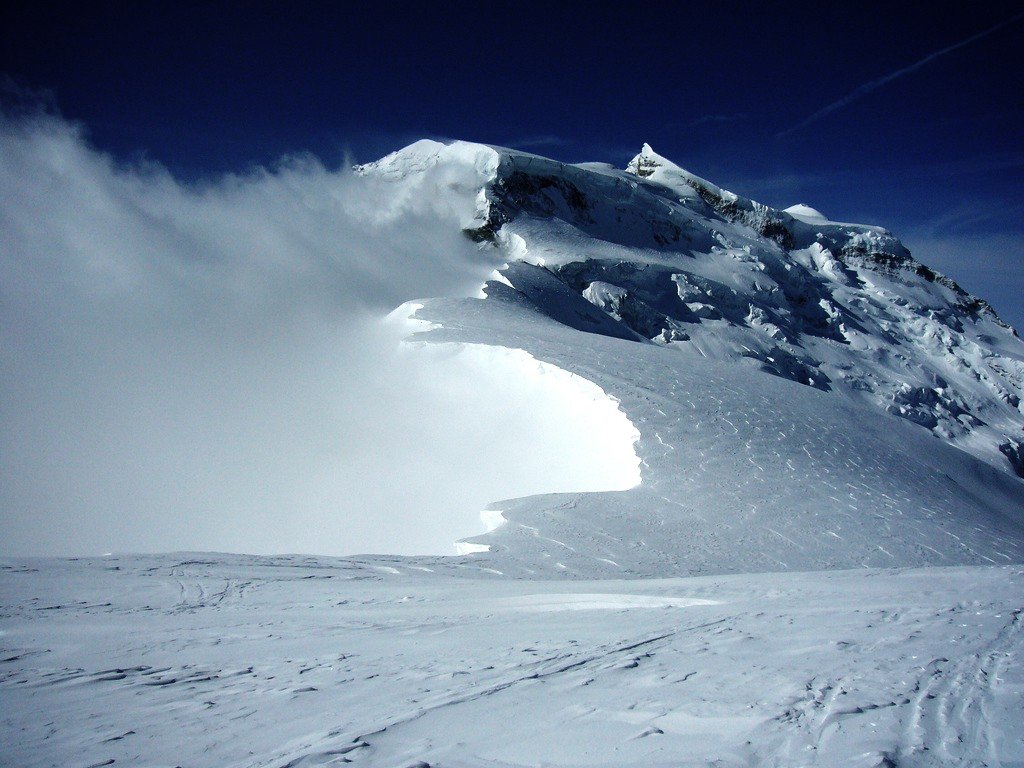 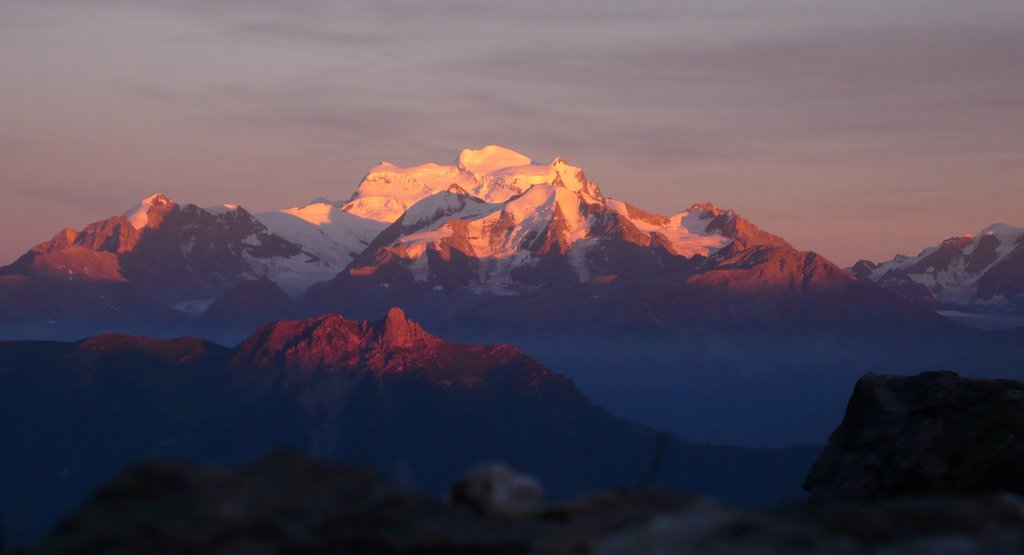 Show 5 photos
Add photo
4 313 m
Elevation
Elevation is the altitude of a place
above sea level.

1 518 m
Prominence
Peak’s prominence is the least
vertical to be covered to get from the
summit to any other higher terrain.

The normal route starts from the Panossière Hut, which lies on the north side in the Corbassière valley. Despite the fact that no major difficulties exist, a particularly dangerous passage has to be traversed on the north flank: Le Corridor. It is a couloir dominated by seracs continuously falling on it.
There's a difficult alpine trail (T6) called Spalla Isler leading to the summit.