Carrauntoohil map
Go to camera
Teleport
Zoom in
Zoom out

1 038 m
Elevation
Elevation is the altitude of a place
above sea level.

1 038 m
Prominence
Peak’s prominence is the least
vertical to be covered to get from the
summit to any other higher terrain.

Location
51.999155 N  -9.743212 W
Carrauntoohil (/ˌkærənˈtuːl/, Irish: Corrán Tuathail) is the highest peak on the island of Ireland. Located in County Kerry, it is 1,038 metres (3,406 ft) high and is the central peak of the Macgillycuddy's Reeks range. The ridge northward leads to Ireland's second-highest peak, Beenkeragh (1,010 m), while the ridge westward leads to the third-highest peak, Caher (1,001 m). Carrauntoohil overlooks three bowl-shaped valleys, each with its own lakes. To the east is Hag's Glen or Coomcallee (Com Caillí, "hollow of the Cailleach"), to the west is Coomloughra (Com Luachra, "hollow of the rushes") and to the south is Curragh More (Currach Mór, "great marsh").

A wooden cross was erected on the summit, a privately owned commonage in the 1950s by the local community, it was replaced by a 5 metres (16 ft) tall steel cross in 1976. In 2014, it was cut down by criminals in an apparent anti-religious attack, but was re-erected shortly after.

Carrauntoohil is classed as a Furth by the Scottish Mountaineering Club, i.e. a mountain greater than three thousand feet high that is outside (or furth of) Scotland, which is why it is sometimes referred to as one of the Irish Munros.
There's a demading hiking trail (T3) leading to the summit. Carrauntoohil is one of the 1 peaks along the Brother O'Shea's Gully (Cummeenoughter) Route. 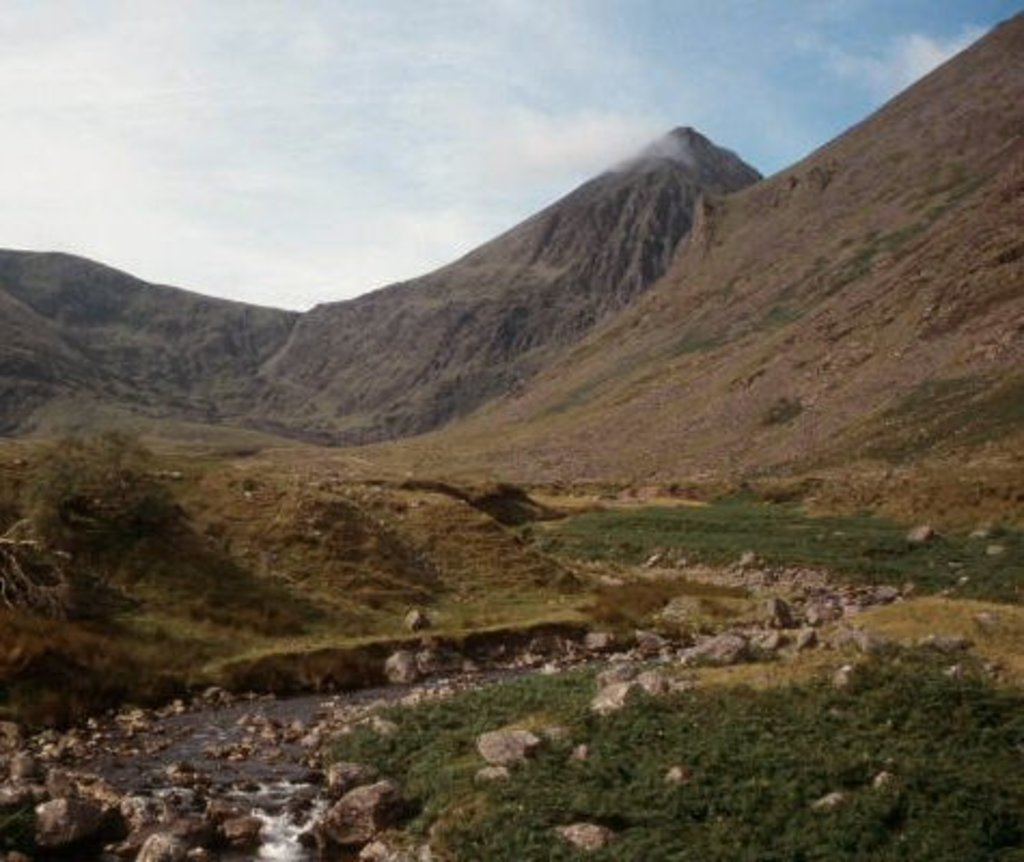 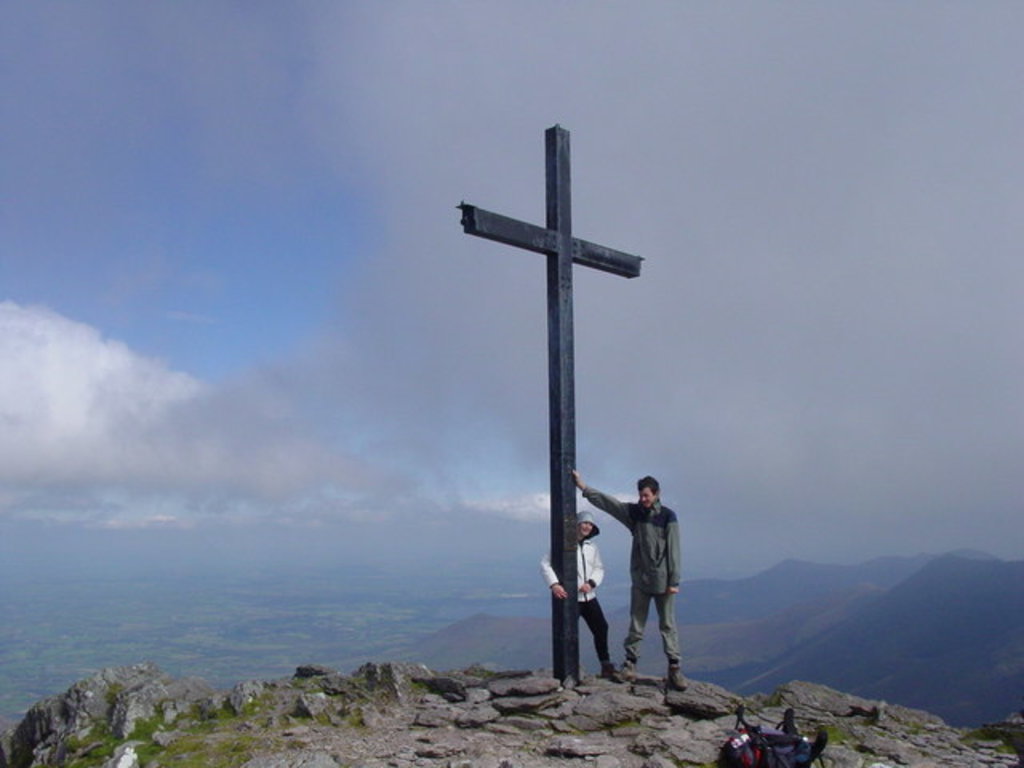 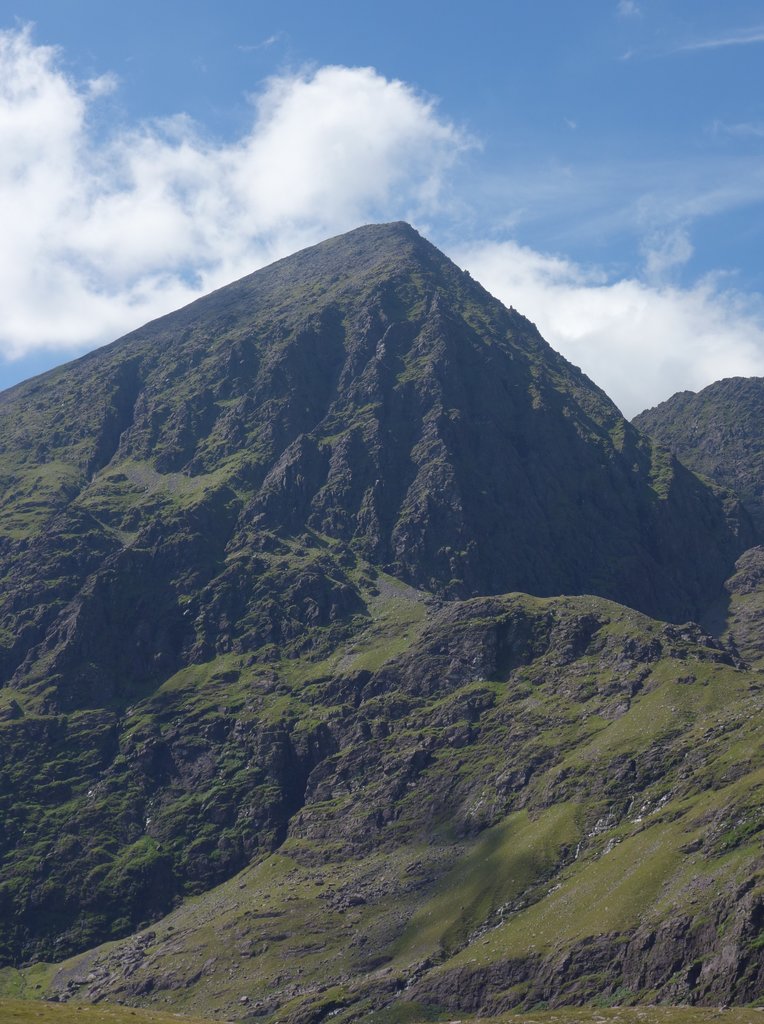 3D View
Carrauntoohil model
Summit Register
See all
Ellen Quilty
Check out a downloadable 3D model of Carrauntoohil area. A higher resolution model can be found in the PeakVisor mobile app.
Do you have photos of Carrauntoohil or know something about it? Please let us know!