974 m
Elevation
Elevation is the altitude of a place
above sea level.

819 m
Prominence
Peak’s prominence is the least
vertical to be covered to get from the
summit to any other higher terrain.

Munro
Mountains in Scotland with a height of over 914 m / 3 000 ft bear a special name, the Munros. They are named after Sir Hugh Munro, the 4th Baronet (1856–1919), who produced the first list of such hills, known as Munro’s Tables, in 1891.
Location
56.189494 N  -4.632322 W
Ben Lomond (Scottish Gaelic: Beinn Laomainn, 'Beacon Mountain'), 974 metres (3,196 ft), is a distinctive mountain in the Scottish Highlands. Situated on the eastern shore of Loch Lomond, it is the most southerly of the Munros. Ben Lomond lies within the Ben Lomond National Memorial Park and the Loch Lomond and The Trossachs National Park, property of the National Trust for Scotland.

Its accessibility from Glasgow and elsewhere in central Scotland, together with the relative ease of ascent from Rowardennan, makes it one of the most popular of all the Munros. On a clear day, it is visible from the higher grounds of Glasgow and across Strathclyde; this may have led to it being named 'Beacon Mountain', as with the equally far-seen Lomond Hills in Fife. Ben Lomond summit can also be seen from Ben Nevis, the highest peak in Britain, over 40 miles (64 km) away. The West Highland Way runs along the western base of the mountain, by the loch.

Ben Lomond's popularity in Scotland has resulted in several namesakes in the former British colonies of Australia, New Zealand, Jamaica, Trinidad and Tobago, and the United States – see this list. The mountain is mentioned directly in the popular folk song The Bonnie Banks o' Loch Lomond.
There's a trail called Ben Lomond Mountain Path leading to the summit. 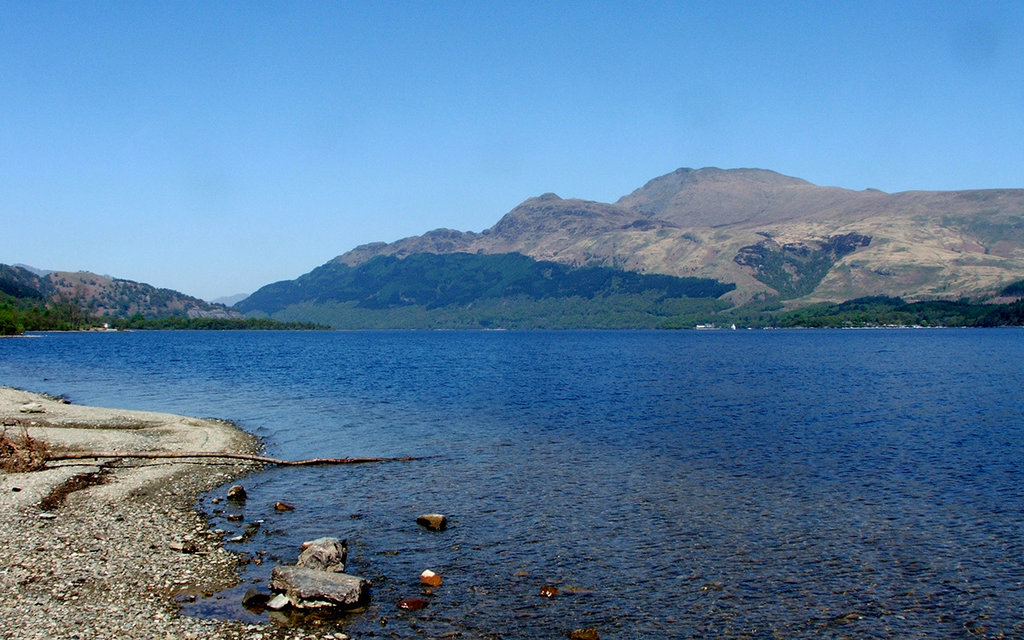 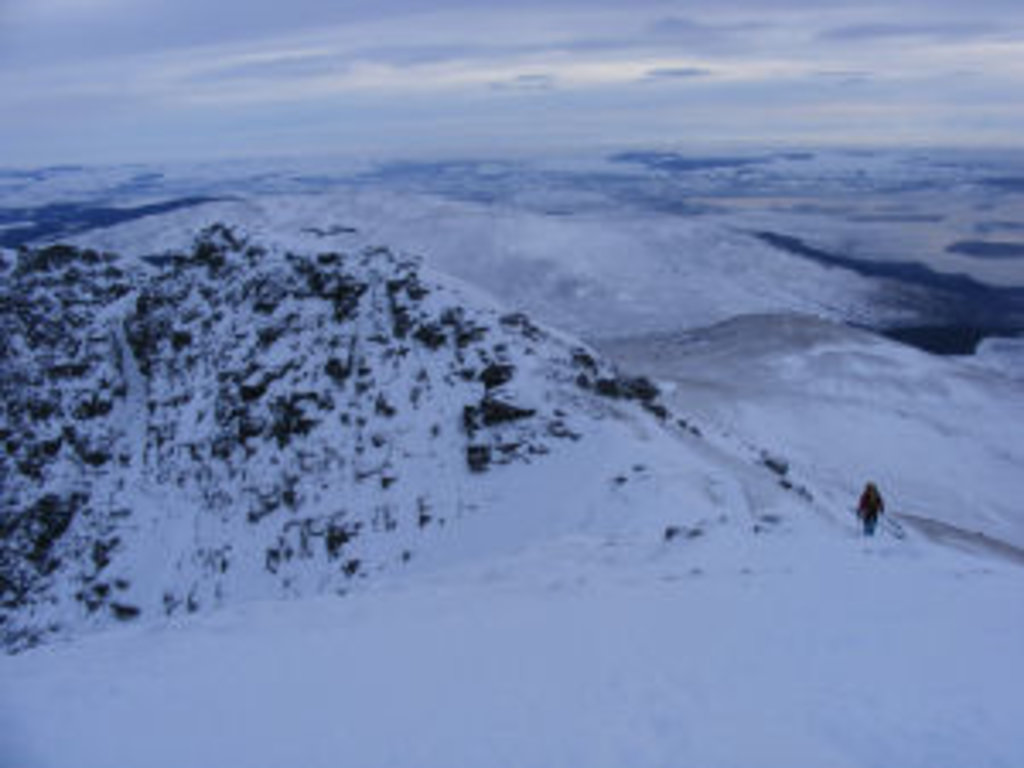 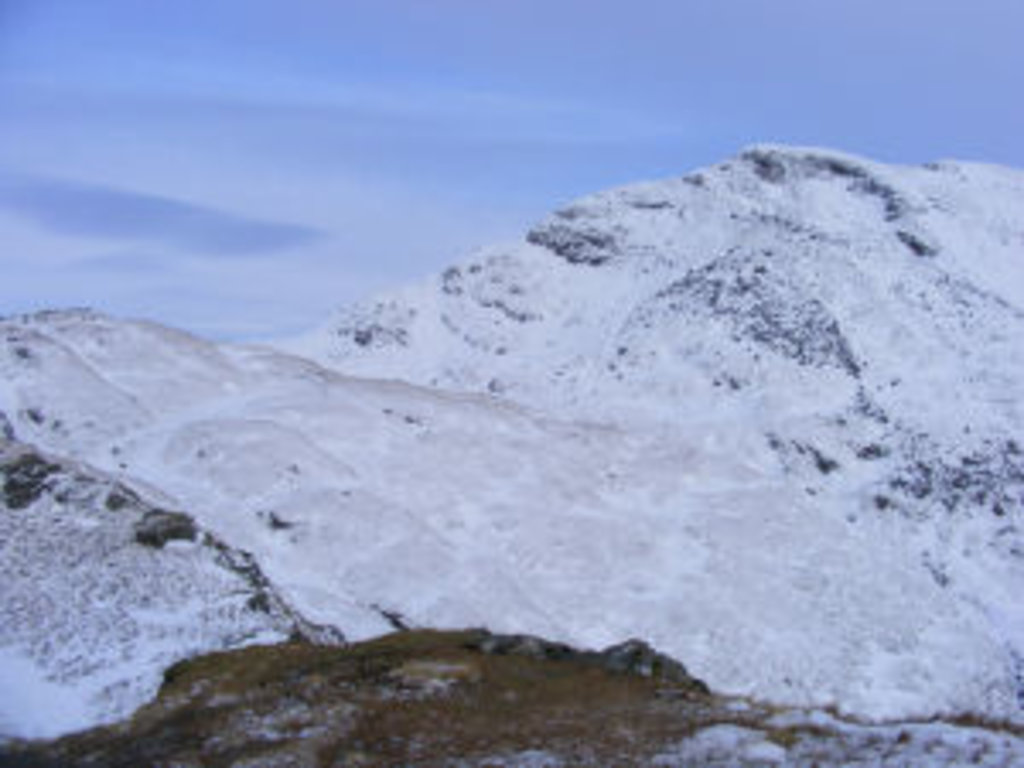 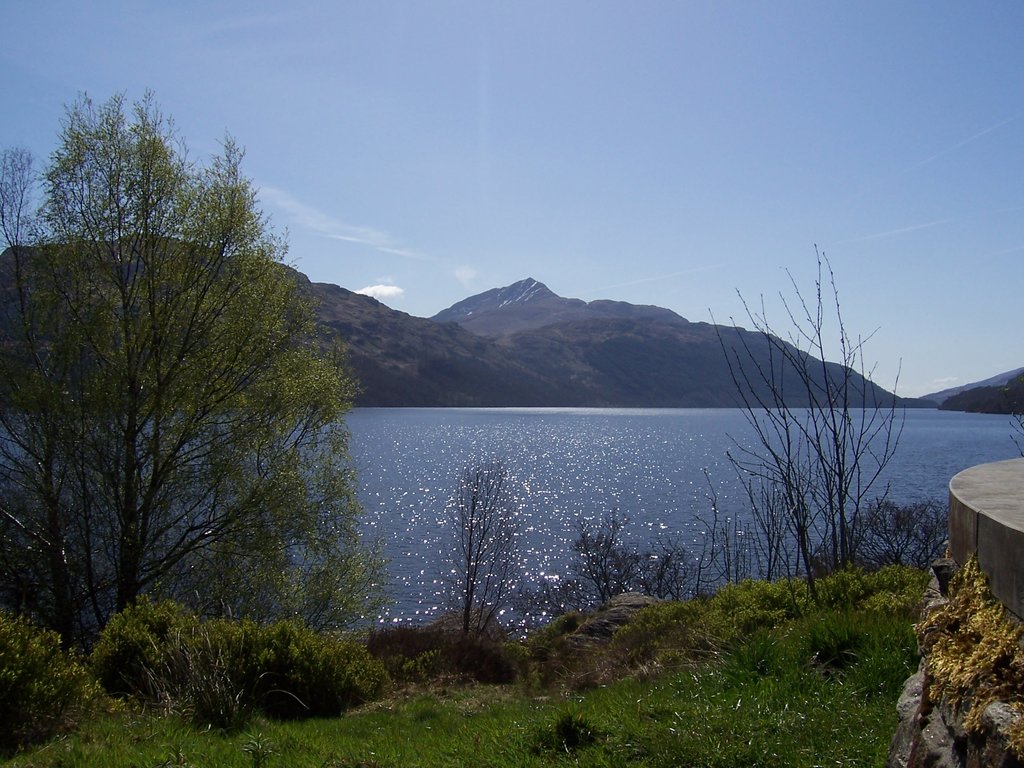 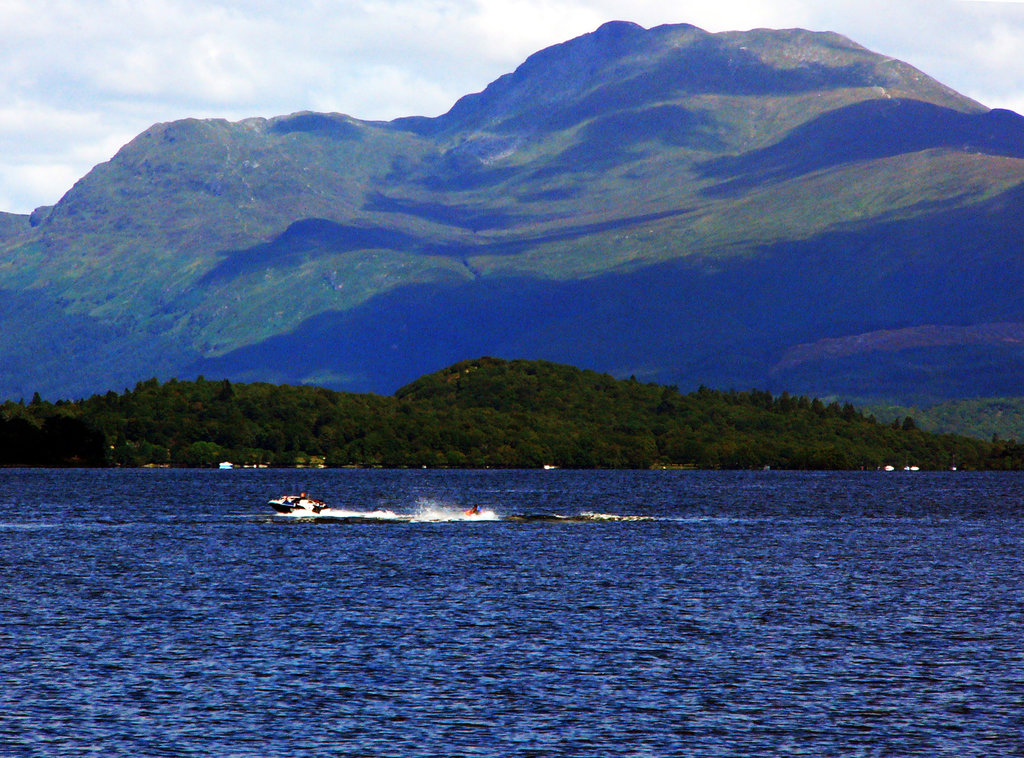 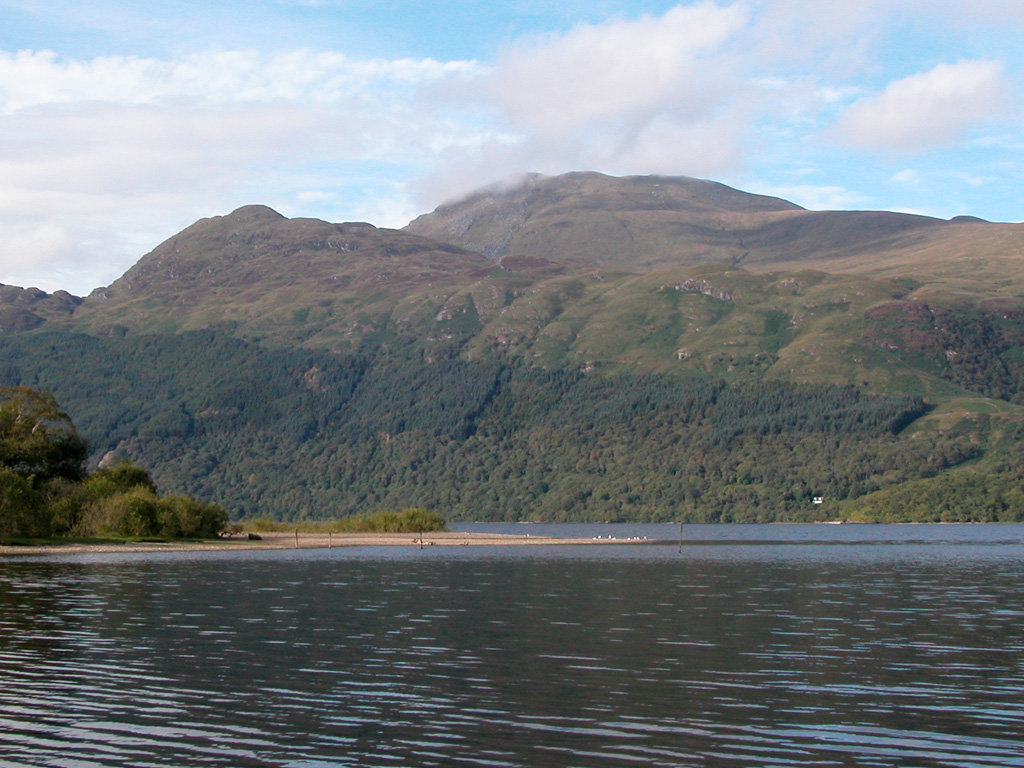 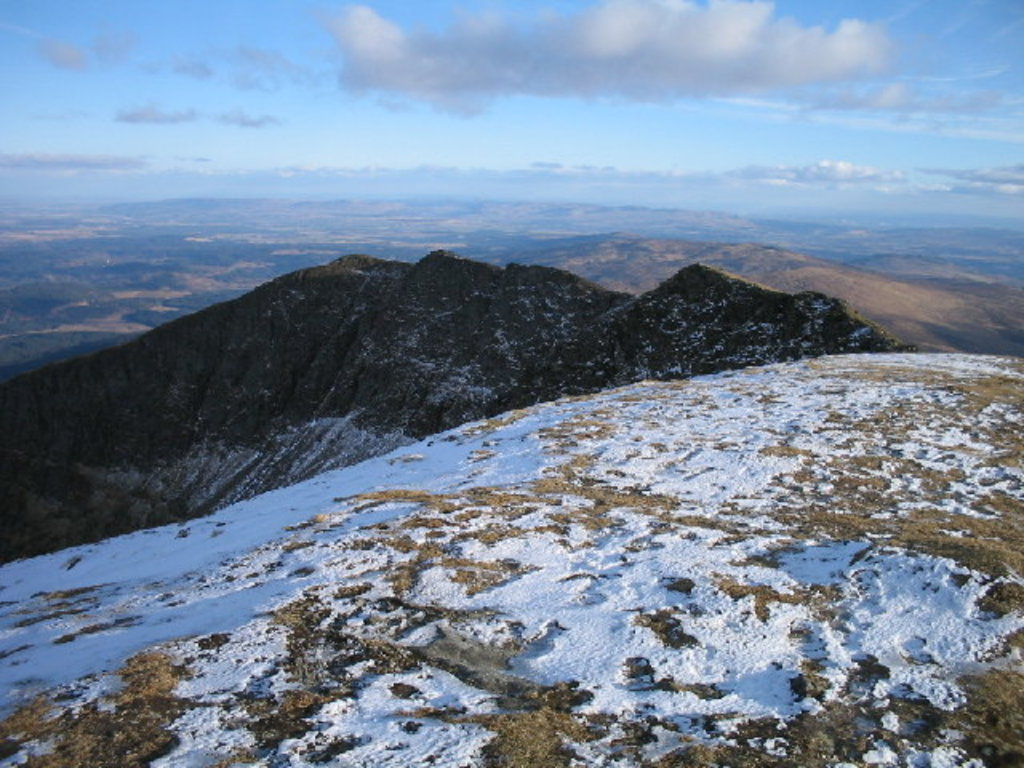 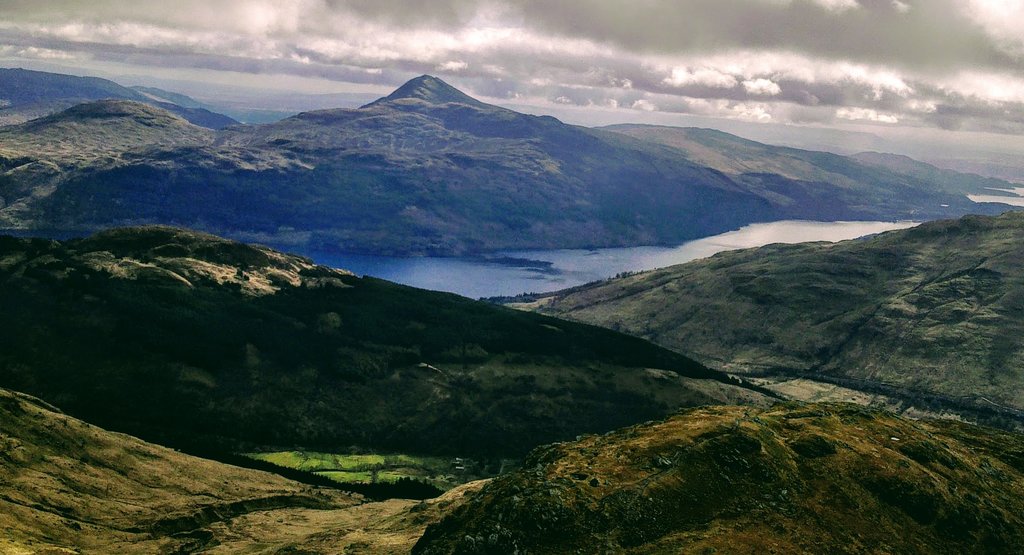 3D View
Ben Lomond model
Ranges
Parks
Summit Register
See all
Simon Howard
Check out a downloadable 3D model of Ben Lomond area. A higher resolution model can be found in the PeakVisor mobile app.
Do you have photos of Ben Lomond or know something about it? Please let us know!