1 479 m
Elevation
Elevation is the altitude of a place
above sea level.

234 m
Prominence
Peak’s prominence is the least
vertical to be covered to get from the
summit to any other higher terrain.

Proportional Prominence 939 m
AHP46
The 46 Adirondack High Peaks
Location
44.121171 N  -73.886451 W
Basin is the ninth-highest peak of the High Peaks Region in the Adirondack Park in New York, United States. The peak was named by Verplanck Colvin for several basins formed between knobs on its slopes. It is located in the High Peaks Wilderness Area. A basin is an area of land enclosed by higher land.

Basin Mountain is one of the highest peaks in the Great Range.

Basin Mountain can be climbed from many trailheads in the Adirondacks. The shortest route to the peak starts at The Garden trailhead west of the village of Keene Valley. An excellent hike would be starting at the Roostercomb Trailhead in Keene Valley and climbing along the entire Great Range. There are very steep sections of open rock in the Great Range which make this very challenging. Also, the mileage and vertical rise are considerable, which would make this best be done as an overnight trip or a day trip with very light packs. The trail climbs up to a junction below the summit of Roostercomb. That is a four way intersection with a spur trail leading to Roostercomb and another leading to the Snow Mountain and the Ausable Valley. Straight ahead leads further up the Range toward Hedgehog Mountain. The side trips to Snow and Roostercomb should definitely be taken since those are nice open rocky peaks. Then continuing to Hedgehog and down the other side, there is probably the best camping area. The next day will be longer because the route takes you up Lower Wolf Jaw, Upper Wolf Jaw, Armstrong, Gothics, Saddleback, and Basin. The next day the trail would take you up and over Haystack to Panther Gorge and then up so Four Corners where Skylight and Marcy can be climbed. Other peaks after this can be climbed depending on the ending trailhead and the amount of time. Peaks in the area would include Gray, Redfield, Cliff, Colden, Allen, Phelps, Tabletop, Marshall, Iroquois, Algonquin, and Wright. Of course doing all those peaks would be pretty hard on top of the entire Great Range.
There's a hiking trail (T2) called State Range Trail leading to the summit. Basin Mountain is one of the 2 peaks along the State Range Trail. 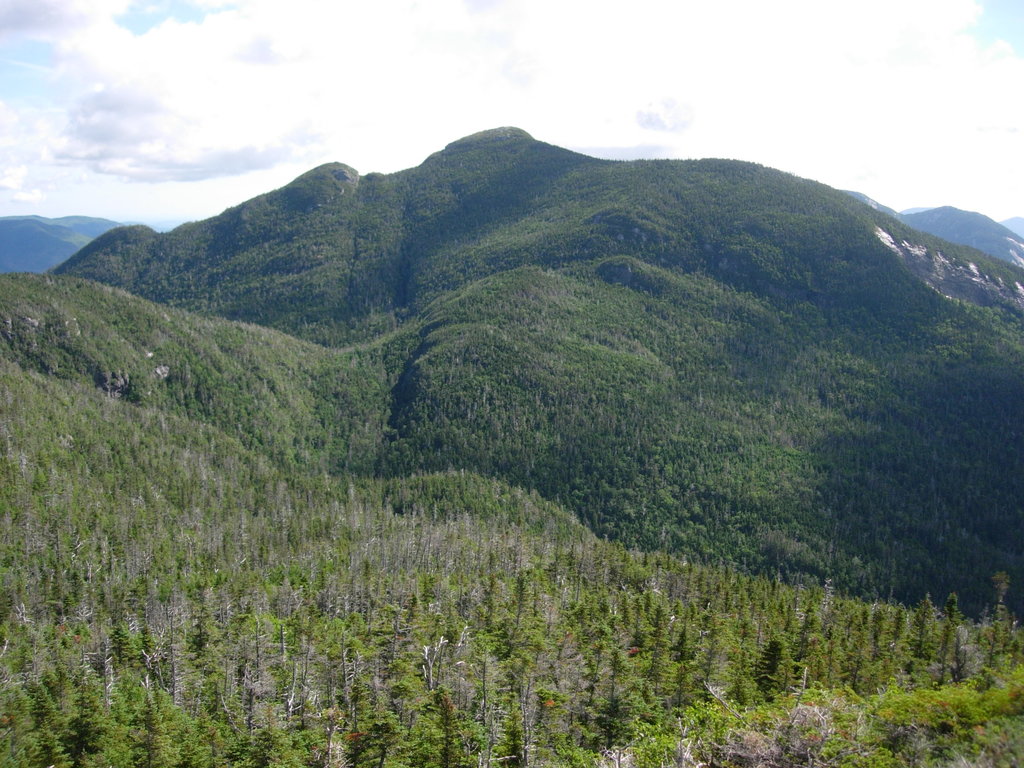