Alaid map
Go to camera
Teleport
Zoom in
Zoom out

2 339 m
Elevation
Elevation is the altitude of a place
above sea level.

2 339 m
Prominence
Peak’s prominence is the least
vertical to be covered to get from the
summit to any other higher terrain.

Ultra
Mountains with prominence of 1 ⁠500 ⁠m / 4 ⁠921 ⁠ft or more.
Volcano
Most commonly a conical hill or mountain built around a vent that connects with reservoirs of molten rock below the surface of the Earth.
Location
50.86084 N  155.564655 E
Atlasov Island, known in Russian as Ostrov Atlasova (Остров Атласова), or in Japanese as Araido (阿頼度島), is the northernmost island and volcano and also the highest volcano of the Kuril islands, part of the Sakhalin Oblast in Russia. The Russian name is sometimes rendered in English as Atlasova Island. Other names for the island include Uyakhuzhach, Oyakoba and Alaid, the name of the volcano on the island.

The island is named after Vladimir Atlasov, a 17th-century Russian explorer who incorporated the nearby Kamchatka Peninsula into Russia. It is essentially the cone of a submarine volcano called Vulkan Alaid protruding above the Sea of Okhotsk to a height of 2,339 metres (7,674 feet). The island has an area of 119 square kilometres (46 square miles), but is currently uninhabited. Numerous pyroclastic cones dot the lower flanks of basaltic to basaltic andesite volcano, particularly on the NW and SE sides, including an offshore cone formed during the 1933–34 eruption.

Its near perfect shape gave rise to many legends about the volcano among the peoples of the region, such as the Itelmens and Kuril Ainu. The Russian scientist Stepan Krasheninnikov was told the story that it was once a mountain in Kamchatka, but the neighbouring mountains became jealous of its beauty and exiled it to the sea, leaving behind Kurile Lake in southern Kamchatka. Geographically, this story is not without evidence, as after the last Ice Age most of the icecaps melted, raising the world's water level, and possibly submerging a landbridge to the volcano. Following the transfer of the Kuril Islands to Japan by the Treaty of St Petersburg, 1875, Oyakoba as it is called by the Japanese, became the northernmost island of the empire and subject of much aesthetic praise, described in haiku, ukiyo-e, etc. Ito Osamu (1926) described it as more exquisitely shaped than Mount Fuji. 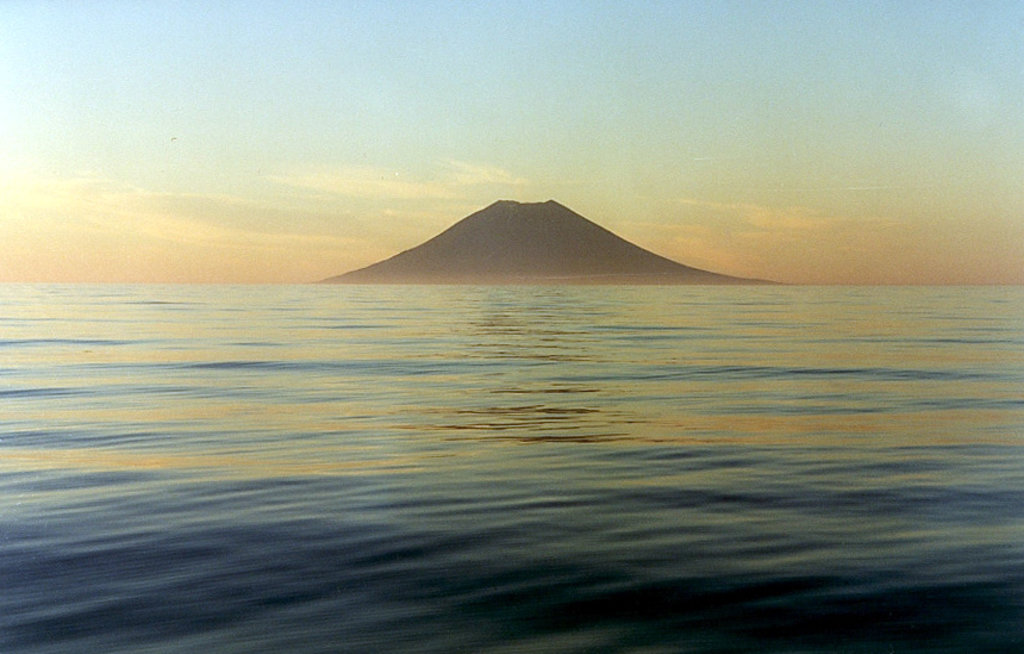 3D View
Alaid model
Ranges
Check out a downloadable 3D model of Alaid area. A higher resolution model can be found in the PeakVisor mobile app.
Do you have photos of Alaid or know something about it? Please let us know!