4 121 m
Elevation
Elevation is the altitude of a place
above sea level.

731 m
Prominence
Peak’s prominence is the least
vertical to be covered to get from the
summit to any other higher terrain.

It was first climbed on 29 June 1865 by Edward Whymper, Christian Almer and Franz Biner, a fortnight before the fateful first ascent of the Matterhorn. Whymper was unable to climb with his usual guide, Michel Croz, who had to wait for a client in Chamonix. As a result, Whymper hired the services of Christian Almer, who had been with Alfred Wills on the Wetterhorn in 1854. Whymper describes the push for the summit:

At the top of the small gully we crossed over the intervening rocks into the large one [the eponymous Whymper couloir]. At last ice replaced snow, and we turned over to the rocks upon its left. Charming rocks they were; granitic in texture, gritty, holding the nails well. At 9.45 we parted from them, and completed the ascent by a little ridge of snow which descended in the direction of the Aiguille du Moine. At 10.15 we stood on the summit (13, 541 feet [sic]), and devoured our bread and cheese with a good appetite.

The second ascent was by Charles Hudson, T. S. Kennedy and Michel Croz via the Moine ridge. The first ascent of the Arête Sans was accomplished by Nicolas Jaeger in 1972.
The nearest mountain hut is Refuge de la Charpoua located 1 636m/5 368ft SW of the summit. 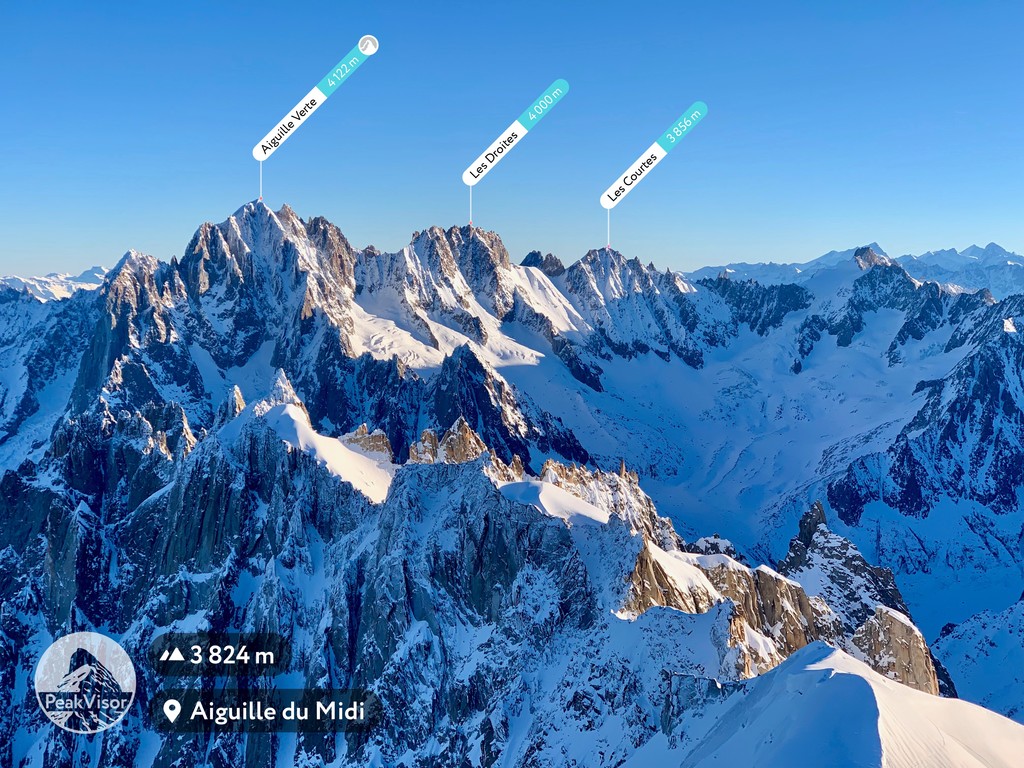 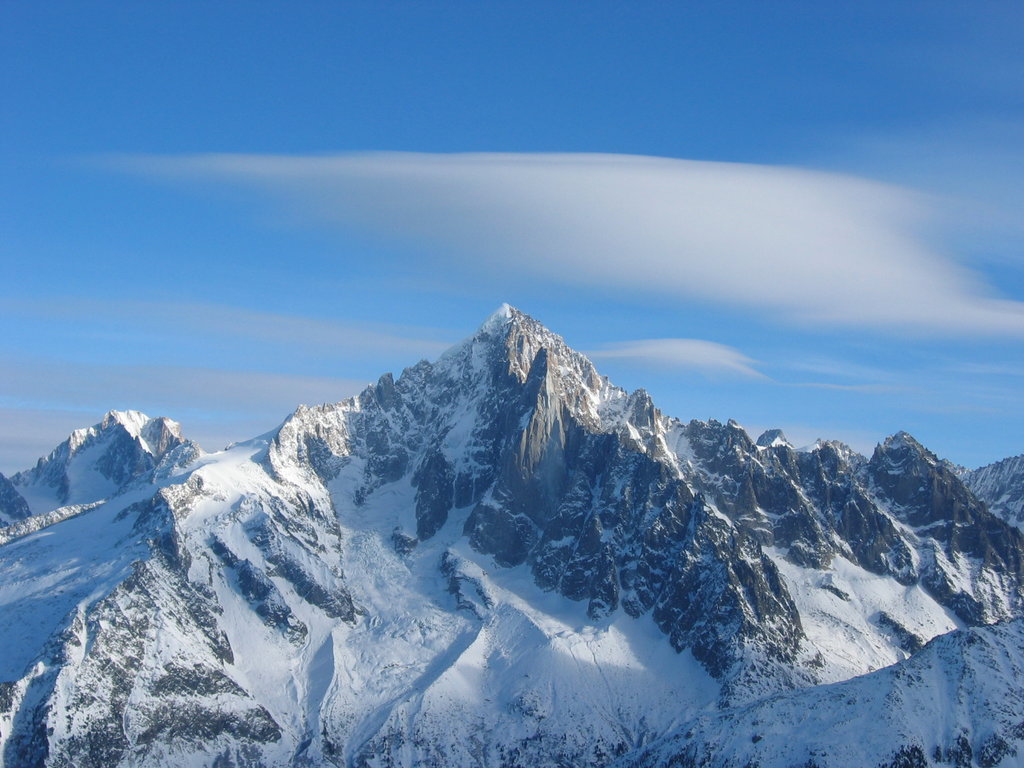 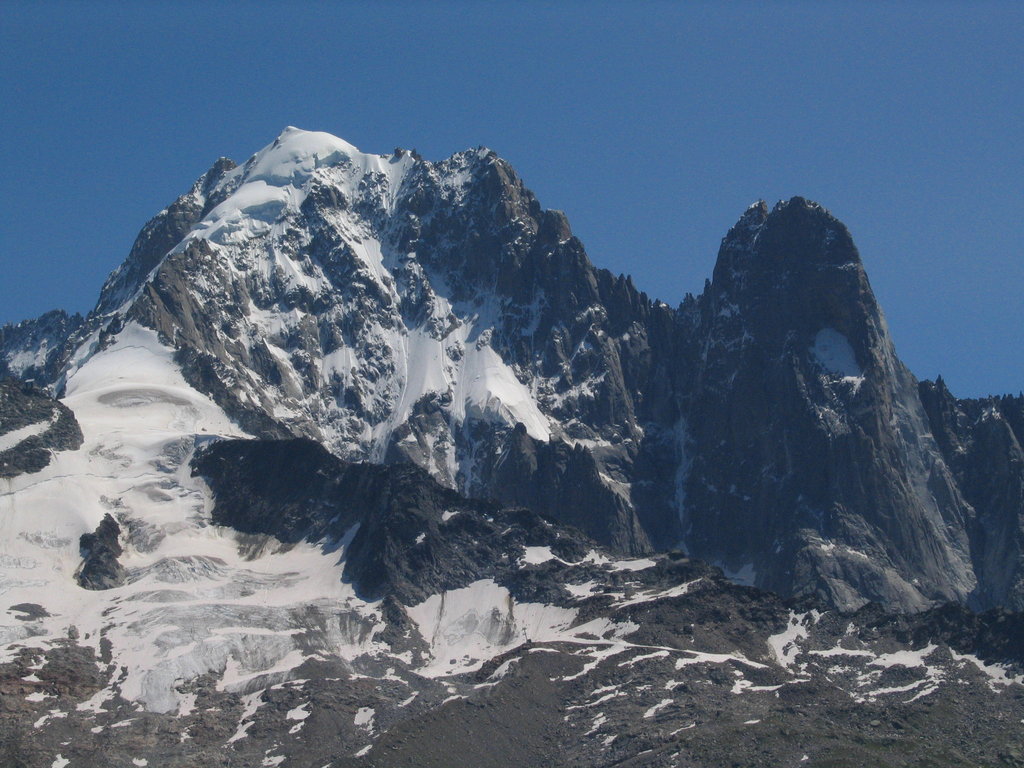 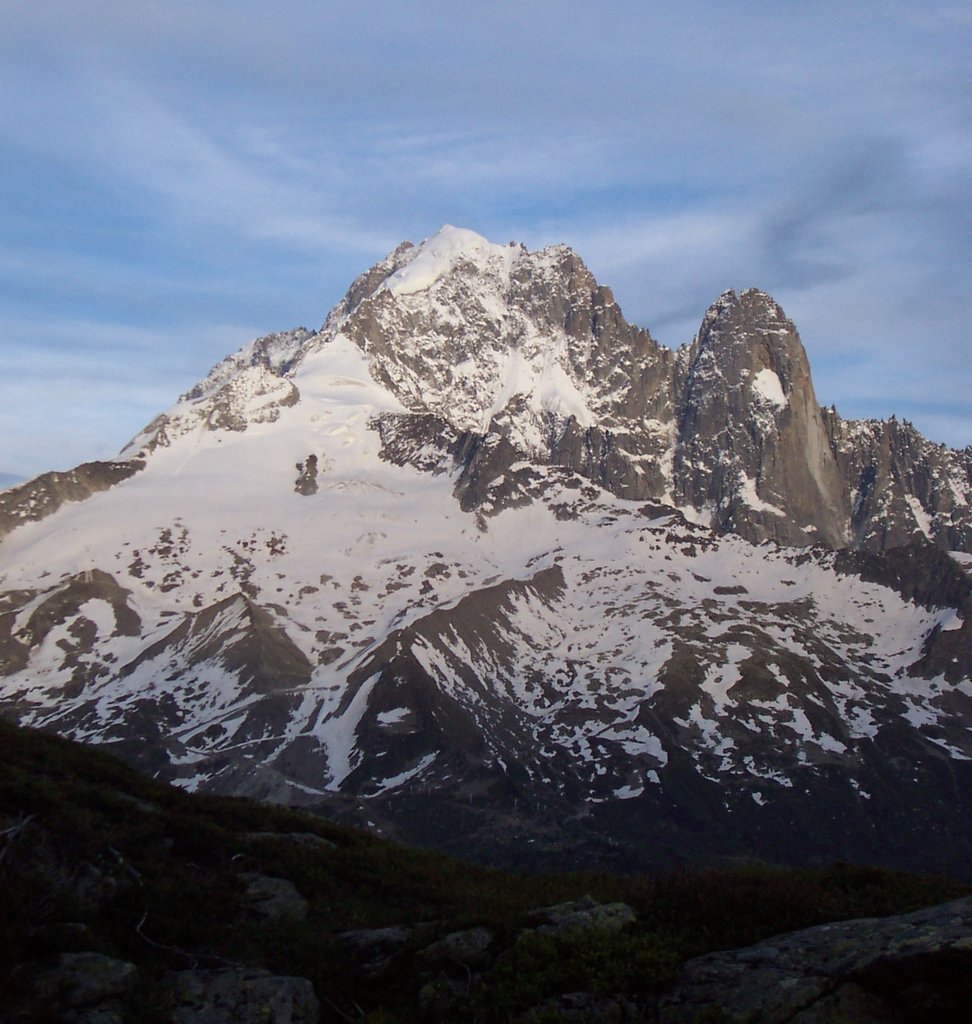 45.869444 N   6.987222 E
Nearest Higher Neighbor
Grandes Jorasses/ Pointe Whymper - 7.4 km SSE
El: 4 180 m / Prom: 46 m
Check out a downloadable 3D model of Aiguille Verte area. A higher resolution model can be found in the PeakVisor mobile app.
Do you have photos of Aiguille Verte or know something about it? Please let us know!