Shey Phoksundo National Park is a stunning outdoor recreation destination located in Nepal that’s known for its mountainous landscapes. The park contains 22 named mountains, the tallest and most prominent peak of which is Kānjirobā at 6,883 m (22,582 ft) in elevation with 1,864 m (6,115 ft) of prominence. 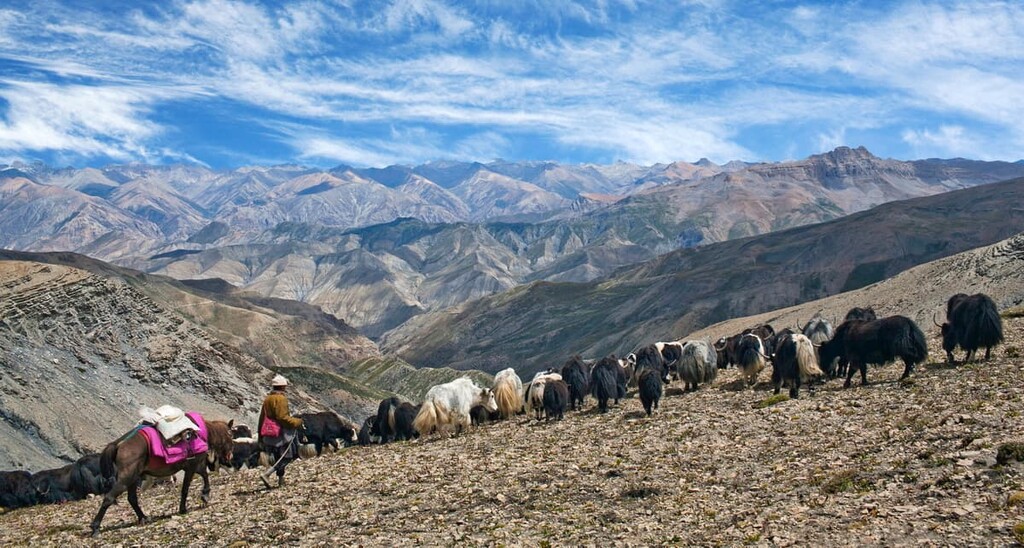 Shey Phoksundo National Park is situated in northeastern Nepal. The park is both the largest and only trans-Himalayan national park in the entire country.

The park spans 3,555 sq km (1,373 sq mi) of land across the regions of Dolpa and Mugu. Shey Phoksundo National Park is situated in the mid-western region of the country and is often referred to as one of the most breathtaking high elevation parks in the entire world.

Major rivers in the park include the Langu River, which drains the Dolpo Plateau, along with the Suligad and Jugdual rivers which flow south through the park. Shey Phoksundo National Park encompasses land that’s located both to the north and south of the main crest of the Himalaya. Because of this, the park has a diverse array of landscapes.

The northern region of the park is far more barren, with the Dhaulagiri and Kanjiroba subranges forming a barrier between the two regions. The southern reaches of the park are characterized by diverse fauna, forested patches and foothills accessible for hiking.

The mountains in the Shey Phoksundo National Park are part of the Himalaya proper. Home to tallests peaks in the world, the Himalaya formed around 50 million years ago when the Eurasian plate and the Indian plate collided.

Located on the Main Central Thrust Zone (MCT), the geology of Shey Phoksundo National Park is similar to much of the rest of the Himalaya. Slate, dolomite, quartzite, crystalline, and slate are common rocks found throughout the park. Since the mountains in the park, and the entire Himalaya range, were formed by the collision of two plates, there are also numerous metamorphic structures found throughout the entire region.

The Himalayan range is a relatively young range, as it started to form around 40 to 50 million years ago. Because the Indian plate is still colliding with the Eurasian plate, the range continues to rise around 5 mm (0.2 in) every year.

Shey Phoksundo National Park is home to a vast array of both flora and fauna. The northern regions of the park are quite barren as they are part of the upper Himalaya. High elevations and frigid temperatures don’t allow for much plant or animal life.

However, trans-Himalayan slopes in the park contain plants such as rhododendron, salix, juniper, white birch, and caragana shrubs. The high meadows within the park are also likely to be home to patches of silver fir. Less than five percent of the park is covered in forest, with a large majority of these sections being located in the southern portion of Shey Phoksundo.

In particular, flora biodiversity thrives in the Suligad Valley of the park. Here, hemlock, cedar, spruce, blue pine, and even patches of bamboo attract a plethora of animal species.

The park provides a home for numerous endangered species, including the snow leopard, blue sheep, grey wolf, and musk deer. Other animals found throughout the park include jackal, Himalayan black bear, Himalayan tahr, leopard, and the yellow-throated marten. Common birds in the park include the Tibetan partridge, wood snipe, wood accentor, and the rosefinch.

Humans have inhabited the region surrounding Shey Phoksundo National Park for thousands of years. Within the park, there are numerous gompas (Buddhist ecclesiastical sites) and other religious sites.

The most famous gompa in the park is Shey Gompa, which was established in the eleventh century and is still a functioning Buddhist monastery. The Thasthung Gompa was built around 900 years ago and its aim was to conserve and protect the sacred wildlife and landscape.

Besides the monasteries throughout the region, the park is also home to over 9,000 people. There are a number of small communities that lie throughout the park, many of which are thought to be some of the highest elevation settlements on the entire planet. Many of the communities are centered around farming and the raising of livestock.

The park was officially established in 1984 in order to further protect the cultural and religious significance of the region. While it is not as popular among tourists as some of the parks located in western Nepal, such as Sagarmatha National Park or the Annapurna Conservation Area, it is a fantastic place to visit if you’re looking to get off the beaten path.

Shey Phoksundo National Park is home to a few trails. Solo trekking and hiking is allowed to Ringmo and Phoksundo Lake. However, multi-day treks that enter the inner Dolpa region require a group trekking permit. Here are some of the best hiking options in the park to consider:

The trail starts near the community of Bagala before traveling westward in the park. The route ends at the southern end of the lake within the community of Ringmo. While the route can be completed out and back in one day, it is often a multi-day trip with hikers spending the night in Ringmo.

The route can only be reached by first hiking to Phoksundo Lake. Once at the lake, many visitors travel out and back on this trail because it provides views of the entire turquoise lake that the park is known for.

Trans-Himalayn treks can be found through trekking agencies throughout Nepal. These guided trips can range from a multi-day hiking excursion to a mountaineering course amidst the tallest peaks in the world. Due to the remoteness of this region, it is often best to arrange for a guide before traveling to the park, particularly if you are new to trekking in Nepal.

Looking for a place to stay near Shey Phoksundo National Park? Here are some of the best cities and villages to check out in the region:

Located within the park boundaries lies the village of Ringmo. The village has a seasonal population of 200 residents. The traditional city is home to many people of Tibetan ethnicity who follow the Bön (བོན) faith.

The city sits at 3,660 m (12,010 ft) elevation along the landslide dam that formed what is now Phoksundo lake. The Phoksundo river drains a half kilometer from the village, forming the tallest waterfall in the region at 167 m (548 ft).

The best way to reach the Shey Phoksundo National Park is by flying from Nepalgunj in the south of the country to the Dolpa Airport (Juphal Airport) near the park. Nepalgunj sits on the Terai plains in southern Nepal and it has a population of around 140,000. The city is also accessible by both road and air from Kathmandu.

The major city of the region has a diverse culture and acts as a major gateway to many of the remote villages that lie to the north. Popular tourist destinations include the Bageshwori Temple, Banke National Park, and Bardia National Park. 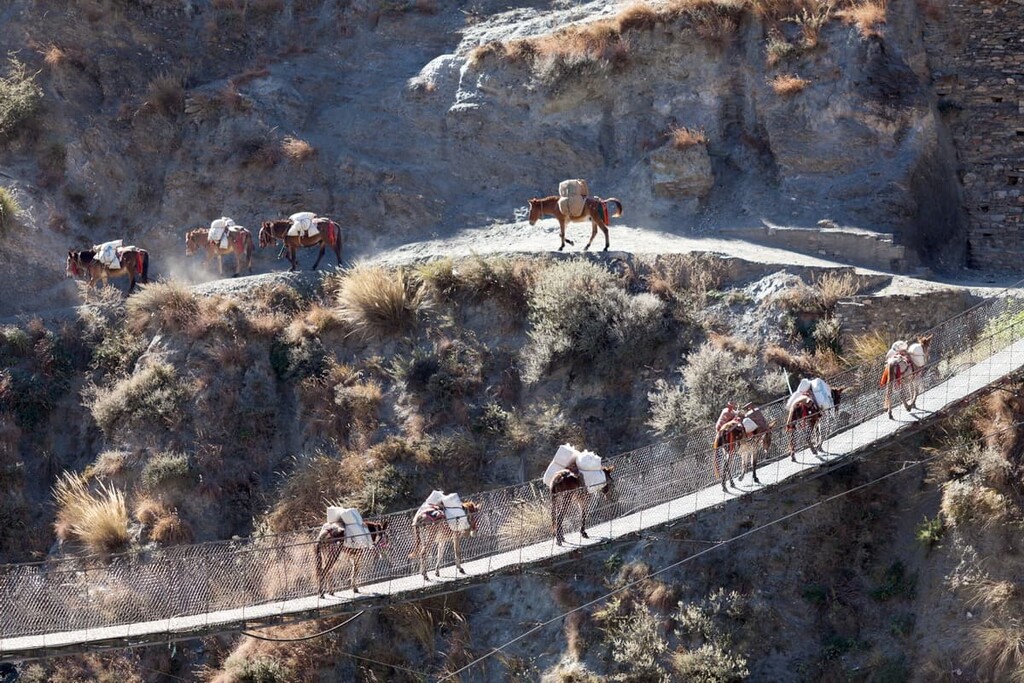 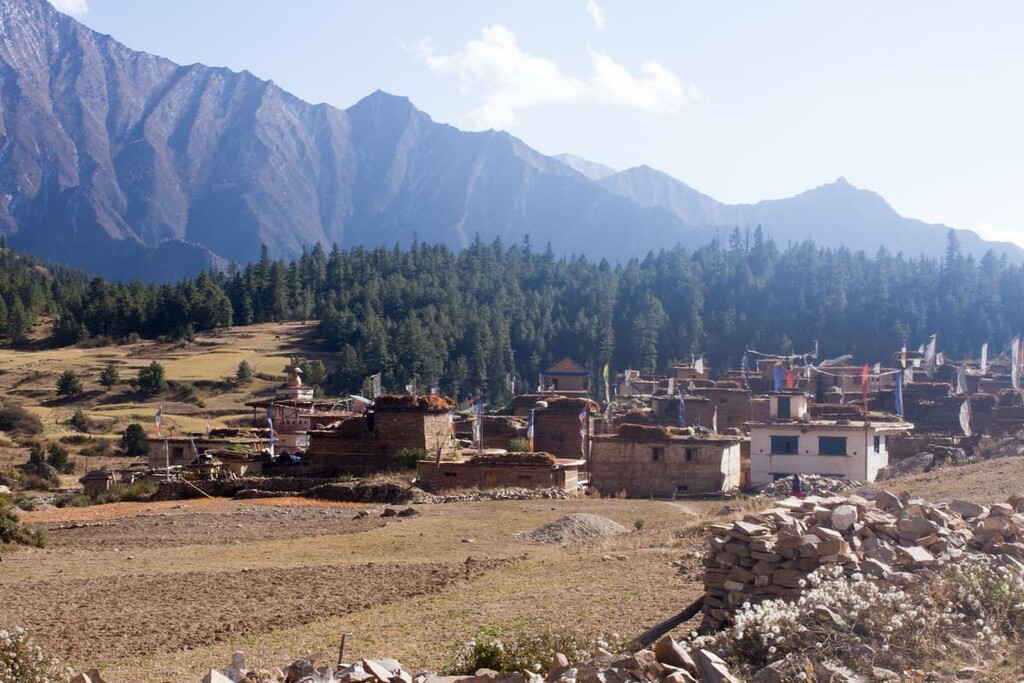 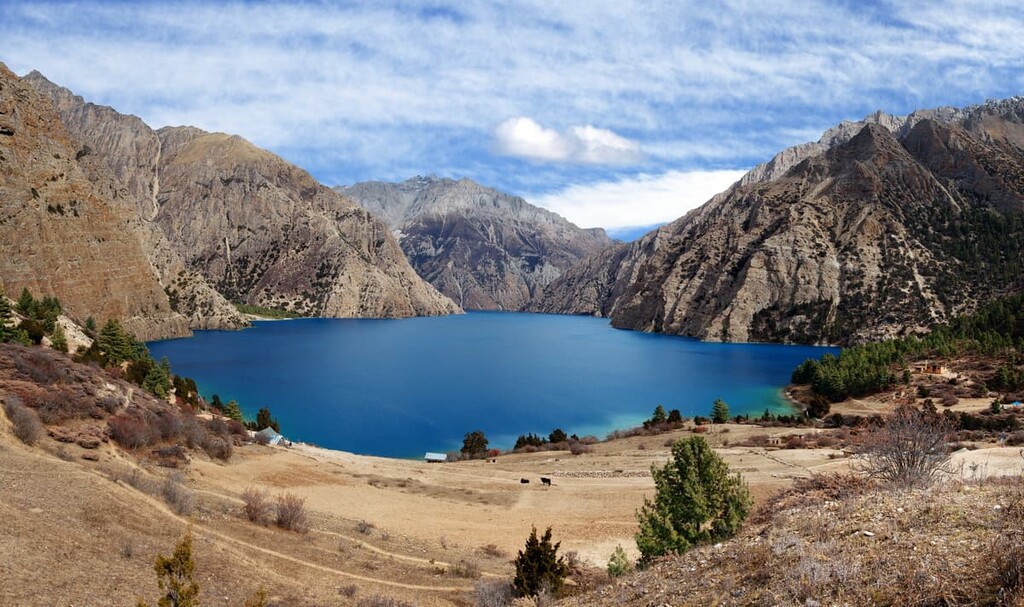 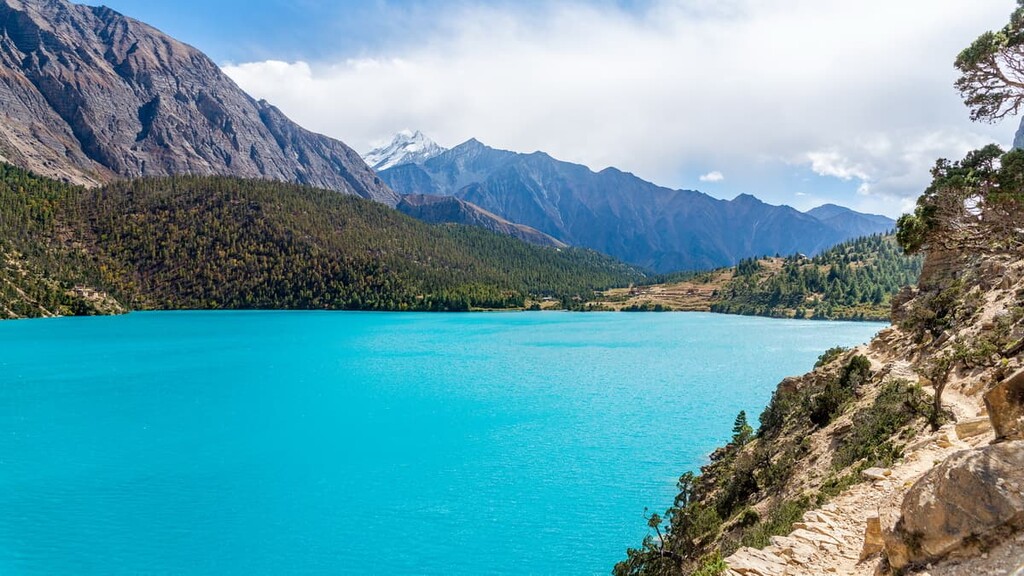 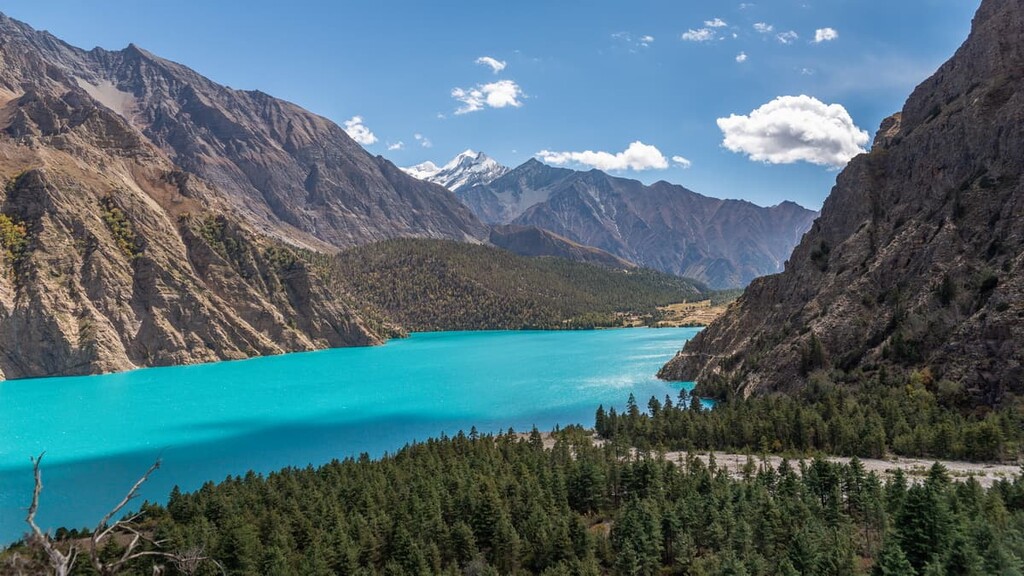 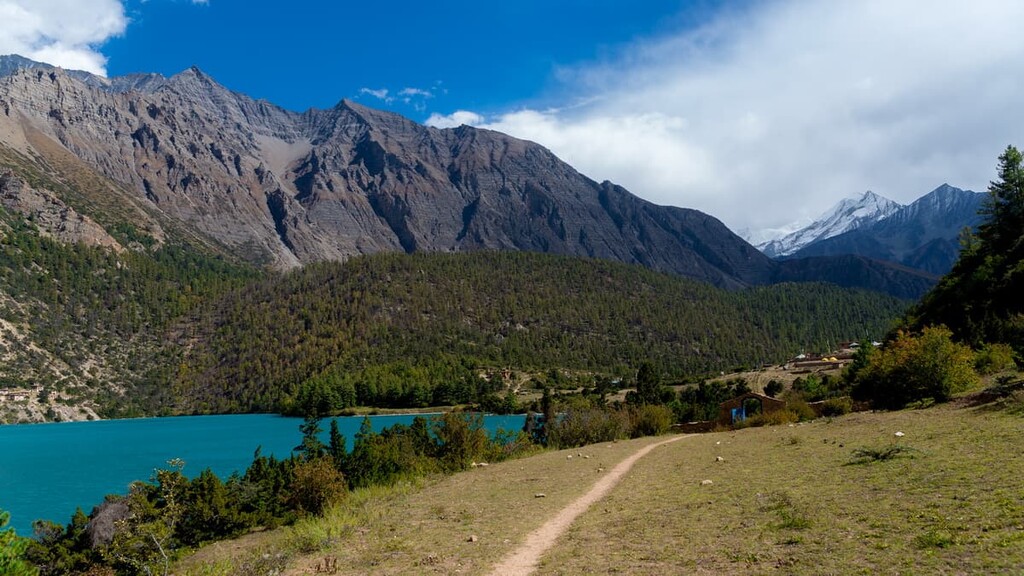